This intact, 19th-century brewery is the perfect place to celebrate Halloween. Its resident ghosts have been documented on SyFy’s Ghost Hunters series. 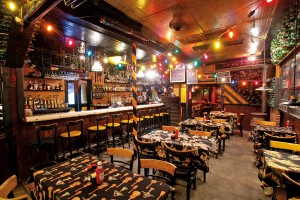 Bube’s is formerly the site where German immigrant Alois Bube made and served his Bavarian-style beer. In addition to the small brewery, the brick building housed the Central Hotel. Listed on the National Register of Historic Places, Bube’s Brewery is the only brewery from the 1800s surviving intact in the United States. “At that time, Lancaster County, with its German heritage, was home to dozens of small breweries. Many of those breweries did not survive Prohibition,” says Sam Allen, who co-owns the complex with Toby Garber.

Each of the restaurants on the property – the Bottling Works, the Catacombs, Bube’s Biergarten and Alois – highlights a different aspect of Alois Bube’s operation and all offer some type of entertainment. “We try to provide an experience that’s unique in a historic place that’s extraordinary.” Sam explains. The Bottling Works, a casual-dining area, is located in the brewery’s former bottling plant. Adjacent to it is Bube’s Biergarten, an outdoor oasis with large trees, landscaped areas and an oversized chessboard. The two share a menu. The Catacombs, a fine-dining venue that also is the backdrop for the various themed feasts, is housed in the stone-lined vaults of the brewery’s aging cellar 43 ft. below ground. Wooden tables, pewter-like plates and mugs, and candlelight add to the aura of being cut off from the world. “We’ve created a really romantic atmosphere in the Catacombs,” Sam remarks. Alois, which is located in the original bar and dining rooms of the Victorian-hotel portion of Bube’s Brewery, is the venue for Bube’s murder mysteries and also is available for private parties. Photos of Alois Bube and his family provide an informal welcome in the entry area, and each of the rooms features hand-stenciling and other painting techniques. The crowning glory is the parlor that houses not only the Central Hotel’s original bar, but also a game table that is original to the hotel. 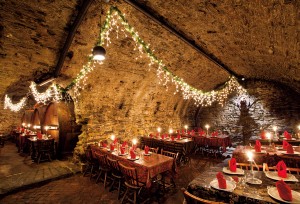 The microbrewery began operating in 2001; it was the first time in 84 years that beer was brewed onsite. Jan Allen, Bube’s COO (and Sam’s wife), notes that the brew staff – Brad Moyer and Steve Knott – are working with some new ideas that she feels will make Bube’s beer “cutting edge.”

Another part of Bube’s legacy was restored in 2011, when eight themed guest rooms in the hotel portion of the property were renovated. “It makes a nice night to have dinner or enjoy a feast or murder mystery and then stay over. We most often rent to groups, and then it’s like an adult slumber party,” Sam says with a smile.

Jan adds that Bube’s – with its various venues, ballroom and historic atmosphere – is a great place for a wedding ceremonies, receptions and bridal showers. It’s also a perfect place to celebrate special occasions such as anniversaries and birthdays, as well as holiday gatherings. Speaking of holidays, Bube’s celebrates the harvest and Halloween this month on a variety of levels. Bube’s brewers will release Pumpkin Ale and an Oktoberfest beer. There’s also “Dinner with the Count,” a special feast held in the Catacombs, and the “Murderous Mystery of Dr. Stanley la Strange” at Alois throughout the month. Bube’s will also celebrate Halloween with a party throughout the facility on Friday, October 31 and Saturday, November 1. And, what better time to take one of Bube’s ghost tours offered monthly on the first and third Friday? Miley Paranormal is conducting the Friday tours and offers not only information on Bube’s ghosts, but also insights into paranormal investigation. “Each of the two tours features Bube’s ghosts, but also adds a slightly different focus,” Sam notes. 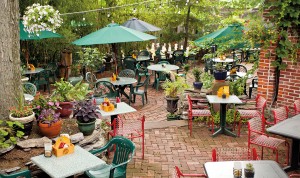 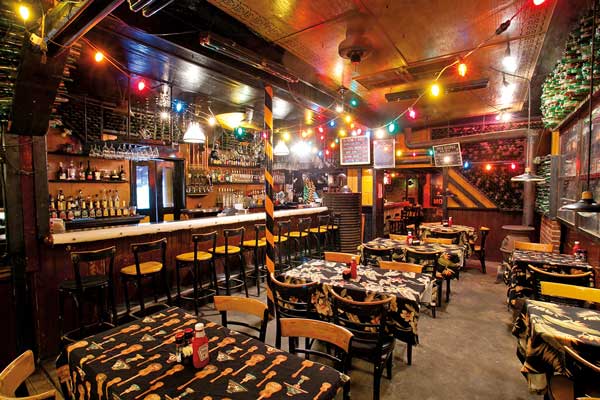