Almost a year later, it still seems odd to open my Facebook feed or go to the Lancaster County Photography Facebook page and not see photographs posted by Don Shenk. On December 23, it will be a year since Don left us. 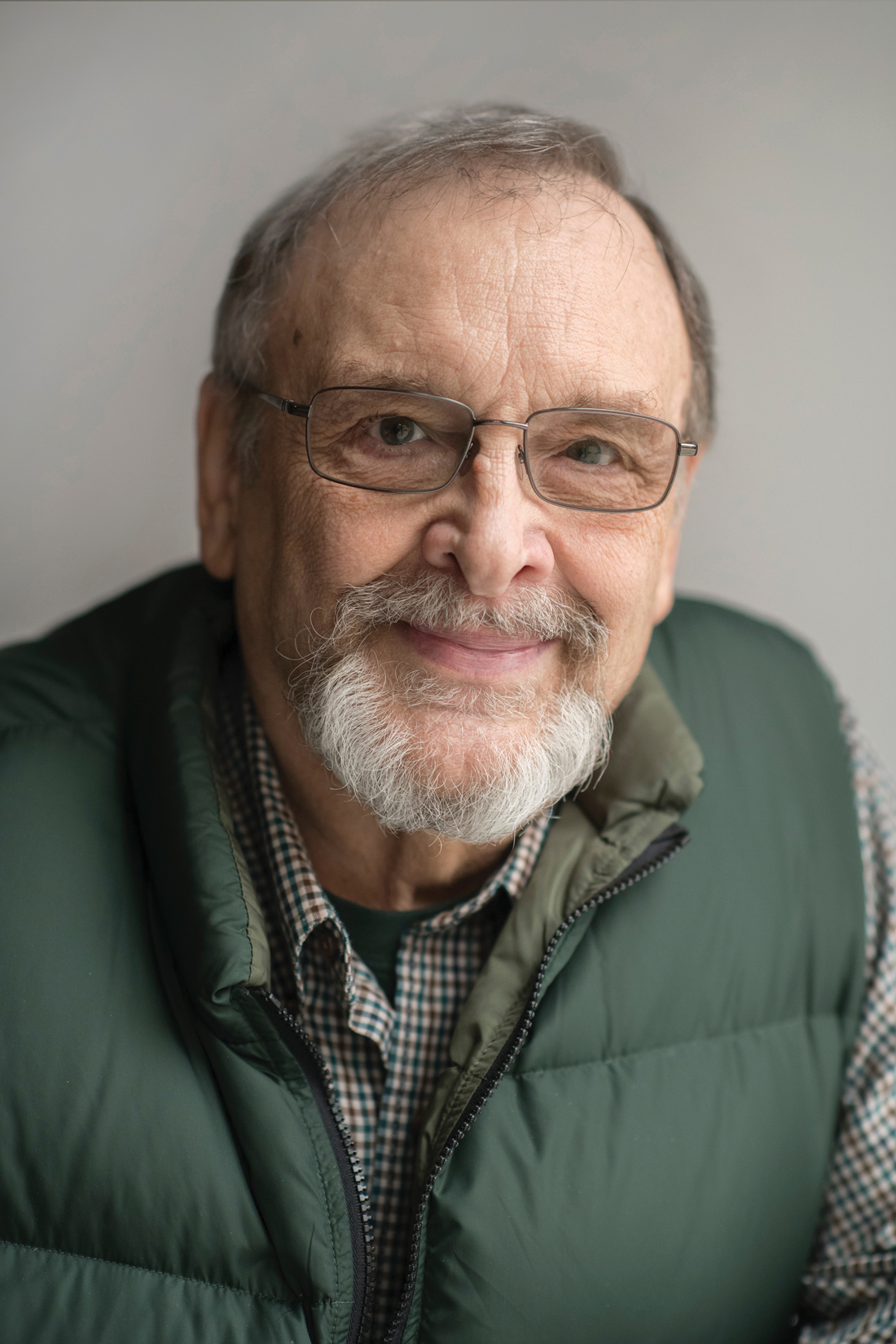 Many people are known for their habits and in Don’s case, his involved a camera. He rarely went anywhere without one. “I always have a camera in my vehicle,” he once told me, explaining he never knew when a photo op would suddenly materialize and he wanted to be prepared. He estimated that 70% of his shots were taken from the driver’s seat.

Don, who was a graduate of Penn Manor High School (class of ’62), began taking pictures as a junior high school student. In the late ’60s, Don became a freelance contributor to Lancaster Newspapers (now LNP). He also became a lifelong member of the New Danville Fire Company and used his photography skills to document traffic accidents, fires and other disasters for the company. 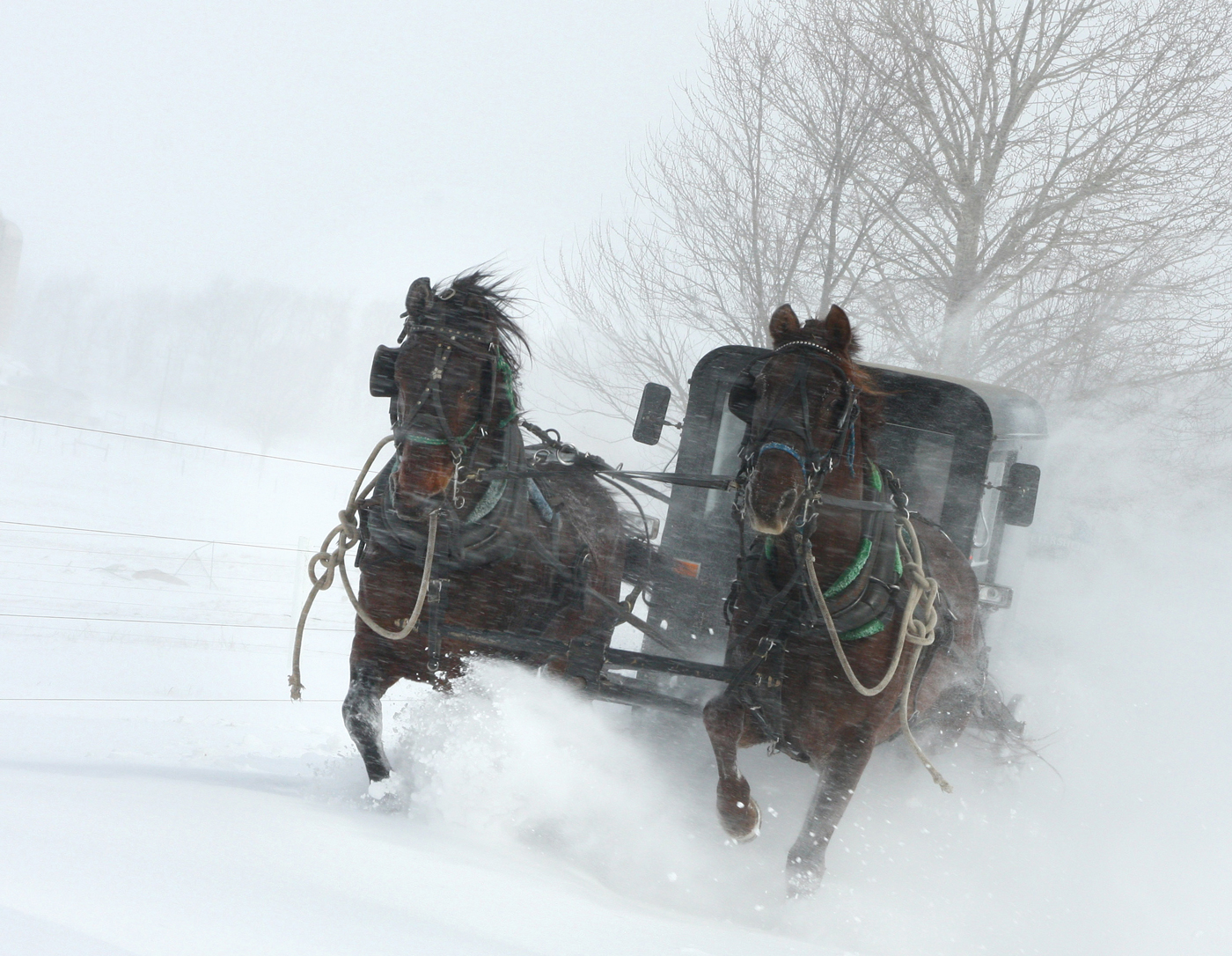 Don was making his way along a backroad on a snowy day when a buggy suddenly appeared.

Don, who went on to graduate from Lancaster Bible College, served Youth for Christ Ministry in various capacities. (He was a long-time member of Central Manor Church of God.) Later in life, he would parlay his outgoing personality into becoming a sales rep at J. H. Brubaker Lumber (now Lezzer Lumber). Following retirement, Don worked part-time at Cherry Hill Orchards, which provided him with more subject matter.

When he wasn’t working, Don was roaming the countryside of the Southern End, capturing the comings and goings of trains at the Strasburg Rail Road, or visiting his favorite place in the city, Lancaster Central Market. His wide-ranging portfolio documents the natural beauty of the county (his tagline was “God creates, I capture”), a Who’s Who of Central Market standholders and provides a peek into the life of Lancaster’s Amish community. 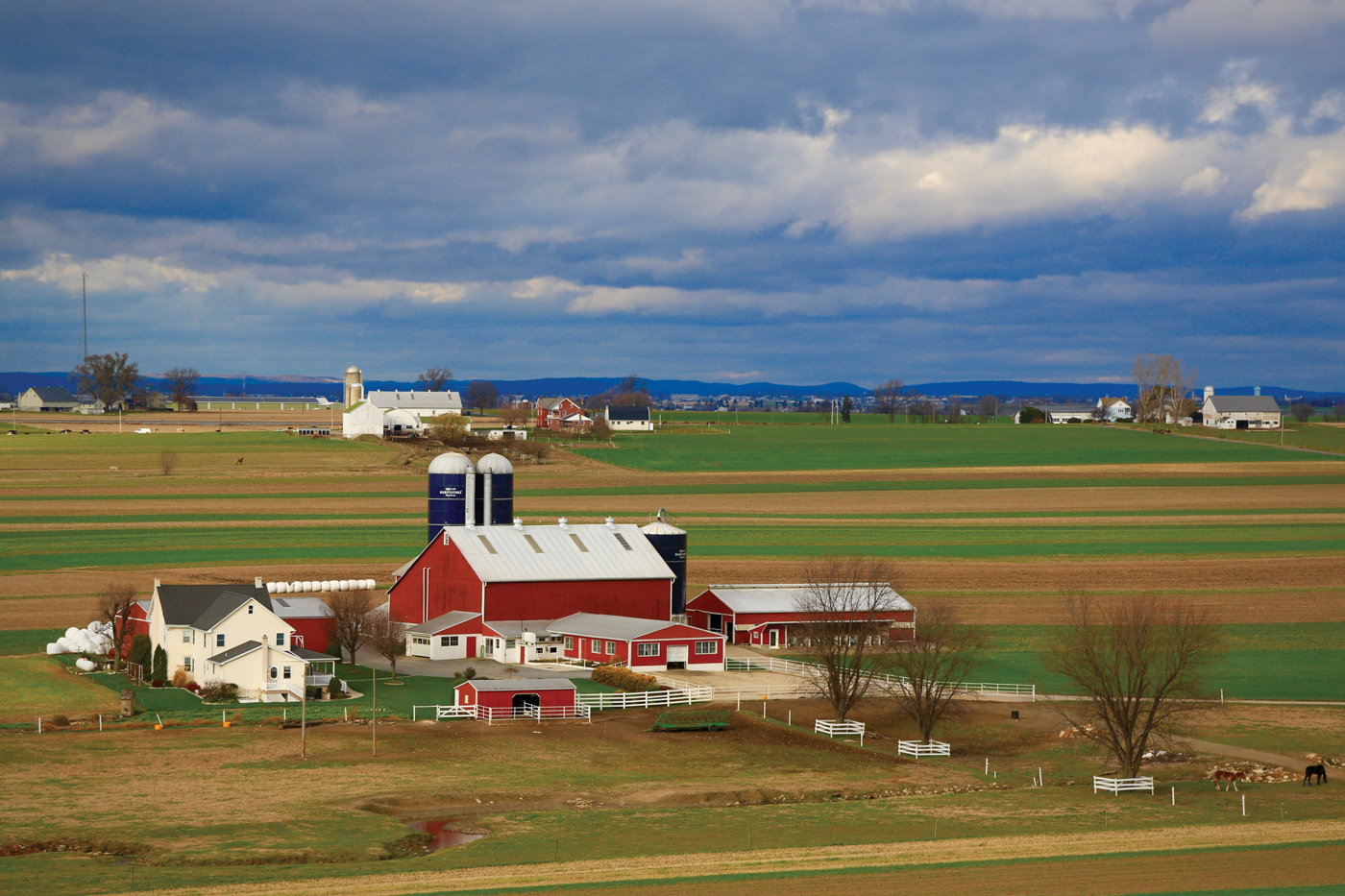 Don had a special relationship with the Amish. The fact that he strived to capture them in their own environment – working the fields, maintaining their farms, supporting community events and even relaxing – provided a comfort factor. “The Happening” (as the Amish refer to the events of October 2, 2006, that took place at the West Nickel Mines Amish School) had a profound influence on Don from several perspectives: as a Christian, a first responder and a photographer (he loved to take pictures in the area around Nickel Mines). He graciously allowed us to use one of his photos of Amish children making their way home from school in that year’s November issue. In fact, the photos seen throughout this month’s issue also demonstrate Don’s giving nature. He gifted me with several files of photos and told me to use them should I ever need “filler” material. His work regularly appeared in Pennsylvania Magazine. 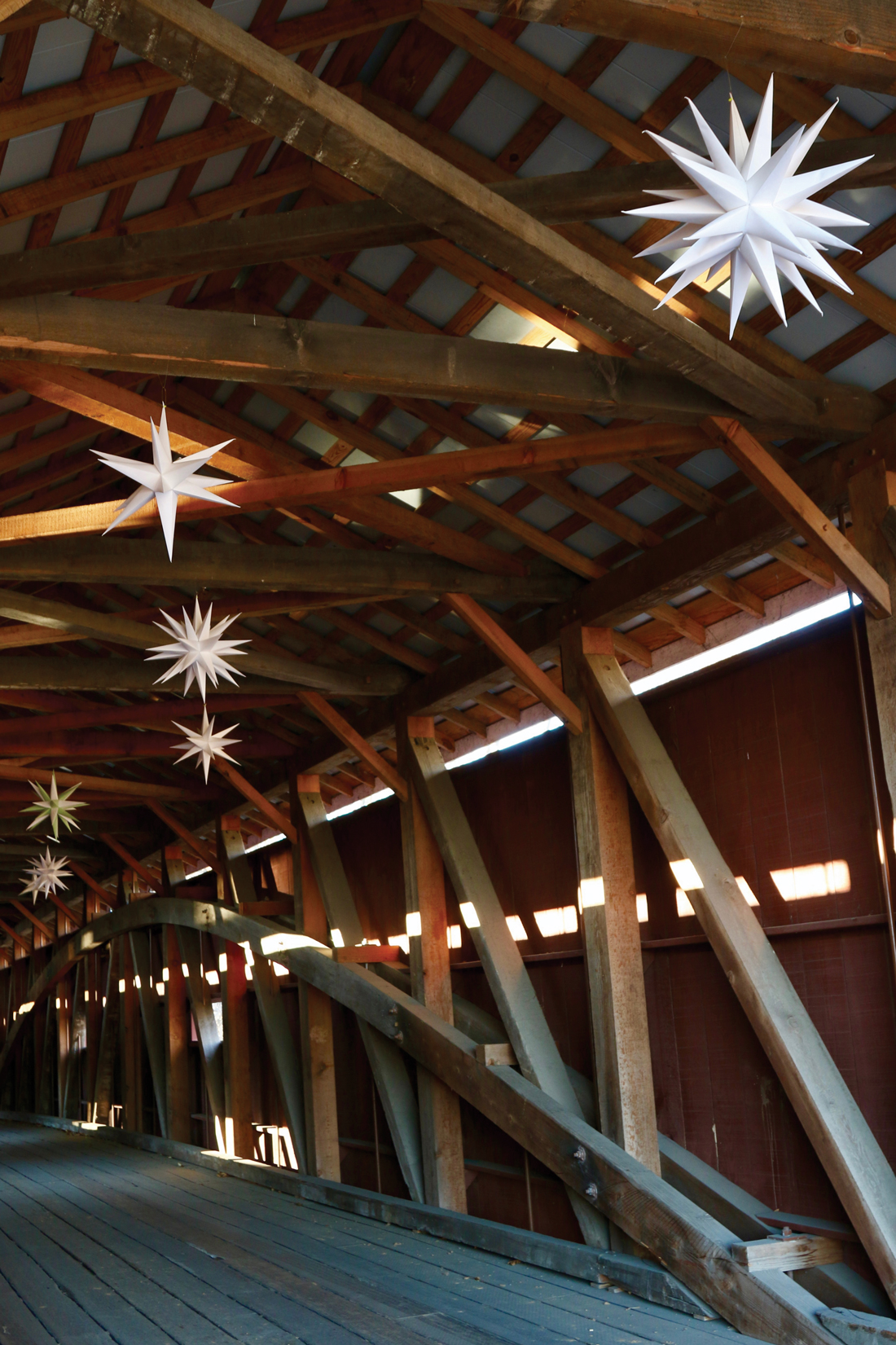 The Pinetown Bushong’s Mill Covered Bridge off Route 222 is illuminated by Moravian stars at holiday time.

Retirement allowed Don to expand his horizons. He remained an active member of the Lancaster Camera Club (he was a charter member, served as president twice and chaired the club’s annual show on occasion). In 2016, he was named as a Fellow of the Wilmington International Exhibition of Photography.

Don was especially proud of realizing his dream of having a book of his photographs published. Seasons of Lancaster County (published by Schiffer Publishing in 2019), which chronicles the four seasons as they unfold, was dedicated to the five Amish girls who were killed at West Nickel Mines, as well as the five who were wounded and survived the events of that day. Don shared with writer Kathleen Wagner that the dedication he wrote for the book was meant to  “prepare the reader for the honest and respectful photos that follow.” (The book is available through Schiffer and Amazon.) In the dedication, Don wrote that he “felt as one with the Amish, as well as the first responders, and prayed for them.” He also explained the Amish community’s ability to forgive with scripture: “For if you forgive other people when they sin against you, your Heavenly Father will also forgive you” (Matthew 6:14, NIV). The page opposite the dedication depicts a photo of Amish children during recess that was taken at West Nickel Mines Amish School in 1990. 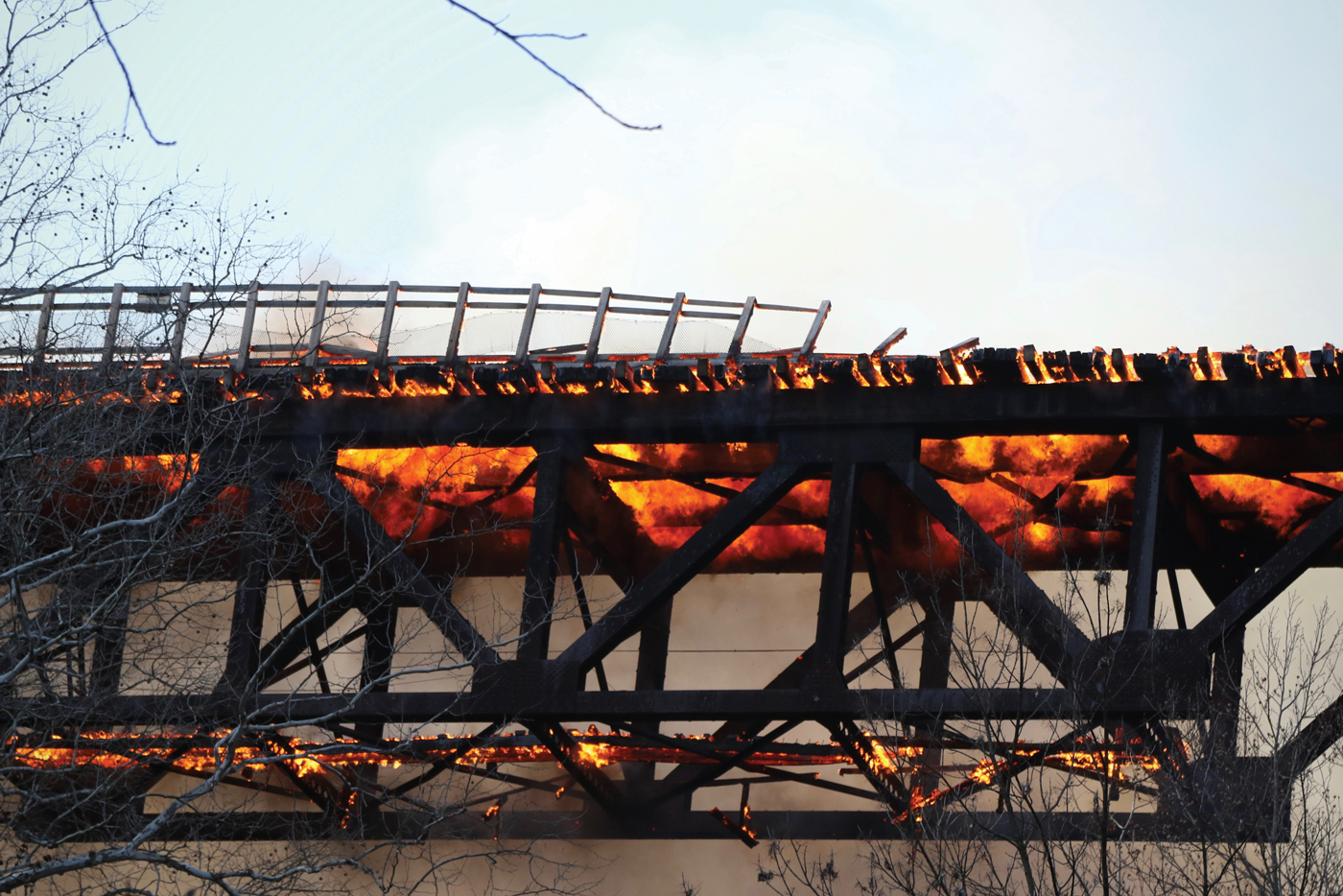 Don’s skills with a camera prompted him to be named the official photographer for the New Danville Fire Company.

Don also worked with Schiffer to publish Lancaster County: A Keepsake in 2019. Again, he was given the opportunity to choose all the photos that appear in the book.

Despite spending more than six decades taking photographs, Don never considered himself a professional. He would only go so far as to call himself an “advanced amateur who just loves to take pictures.” I can only imagine the fun he is having in heaven with his camera. 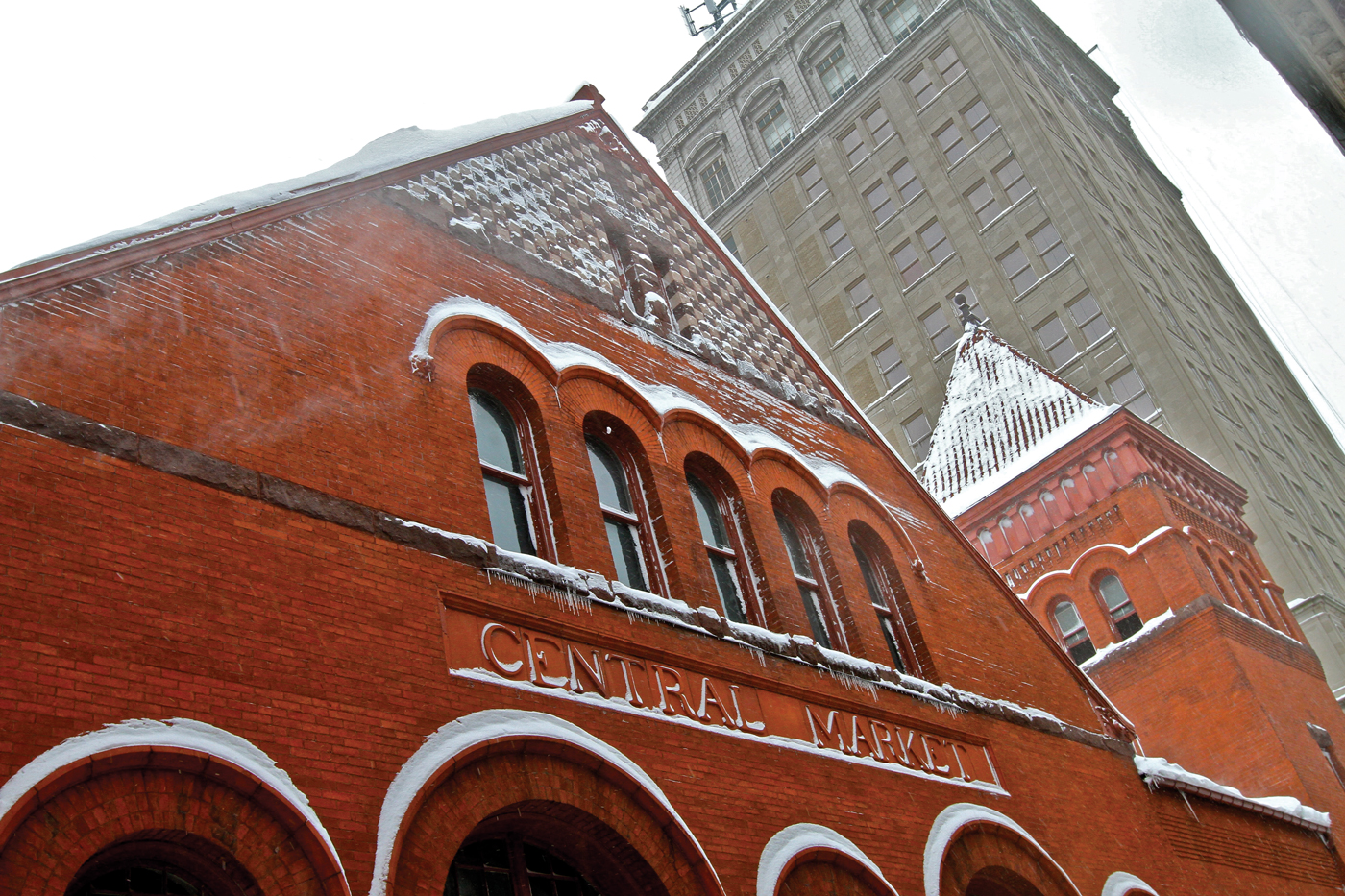 Lancaster Central Market was probably Don’s favorite destination in the city and his portfolio contains a Who’s Who of standholders. 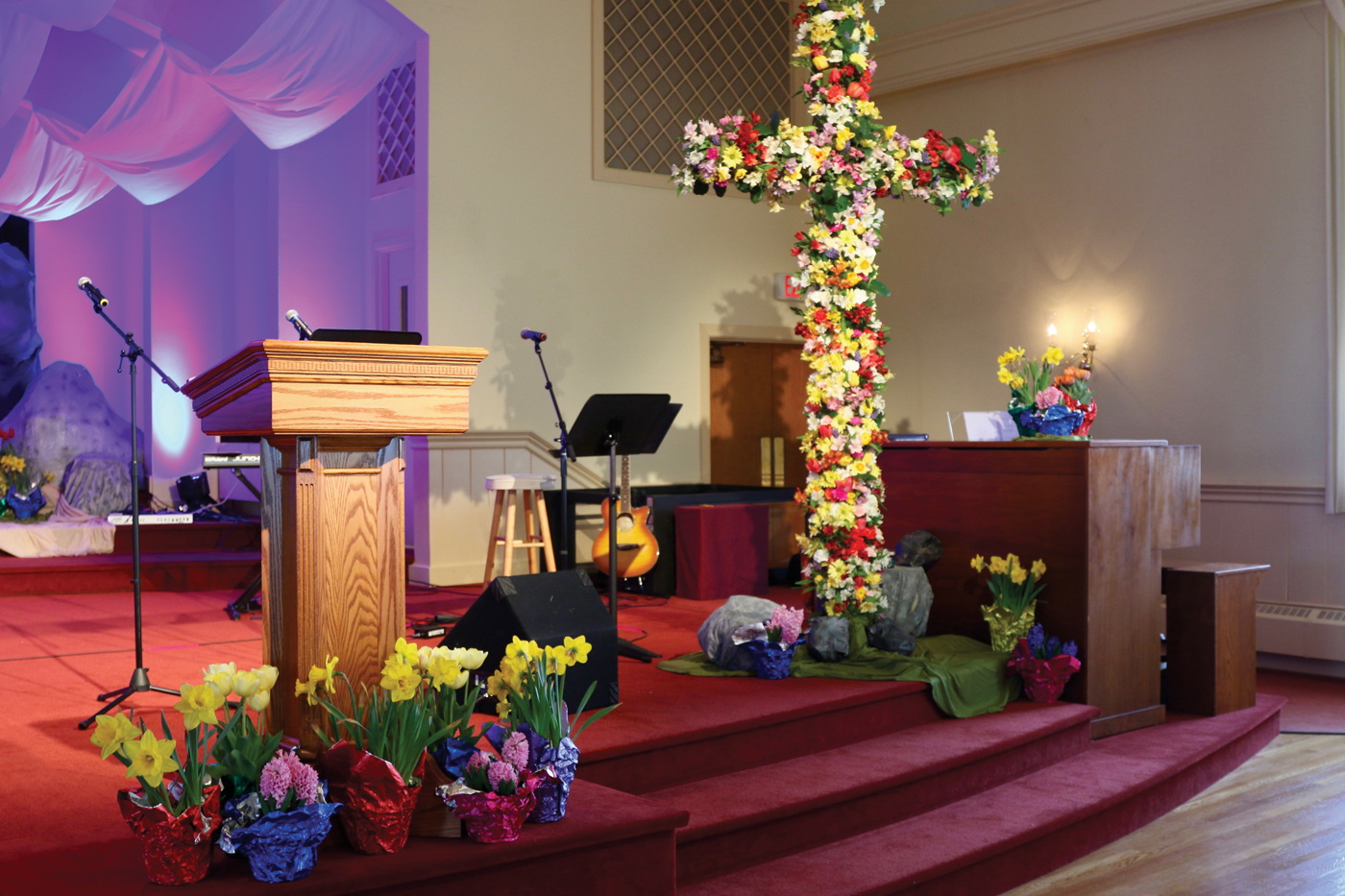 Don was a graduate of Lancaster Bible College and a longtime member of Central Manor Church of God. 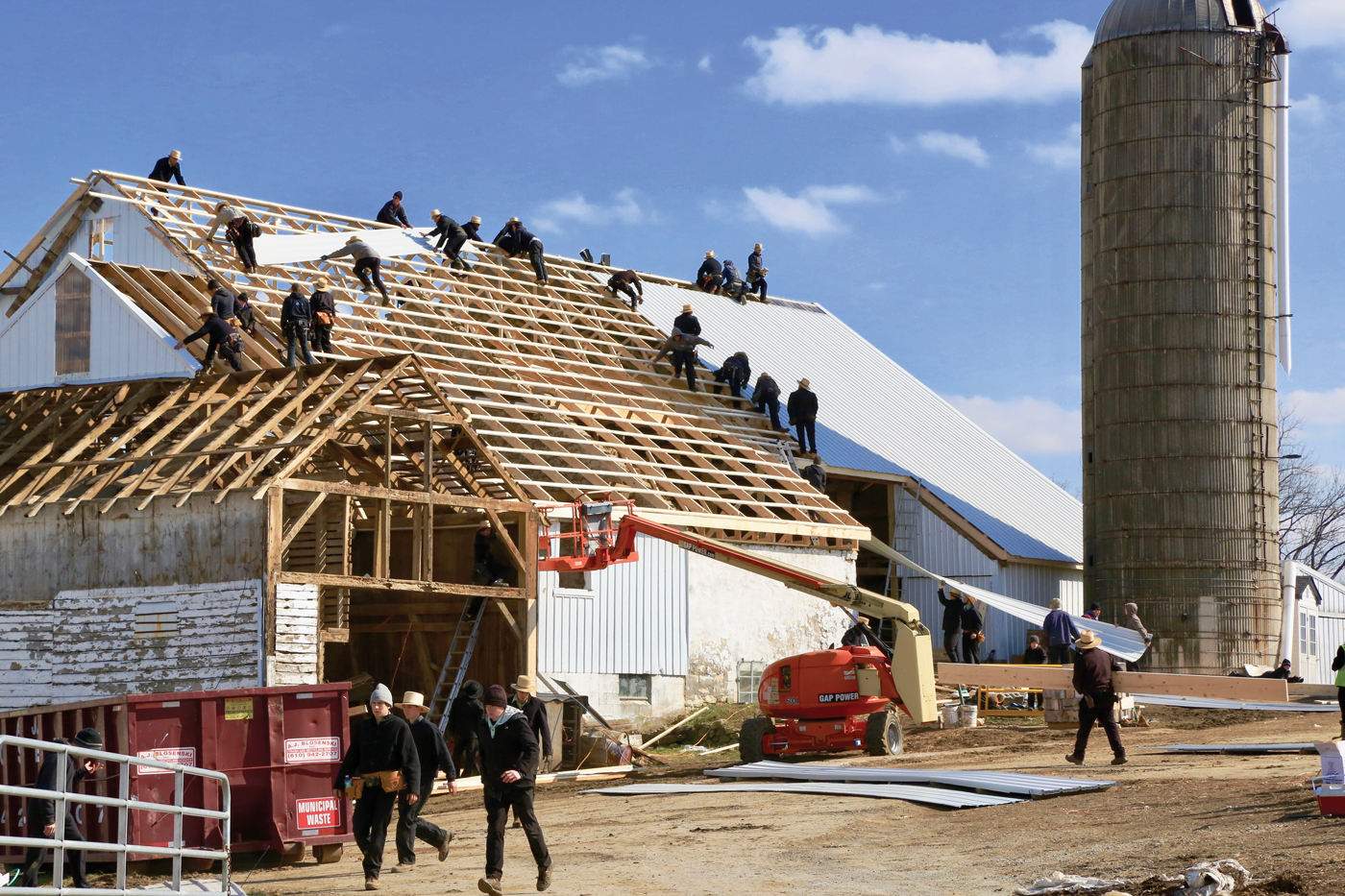 Because of the respectful way in which he photographed the Amish, they allowed him access to events such as barn-raisings. 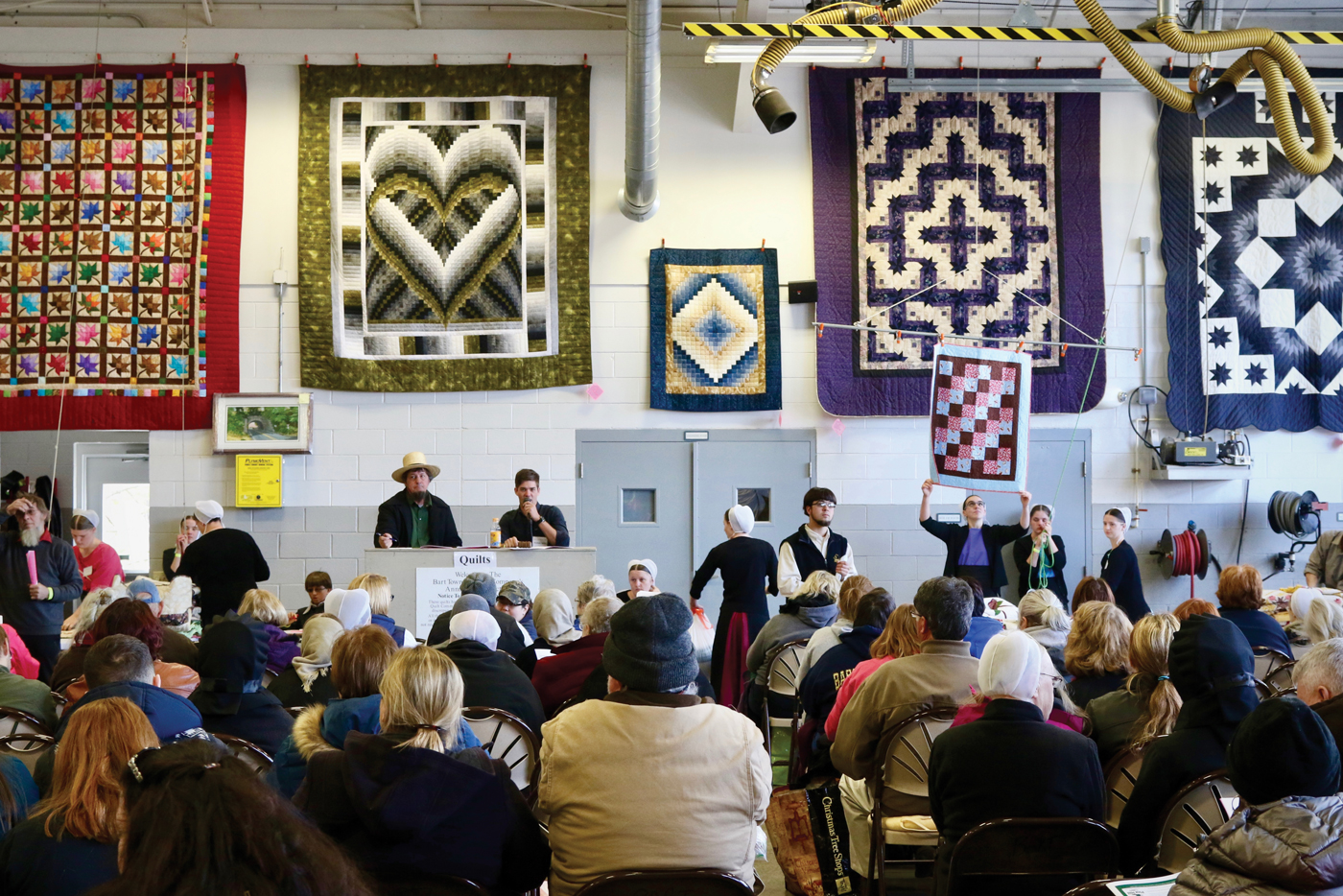 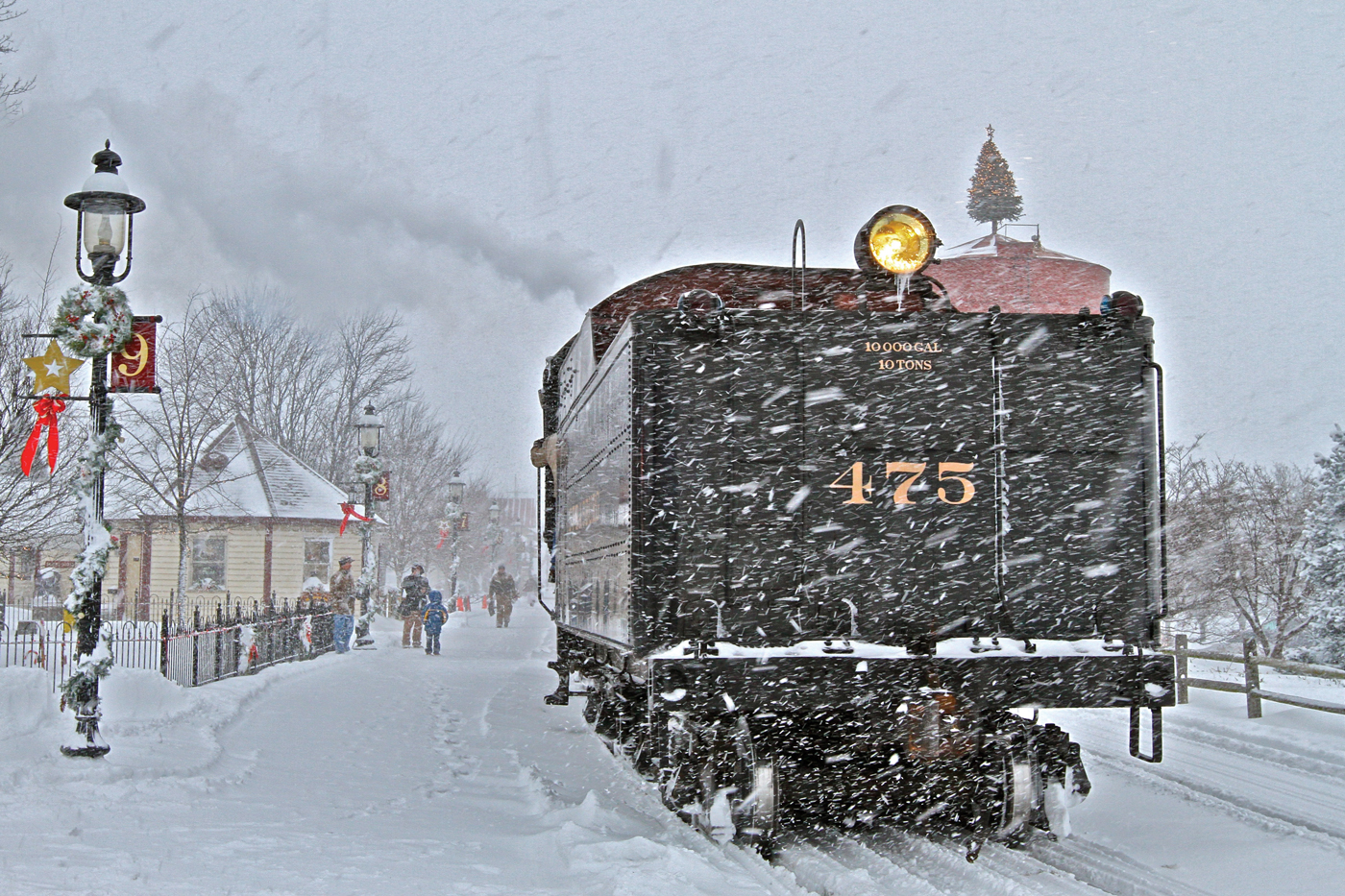 The Strasburg Rail Road was another of Don’s favorite subjects.

Don was making his way along a backroad on a snowy day when a buggy suddenly appeared.