When concerns over the spread of the coronavirus caused the cancellation of mass gatherings, theaters and arenas were forced to close. But, that didn’t put a total end to entertainment. As summer approached, classic drive-in theaters reopened their gates for the season and new pop-up drive-in events took shape.

While various outdoor and drive-in theater experiments date back to as early as 1910, the iconic drive-in movie theater as we know it was created in 1932 by chemical company magnate, Richard M. Hollingshead, Jr., who nailed a screen to some trees in his backyard and started experimenting with projectors and speakers in his driveway. In May 1933 he was awarded a patent for his invention and the following month he opened a drive-in theater in Camden, New Jersey. 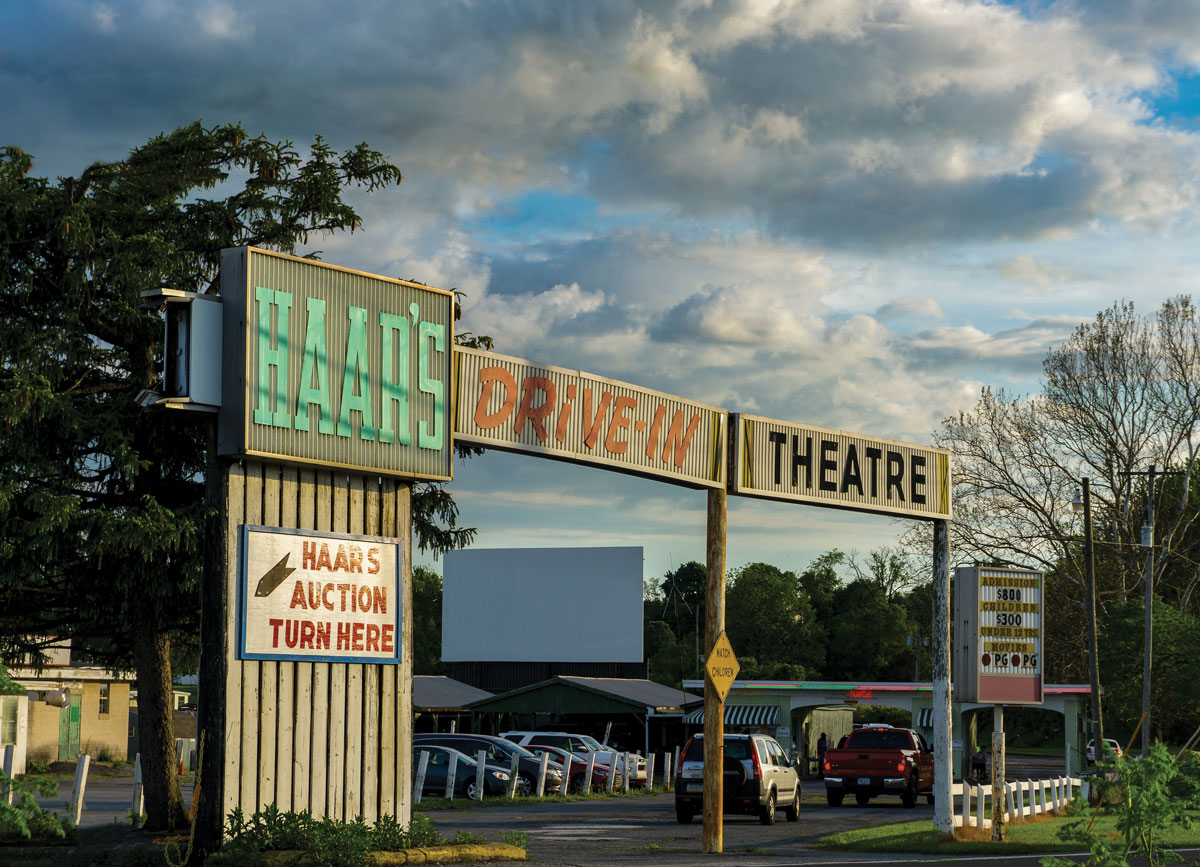 Pennsylvanians were quick to embrace the idea. Shankweiler’s Drive-in in Orefield (Lehigh County), opened the following year. The fact that Shankweiler’s is still in business earns it the title of America’s oldest drive-in. (Opening night has been delayed since Lehigh will be one of the last counties to re-open.) With 26 other locations still operating around Pennsylvania, the state has the second-highest number of operating drive-ins in the U.S. – behind New York (with 28).

The height of the drive-in era came in the 1950s and ‘60s. As their popularity spread across the nation, drive-ins became very attractive to families looking for a night out. Many theaters offered playgrounds and even bottle warmers and diaper vending machines to their patrons. Their snack bars offered menus that could rival restaurants. Tickets were sold on a per-vehicle basis and most drive-ins offered double features, even dusk-to-dawn extravaganzas.

At their peak, there were more than 4,100 drive-ins in the United States. However, because drive-ins present unique operational problems and are subject to the whims of nature, their longevity was doomed. Additionally, the rise of home-entertainment options contributed to the decline of drive-ins. As a result, nearly 85% of drive-in theaters have closed since the 1970s. The last drive-in theater in Lancaster County was the Columbia Drive-in, which permanently closed its gates in 2005.

Because of the pandemic, a few newcomers have emerged on the local scene, including businesses that were forced to adapt. This summer, Spring House Brewing Co., Mount Hope Estate & Winery and Penn Cinema will be hosting pop-up drive-in theaters. Check with each for details.

Of course, there’s always your own backyard – internet sites have jumped on the trend and are stocked with screens, projectors, sound systems, popcorn machines and anything else you might need to create an outdoor theater.