While the concept of the dinner theatre can be traced to the Middle Ages, it didn’t become a favorite form of entertainment in America until the 1950s. In Lancaster, the Dutch Apple Dinner Theatre has been carrying on the tradition for the past 37 years. 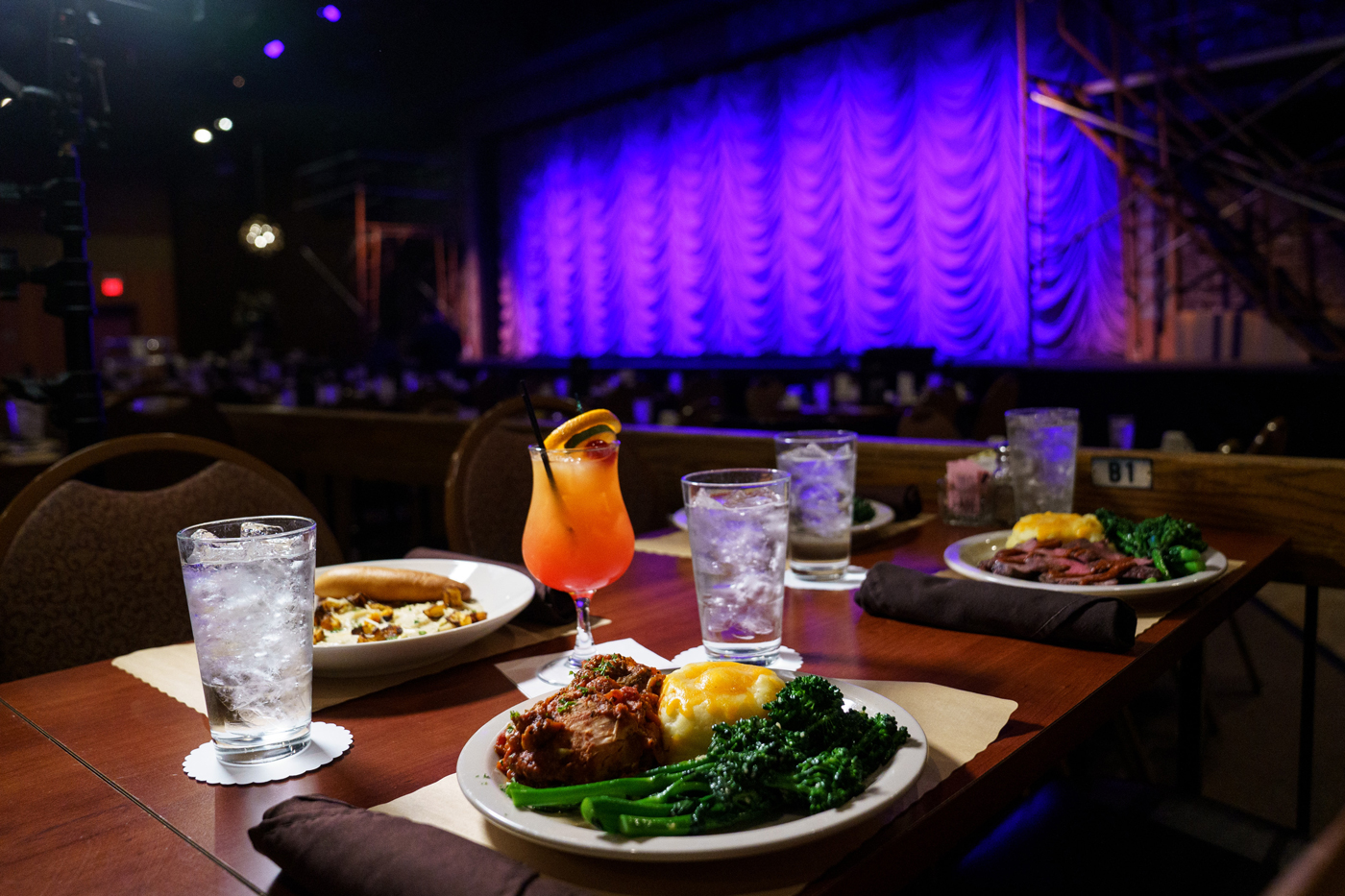 Located just off the Centerville Road intersection of Route 30, Dutch Apple’s 328-seat dinner theatre provides dining options and live entertainment to about 150,000 guests annually. Founded 37 years ago by Tom and Deborah Prather, Dutch Apple continues to be owned and operated by their sons, William and David. It’s one of three operations that fall under the Prather Productions umbrella, with the other two being Broadway Palm Dinner Theatre in Fort Myers, Florida, and Prather Touring Company/APEX Touring, a national touring company. 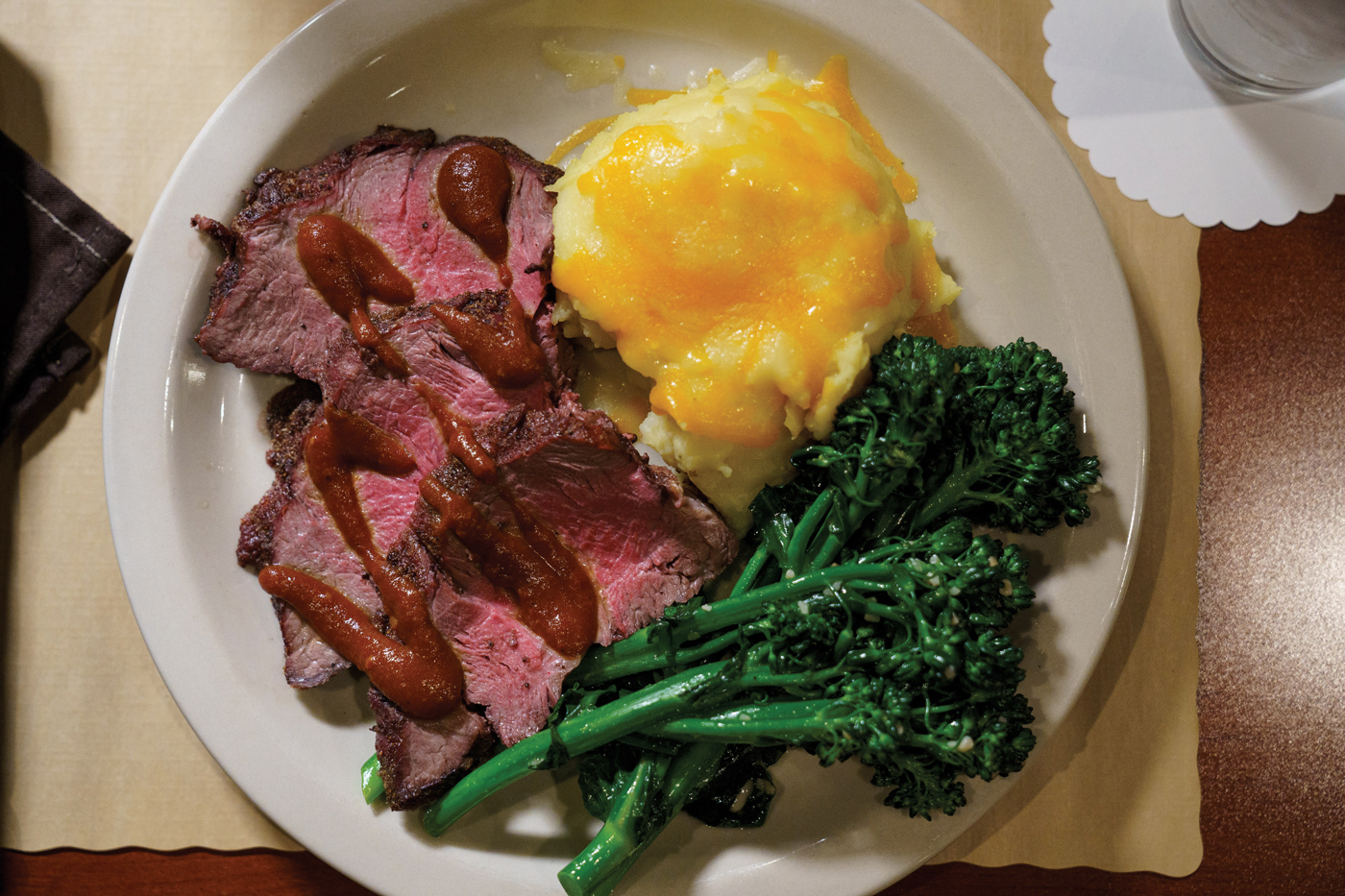 The served dinners on Thursday evenings include entrées such as beef tenderloin with broccolini and cheesy mashed potatoes.

As the term “dinner theatre” suggests, the Dutch Apple experience begins with a meal and transitions to providing guests with top-quality entertainment. As their website states, Dutch Apple’s goal is to provide guests with “great entertainment at a great value.” The main stage schedule for 2023 offers eight productions. Three child-friendly shows are also offered with their Children’s Theatre.

Regarding the menu, options exist. On Sunday through Wednesday evenings and all matinees, the buffet features an assortment of salads and a variety of tasty hot entrées complete with potato and vegetable side dishes. Dutch Apple’s signature desserts are also included. On Friday and Saturday evenings, the buffet is augmented with a prime rib carving station. 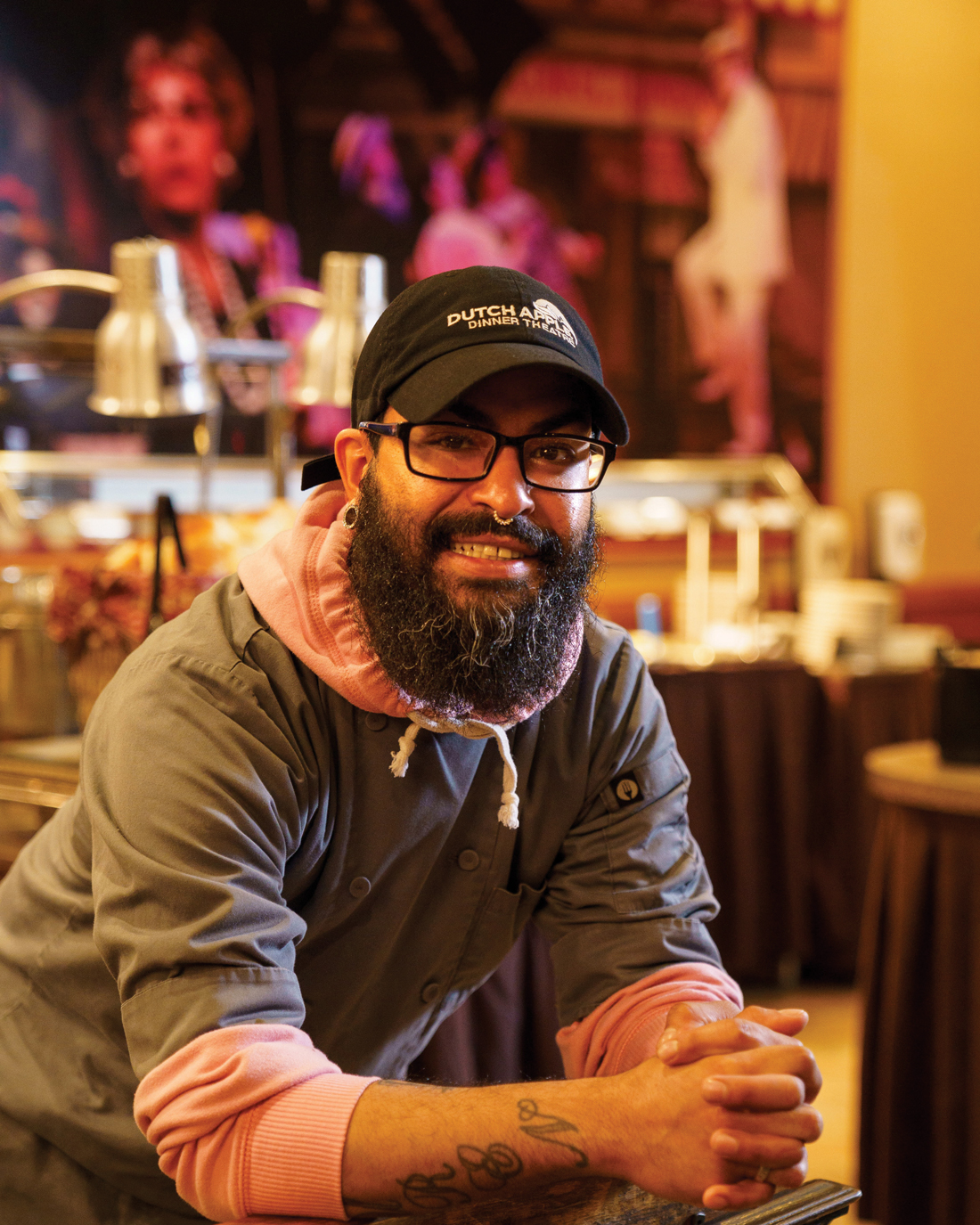 Alex Rosario has been Dutch Apple’s executive chef for the last two years.

On Thursday evenings, a four-course meal is served tableside. Menus are show-themed and include soup du jour and a choice of salad, entrée and dessert. A show-only option is also offered Thursday evenings where à la carte appetizers and desserts can be purchased. “Thursday nights are great for ‘date night’ because we offer served meals,” says Nanci Jo Anderson, Dutch Apple’s marketing manager. Menus are posted on Dutch Apple’s website. Wine, beer, cocktails and mocktails are available for purchase. 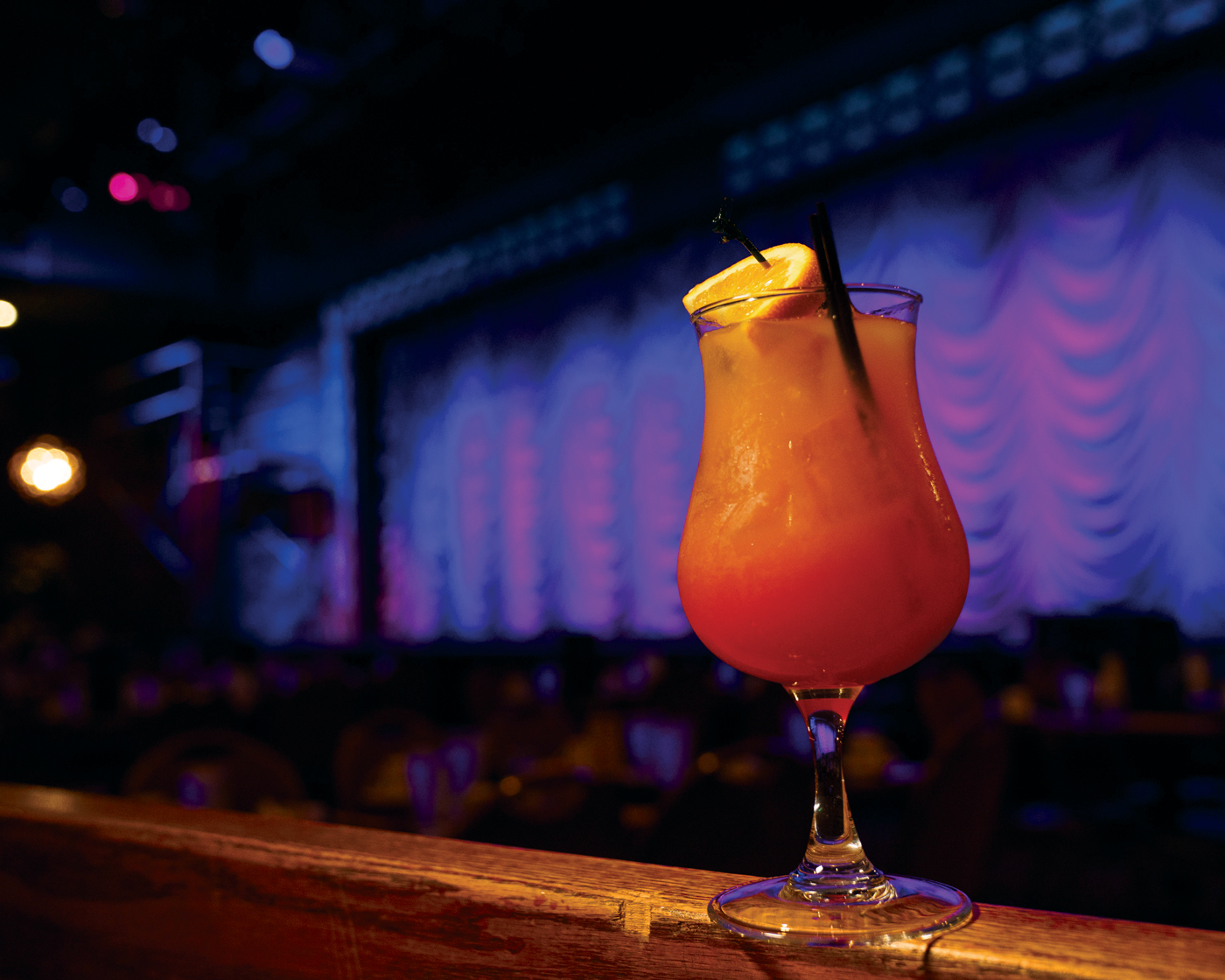 A full selection of beer, wine, cocktails and specialty mocktails – some reflecting the shows’ themes – are available.

Executive Chef Alex Rosario explains that the menus change to reflect the theme of each show. “For entrées, we always have dishes that include three proteins, pasta and vegetables,” he explains. “We also offer gluten-free options and sugar-free desserts are available upon request.” Chef Alex notes that locally sourced ingredients are used as much as possible. 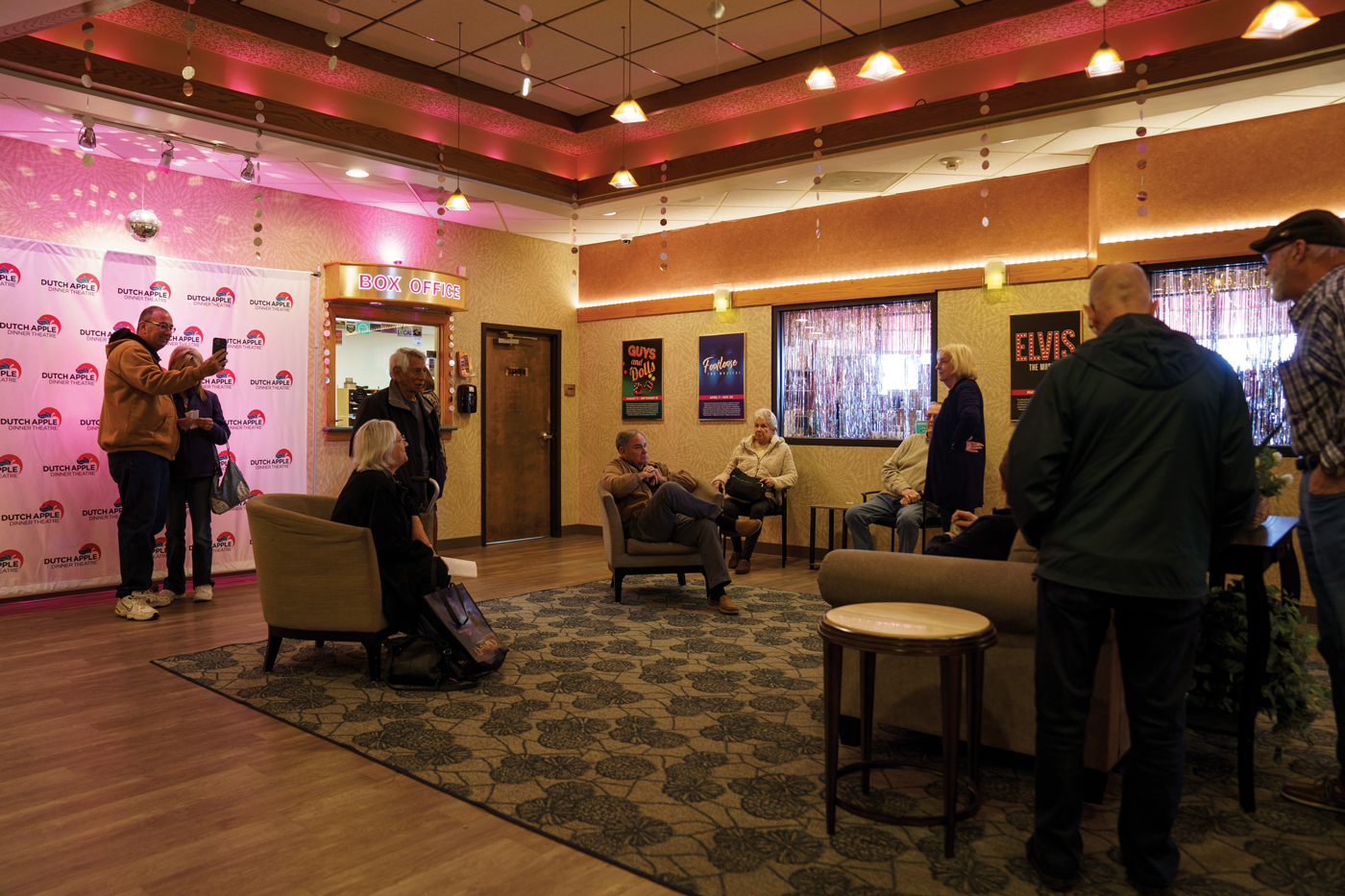 The lobby features seating, a step-and-repeat backdrop for commemorative photos and a gift shop.

Chef Alex’s career in the hospitality industry began when he worked in a restaurant during college. He was studying to be a mechanical engineer, but says he ultimately decided to go in another direction career-wise. “Growing up, I watched my mom cook. I learned a lot from her and by working in restaurants,” he explains. “My daughter was performing in a show at Dutch Apple two years ago and she told me about the opening here at the theatre.” Chef Alex’s story prompts Nanci Jo to remark, “We’re very family-oriented.” 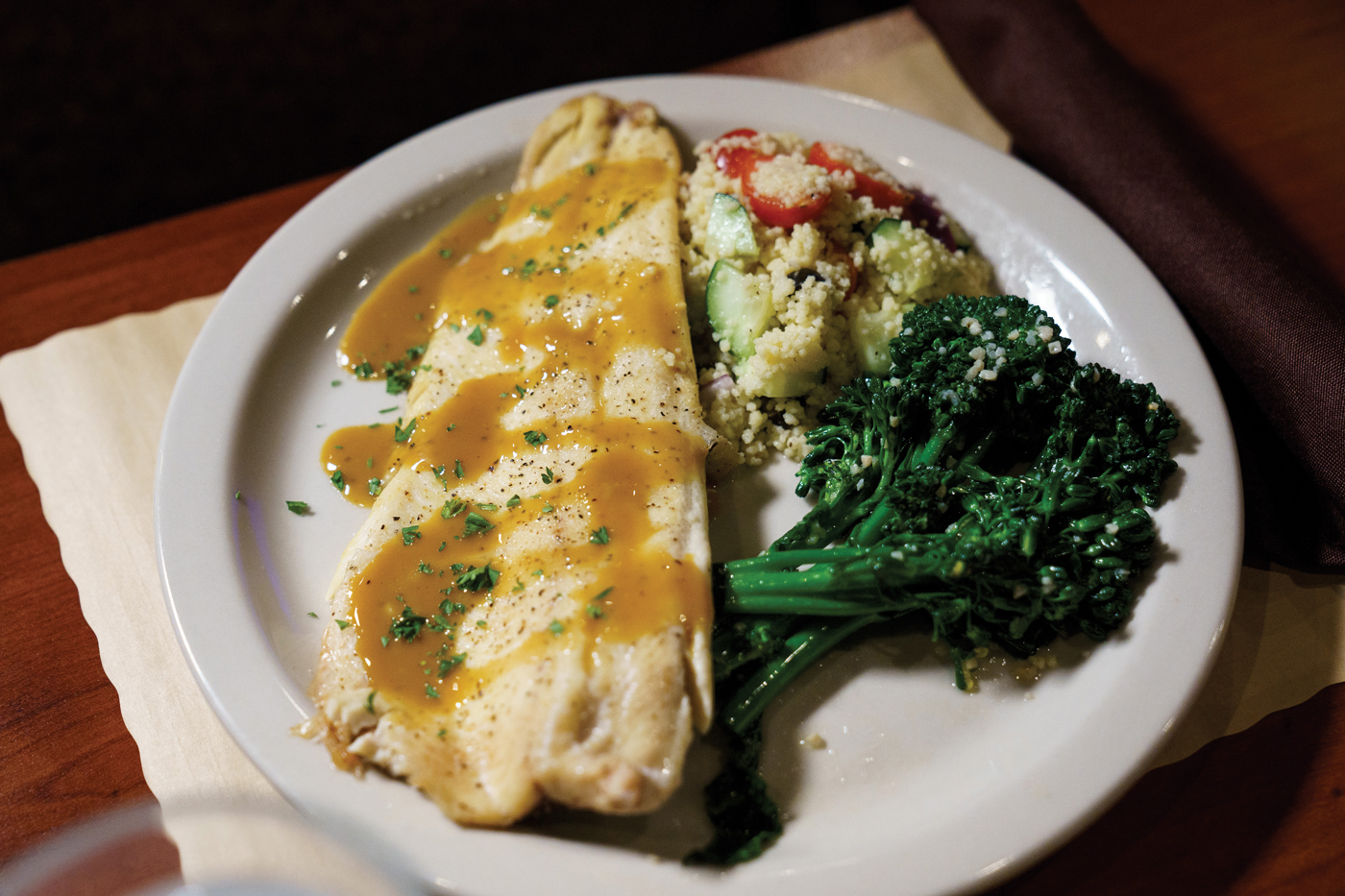 Dutch Apple and its sister theatre, Broadway Palm, are also community oriented. When the Fort Myers area was hit by Hurricane Ian in September, the Broadway Palm sustained no damage and no loss of power. Nanci Jo shares that William Prather, who is an active member of the Fort Myers community, saw a need and offered his help and support. “The Broadway Palm quickly became a resource for many of those who were not as lucky and opened its doors to be of service to the community. Along with World Central Kitchen, the employees, many of whom were affected themselves, were able to provide water and meals,” she explains. 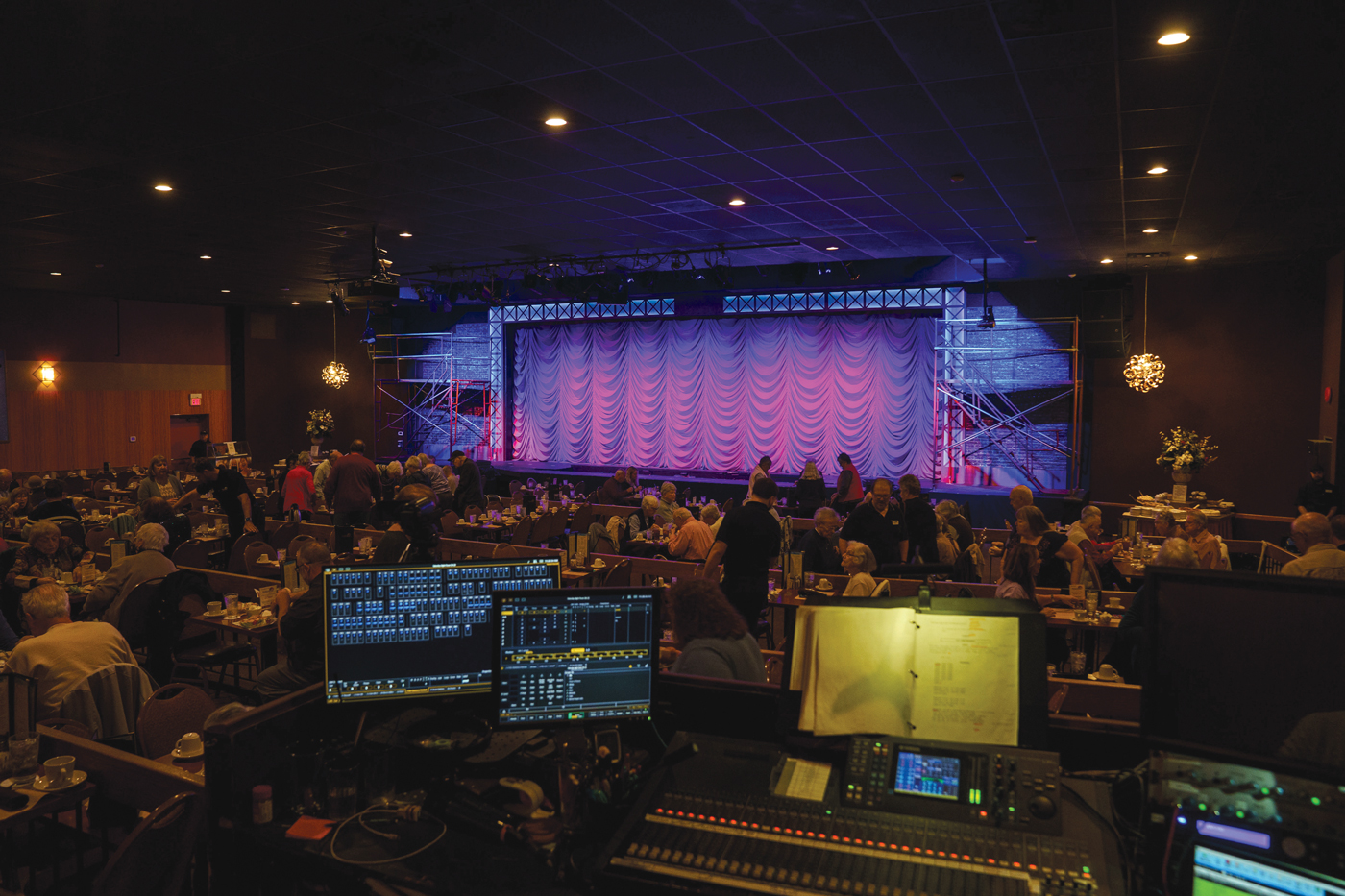 Dutch Apple’s intimate 328-seat theatre provides an unobstructed view of the stage from every seat in the house.

With Valentine’s Day fast approaching, Nanci Jo notes that Dutch Apple has become a favorite place to celebrate. “You can have dinner and see a show all in one place,” she points out. For Valentine’s, Dutch Apple will offer a special menu for the buffet from February 10-14. When you purchase two tickets for these dates and use the promo code SweetheartLCM, you’ll receive a complimentary half carafe of wine and a box of chocolates. “People will often celebrate special occasions here,” Nanci Jo says. “If you let us know ahead of time, we can mention your special occasion in our opening curtain speech.” 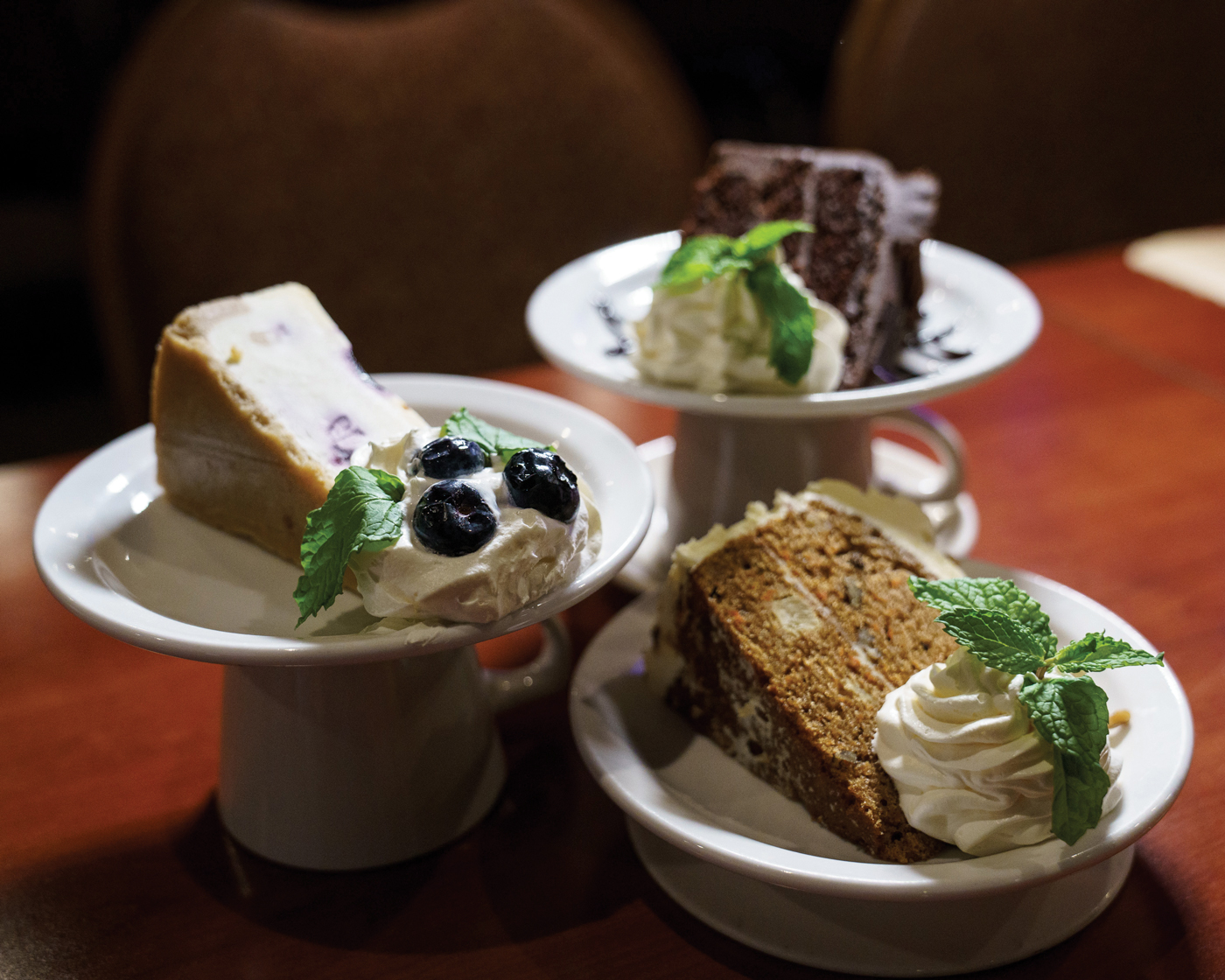 In addition to tickets for individual shows, group rates and season memberships are also available. Nanci Jo says you can save up to 25% off the regular ticket price when you sign up for a yearly subscription.

Through February 18: Agatha Christie’s Murder on the Orient Express

April 7-May 20: Footloose: The Musical