Rollin’ Into the Future of Bicycles
Search
August 21-26

Fairgrounds are located at 900 East High Street in Elizabethtown.

Admission is free; there is a charge for parking.

This year marks the 44th edition of Elizabethtown’s fair, which traditionally kicks off fair season in Lancaster County. The fair was originally held at Elizabethtown College, where festivities and competitive events were held in two tents. Thanks to a partnership among the fair, the Elizabethtown Area School District and Elizabethtown Brethren in Christ Church, the fair now makes its home on acreage that adjoins the high school and church.

The fair prides itself on its agricultural roots, as it offers visitors the opportunity to see the various components of agriculture: how food is grown, livestock, and the newest machinery and technology. The talents of area home bakers and cooks are also on display as the fair hosts the highly competitive PA Preferred Chocolate Baking, Blue Ribbon Apple Pie and Angel Food Cake contests among others.

And, there are contests for those who are not connected to the farm, including photography (babies and pets), arts and crafts (which are auctioned on Friday night), and frog jumping. Cornhole and Buck Shot tournaments are also held.

Demonstrations are also held and include fleece-to-shawl, sheep herding and martial arts. The always-popular petting zoo is a favorite with the fair’s youngest visitors.

The fair also boasts other bragging rights. The fair’s secretary, Dr. Sally Nolt, was elected to serve as the vice president of the Pennsylvania Association of County Fairs, which oversees the state’s 109 fairs. After serving a two-year term, Dr. Nolt will become the president of the association.

The association also sponsors a contest for the fairs. Last year, the Elizabethtown Fair claimed four first-prizes in various categories as well as a third-place award, which resulted in the fair taking Best of Show honors.

The fair also has a fun component, as there is a Midway with rides (cost-saving promos are held each day), plus nightly entertainment (Flamin’ Dick & the Hot Rods will perform Thursday night).

Last, but not least, is the food component. You name it, and E-town probably has it. Many civic organizations and church groups have food stands through which funding is raised for community projects. One of the most popular is the Elizabethtown Area Grange’s milkshake stand, where the secret ingredient is ice cream. Last year the buzz centered around a bacon-flavored milkshake that one of the stands devised. Also of note is the auction of baked goods from the various contests that is held Tuesday evening.

The fair wraps up with fireworks Saturday night. 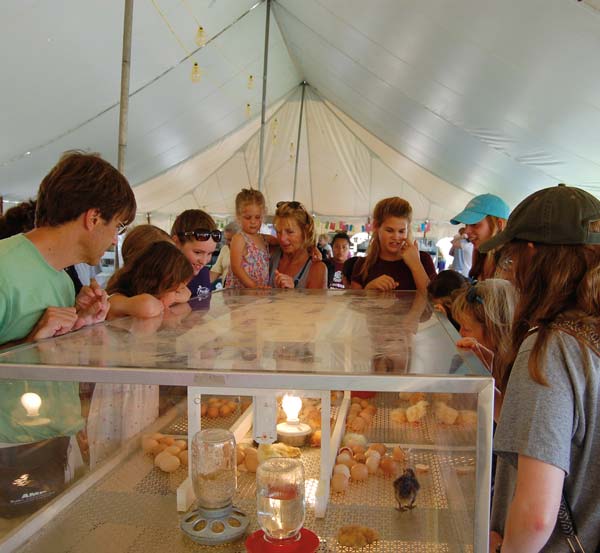