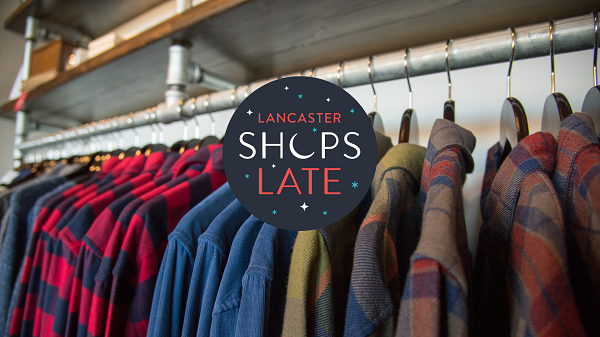 The annual Lancaster Shops Late night is Thursday, December 12! Lancaster Shops Late is a night where retailers are encouraged to stay open into the evening, bringing visitors downtown to dine and, of course, shop! There will be roaming entertainment and warm beverages & treats at select locations. This event is presented by the Lancaster Office of Promotion and the Lancaster City Alliance.

For a list of participating shops, go to visitlancastercity.com/lancaster-city-for-the-holidays/lancaster-shops-late/.