On March 1, which is Shrove Tuesday, bakeries, grocery stores, diners, coffee shops, convenience stores, fire companies and churches across Lancaster County will be selling fastnachts, those wonderfully filling treats that signal the Lenten season has arrived. Celebrated by Christians the world over, the culinary element of Shrove Tuesday is long-rooted in tradition. For example, in the United Kingdom, pancakes reign supreme. In Spain, omelets made with sausage or pork fat define the day. In Iceland, salted meat and peas are on the menu. In Finland, green pea soup and a special pastry filled with whipped cream and jam or almond paste fit the bill. 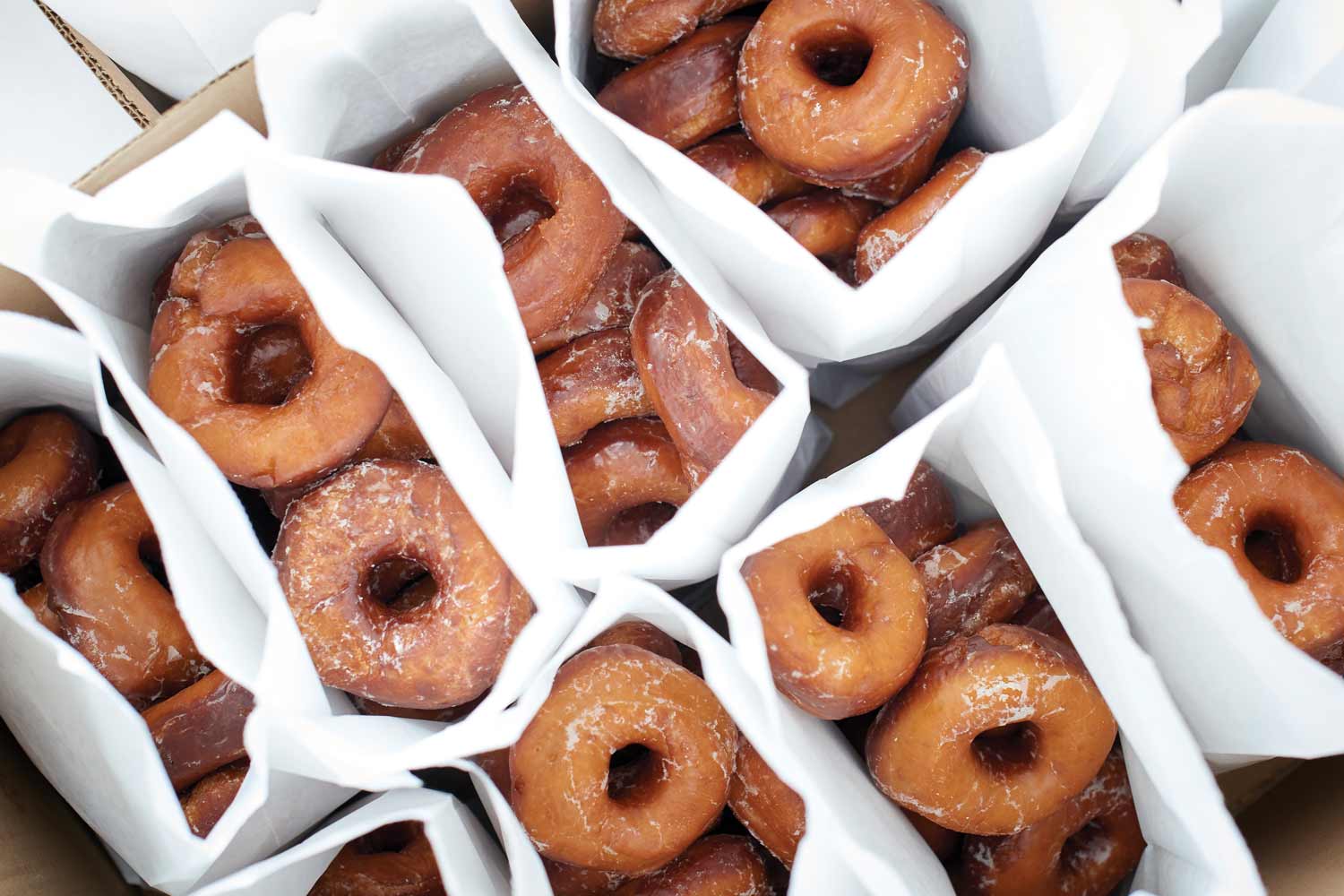 Shrove Tuesday also signals the final day of celebrations that began shortly after Three Kings Day (January 6). The French celebrate Mardi Gras (as do various locations along the Gulf Coast, notably New Orleans), while many Central and South American countries usher in the Lenten season with Carnival. In Germany, the revelry – described as a combination Mardi Gras and Carnival – is called Fastnachtsdienstag.

No matter the manner or the customs that accompany the celebrations, the day before Ash Wednesday is regarded as one of over-indulging. The Lenten season that follows provides plenty of opportunities to sacrifice, fast, pray and reflect. In most cultures, the gluttony aspect of Shrove or Fat Tuesday grew out of a need to eliminate extravagances such as sugar, butter, lard, animal fats and even meat from kitchens during the Lenten season. In an effort to empty the cupboards of such items, people would prepare special meals and treats in the days leading up to Lent.

The pre-Lenten customs made their way to the United States. In Lancaster County, Columbia exemplifies the German tradition of making fastnachts, which might be described as a “Plain Jane” cousin to donuts in that they are devoid of sprinkles and fillings but can be glazed or dusted with powder or a combination of powder and cinnamon. They typically lack donut holes and take a square shape. 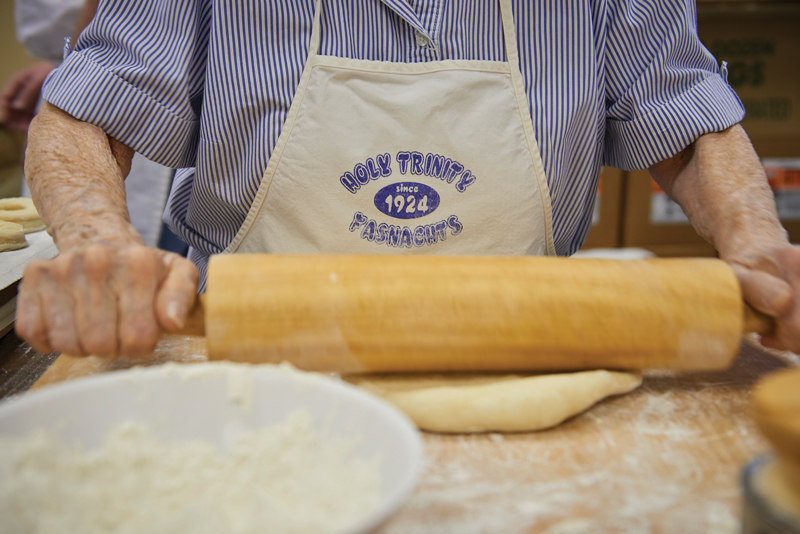 Columbia’s connection to the fastnacht (which translates as “fasting night”) took root during the period 1840-1860, when newly arrived Germans settled in Columbia, with another wave immigrating over a 20-year period beginning in 1875. While the Catholic Germans were welcome to worship at St. Peter’s, which was built by English and Irish residents in 1828, the language barrier left them unable to understand the sermons. Recognizing the problem, the Bishop of Philadelphia recommended that the Germans build their own church. In 1859 the first step to achieving that goal was realized when the Germans purchased a plot of land at Fourth and Cherry streets. A year later, a parish was established and the cornerstone of Holy Trinity Catholic Church was laid. A church-sponsored school was established in 1870.

The parish’s growth during the early years of the 20th century signaled a need for a larger church building. Fundraising endeavors were launched. In 1924, the Altar Rosary Society held a precedent-setting fastnacht sale. Initially, members of the group oversaw the baking and selling of the fastnachts but as demand grew, volunteering became a church-wide effort. Even students played a role in making fastnachts, as they brought eggs from home to donate to the cause.

Today, making fastnachts is a community-wide effort. “We’ll accept the help of anyone,” says Jim Knapp, who has been involved with the fastnacht project for 15 years. “If you have an hour to spare, we’ll put you to work!” In view of the fact that volunteers make upwards of 7,500 dozen fastnachts over the course of a month, the contributions volunteers make are invaluable. 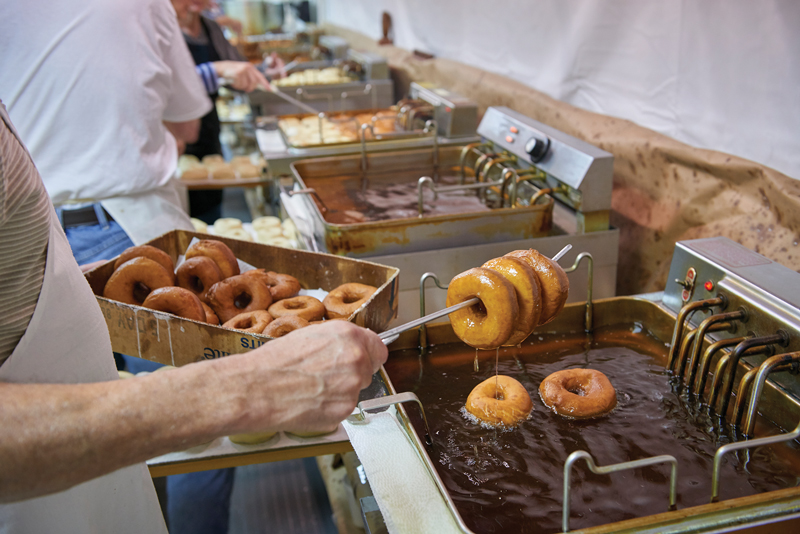 This year marks the return of Holy Trinity’s legendary fastnachts. “In 2020, we had to cut the sale short,” Jim says of Covid declarations that closed schools, businesses and churches. Last year – again because of Covid – Holy Trinity’s kitchen remained on lockdown. “We had a lot of upset people,” Jim says of fastnacht fans who had to satisfy their taste for the deep-fried confections – or what Holy Trinity calls “little bites of heaven” – elsewhere.

A veteran of the fastnacht sale, Jim says 2021 marked the first time in the sale’s nearly 100-year history that it was canceled. He prays that the fastnacht brigade that’s composed of teams such as the Holy Rollers, Holy Friars and Holy Dunkers will be able to work through March in order to fulfill orders that have been placed for February 28, March 1 and 2, as well as for bakes that will take place two days a week during the weeks of March 7, 14 and 21. While monies earned from the sale of fastnachts are typically earmarked for Our Lady of the Angels Catholic School, Jim reports that they are used “wherever there is a need.”

Holy Trinity and its renowned fastnachts received their 15 minutes of fame back in 1989, when the Today show’s Willard Scott telecast his Shrove Tuesday weather forecasts from the church. His on-air banter included the line, “You eat three of these and you can’t get out of your chair!” 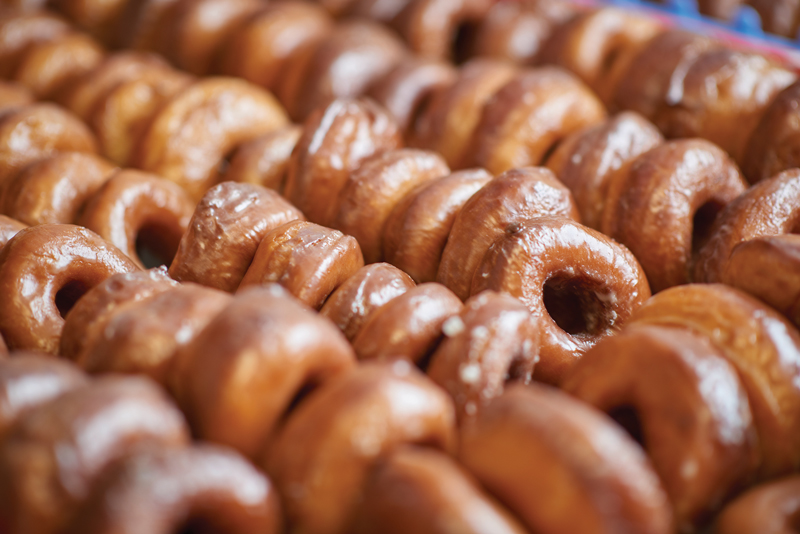 A bite of a fastnacht also provides a taste of folklore. Legend holds that if you eat a fastnacht on Shrove Tuesday, you’ll have good luck. Back in the day, farmers believed that if they fed the first batch of fastnachts to their chickens, hawks would not prey on them (or their chicks) during the spring. Farmers’ wives also treated their laying hens to fastnachts on Shrove Tuesday, believing they would produce more eggs.

Holy Trinity’s fastnachts are available for purchase on an online basis only. Visit holytrinitycolumbiapa.com for details.