Now more than ever, Lancaster County is home to an array of fun-filled festivals. The land of quilters’ conferences and buggy rides has transformed into a destination for music fans, beer enthusiasts, and even those who might like to get a bit into character. With dozens of festivals and celebrations held each year, it’s hard to hit them all! 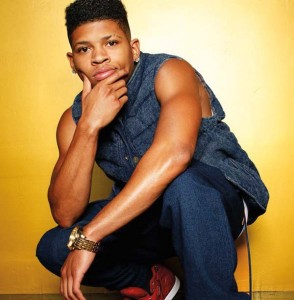 Bryshere Y. Gray (aka Yazz the Greatest), one of the stars in the Fox TV hit show, Empire, will be performing in Lancaster as part of the LAUNCH Music Conference & Festival on April 22.

Lancaster’s music-festival scene is dominated by two behemoths: Lancaster Roots & Blues and LAUNCH Music Conference & Festival. I’ve known Lancaster Roots & Blues founder Rich Ruoff for several years, dating back to his time at The Chameleon, which he opened at age 23. When I asked him why he wanted to start Lancaster Roots & Blues, which ran February 26 through 28 at venues across the downtown area, he chuckled, saying, “I like music. My goal was to build something big and beautiful. At its very base, it is all about the music.” But, it’s about more than music. “Looking at the whole thing, which I tend to do, I wanted to create an economic driver for the community,” Rich remarks.

This year marked the third year for the festival, and I had the opportunity to catch a few acts. When I first interviewed hard-livin’, honky-tonk troubadour J.P. Harris back in 2013, I was immediately struck by his charisma both on and off the stage. Harris lives the true, constantly traveling honky-tonk lifestyle, so he makes it to this area a couple times a year. When I had a chance to catch up with him at Tellus360, I jumped on the opportunity. He did not disappoint, building a packed house to a rocking frenzy and praising the people of Lancaster for welcoming him. Before his final song, he promised to come back again … if we let him.

LAUNCH, which runs April 21-24, will showcase nearly 200 artists with a variety of musical styles from across the U.S. One of the hottest tickets will be for Bryshere Y. Gray – otherwise known as Yazz the Greatest – who stars as Hakeem Lyon in the FOX TV hit Empire. The 21-year-old, West Philly rapper, deemed “a rising star” by Rolling Stone magazine, will perform with PnB Rock at the Lancaster County Convention Center on Friday, April 22 (5 p.m.). 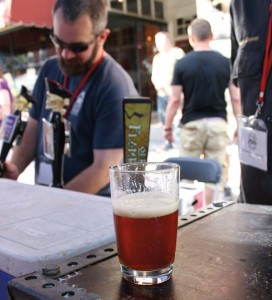 What is beer good for? I would reply, “What isn’t beer good for?” From firkin fests and VIP tastings to pairing dinners and anniversary parties, Lancaster is inundated with opportunities to celebrate suds. Anchoring the celebration of all things hops, malt, yeast and water are three events: the BrewFest at Mount Hope (May 14), the Lancaster Craft Beerfest (August 26), and the Lititz Craft Beer Fest (September 25).

It would be safe to call me a regular at the Lititz Craft Beer Fest. I enjoy the selection of unique breweries in attendance and the open atmosphere of the event. The homebrew competition is a fun way to try what other beer enthusiasts are fermenting; the winners get their recipes on tap at local breweries like JoBoy’s Brew Pub. 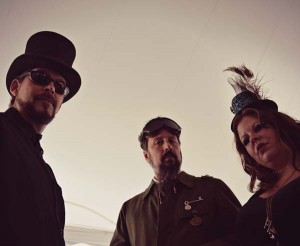 Coming up with costumes is part of the fun of Steampunk events. A weekend filled with Steampunk activities takes place at the Strasburg Rail Road each October. Photo by Autumn Berrier.

Call it a spell of Halloween for grown-ups, where adults get to dress up and pretend we are something else for a day. That’s what Steampunk UnLimited was for me when I attended last year. However, for some, this is a lifestyle. Steampunk, for those unfamiliar with the phenomenon, is defined as “a genre of science fiction that typically features steam-powered machinery rather than advanced technology.”

My alter ego, Commander Zola of Her Majesties Royal Air Brigade, conjured together a handful of friends, and we headed to Strasburg Rail Road for the event. We had no idea what we were getting into, but we threw together some pretty good costumes.

Beyond a ride on one of Strasburg Rail Road’s locomotives, attendees can take advantage of extraordinary happenings like a game train hosted by Pittsburgh-based Miracle Elixir Side Show, concerts from the likes of This Way to the Egress and Abney Park, and a full-blown Victorian ball. I took advantage of last year’s absinthe train, or, better said, it took advantage of me. This one’s a doozy and well worth it! This year’s steam-powered trip back to the future runs October 14-16.

Speaking of trains … New this year at the Railroad Museum of Pennsylvania is a craft beer tasting event, aptly named Rails & Ales. This April 16 fundraiser for the nonprofit museum will feature 14 regional breweries, including St. Boniface Craft Brewing in Ephrata. The folks at St. Boniface are even creating a signature beer for the event, a Hefeweizen brewed with orange blossom honey. The event will feature food trucks – like Mara-Leo’s Italian Food Truck and a vintage Good Humor ice cream truck – live music, and, of course, trains. 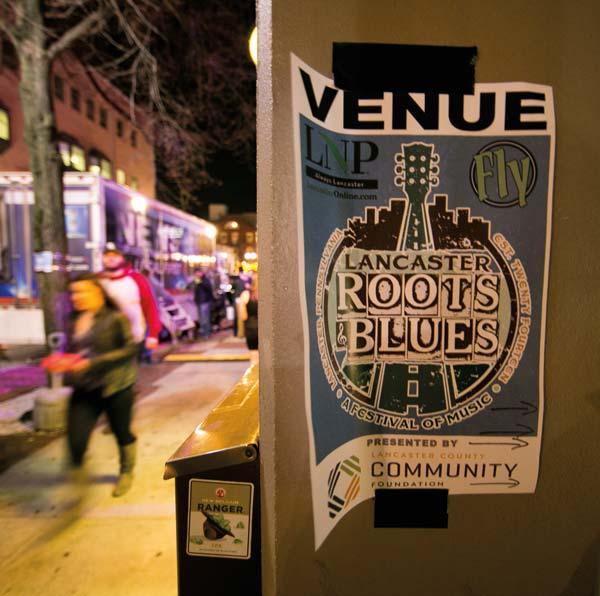 There’s good news all around for Roots & Blues, which expanded to three days this year and sold 3,000 more tickets than in 2015. Early-bird tickets for 2017 are now on sale. Photo by Nick Gould.