Joe Devoy knows a little bit about entertainment … he launched the highly successful Tellus360 in Downtown Lancaster in 2010. Now, Joe and his wife, Dana Paparo, have taken the show a little south of the city, to Sickman’s Mill in Conestoga Township, where tubing has returned to the waters of the Pequea Creek and music resonates across the “holler” on weekends. 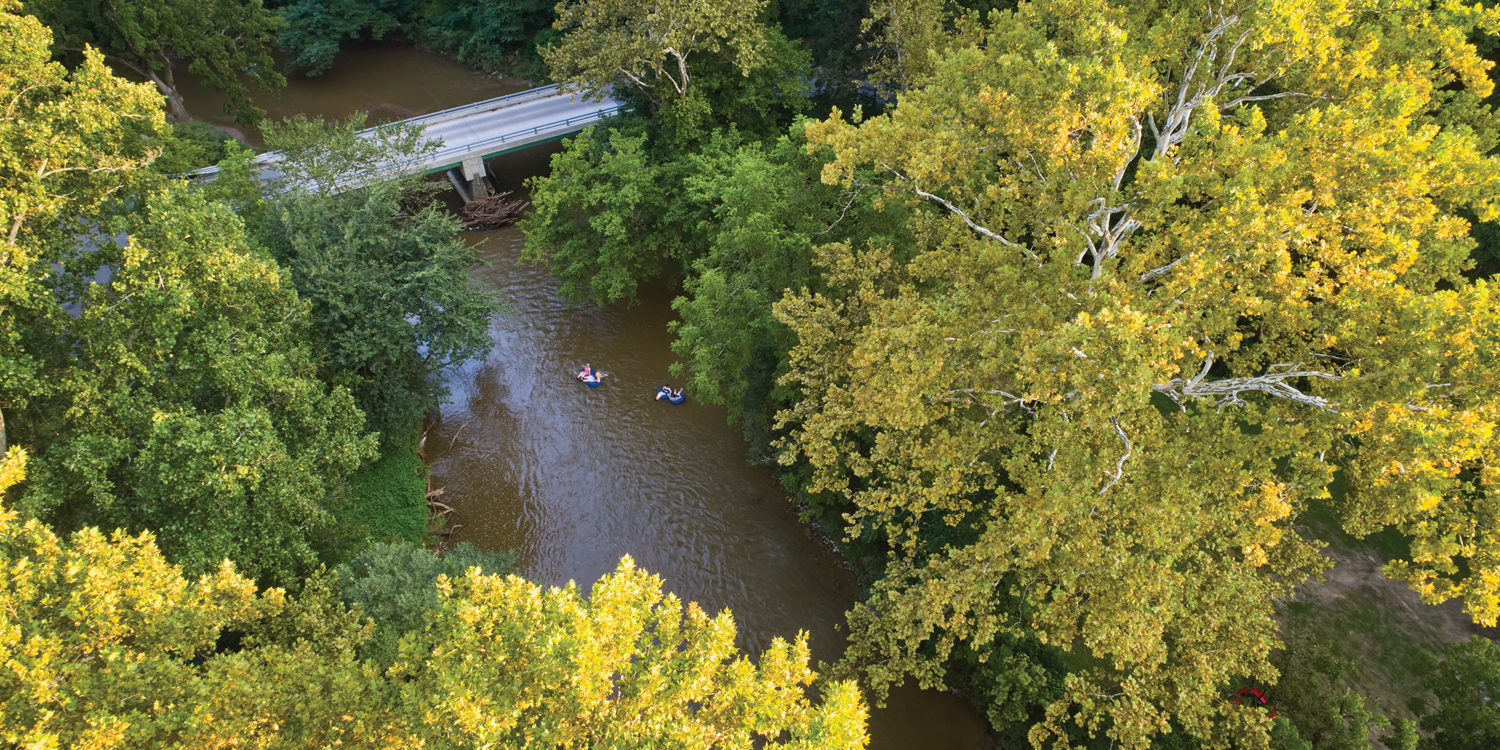 The waters of the tree-lined Pequea Creek provide the perfect escape from summer heat.

The Devoys purchased the historic 12-acre property in early 2021 and revived the tubing tradition, along with adding a tiki-style bar – Jimmy’s Place – and introducing events such as Bingo Night, live music, river clean-ups, fireside sing-alongs, yoga, potluck dinners, maker’s markets and the list goes on. The property also now hosts weddings and other events.

As for tubing, passes are available for one ride, one day or the entire season. Tubers  depart from Sickman’s Mill and follow the tree-lined Pequea Creek. Rides typically last two hours; shuttle buses then transport tubers back to Sickman’s Mill. Guided weekend tours are available by reservation only. Lasting four hours, they entail a combination of floating through still water and down some gentle rapids. Lunch is included. As many as six tubers can participate. 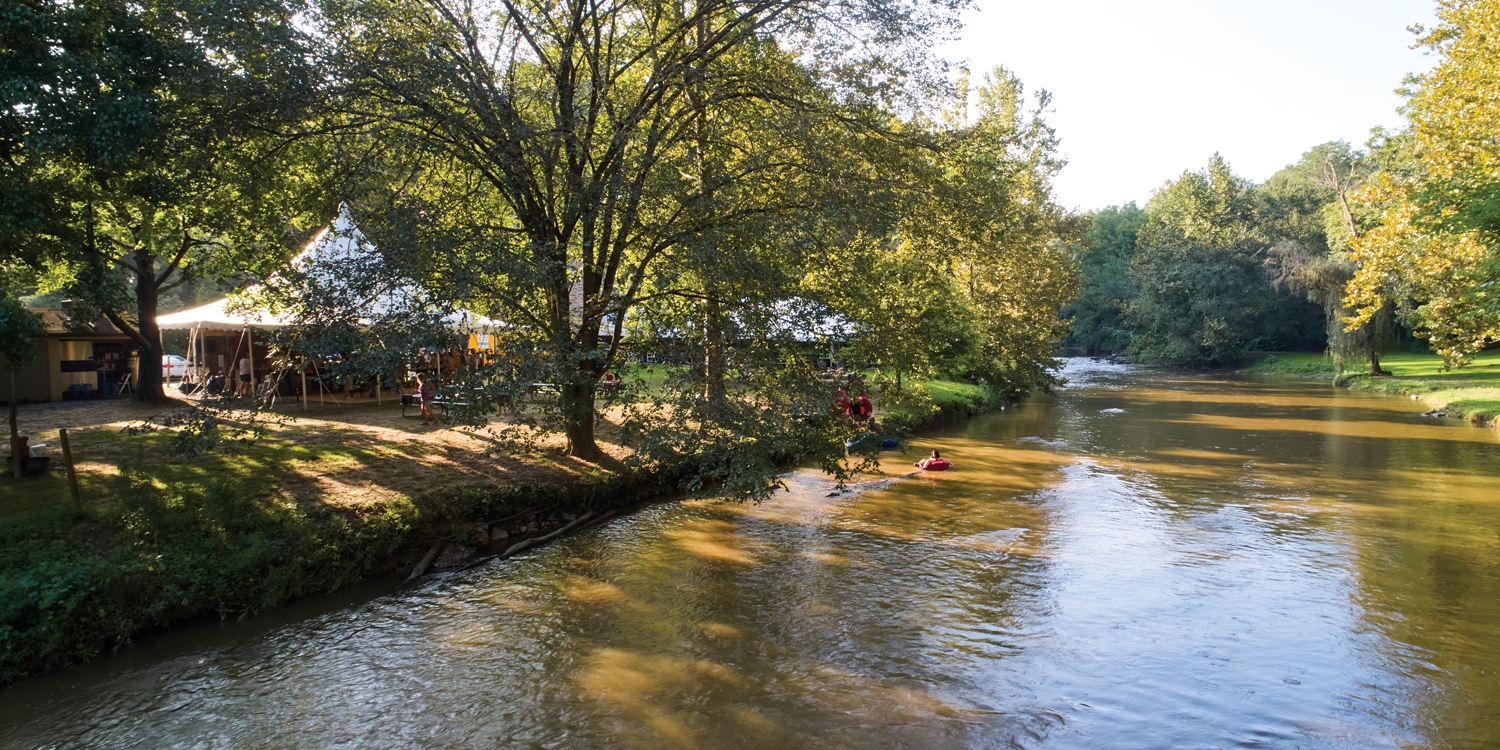 Tubers enter the water at Sickman’s Mill and float along the Pequea for approximately two hours.

New this year is shuttle service from Downtown Lancaster, with buses departing from  Tellus360 Friday through Monday (Friday and Monday at the top of the hour beginning at 12 noon and Saturday/Sunday beginning at 10 a.m. The last departure on any of those days is 8 p.m.) A stop has also been added at Valentino’s Café on Sundays at 20 minutes past the hour. Return trips to Lancaster are made on the half hour, with final departure at 9:45 p.m.

The reviews give Sickman’s Mill a thumbs-up, with visitors reporting they like the “chill” atmosphere, comparing it to “hanging out” in someone’s backyard. Others said they appreciated the silence and solitude that floating down the Pequea – sans a cellphone – provides. Many report it makes for a great family outing. 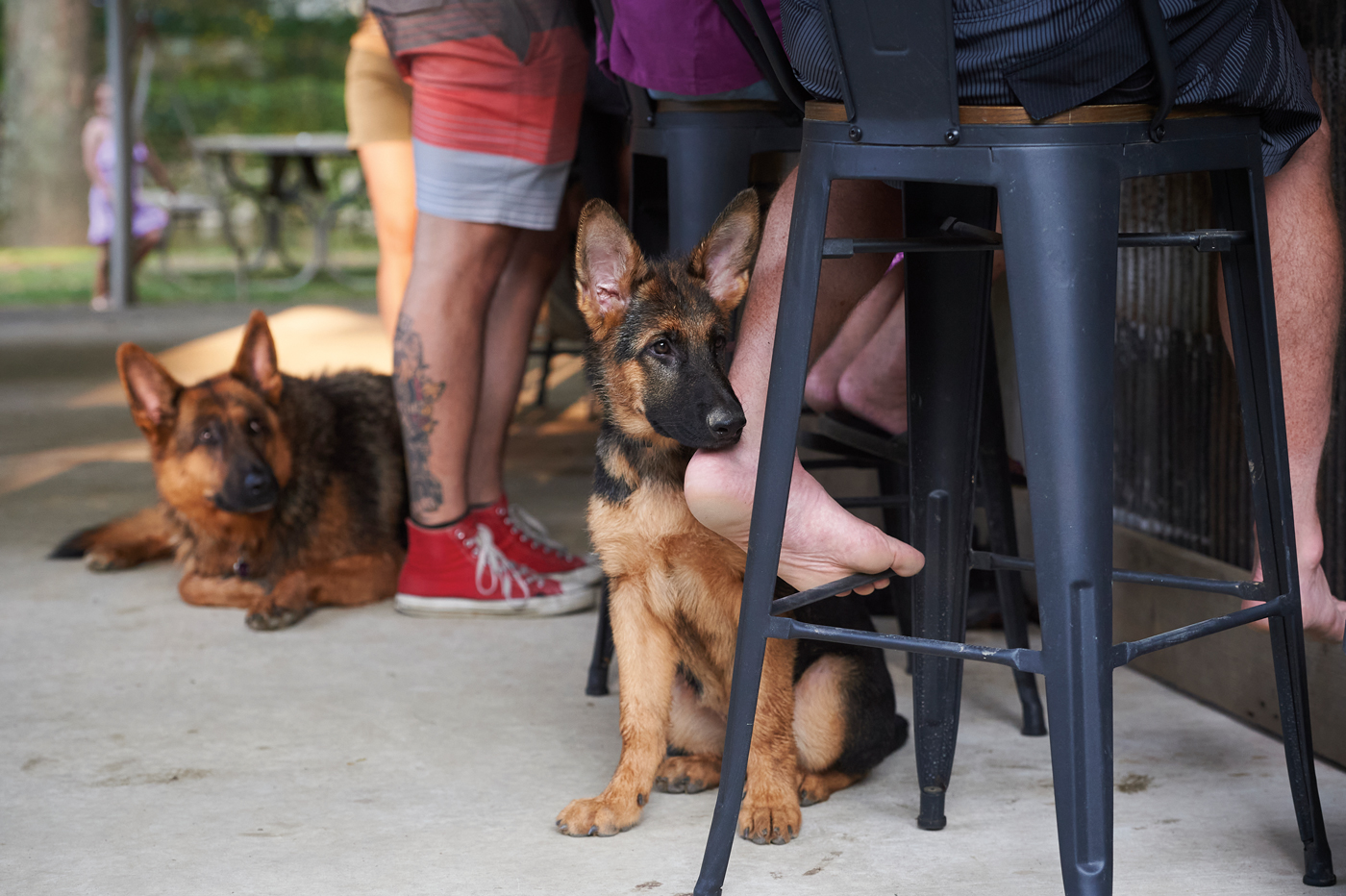 As for Jimmy’s Place, which is named in honor of the Devoys’ dog, who sadly passed away in May, the bar is stocked with brews and spirits from Pennsylvania, as well as a special concoction called Jimmy’s Juice. Grab-and-go items (vegetarian) are also available. Food is also provided by food trucks and other purveyors. Speaking of dogs, they are welcome to hang out.

history-wise, Sickman’s Mill is bursting with it. Dating to 1752 (that’s the earliest record of its existence), the mill has served as a distillery, a saw mill, a flour mill and a grist mill. More recently, it was the site of an antiques venue, a campground, an events space and a Halloween attraction. George Washington may have visited in 1773. The name was inspired by previous owners Fred Sickman, a miller of flour, and Warren Sickman, who operated it as such until 1967. 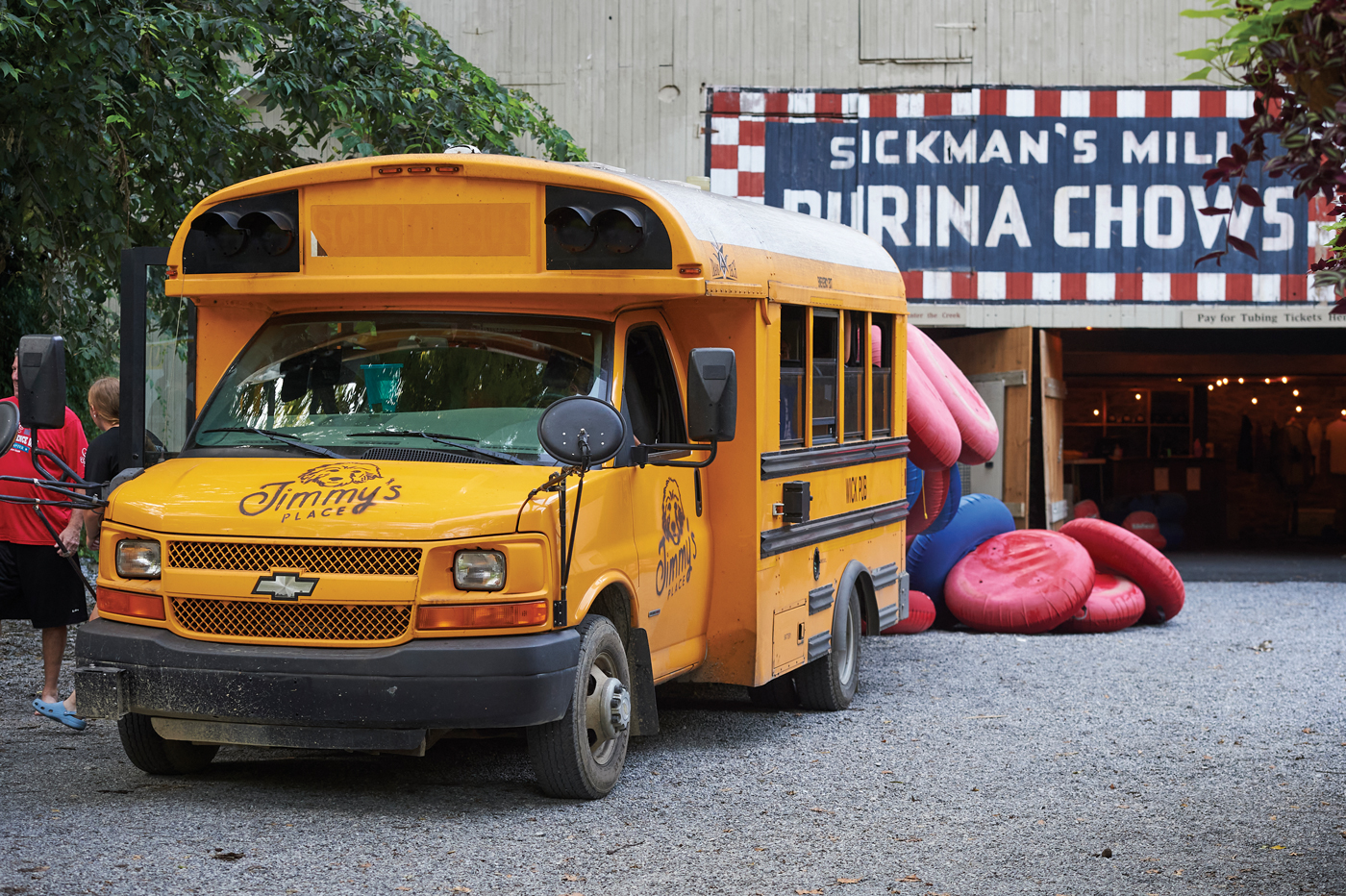 In regards to the mill’s picturesque location, it sits in an area that became known as Horse Hollow. Several events may have contributed to the name. According to unchartedlancaster.com, on December 1, 1845, Frederick Pfeifer was on his way to deliver a load of wheat, when his horse slipped on ice and Pfeifer, the wagon and the horse fell off a cliff and met their demise. Legend has it that Pfeifer haunts the mill.

Another theory relates to June 1863. Union soldiers arrived in the area to await the outcome of the Confederate advance north via the Susquehanna River at Columbia-Wrightsville. The soldiers’ tethered horses dotted the landscape, ready to make a quick escape should one be needed. Did they end up in Gettysburg? Who knows. Another tale relates that the Union Army herded reserve horses into the hollow for safekeeping throughout the war. 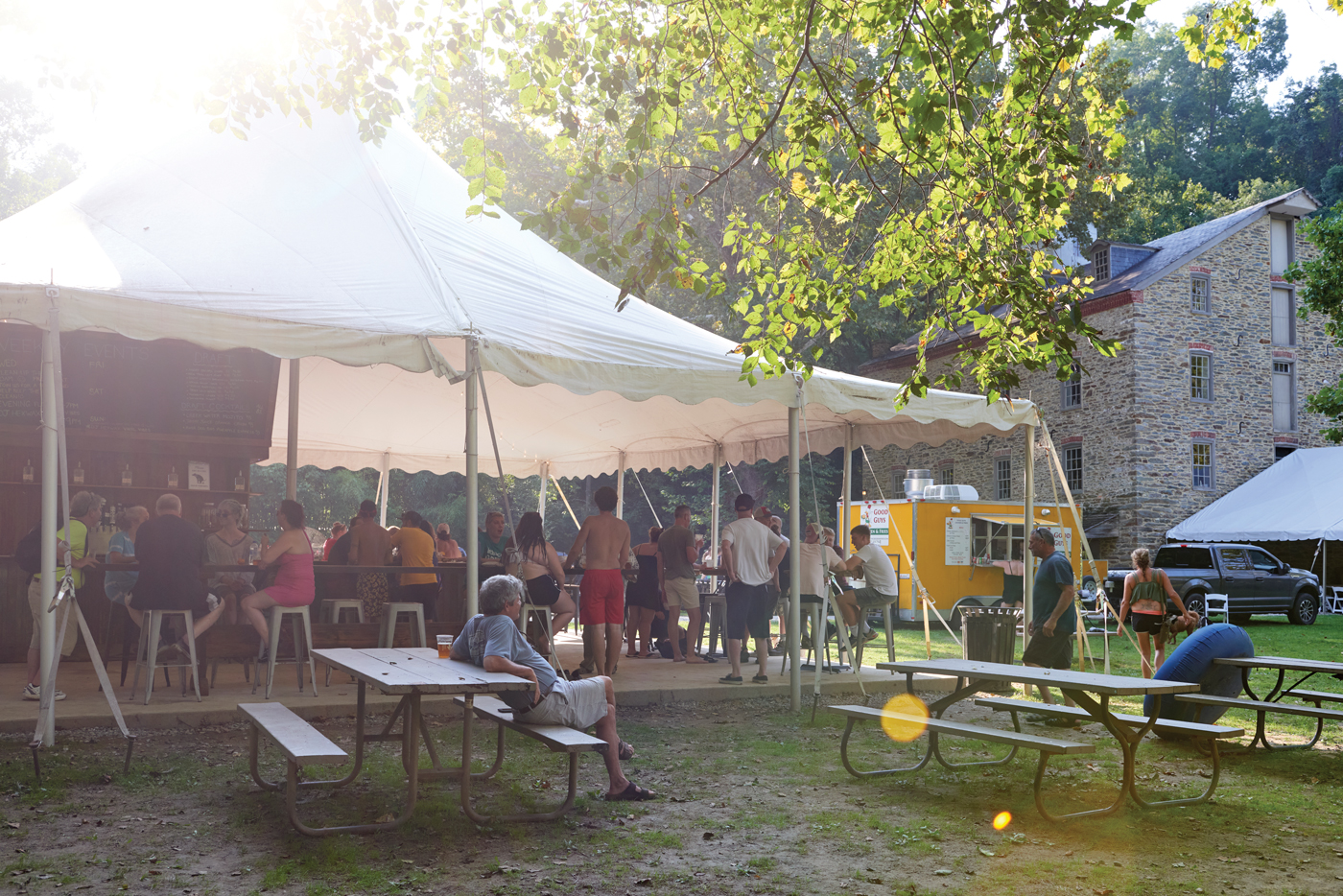 The tiki-style bar, Jimmy’s Place, offers drinks and snacks before or after tubing. It’s also become a popular place to just hang out on a summer’s day. The property also hosts activities such as bingo, live music, dodgeball, potluck dinners and more. Note the mill building in the background.

The waters of the tree-lined Pequea Creek provide the perfect escape from summer heat.