Open since late December, root’s focus is on vegan and vegetarian food and beverages. Also noteworthy is root’s repurposed location: the former Wacker Brothers Eagle Brewery facility, which was most recently home to Pittsburgh Paints.

Exposed ductwork and brick are just a few of the elements that drive root’s industrial-inspired atmosphere. Root’s owner, Rob Garpstas, a former owner of 915 Café, notes, “For the most part, the brick is in good shape. It had been painted a few times, but we removed as much as we could. I wanted to keep the brick as raw as possible; I believe the natural state of anything is its best appearance.” He also believes in repairing and repurposing as much as possible. For example, the tables and the bar were constructed from recycled pallets. Large, street-side windows admit plenty of natural light.

Seating capacity is 84 – 54 in the bar/dining area and 30 in the back dining area. The two areas are separated by a kitchen that overlooks and is open to the bar/dining area. In addition to TVs, the bar area also boasts a TouchTunes jukebox. An existing garage door at the rear of the building will be fitted with a screen and rolled up during warmer weather.

As for the menu, Rob says there is something for everyone. “Everyone thinks that vegetarian or vegan food focuses on salads or fish. That’s not the case,” he states. At root, everything – from bar fare to desserts – is vegan. “Our menu has a wide variety, so even carnivores can find something. We do traditional food with a twist; we make everyday food healthier for everybody. Once people taste some of the items, they’re surprised.” In most cases, “pleasantly surprised” would be apropos.

Consider the key lime cheesecake. It’s made using ground cashews in place of some of the traditional ingredients. “It’s just as tasty, but it’s healthier than traditional cheesecake,” Rob notes.

The menu changes every four to six weeks in order to take advantage of seasonal items that are available from Lancaster Farm Fresh co-op. Everything is made from scratch, including a gluten-free pasta. In addition to the key lime cheesecake, some of the menu offerings in late January included twice-baked stuffed potatoes; teriyaki spring roll; bruschetta; pecan watercress salad; tofu ham, pineapple and jalapeño pizza; nacho pizza; Thai vegetable wrap; linguini with white wine/garlic/oyster mushroom sauce; and three-bean chili with corn muffin top.

Like other Lancaster restaurants, root wowed its customers with special dishes for the Super Bowl (tofurky cold cut subs and chili cheese soy dogs were among the offerings) and Valentine’s (risotto stuffed eggplant rolls, cheesy linguini with dill and peppercorn sauce, and triple chocolate mousse cake were among the selections).

In addition to dinner, root also offers brunch on Saturdays and Sundays; the menu is posted weekly on Facebook.

Vegan offerings also extend to the beer and wine selections. “We’ve had a few people question some of our selections, but the sales reps have provided us with documentation showing that they are indeed vegan,” Rob explains.

Currently, Guinness is not one of the beers on tap, due to the fact that it’s made using isinglass, a clarifier made from dried fish swim bladders. (Vegans do not eat or use animal products.) However, Rob says that the iconic Irish brewer will be going vegan by the end of the year, so root patrons could see the company’s brews added to the beer options when that occurs.

“Being vegan or vegetarian is a way of life,” Rob remarks, adding that he’s been vegan for nearly five years. It’s a family affair, as his wife and daughter are also vegan. “I tried something new,” he says of his adopted lifestyle, “and it took hold of my life. I’ve been in the restaurant business for a long time, so this was a major shift.”

He stresses that in addition to being a vegan restaurant and bar, he regards root as a neighborhood place. “There’s no soapbox here. You don’t have to be vegan or vegetarian. Everyone is welcome,” he says. 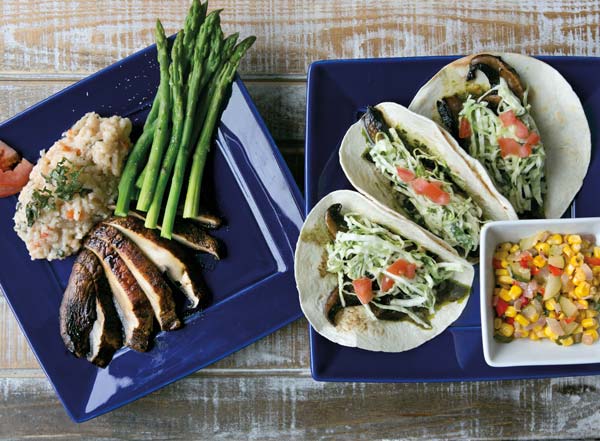