Deep in the onset of the pandemic, when we could not even leave our homes, I sat in bed one evening scrolling through Instagram on my phone, double tapping to create hearts on posts I liked and flipping past advertisements until one caught my eye. A cruise. A cruise was just a dream in a world where disinfecting packages delivered by newly anointed essential workers had become the norm; even a simple trip to the grocery store was an apprehensive adventure. A cruise was next level. 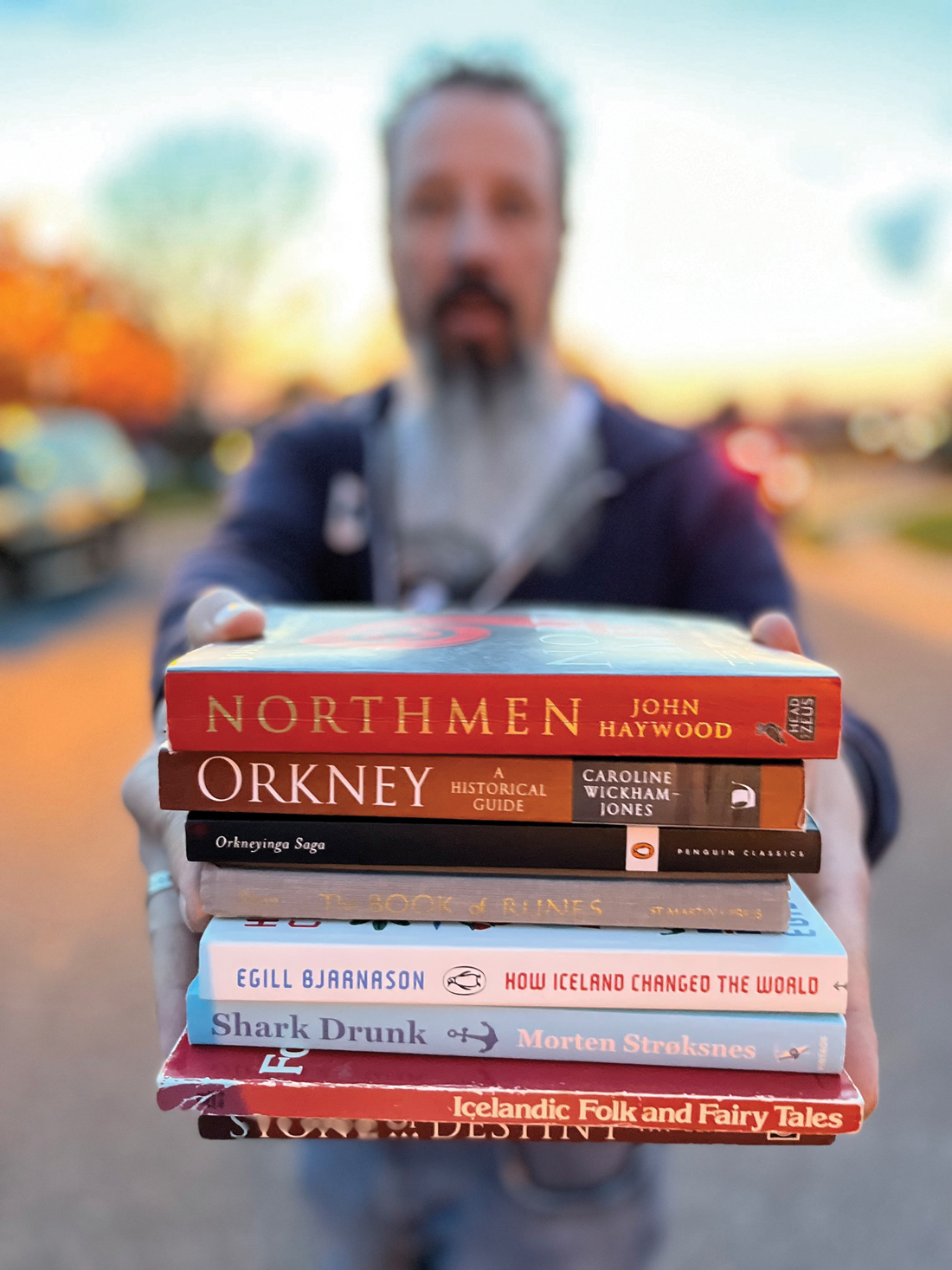 The ad was for sun-bleached, sand-filled destinations and that is just not me. I wondered where else this cruise line could take me. The next thing I knew I was convincing my wife to get onboard with a floating vacation in the then-distant year of 2022. With plenty of time to prepare, I went old school by immersing myself in culture, history and science pertaining to the North Atlantic through a series of books. Hence the title of this month’s column, which translates – in Icelandic – as Great North Atlantic Reading.

What follows is my great reading list for North Atlantic nautical travel. Sagas and Vikings. Science and gods. Prehistoric settlements and modern architecture. This is my list, and it is not complete, of what I read before setting out to visit Iceland (again), Scotland, Orkney and Norway over a span of 13 days in June. 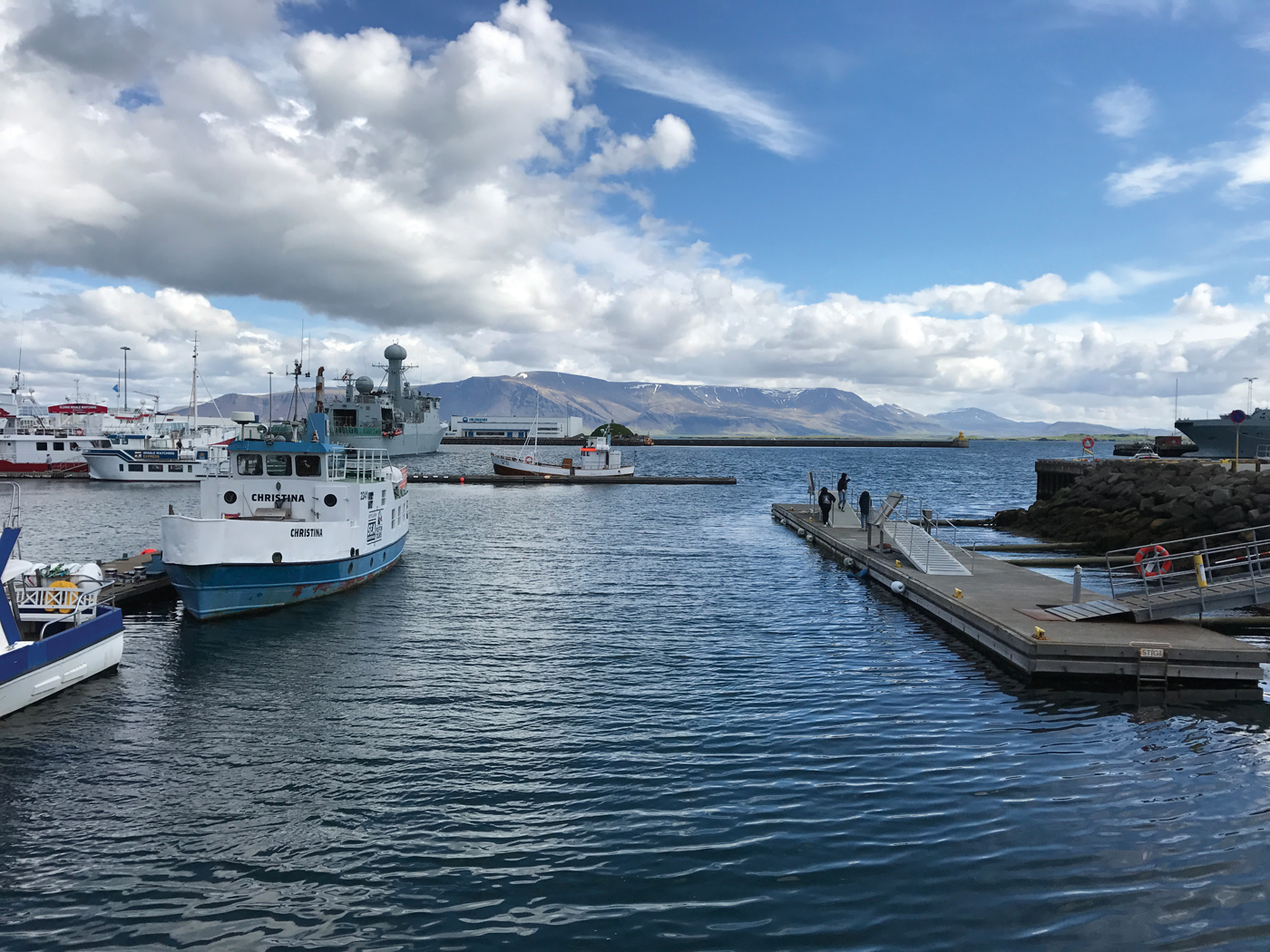 Seen from the harbor, Mount Esja is known as the mountain queen of Reykjavik and is a source of pride to residents of the capital city.

Northmen was a recommendation by a Conestoga Valley High School teacher-friend long before I planned this trip. He knew how my affinity for all things from the great, cold North grew after I first visited Iceland in June of 2017. Haywood’s treatise on the history of North Atlantic adventurers we know as Vikings covers the years of 793 through 1241, when robust men and women made their way from Scandinavia to islands like Orkney, Iceland and Ireland, and beyond to the cities of London, Paris and Constantinople. This is no casual read. Stuffed with historic details of minutia and emblazoned with grand and fierce campaigns of war and expedition, Northmen straddles a thin line between creative nonfiction and textbook. This book led directly to the reading of the next two.

The only thing I knew about Orkney – once I located it on a map – is where it is located in the waters between the mainland of Scotland and Shetland, home of the adorable, fuzzy ponies. Now, without having been there and only having read this book, I feel like I know the roads from Kirkwall to Stromness intimately and could distinguish between the coastlines of Papa Westray, Rousay and Hoy – a few of the 70 islands and islets comprising Orkney. This text will be most enjoyed by those who have a deep interest in the history of ancient civilizations as it dedicates most of its ink to life prior to the 12th century and only a few chapters to “modern” Orkney. Soon I will be at the preserved Neolithic village of Skara Brae and will have a deeper understanding of its importance thanks to this book. 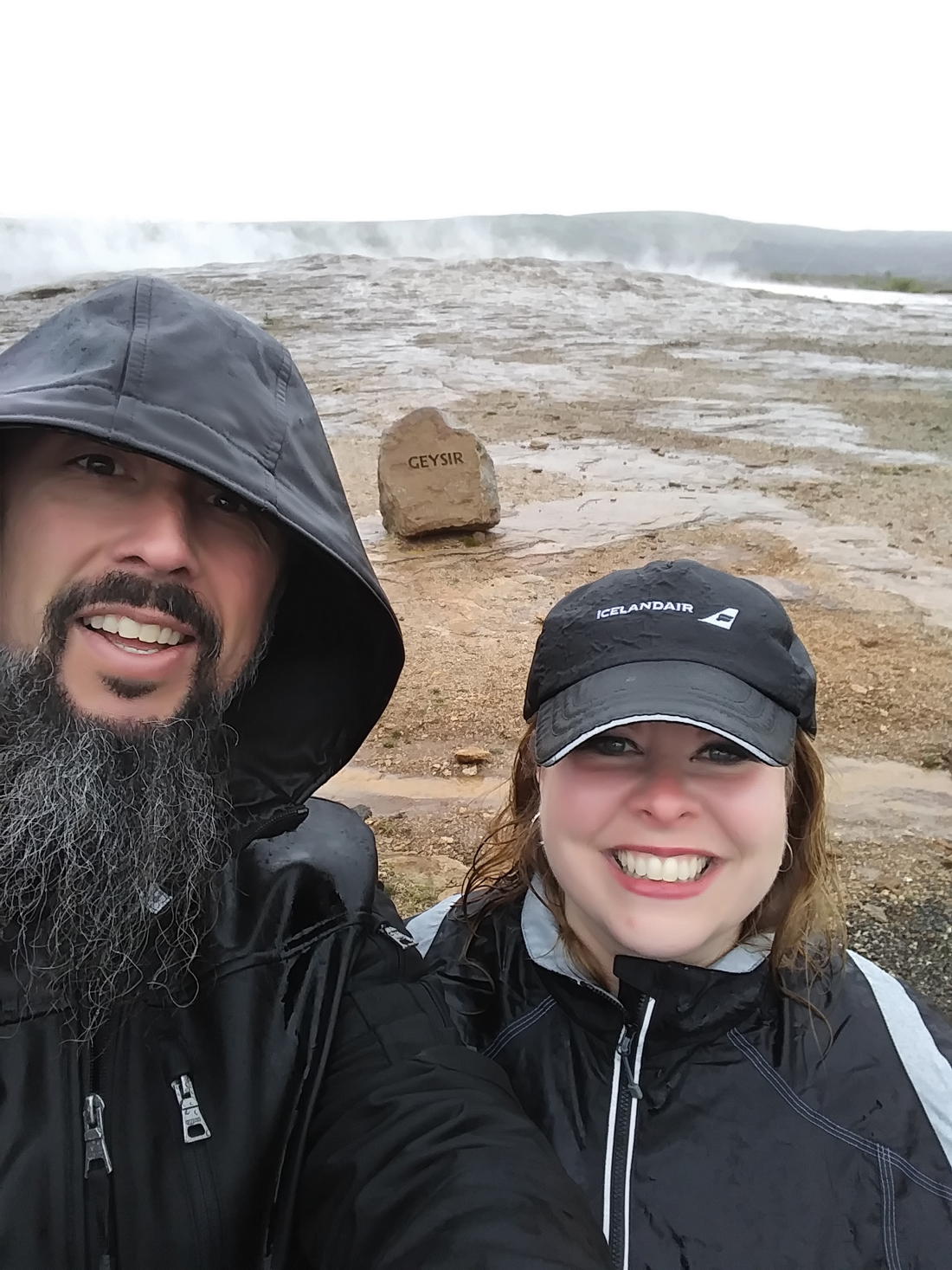 On their first trip to Iceland, the Uptons visited natural wonders of southern Iceland, including Geysir, the geothermal spout defining the word geyser for all other occurrences around the world. Geysir doesn’t erupt with the regularity she used to, but visitors can still find a great photo opportunity here.

Having delved headlong into the prehistoric and modern history of Orkney through the eyes of an archaeologist, it was only right to read the island’s namesake Saga. Sagas are the written records of the oral histories of the early seafaring, European explorers who voyaged to Orkney, Iceland, Greenland and even the Americas. During my first visit to Iceland, I took a bite out of one of the largest tomes I could find; trying to immerse myself in a culture before I arrived on its shores, I read only a quarter of The Sagas of Icelanders edited by Örnólfur Thorsson, a 700+ page, historical missive, complete with a glossary, maps and appendixes. So, when I picked up the much smaller Orkneyinga Saga I was already accustomed to the writing style, which mimics the familial and journalistic prose of the Old Testament. There are splashes of humor, usually at the expense of other, less fortunate humans, but for the most part the Sagas, including Orkneyinga Saga, are mere records of places, deeds and family trees. Interest level in the subject must be high to fully appreciate the Sagas.

The Book of Runes by Ralph H. Blum

After throwing myself into books on Vikings, I thought it would be a good idea to understand the written “word” of the people. Runes are symbols that exist as letters, words and phrases, or meanings associated with gods and the natural and spiritual worlds. This is an eloquent and simplified description of runes. I say this not to brag, but to serve as a contrast to The Book of Runes, which is a dull and repetitive read. I read this so you do not have to. Instead, if you want to experience and learn runes, download the app Runic Divination or Runic Formulas by Evansir. These are much more fun. 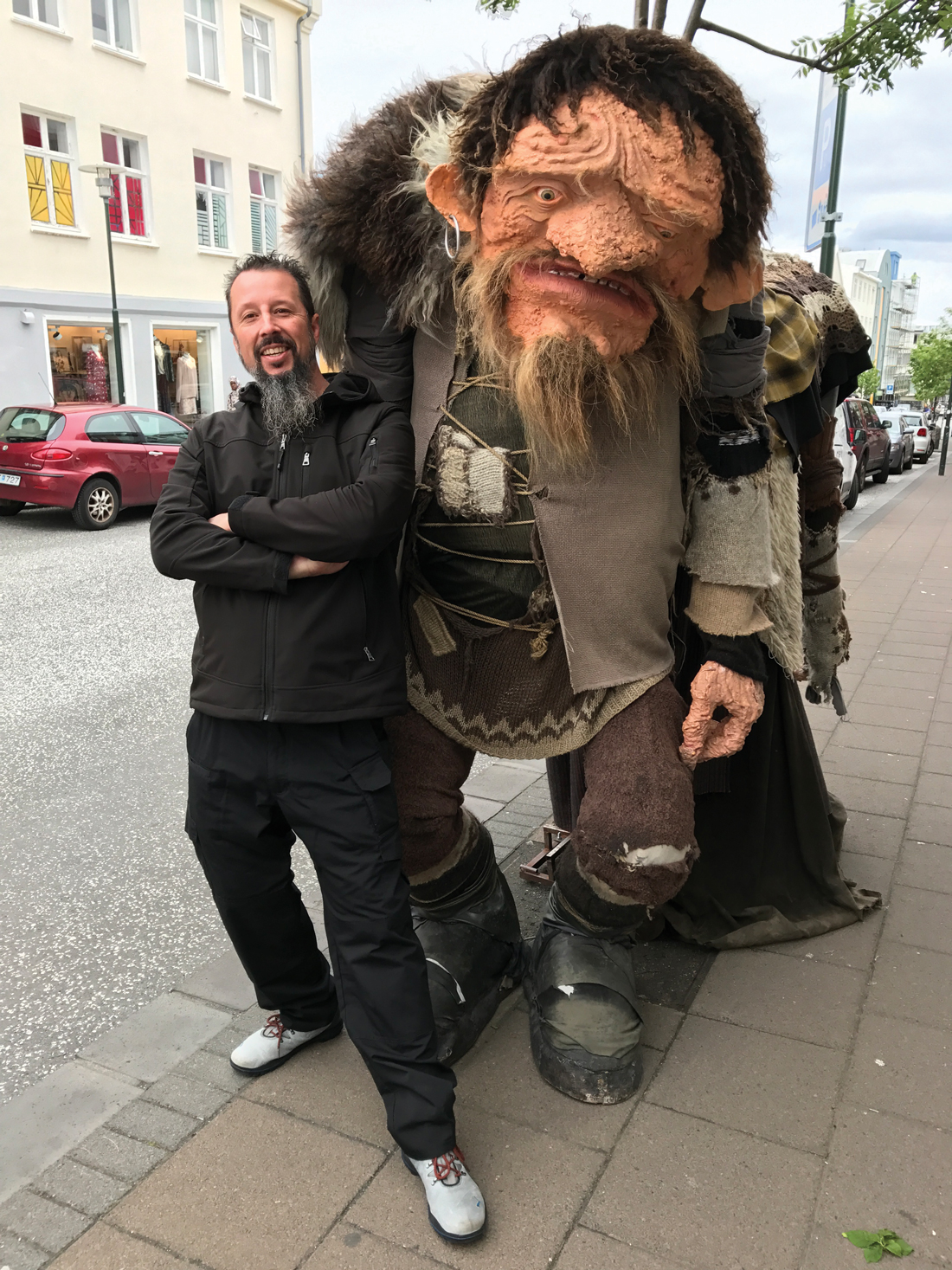 Trolls, fairies and gnomes dwell in the lore of Iceland and Michael found one welcoming shoppers to a Reykjavik gift shop.

How Iceland Changed the World by Egill Bjarnason

How Iceland Changed the World is the newest book on this list. I did not know how new until I got to the Afterword and read how Bjarnason wrote through the recent pandemic. Divided into historical periods, the book covers everything from medieval history through current politics from the vantage point of an embedded Icelander with a keen sense of place. Throughout, tidbits of information linked to Icelandic history – like the etymology of Bluetooth –
are woven into deep, experienced looks at world war, space exploration, climate change and women’s equality. How Iceland Changed the World is also a book about literature of place with enough suggestions of further reading woven throughout to keep even the most avid reader occupied through the next pandemic.

Journalist and creative nonfiction writer Morten Strøksnes has penned a love letter to the sea with Shark Drunk. The subtitle, The Art of Catching a Large Shark from a Tiny Rubber Dinghy in a Big Ocean, only serves as a synopsis of the overlying actions and adventures of Strøksnes and artist/friend Hugo Aasjord on the remote coast of northern Norway. A quarter way through the read I started to realize the deep human connection between the sea and the stars. Yes, even children know the moon pulls the tides, but there is a deeper, often unrealized, connection between the depths of the ocean and space and the human species. We are the filament connecting the sea and the stars for time immemorial. This is only a bit of the reflection and knowledge awoken in me from reading this book. 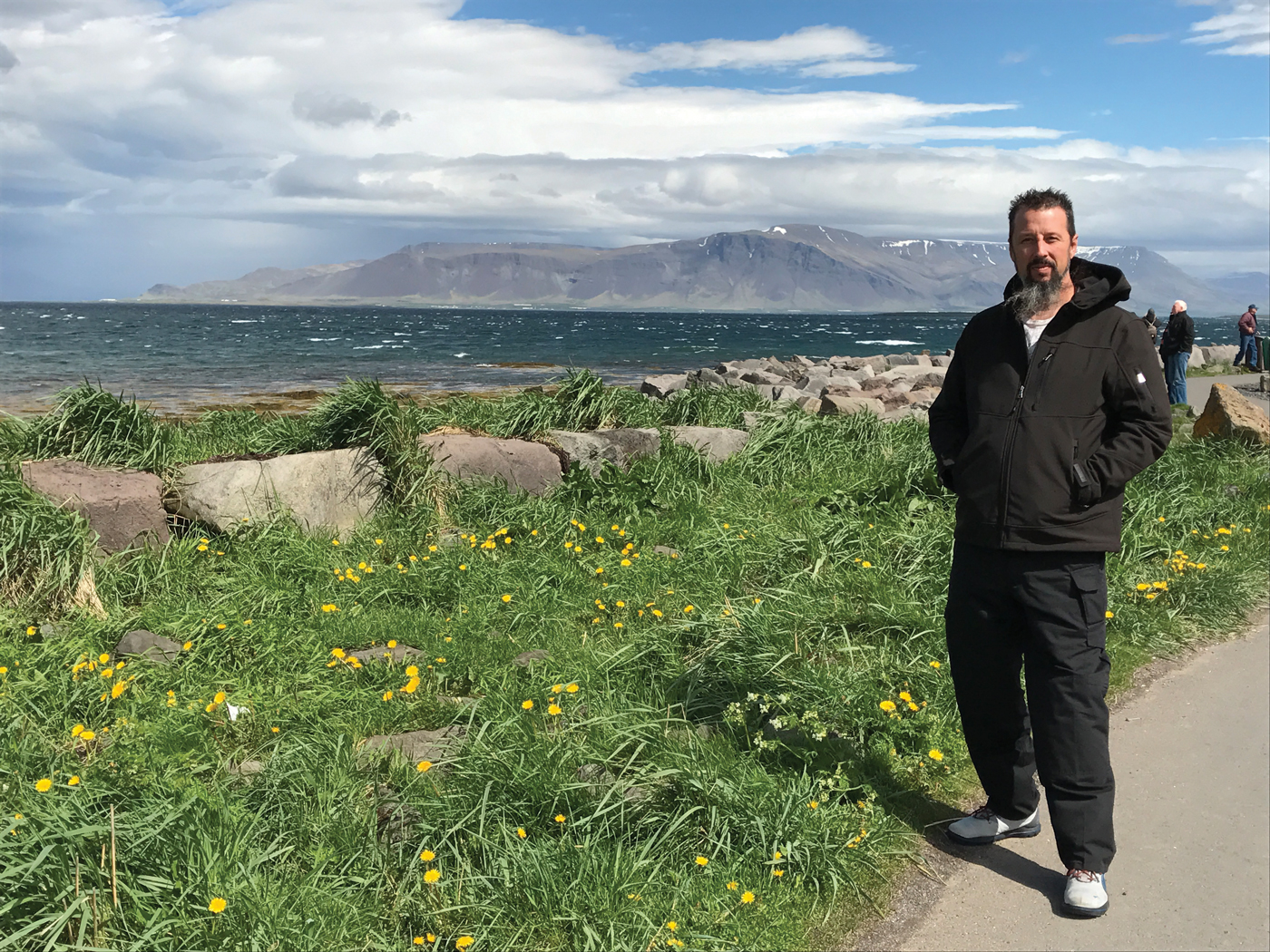 The Pirate by Sir Walter Scott. This book, which takes place in Orkney, was originally on my list, but I lost it. Seriously.

Voluspa and Havamal, Bellows translation. My pocket-sized edition of runic verse is going with me on my trip.

Landnamabok: The Book of Settlements. Iceland’s first history book was compiled in the 13th century.

Cab 79 by Indridi G Thorsteinsson. Detailing the social changes of Iceland during WWII, this novel was quite controversial when first published in 1955.

Stone of Destiny by Pat Gerber. This book about the most important rock in Scotland was on my list early, but I ran out of time to read it.

Women in the Viking Age by Judith Jesch. I just added this book by the Viking studies professor at the University of Nottingham to my list, too late for this voyage.

Icelandic Folk & Fairy Tales (Jón Árnason). A compilation of 50+ tales of elves and trolls, ghosts and sorcerers, saints and sinners and more, I keep this book on my headboard for a quick read before bedtime.

Want to travel along with us? Readers can check on our adventures by searching #UptonsGoEU22 and following on Instagram at @michael.c.upton and @drinkitwriteit.

Near the continental divide where the North American and Eurasian tectonic plates separate to slowly form an ever-enlarging Iceland, glacier-fed streams flow with crystal-clear water.