When announcing a party, making a compelling first impression is essential. And, what makes the event’s first impression? The invitation! Meet the creative mind and hand behind some of the most innovative invitations issued by a Lancaster organization for its fundraising events. 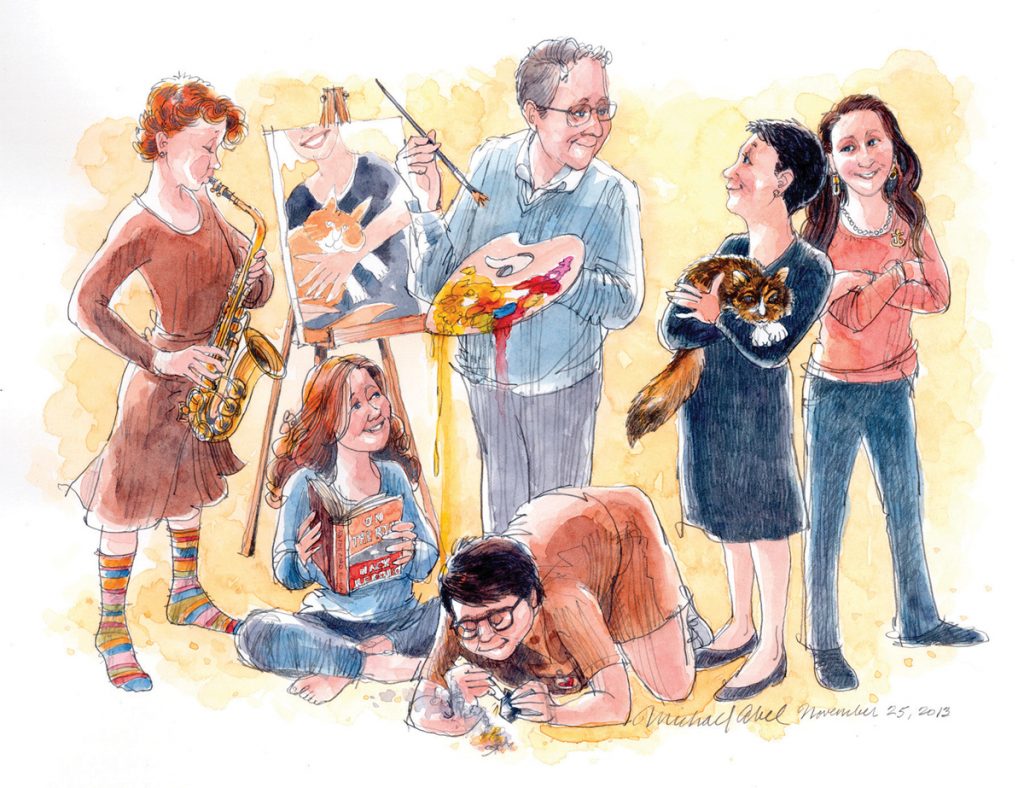 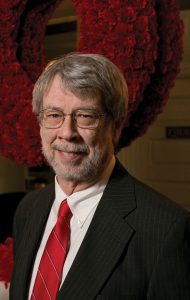 Credit Mike Abel as being the “maestro of the invitation,” and he quickly deflects the accolades to the many committee members of the nonprofit organizations with whom he works to create successful fundraising events year after year.

Yet, it’s difficult to overstate the significance of the invitation – especially if it’s the nonprofit’s most important fundraiser of the year. Therefore, when that envelope and its contents land in a would-be guest’s mailbox, it’s essential that it stand out among the letters, bills, “junk” mail and the ubiquitous Amazon box. Once it catches his or her eye, it has to be opened and read. Finally, it must generate enough excitement and anticipation to ensure that the recipient follows through and actually makes a monetary commitment to attend. In other words, the invitation absolutely must entice, explain and sell the event – no small task for a few sheets of paper!

That is until professional artist Mike Abel takes hold of the paper and adds his signature illustrations, making the otherwise mundane facts of who, what, when, where and how much come alive with his whimsical artwork. It’s what he does year after year for LancasterHistory.org (formerly the Lancaster County Historical Society) and has done for other local nonprofits, including the Lancaster Symphony Orchestra and the Demuth Museum.

The combination of Mike’s love of history and his talent for art is the alchemy that fuels his decades-long role as illustrator for LancasterHistory.org’s annual gala invitation. A board member since the 1980s, Mike takes his lead from the staff and committee’s selected theme, often focusing on a specific time period or historical event. Then, Mike begins his research. Historical accuracy of period costumes and details, he says, is critical.

With one exception: the ever-present frog.

Look closely, and you will notice that many illustrations for LancasterHistory.org invitations include a frog. The green fellow is often dapperly dressed, involved in the spirit of the party’s theme, and standing side by side with prominent historical figures like Lancaster’s only U.S. President, James Buchanan. Why? “President Buchanan enjoyed spending time in thought at his Wheatland’s frog pond,” says Mike. “And, he once said he hoped in another life to come back to live as a frog in that pond.” Mike has at least granted Buchanan’s wish in pencil sketches and watercolors.

In addition to enlivening invitations for community fundraisers, Mike annually donates a piece of his original fine art to the Demuth Museum’s Invitational, which, when sold, will benefit the museum. He has also illustrated numerous books for local authors and created more serious graphic design work for corporate clients. 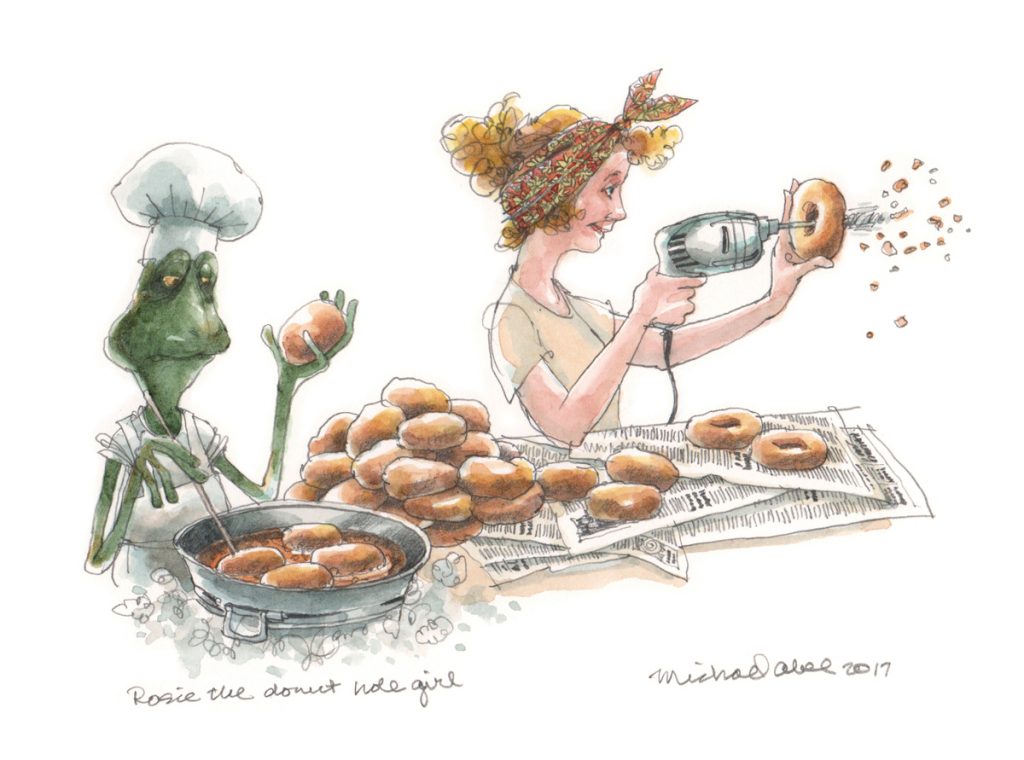 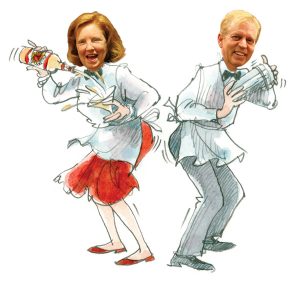 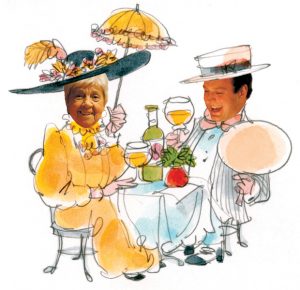 Even when he’s off-duty, Mike is rarely seen without his sketchbook, particularly at social events like dinner parties. “While others are rollicking, I’m quietly sketching them,” he says. “We introverts can entertain ourselves for hours.” Then, his witty sketch is passed around the table, capturing the essence of his subject in a few well-placed pencil lines and a keen sense of observation. “The best stuff is other people’s material. I just record it,” he explains of his impromptu artistic process.

This Philadelphia College of Art graduate admits he occasionally gets “stalled.” His antidote? “In the end, it’s a matter of drawing,” he says. “Drawing digs me out of the hole.” And, it surely keeps us intrigued with what possibly could be next from the sketchpad of Mike Abel. 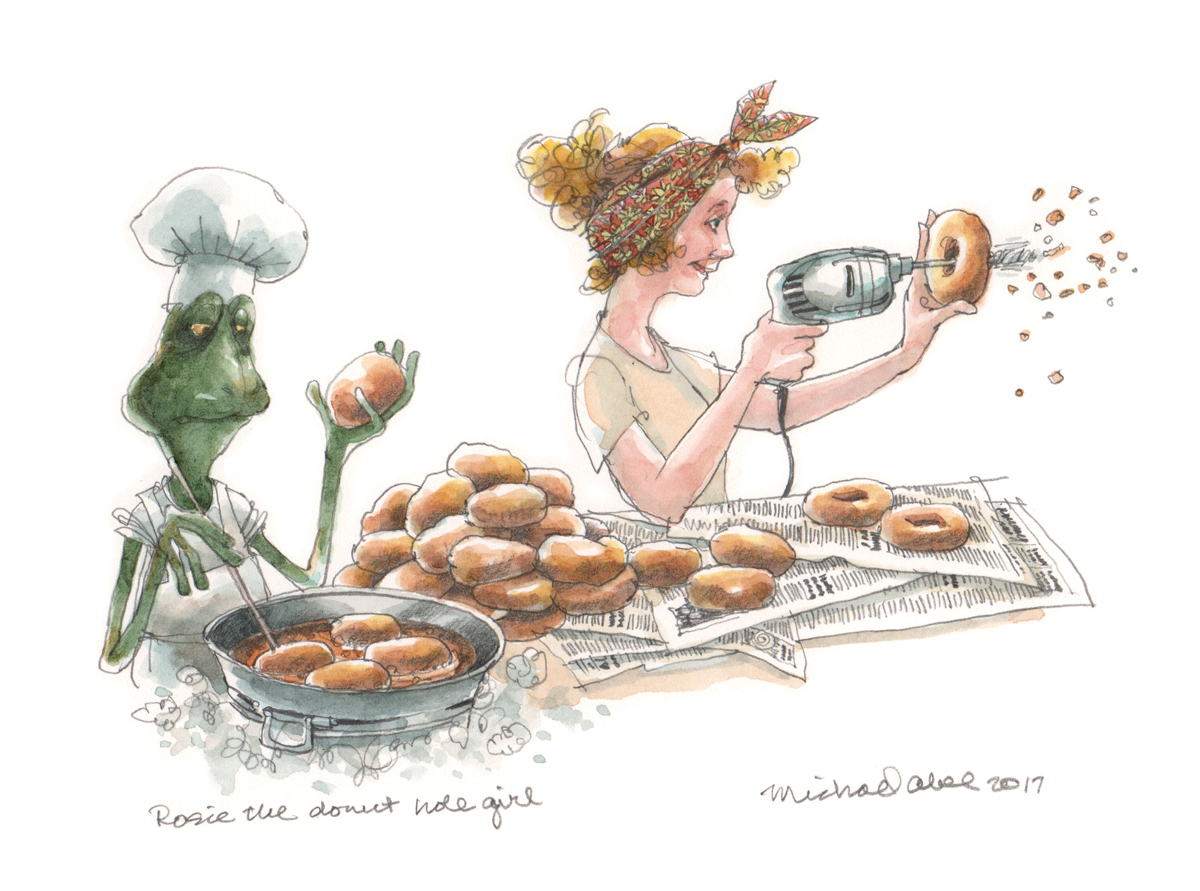