One night in 2007, Jenn Knepper was working as a nurse at Hershey Medical Center when she read a newspaper article on a women’s giving circle, which was hosting an alternative-gift fair in Harrisburg. She thought it was a great idea and helped organize a similar event in Lancaster the following year.

Seven years later, that alternative-gift fair has become known as Gifts That Give Hope, which takes visitors around the world while emphasizing the true meaning of the holiday season. (While still based in Central Pennsylvania, Gifts That Give Hope events are now popping up in other states as original members of the women’s giving circle have moved across the country.)

Representatives from 30 nonprofits will be on hand to offer gift ideas that benefit people in need locally, nationally and globally. Participating organizations includes Schreiber Pediatric Rehab Center, Girls on the Run, HOPE International, The Cookie Sale to Combat World Hunger, the African Well Project and more. Gifts could benefit a single mother in Lancaster trying to improve her career prospects; children and adults in Central Pennsylvania with developmental challenges such as autism; or people in Africa needing reliable transportation for jobs, education and healthcare. “The fair is a great way to find meaningful holiday gifts,” Jenn says. “It’s altruism at its best.”

Visitors can also enjoy tastes from around the world courtesy of Upohar Ethnic Cuisines, Catering by Christina, Urban Olive, Rafiki’s Deli, Rachel’s Café & Creperie and other Lancaster-based eateries. Fair-trade gifts including chocolate, coffee, olive oil and bead jewelry will be available for purchase, too.

Research has shown that when we spend money on others, it increases our own happiness But, Jenn says the Gifts That Give Hope Fair is so much more than that. “The average American spends $800 on holiday gifts,” Jenn notes. “We would challenge that notion and say, when you give more meaningfully and thoughtfully, everyone wins.” 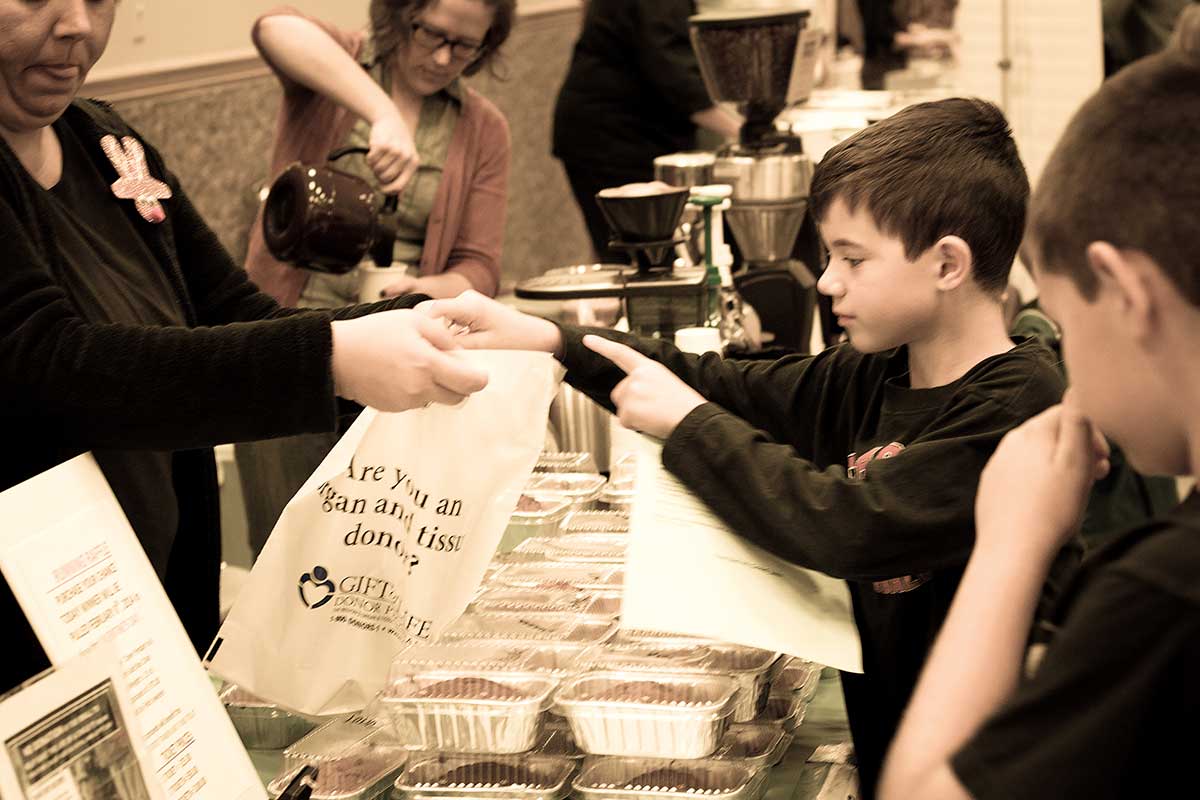