Whether you gather your family and friends around the table in a formal dining room or in a barn, Thanksgiving is a season for reflection. I don’t know about you, but I’m grateful to live in an area where the bounty is second to none.

I’m sure you’ve been reading all the press regarding the disappearance of the formal dining room. Our affinity for going casual has prompted homebuilders to totally skip the room, designate it a flex room or incorporate the footage into the kitchen, thus making the breakfast room more of an all-purpose dining area. I’ve even read articles that encourage homeowners to think outside the box and haul their dining room furniture into the great outdoors for the ultimate al fresco dining experience.

Photographer Helen Norman used that premise to produce a feature story for Southern Living magazine’s October 2013 issue. The farm she owns, just over the Maryland line in White Hall, served as the setting for a harvest-themed dinner. Fortunately, she asked me to collaborate on the project.

Twenty years ago, when Helen and her husband, Mark Elmore, bought Star Bright Farm, it was in a total state of disrepair. Today, it is beautiful. The 150-year-old weathered-wood and stone structures and farmhouse have all been restored. Gardens abound. The fields yield organic fruits and vegetables. The acreage is part of Maryland’s Agricultural Land Preservation program.

The 130-acre farm serves a new purpose as it’s become a “studio” for Helen, other photographers, ad agencies, film studios, etc. It’s probably been seen in every lifestyle magazine in the country. It’s also served as the backdrop for print and television ads and catalogues. I’ve had the great pleasure to work with Helen over the past few years. Despite the pace of the work, spending any time on her farm can give you plenty to reflect on. Talk about a peaceful place!

The family also loves to share the farm and as a result, it’s been the scene of numerous farm-to-table dinners, fundraising events, lectures and social events such as weddings.

When Thanksgiving rolls around, Helen’s most treasured guests don’t have far to travel. Her brother, Drew Norman, and his wife, Joan (along with their family), operate the adjacent One Straw Farm – a certified organic operation that counts many restaurants and foodies (through its CSA program) as clients. The Normans are also standholders at several of Maryland’s farmers’ markets. Their favorite place to toast the end of the harvest is in one of Star Bright’s barns. “We like to say our dining room is wherever we choose to gather,” Helen told Southern Living.

The menu, which celebrated the bounty of the harvest, could easily translate into Thanksgiving. You might call it a last hurrah before we transition into the holiday season. Thanks to the multitude of farm-fresh ingredients I had at my disposal (from both Star Bright and One Straw farms), I chose to take the menu in a rustic and simple direction, which truly allows the no-fuss flavors to shine.

And, as I’ve often said before, the cooking gods will not strike you dead if you don’t serve a turkey for Thanksgiving. Yes, leftovers are a thing of beauty, but if you’ll be traveling that weekend, they’ll  just end up going to waste. So why not prepare what you’ll need and skip the stress? A free-range chicken (or other bird of a feather) is equally as tantalizing. Sides make the meal interesting, and an old-fashioned dessert provides the perfect finishing touch. 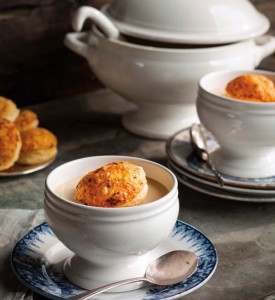 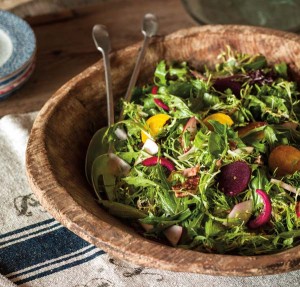 Fall Salad with Beets and Apples 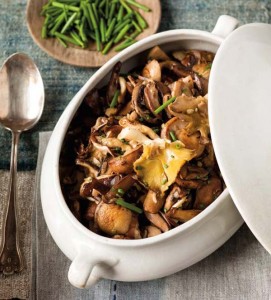 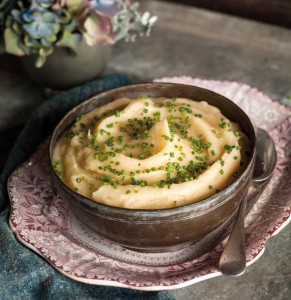 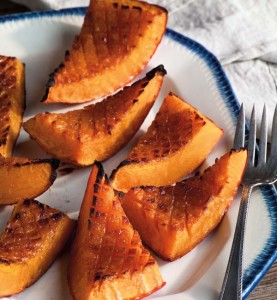 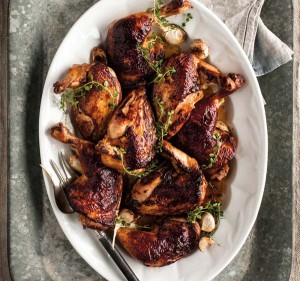 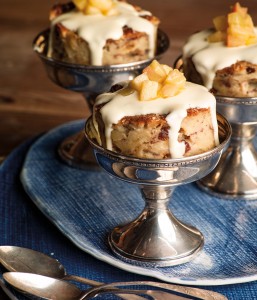 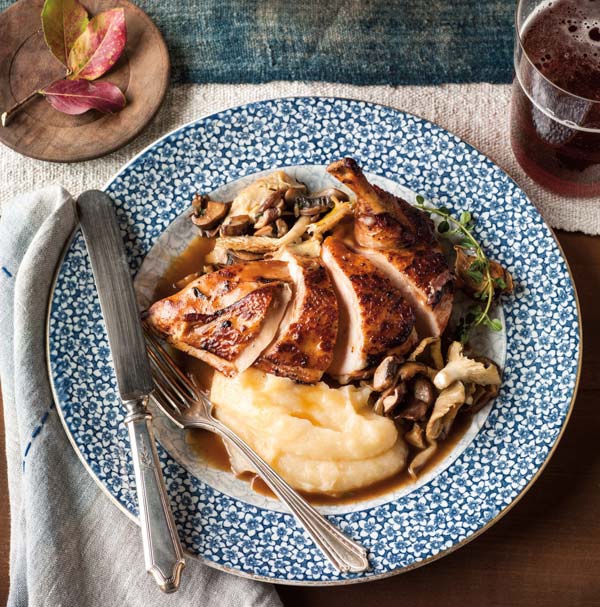