When it comes to weather, March is an unpredictable month. Warming temperatures make me  anxious to get out of the house and go hiking, but I hesitate because there’s always the chance I’ll get caught in a snowstorm unprepared. This has led us to establish an unofficial family tradition of an underground outing. While there are no show caves in Lancaster County to explore, Crystal Cave in Kutztown, Berks County, always makes for a fun day trip. 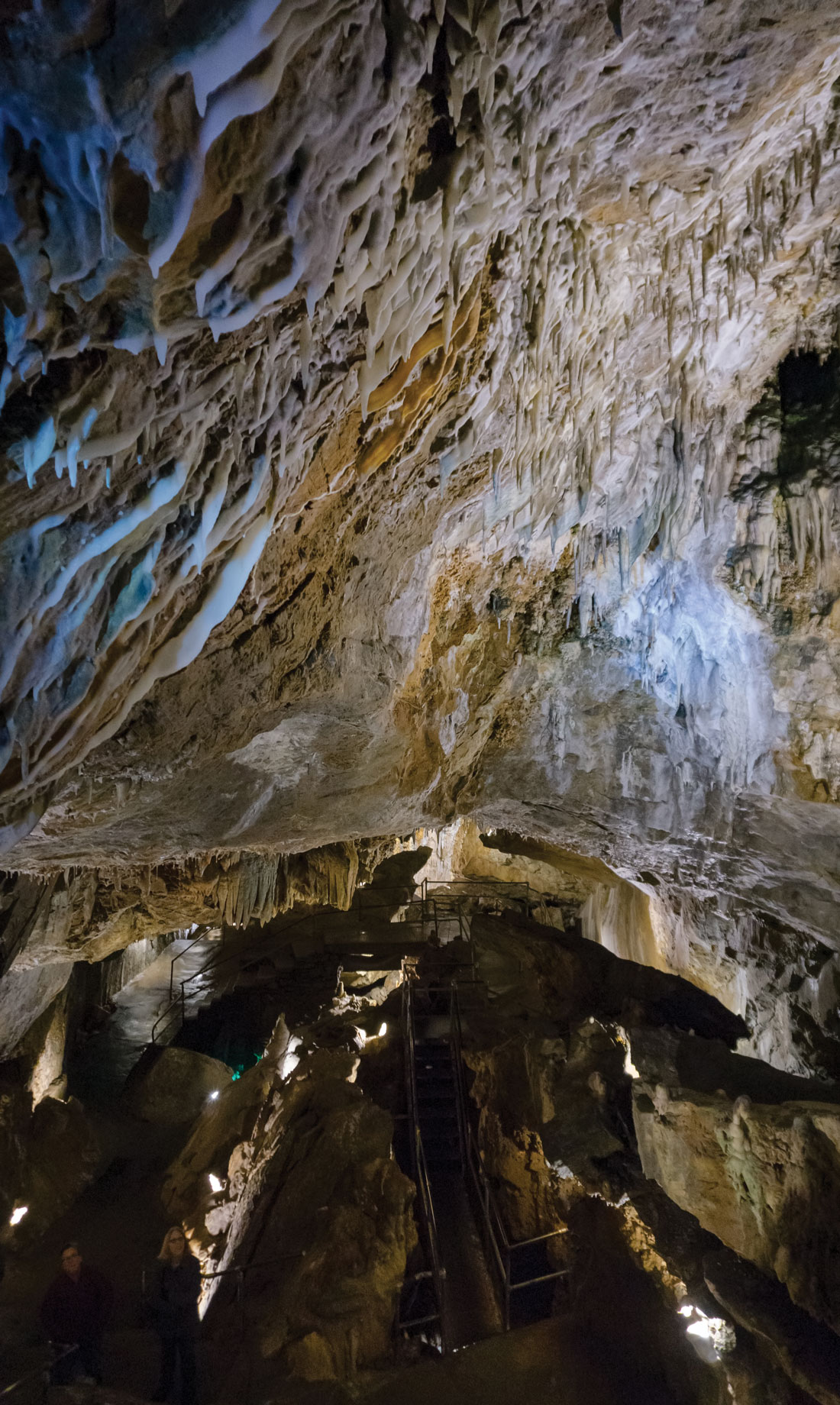 The cave is aptly named for the unique milky-white crystalline features found on its floor, ceiling and walls. It was initially discovered on November 12, 1871  by William Merkel and John Gehret, who were blasting for limestone. As the smoke cleared, a small entrance to the cave revealed itself. Curious, the men entered the opening but fear and complete darkness prompted them to turn back without exploring how deep the cave descended into the hillside.

Early in 1872, the property was acquired by Samuel D. F. Kohler. He built a rustic wooden door to cover the entrance of the cave and protect it from vandalism and theft. Kohler also began to make preparations to open the cave as a tourist attraction and announced that a grand illumination would be held on May 25, 1872. The public got its first glimpse inside Pennsylvania’s first show cave that day.

The cave became an instant hit, prompting the Kohler family to purchase a stagecoach to transport visitors between the train station and the site. They also built an inn for those who wanted to stay overnight.

Since then, various owners have improved the property by adding shops, a restaurant, an ice cream parlor, a mini-golf course, a gem-panning attraction and a hiking trail. 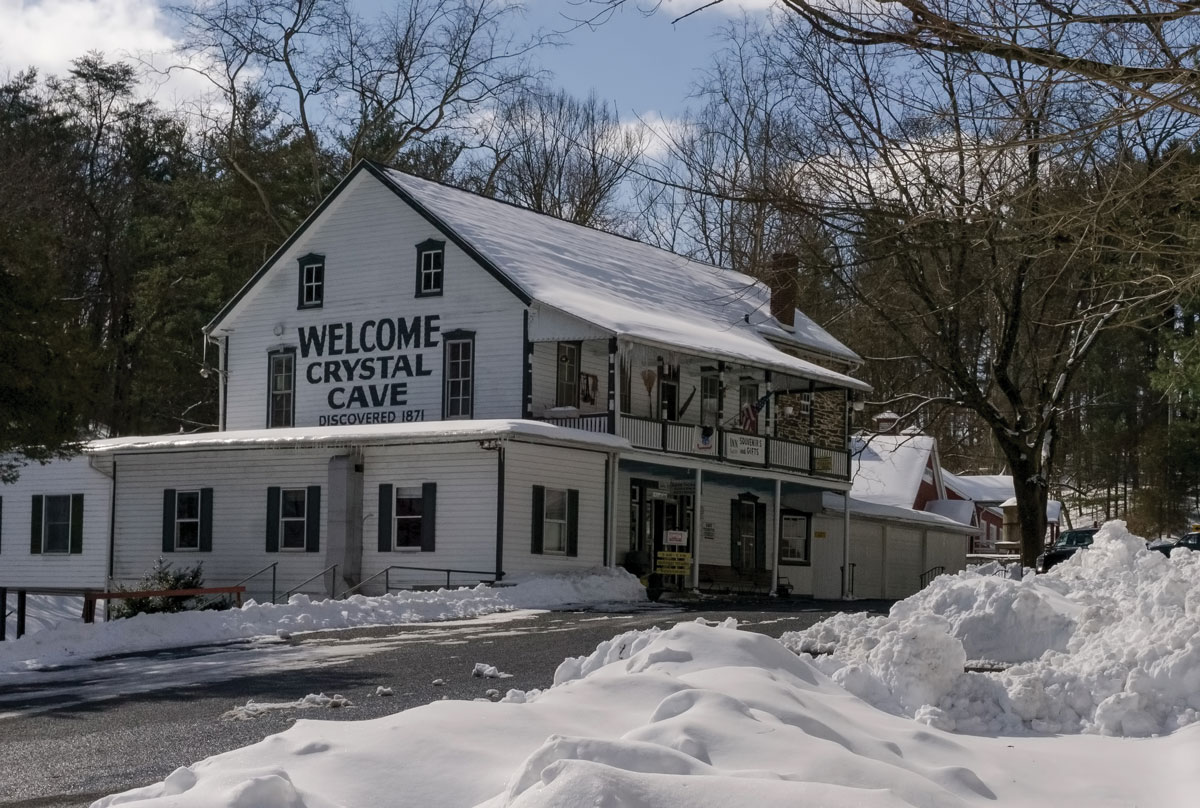 Our first trip to Crystal Cave was in March 2017. As we pulled up, my children instantly recognized the Historic Inn from pictures they had seen. We entered the inn to purchase our tickets and I had the opportunity to speak with the owner and get a few tips on her favorite sights in the cave. She pointed us up the hill to the cave entrance where a group was already gathering for the next tour.

The tour started with a brief video about the cave’s history and formation, and then we headed inside for the guided tour. Our guide was very knowledgeable about the cave, its history and the formations. The tour, which lasted roughly 45 minutes, took us 125 feet below the surface and back again. I’ve visited a number of these types of caves and this one is definitely unique, with very interesting formations that catch the eye and seemingly dance in the light.