We’ve all made pivots over the past 15 months in order to keep our careers on track. I was able to parlay my 20-plus years of writing about Lancaster County into penning a travel guide as a result of answering a post on an online job board. Now, armed with suggestions regarding the people, places and things I either forgot to mention or were eliminated during the editing process, I could probably write Volume 2. 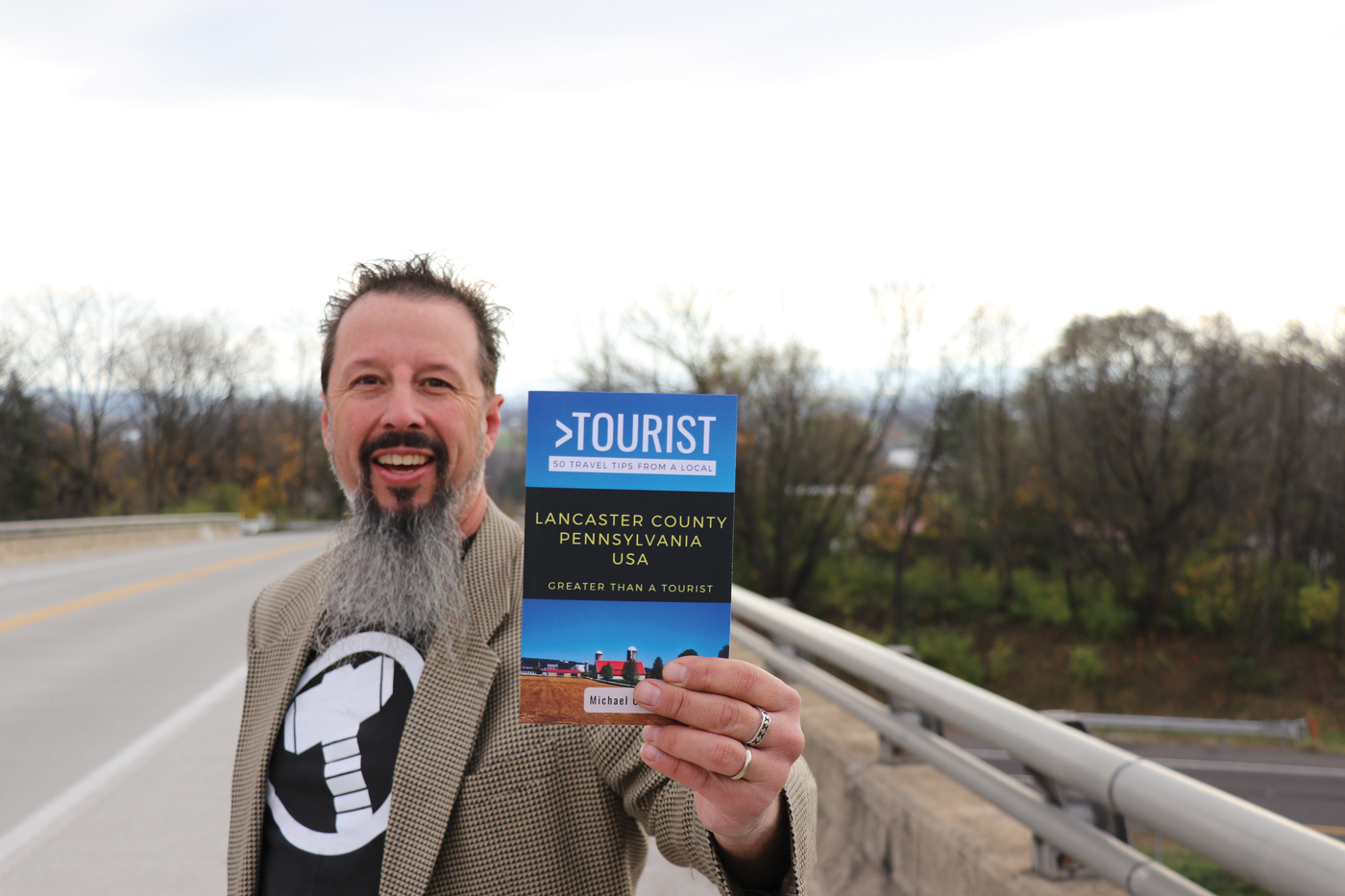 In 2020, like millions of other people throughout the world, I found myself without work when COVID-19 caused closures and business restrictions. After all, I specialize in writing about subjects relating to arts and leisure – the things people like to get out and do! I was lucky enough to enjoy work from my regular column here in Lancaster County Magazine and a few other publications, but as theatres, restaurants, breweries, travel and tourism all shut down, I found myself without subject matter. Without subjects there were no story pitches. Without pitches there were no assignments. The keys of my computer fell silent most days.

After answering a post on an online job board, I teamed up with PA-based CZYK Publishing to pen a Lancaster County edition of their Greater Than a Tourist series of travel guides. The downtime of the pandemic seemed like the perfect opportunity to create a culmination of my 20-plus years of experience conducting interviews and writing feature stories and reviews in and around Lancaster County. The mission was to compile 50 locally inspired tips for those traveling to this area. The project drew on my relationships with business owners, artists and community leaders to show the county beyond everyday tourist draws. I added exclusive insights into the area’s history, attractions and natural beauty divided into seven segments: an area introduction, libations, dining, arts and leisure, markets and deals, the outdoors and general information on some of the more well-known aspects of Lancaster County – former President James Buchanan, the Amish, goats, etc.

Greater Than a Tourist – Lancaster County was written on contract, so I do not realize any further earnings from sales, which makes me comfortable writing about it today. The book hit the Amazon shelves in both print and Kindle format in October 2020. Locally, copies can be found at the friendly neighborhood Comic Store (28 McGovern Avenue).

I was stunned by the amount of people who approached me after its release saying they had bought a copy (or two) – thank you! Of course, I did get the obligatory questions of “Why didn’t you write about ‘this’ or include ‘that?’” The answer is I either did not have the room in the allotted 200-to-250-word sections or, quite frankly, I simply forgot! Here are two topics that elicited lots of questions as to why they were not included.

I Scream, You Scream

I was shocked when my friends at Lickity Split in New Holland sent me a message. I had forgotten ice cream! For those who know me, this is a real shocker. Ice cream is my ultimate guilty pleasure. I once declared a “summer of ice cream” and set out to treat my family to frozen desserts at every chance – anytime and anywhere we could. It was a beautiful summer!

So, to set the record straight, here is an addendum to the travel guide and a partial list of some of my favorite places to get ice cream in and around Lancaster County. And, by the way, Lickity Split – home of the Plowed Field Sundae (with gummy worms) – recently renovated their look and installed a brand-new dipping cabinet for their selection of ice cream from Leiby’s Dairy. Tell ‘em I sent you if you visit.

Ice cream is almost a local pastime in Lancaster County. Every small town has an ice cream place nearby, whether it is a colorful national chain, an independent small business or just a Plain farm making their best version of the frosty delight.

When I was a kid in the city, I loved running down to Smithgall’s Pharmacy and picking out an Italian ice from the freezer case. Now that I have kids, my favorite place to take them for frozen treats is Boehringer’s in Adamstown, not just for the ice cream – I always get a thick, malted, chocolate milkshake – but for the ambiance of this creekside throwback to the 1950s where little ones discover families of ducks are way more interesting than a cheeseburger.

I do not drink a lot of soda, but I have a serious affection towards Moxie
(I know, it’s an acquired taste) and the one place where this throwback pop is always available is The Pretzel Hut right outside of Brickerville. An ice cream and burger eatery, The Pretzel Hut is often packed at peak hours but service is fast and outdoor seating is ample.

Just across the river in York County is an ice cream destination I am always glad to drive a little farther for: Jim Mack’s Ice Cream, which is ice cream, food and fun for the whole family. If superior quality and small batch ice cream is the goal, then I recommend heading to Lapp Valley Farm. Although dips can be ordered at satellite locations in Kitchen Kettle Village and Green Dragon Farmers Market, I highly recommend visiting the farm on Mentzer Road in New Holland to get the real experience.

I also forgot about sports, hence another addendum.

Golf is also a big part of the sports culture in Lancaster County, whether enjoyed by recreational players on dozens of courses throughout the county or by hosting major tournaments like the LPGA U.S. Women’s Open at the Lancaster Country Club (once in 2015 and scheduled to return in 2024). Jim Furyk, 2010 FedEx Cup champion and PGA Tour Player of the Year, graduated from Manheim Township High School.

As for the NBA, Wally Walker (Penn Manor) played for Portland, Seattle and Houston during his career and returned to Seattle to serve as president and general manager of the team.

Lancaster was also home to the U.S. Women’s National Field Hockey Team – which included local players such as Jill Witmer and Alyssa Manley – for several years. The team practiced and hosted tournaments at the county’s premier sports complex, Spooky Nook Sports in Manheim.

Lancaster Inferno FC participates in the United Women’s Soccer league and in 2018 and 2019 were UWS East Conference Champions.