It’s that time of the year! Friends and relatives will be arriving for their annual visits. The big question always arises: Where will you take them this year? Fortunately, residents of the Susquehanna Valley don’t have to look high and low to find historic sites, cultural influence or random spots of interest.

From a historic perspective, Lancaster City is rich with spots dedicated to abolitionist Thaddeus Stevens and the 15th President of the United States, James Buchanan. The Red Rose City even served as the capitol of our nation for a few brief hours before moving across the river to York. Culturally, the city is home to an art museum named after Lancaster painter Charles Demuth. And, we can’t forget Central Market, which is regarded as the nation’s oldest farmers’ market.

Beyond the city, the area holds a vast wealth of spots that are off the proverbial beaten track. My guess is that both you and your guests will learn something new about the history that abounds here. Here are four gems you might enjoy visiting. 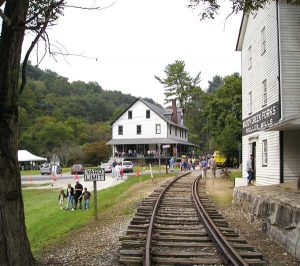 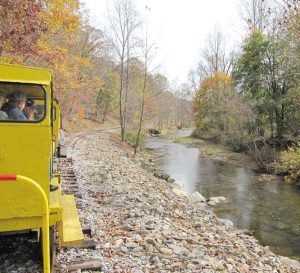 I accidentally came across the Ma & Pa Railroad Heritage Village while touring southern Lancaster and York counties in search of breweries near the Mason-Dixon Line. I stopped out of curiosity. Much to my chagrin, the site was closed (it opens the first weekend in June).  However, I was able to catch up with Craig Sansonetti, who is the president and director of the Maryland and Pennsylvania Railroad Preservation Society, as he was preparing the property to receive visitors.

“The idea that we are a mom-and-pop operation is something that a lot of people who aren’t familiar with the railroad have adopted. It’s a misconception,” says Craig. In actuality, Ma stands for Maryland, while Pa signifies Pennsylvania, which the 78-mile short line connects by winding through picturesque countryside from Baltimore to York.

Beyond a mere train ride that covers 2.6 miles of track four times per day on Sundays (and Saturdays for special events), the Village is home to a restored circa 1920s general store with railroad station, post office, town offices and a telephone room; historic photographs and a diorama; a roller mill and grain elevator; and volunteer interpreters who serve as docents.

“If you’re not a rail fan, you may have never heard of the Maryland & Pennsylvania Railroad,” Craig explains, triumphing the line’s distinction. “If you are a rail fan anywhere in the United States, you most certainly have heard of it. It was one of the most famous short line railroads in the United States.” 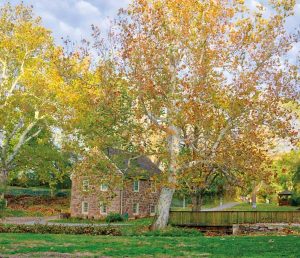 Rescued from decaying into a blighted property, the respite known as Poole Forge is located in Eastern Lancaster County, just minutes from Churchtown. In 2005, Caernarvon Township purchased the 23-acre plot of land on Route 23. With its iconic red covered bridge that was built in 1859 – crossing over the yet-to-meander Conestoga River – the property is a testament to what community can do to save a historic treasure. Volunteers logged thousands of hours repairing river banks and buildings – Poole Forge is comprised of the Ironmaster’s Mansion (circa 1700), Paymaster’s Building, a spring house, two tenant houses and the remains of a lime kiln.

It is rumored that James Buchanan, in his younger years, frequented Poole Forge with his fiancée, Ann Caroline Coleman. Other sources speculate that he spent his summers at Poole Forge.

Today, the Historic Preservation Trust Site is a welcoming, passive recreational area. It’s a peaceful and beautiful place where family and friends can gather for picnics and playdates. It’s also become a wedding venue and a beloved site for photo shoots. It’s also become a popular place for special events sponsored by local service organizations. 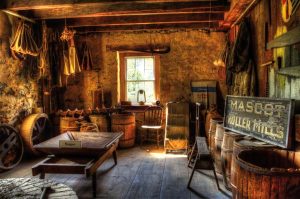 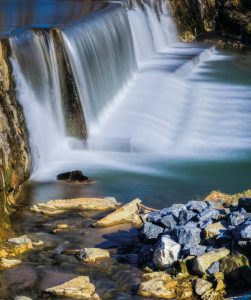 For years I’ve traveled through the intersection of Newport Road (Route 772) and Stumptown Road and admired the large, stone edifice on the corner without knowing exactly what it was. The structure, Mascot Roller Mills, incorporates a massive mill, the miller’s house and summer kitchen, and a yellow frame barn adorned with PA Dutch hex signs. Built in 1737, the fully-functioning mill has been on the National Register of Historic Places since 1983. It’s regarded as the oldest, continuously operating grist mill in Lancaster County. Visitors can get a handful of dusty corn, freshly ground using the water-powered machinery. Tours are fun and informative for all ages.

Harold Yoder, who is the director of The Ressler Mill Foundation, the governing body in charge of maintaining the mill and the adjacent Ressler Family Home, where three generations of the mill’s operating family once lived, describes the site’s importance best: “The entire complex of the Ressler Mill, miller’s home, adjacent store-house building, and other facilities that make up the site combine to present a remarkable grouping of buildings that helps to tell the story of life in rural Lancaster County and its most important early industry, agriculture.”

The foundation also maintains the William Morton Bird Sanctuary on the other side of the dam on Mill Creek, the force of water powering the mill. A majestic white swan makes the sanctuary home and can be seen most mornings burying its head in the water for its breakfast of tadpoles or wild grass. 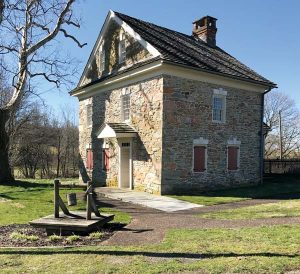 In 1965, the Commonwealth of Pennsylvania purchased a nondescript, two-story stone house along Route 222, 6 miles south of Quarryville. The property was the birthplace of Robert Fulton, who put his stamp on the world by inventing the steamboat, which he named The Clermont. Until the arrival of the railroad, the steamboat was the primary mode of transportation in the country. Fulton was also a renowned painter.

After the purchase, the Pennsylvania Historical and Museum Commission restored the house and furnished it as it would have appeared in Fulton’s lifetime (1765-1815). One area of the landmark is dedicated to an exhibit chronicling Fulton’s life and accomplishments. Visitors who drop by when the house is closed can enjoy the period-specific garden at the rear of the property.

Admission: $4 for adults (12 and over) and $2 for children under 12. For those who do not remember their elementary lessons on local history, more information about Robert Fulton can be found at southernlancasterhistory.org. 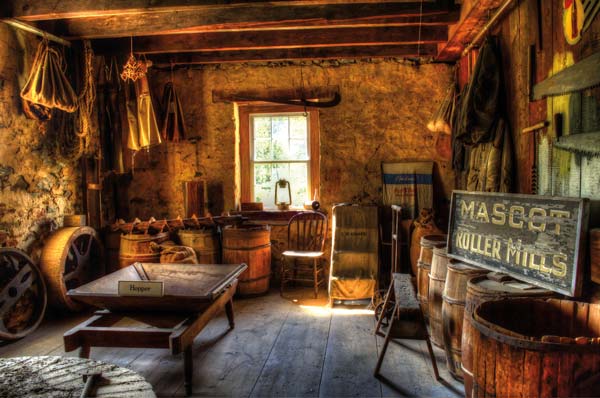