As Lancaster’s Renaissance continues, music  – whether listening or
purchasing – is taking on a bigger role. What used to be a two-horse town for live music venues is now booming with spots aiming to cater to specific ears. 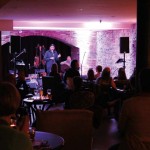 The coolest new spot for music is underground, literally. Nestled beneath Details boutique, visitors to Hunter’s Tryst need to go in through the entrance facing Central Market and make their way downstairs to the speakeasy-inspired listening room. Billed as a social club for everyone, the Tryst is over-21, BYOB, and espouses the merits of whisk(e)y.

Music Coordinator Jason Mundok describes Hunter’s Tryst as a space for live music events where the music is the focus during the performance. Groups play short sets with healthy periods of down time built in to allow guests to socialize and enjoy the killer vibe.

Also this month, Hunter’s Tryst will welcome Chuck van Zyl. The host of “Star’s End,” WXPN’s spacemusic dreamscapes program, has also been making his own unique style of electronic music since 1983. Check the venue’s website or join their mailing list for passwords to the shows! 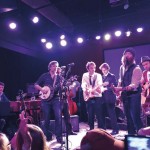 Dashing the labels regularly associated with music venues, Tellus360 offers a community-centered environment focused on equality, sustainability and the love of life … oh, and music. Tuning in on one of the hottest trends in modern music, Tellus360 features mostly singer/songwriter acts with a tendency toward the Americana style. (The exceptions to the rule are frequent evenings featuring reggae music, DJs, and tributes to classic rock and folk legends.)

The June lineup for Tellus360 is indicative of its musical mission. Oklahoma-born Mike P. Ryan, who is as much a storyteller as a musician, will be in town to perform his original, heartfelt music solo on stage. David Mayfield, who is defined as a singer-songwriter, band leader, and Grammy-nominated producer, will bring “The David Mayfield Parade” to Tellus360 this month.

Popular local artists like Corty Byron and Jessica Smucker will also make appearances this month. And Lancaster’s Matt Wheeler strips off his Vintage Heart band to fly solo for an acoustic jam as part of Tellus360’s Sunday Sessions programing. For the jam band fans, Corty will team with Andy Mowatt to present “Peaches & Bears: A Celebration of the Allman Brothers Band & The Grateful Dead.” This got me to thinking about my old album collection.

In need of a turntable, I found what I was looking for during a recent trip to BohoZone, a quaint shop on Gallery Row dedicated to “essential compositions” and a handful of other fun things – goji berries, moleskine notebooks and other impulse buys. The turntable wasn’t the first thing to grab my eye; a poster of Joni Mitchell caught my attention as soon as I walked in the door. I’m a big Joni fan, and owner Dave Jones reminded me about the song (and store’s namesake) “Boho Dance” on her 1975 release “The Hissing of Summer Lawns.” (“Down in the cellar in the Boho zone / I went looking for some sweet inspiration.”)

I perused the store and fingered through the albums, finding one I needed to have. In the discount section (which is updated every Tuesday), I found an EP of live recordings from one of my all-time favorite bands, Lucius. The Brooklyn-based band gets its name from a dog one of the two female vocalists had as a pet. Jess Wolfe and Holly Laessig are joined by their all-male backing band to form what Rolling Stone calls “the best band you may not have heard yet.” I was honored enough to interview them in the past after watching their performance on NPR (and I even convinced them to sing “Happy Birthday” to a friend at their World Café Live concert in Philly). So, BohoZone is scratching all the right spots for me.

After taking a look around, Dave filled me in on the store’s impressive promotions. Signing up for the email list gets fans a birthday bonus of a $5 coupon. The Friendly Five: bring a friend into BohoZone and get two $5 gift cards to share. The Social Special: like, follow or comment with BohoZone on social network sites to earn 10% off your purchase – all you have to do is mention it at the register. 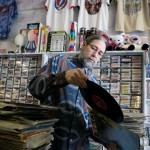 What is old is also what is new – music fans have not given up on the vinyl album, a classic, and some may say better, recording format. You’ll find one of the greatest collections of vinyl ever imagined just north of Ephrata, where Andy Kamm operates the Record Connection. When I was young, this is where I found many of the classic pieces in my vinyl collection. Although once expected to vanish into extinction, vinyl has survived in the digital age as is evidenced by the fact that the store is celebrating  its 30th anniversary in 2015.

Open since February 1985, the Record Connection quickly became the go-to source for vinyl (and also for cassette tapes and compact discs) and information about popular bands in the pre-Internet era. In 1995 the Record Connection was named one of the 10 best record stores in the United States by readers of Goldmine magazine, the leading music collectibles and memorabilia publication.

The multi-roomed store Andy describes as a vinyl junkie’s oasis houses more than 100,000 items with special sections devoted to heavy metal, psychedelic, progressive rock, soul, blues, jazz, country and comedy. Beyond music, the Record Connection sells posters, T-shirts, DVDs and much more. I still have the albums I bought there as a teenager, although they’ve been boxed away in a closet waiting for a new turntable. 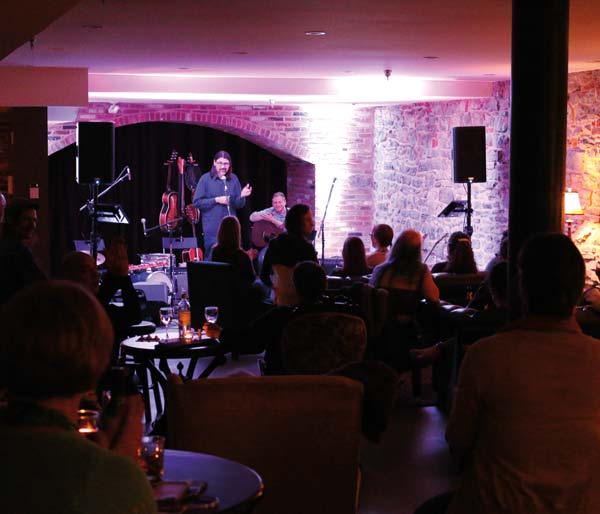