Hillside Public House, which opened last October in a space formerly occupied by the Restaurant at Doneckers, aims to be a gathering place that celebrates community, good food and Pennsylvania’s distilling and brewing heritage. 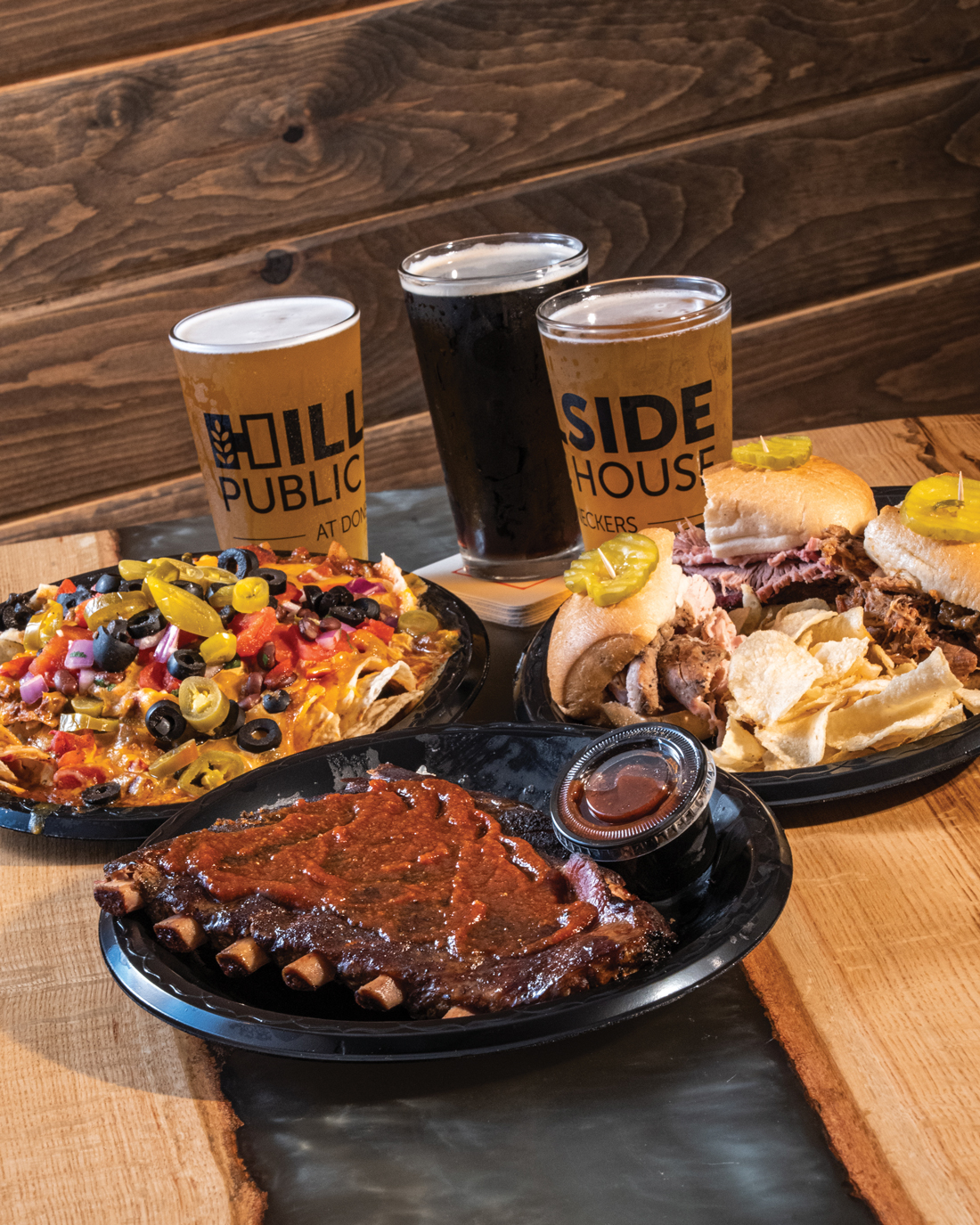 John Male, who is a co-owner of Hillside Public House, admits that opening a new restaurant during a pandemic poses its own unique challenges. “We received most of the approvals just before COVID-19 hit in March, but we needed to secure a few additional things before we could open,” he explains. Biding their time, John, who owns the building that houses the restaurant, and his partner, Steve Funk, decided to wait until spring shutdowns ended and seating capacity restrictions improved to launch their business. By fall, they felt the time had arrived to open the restaurant.

Steve, who is a longtime friend of John’s, brings a knowledge of distilling to Hillside. He became involved with some start-ups in the Dewey/Rehoboth Beach area in 2013. Three years later, he founded Hillside Spirits Distilling Company in Paradise. When John purchased the Doneckers building, he reached out to Steve about expanding his distilling business into Ephrata. 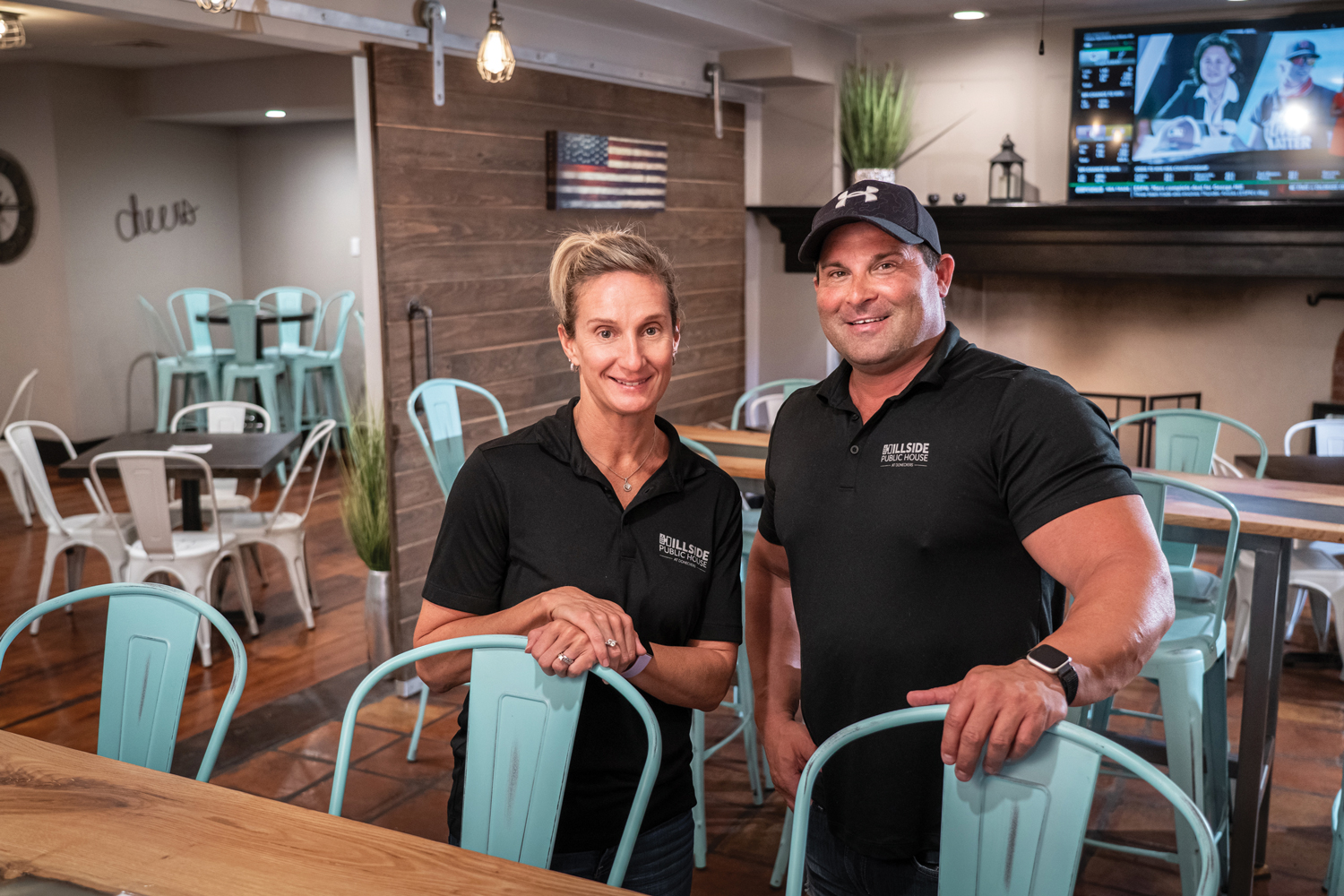 “Ambassadors of the brand” include Krista and Leo Ryan.

A former teacher, John also operates a real estate brokerage, Infinity Real Estate. Although he’s a Manheim Township resident, John has strong ties to Ephrata. His grandfather, George Male, was a longtime football coach at Ephrata Senior High School in the ‘40s and ‘50s. (The George Male Trophy is named in his honor and is presented annually to the winner of the Ephrata-Warwick football game.) John’s wife, Linda Carroll Male, is not only from Ephrata, but she and her twin sister, Shannon Sensenig, worked at Doneckers during high school. John’s brother-in-law, Gary Sensenig, of Ephrata-based Mad Dog Rustics, contributed to the restaurant by crafting the rectangular high-tops in the bar area.

Visitors will immediately notice that the French Country décor that once distinguished the Restaurant at Doneckers has been replaced by a more modern, minimalist vibe. John notes that he has retained some of the Doneckers heritage via the names of the dining areas. Adjacent to the bar, the Provincial Room seats about 50 with a mix of tables and round high-tops. Two VIP lounges are known as the Chateau rooms. Other areas include the East Room, which features casual seating for 15, while the West Room, which seats about 35, boasts tables and one of Hillside’s six large-screen TVs. (Of course, seating capacity is dependent upon COVID-19 health and safety restrictions issued by the state.) The Provincial and Chateau rooms are available for private functions. There’s also outdoor sidewalk seating at picnic tables. Plans call for a rear patio to be added either this summer or by next year’s outdoor dining season. 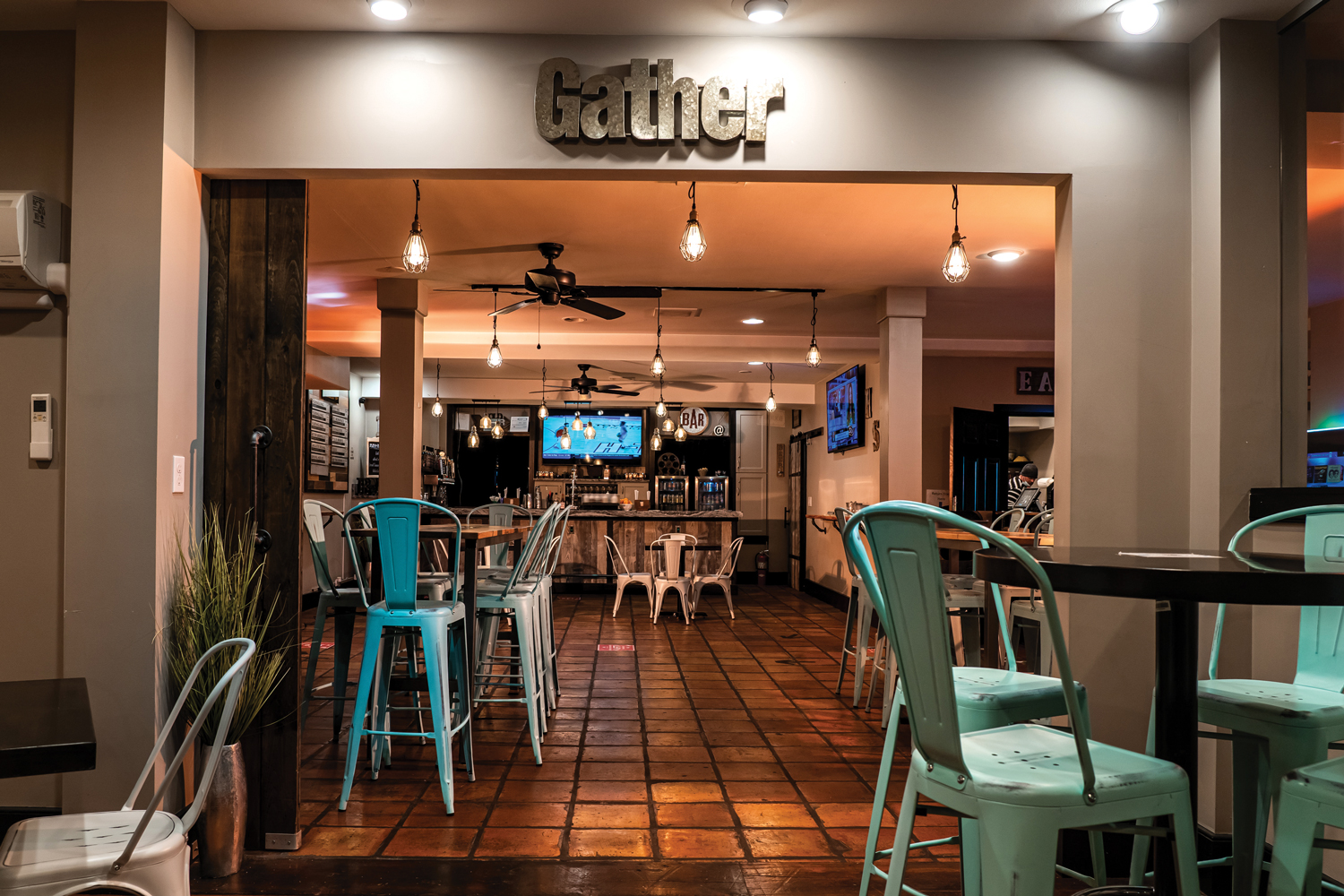 For its menu items, Hillside partners with two Ephrata-area establishments – Brewster’s Bar-B-Que and Tsunami Express Sushi. “Food is what they do best, so we’re offering them an additional outlet,” John says. “Brewster’s is our main food partner, but sushi will be available a few nights a week.”

Brewster’s Bar-B-Que owners, Barry and Kathy Fair, smoke the menu items at their main restaurant on Steinmetz Road, which is adjacent to the Warwick to Ephrata Rail-Trail (WERT). Brewster’s Hillside menu features sandwiches such as pulled pork, beef brisket, smoked turkey and Texas-style sausage, as well as meals that include St. Louis-style ribs. Special items include a pretzel braid, chips & salsa and sausage bites & cheese. There are also homemade sides such as chili, potato salad and mac & cheese. Take-out is available. 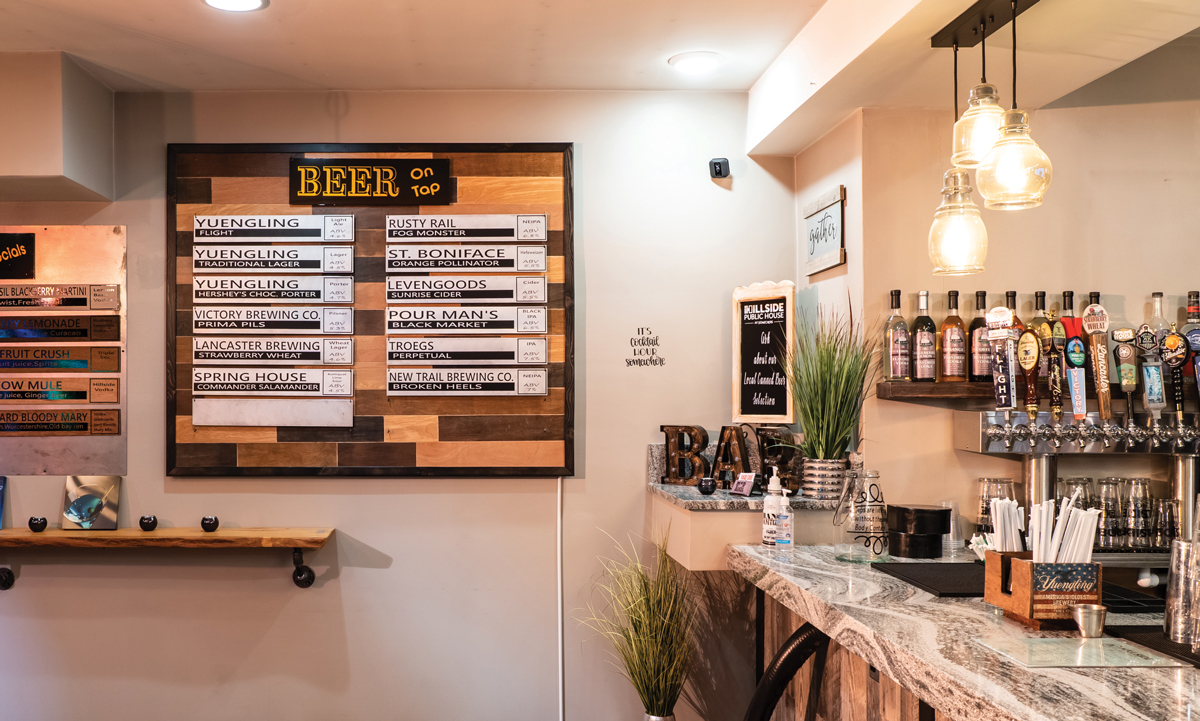 Local and regional craft brewing companies are represented on Hillside’s menu board.

The beverage selection reflects Pennsylvania’s long-held heritage for brewing beer, distilling spirits and making wine. Cocktails are made using Pennsylvania spirits, including Hillside’s own vodka, rum and gin (all crafted by Steve Funk), whiskey from Stoll & Wolfe (Lititz) and vodka and tequila from Faber Distilling (Quakertown). There are 12 craft brews on tap, including selections from Yuengling, Pour Man’s Brewing Company (Ephrata), Troegs, Lancaster Brewing Company and Spring House Brewing. Craft beer is also available in cans from such companies as St. Boniface Brewing and Victory Brewing. Hard seltzers are also available by the can. Ciders are represented by Levengoods of Lancaster and Wyndridge Farm. Selections from wineries such as Grandview Vineyard, Galen Glen and Pinnacle Ridge are available by the glass.

Hillside Public House at Doneckers is located at 333 N. State St., Ephrata. Hours are Wednesday-Friday, 4-10 p.m., Saturday, 12-10 p.m. and Sunday, 12-6 p.m. (Hours are subject to change per Covid restrictions.) Parking is available in the former Doneckers lot across the street from the restaurant. For more information, call 717-863-5156 or visit hillsidepublichouse.com and on Facebook and Instagram.