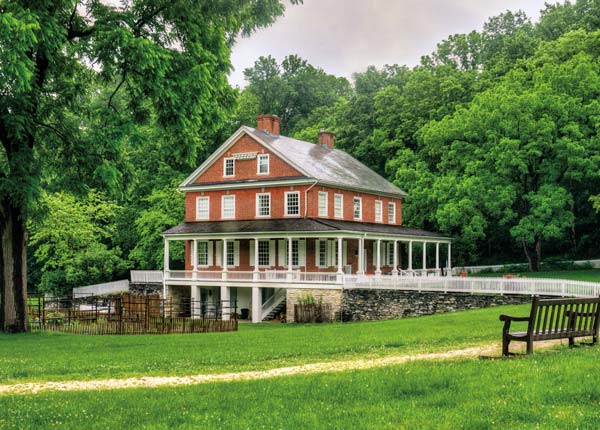 Imagine you are an Irish-born surgeon. It is dark and cold as you find yourself in a wooden boat making your way across a very frozen Delaware River on the night of December 25/26, 1776. While making this perilous journey, you know there are battles awaiting you on the other side. Victory will place you, your family, friends and neighbors one step closer to freedom and independence. Failure is not an option.

That was life for General Edward Hand, who famously led Continental Army troops at Boston, Long Island, White Plains and Trenton. In 1781, he became adjutant general to George Washington. He resigned from the Army in November 1783 – two months after the war ended on September 3 – and returned to his adopted hometown of Lancaster to practice medicine. He was also an active Federalist and held a number of political offices, including serving in the Pennsylvania General Assembly and the U.S. House of Representatives. Hand even argued in favor of making Lancaster the capitol of the newly created union.

General Hand’s legacy lives on at his beloved Historic Rock Ford, which is located in our own backyard, just one mile south of Lancaster, along the Conestoga River. The highlight of the 33-acre property is Hand’s 18th century, Georgian-style mansion, which is considered to be the most intact (90%) building predating 1800 in Lancaster County. But, it almost became just a memory.

After Hand’s death in 1802, Rock Ford was sold and functioned as a tenant farm until the mid-1950s, at which time it was slated to become a landfill. The Junior League stepped in and purchased the property, thus preserving a slice of Lancaster history. A year later the Rock Ford Foundation was formed and charged with overseeing the restoration of the house and the maintenance of the property. Today the house is beautifully furnished and decorated in a manner that reflects life at Rock Ford during the late 1700s.

In addition to tours of the museum, Rock Ford hosts special events throughout the year. Please visit their website for details on upcoming events.