Central Manor Bakery and Grille is a cozy, neighborhood place – the kind that has friendly staff and lots of “regulars.” But this restaurant’s neighborhood is far reaching, as it’s located in a rural area with Washington Boro, Millersville and Mountville as the closest communities.

Known to locals and regulars as “Central Manor Mart,” it’s part of the fabric of the community. The building that houses the restaurant and bakery has been around since the era in which everyone traveled by horse and carriage. Back then, it served the public as the Green Tree Tavern. A historic photo of the building hangs on the wall by the entrance, while a framed 1800’s map of the area is displayed in the area that serves as a small mini-mart. Because of its close proximity to the Enola Low Grade Rail Trail, Central Manor is reaching an all-new audience, as bikers and hikers using the trail stop by beforehand to “carb up” or afterward to “refuel.”

Heidi French notes that the Mart has been in her family for years – her grandfather and his eight brothers once owned it; her mother, Lucy Nissley, took over ownership in 1997. The restaurant seats approximately 80 and is known for its home cooking. In fact, meals are prepared in an open kitchen. Breakfast is available all day. “We have regulars that come in every day for coffee; they’re like family. Breakfast is really big for us, and on Saturday, it’s a bit crazy in here,” Heidi says.

The menu also features soups, salads, sandwiches (including hot and cold deli subs), mouthwatering desserts and ice cream treats such as milkshakes and floats. The menu is augmented by specials; breakfast specials are only available until 11 a.m. On Thursdays an entrée special is available from 11 a.m. to 7 p.m. (they’re listed on the website). “We can serve 300 to 400 people that day. Our baked chicken pie is one of the Thursday specials, and it’s very popular. We make and freeze them so people can take them home – it’s an easy meal to warm up,” Heidi explains. Quarts of soup can also be found in a refrigerated case for takeout.

Central Manor’s Bakery items are available for retail sales and include cookies, cupcakes, pies, decorated cakes and the always-popular whoopie pies. Some selections are seasonal. In the fall, Heidi notes that apple dumplings are a big seller as is anything with pumpkin – pumpkin cakes, pumpkin whoopie pies, pumpkin rolls and pumpkin pies. Frosted pumpkin cookies are the exception – they’re available year round.

Heidi credits the restaurant and bakery’s long-term staff for playing a role in its success. “We couldn’t do this without our dedicated employees. Whether they’re a ‘regular’ or come in every now and then, people like seeing the same faces, and they know they’ll have good service with a smile,” she says.

Central Manor Bakery and Grille is just one of many eateries/bakeries throughout the county that offer homestyle food and tasty treats, including seasonal items. Here are two others to check out: 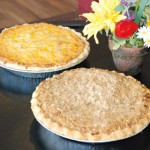 ■     Pies Galore & More Bakery & Café, 76 East Main Street, Mount Joy, 492-4058, piesgalore.com. Donna Alexander opened the bakery in 2012. Pies comprise 80% of its handmade baked goods, with the other 20% being items such as sticky buns, brownies, whoopie pies, cookies and fresh breads. The pie list includes 70 different varieties, but Donna stresses that not every flavor is available every day. There’s a daily pie by the slice, and slices can even be served a la mode. Some flavors are seasonal, and in the fall, apple, apple blackberry, caramel apple, and pumpkin are prevalent. Pumpkin can also be found in scones, bread and whoopie pies. Special orders are accepted for pies and baked goods. There’s also a selection of breakfast and lunch items including quiche, scones, baked oatmeal and soups. Breakfast meeting and dessert trays can also be ordered. 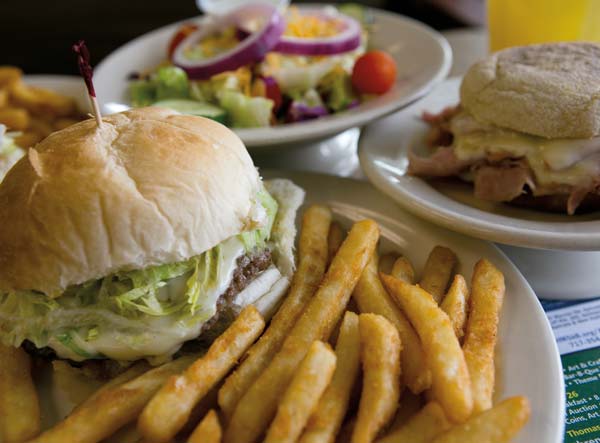