More than 20 local and statewide organizations – nonprofit, for profit, religious, government and grassroots – have joined forces to tackle one of the world’s leading problems: hunger.

Locally, a coalition of generous individuals has set a daring goal: guaranteeing access to three healthy meals a day for everyone in Lancaster County by 2018. The goal may seem daunting, but the mission grows stronger everyday – “building a hunger-free Lancaster County by creating a nutritious, accessible and sustainable food system.” Based on the county’s agriculture, economic strength, and its philanthropic and religious traditions, Lancaster was chosen to be the nation’s first test case to pilot the audacious initiative.

Earlier this year the organization announced its new chairman, retired State Senator Mike Brubaker, who founded and chaired the Legislative Hunger Caucus and initiated the Capitol Hunger Garden. Leading the three-year-old organization, Brubaker, along with numerous others, is eager to take on the challenge.

There are several ways to help, which include donating, volunteering, sponsoring, fundraising and many more. 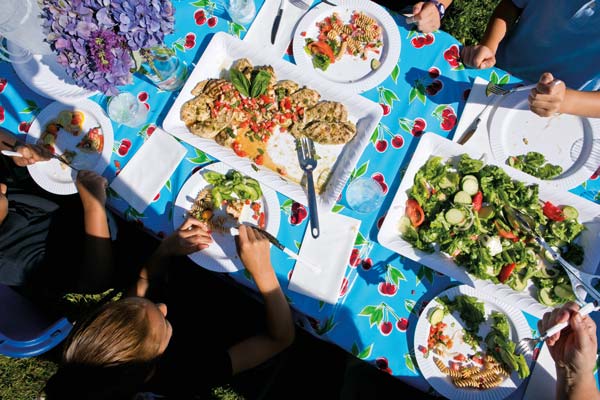 The success of the initiative is partially school-based: In addition to providing before- and after-school meal programs, school-sponsored and student-maintained gardens can help families introduce fresh produce to their daily menus. Photo by Nick Gould