Lancaster County is without a doubt home to some of the best farmers markets in the country. Root’s Country Market & Auction, located just outside of Manheim, is among them – in fact, it placed second in Lancaster County Magazine’s Best of Lancaster Reader’s Survey In the Farmers Market/Pick-Your-Own category.

This gem of a farmers market has been operated by five generations of a single family since its humble beginnings as a poultry auction in 1925. Those details are significant: Root’s is celebrating its 95th anniversary this year and is regarded as the oldest, single family-run country market in Lancaster County. 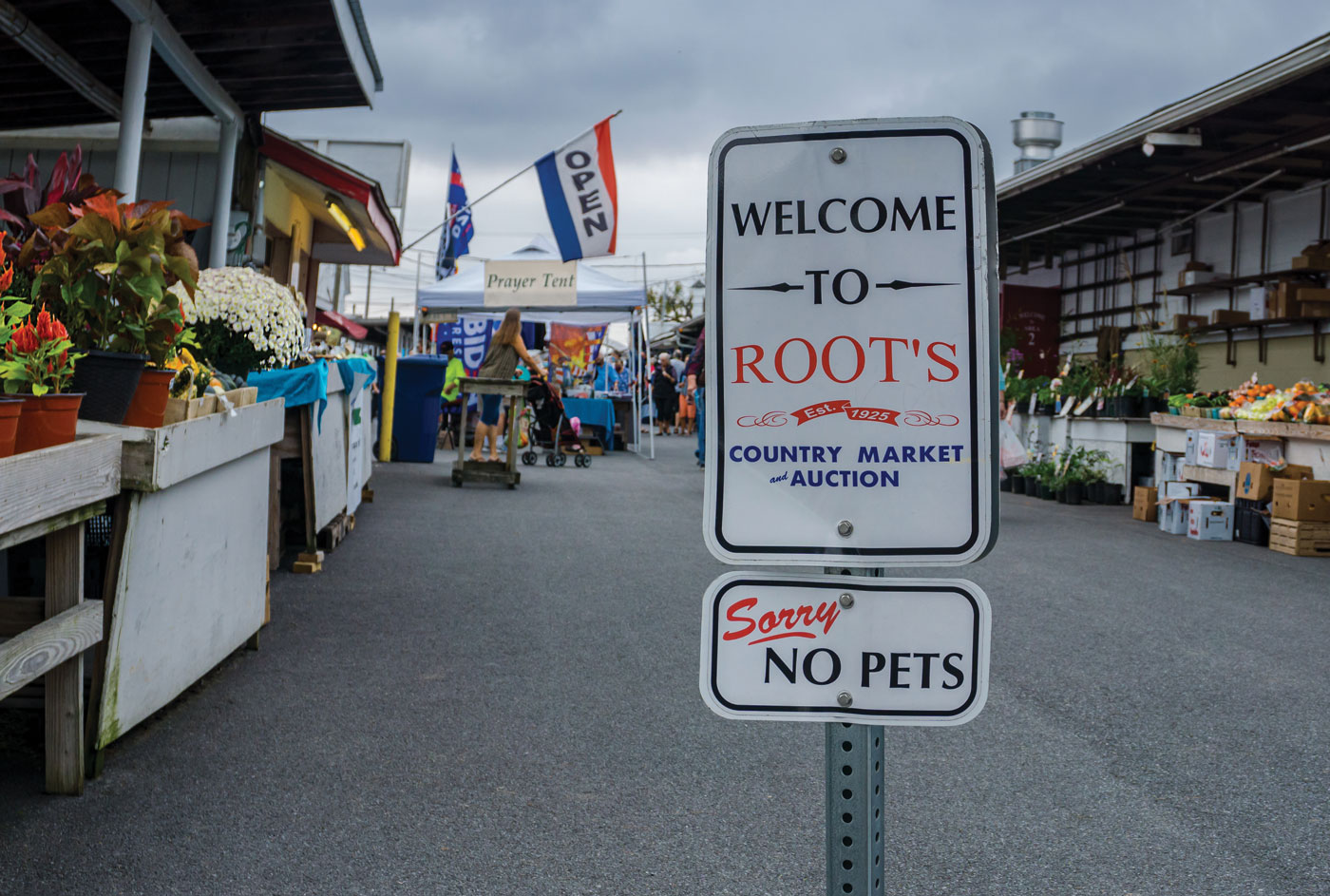 As the sun rises each Tuesday morning, more than 200 vendors make their way to Root’s to set up their stands. The tradition of Tuesday dates back to the market’s founding, when A.W. Root began conducting poultry auctions that connected local farmers with butchers. Mr. Root felt that holding the auctions on Tuesday would give buyers enough time to clean and prepare their chickens and ensure freshness for their shops and weekend markets.

While the poultry and produce auctions are still a cornerstone of Root’s, the market has grown substantially thanks to the addition of all manner of vendors. The complex now features multiple buildings for indoor vendors, as well as a large number of outdoor vendors. You truly have your pick among some of the finest local bakeries, delis, butchers, snack food producers and produce vendors in the county. Crafts, garden plants, collectibles and antiques are also represented.

The newest venture is Root’s Saturday Flea Market, which is held on the first and third Saturday of each month. The open-air style market primarily features food, décor, antiques, collectibles and handmade goods. (Note: The last flea market of the year will be held on Saturday, November 7, 8 a.m.-3 p.m.)

While many of the special events that dot Root’s calendar – including the two arts and craft shows hosted by Heart of Lancaster – were canceled because of the pandemic, Root’s Annual Christmas Open House will be held on Saturday, November 21 (9 a.m.-3 p.m.). The availability of wreaths, greens, handmade products and much more will surely put you in a holiday mood.