Known for its fanciful sandwich creations and fun, casual atmosphere, Isaac’s is celebrating its 35th anniversary this year.

The celebration kicked off in August with a Flash Flock Extravaganza Anniversary Celebration. According to Johnny Roberts, Isaac’s marketing coordinator, Flash Flock locations, which were suggested by Facebook fans, some of which were visited by Filbert, Isaac’s pink flamingo mascot, and a flock of 18 pink flamingos. Guests were rewarded with prizes and treats. 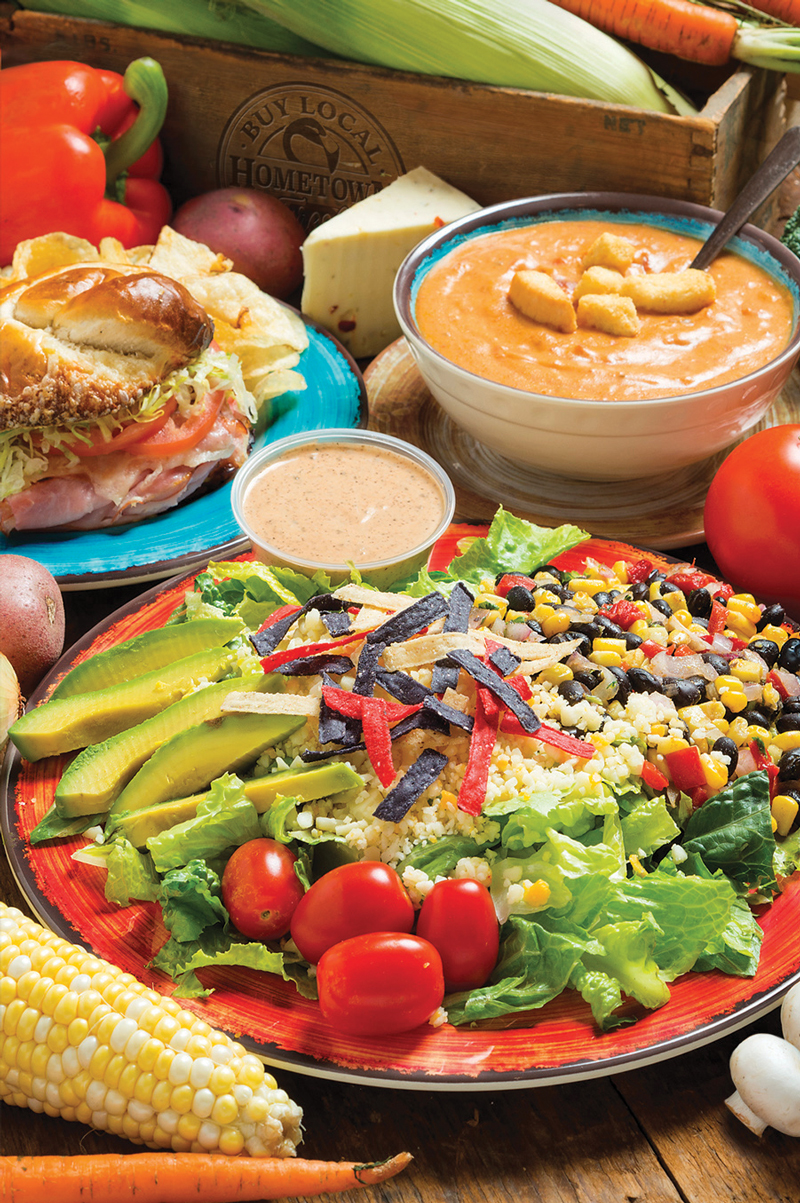 The current promotion, which began in late September and continues through November 6, has an election theme. Isaac’s top-five best-selling sandwiches, each of which has been infused with a personality, were selected to run for election as the restaurant’s most popular sandwich. There will be “debates,” with final voting to be held on Tuesday, November 6, which is the date of the General Election. Johnny says the promotion has an ulterior motive – Isaac’s wants to encourage its customers and fans to vote on Election Day for both of their favorite candidates as well as for their favorite sandwiches. As for the latter, votes will be tallied by sales and through an online “absentee ballot.” 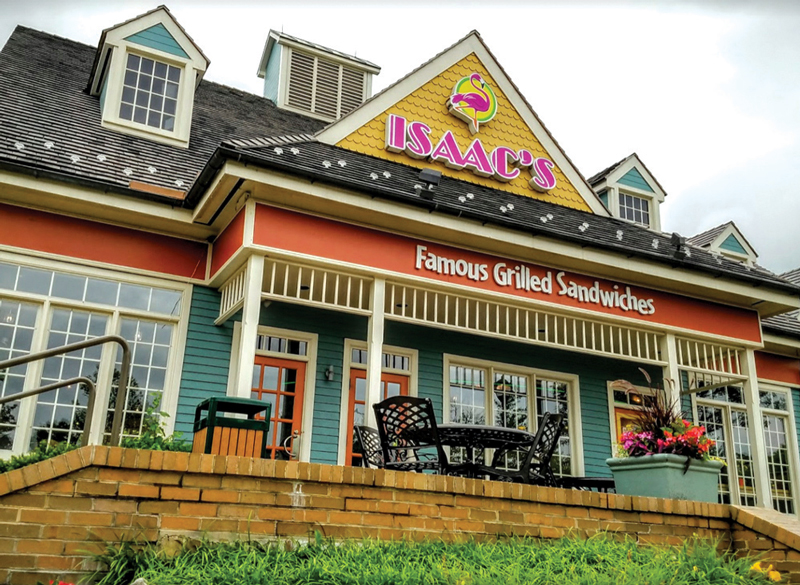 Over the past 35 years, Isaac’s has grown to include 18 locations in Berks, Chester, Cumberland, Dauphin, Lancaster and York counties. One of the restaurants, in Downtown Lancaster, offers draft and bottled beer, wine and cocktails.  A second location in Mechanicsburg – at the Rossmoyne Business Center – is being renovated and will be reopening in mid-November as a bar and grill.

Each of the restaurants embodies Isaac’s playful trademark theme that is distinguished by bright colors and bird-inspired artwork. Most restaurants have aquariums swimming with colorful fish. Some locations are awash with natural light, while others have colorful kites suspended from the ceiling. Some locations – including Mount Joy and downtown Lancaster – offer an outdoor dining area. The Isaac’s Greenfield location features a sunporch, while the Strasburg location, which is near the Strasburg Rail Road, boasts a dining area that’s reminiscent of a dining car on a train. 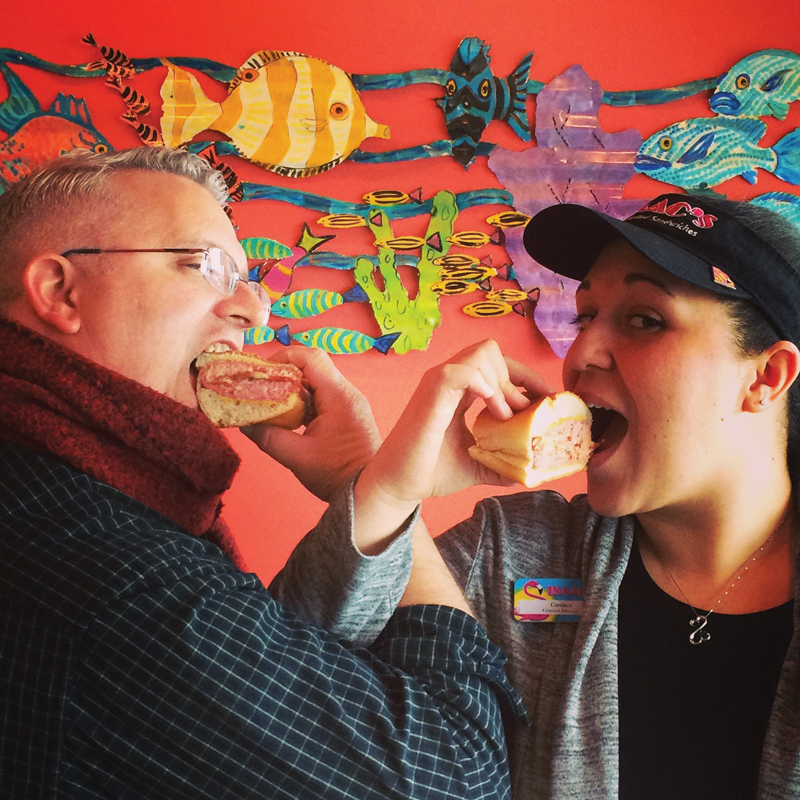 Isaac’s downtown Lancaster location sits across the street from where the original restaurant got its start. Phil Wenger founded Isaac’s in 1983, offering grilled sandwiches made with fresh ingredients in an upbeat, table-service environment. Johnny explains that is was also Phil’s desire to build a special organization – one that would forever care about its employees, community and customers. Although Phil sold the company recently, in order to focus on his role as president of the Lancaster County Conservancy, current President and CEO of Isaac’s Mike Weaver, who bought the business in June, is committed to those same ideals. Johnny says that in order to fully understand Isaac’s, Mike learned every position.

Isaac’s continues to give back to the community through a number of efforts including in-house fundraising events for educational, church-related, community and nonprofit organizations. Employees are also encouraged to volunteer with community organizations and events. Another way of demonstrating community support is sourcing as many local ingredients as possible. That extends to the corn that is used to create the restaurant’s very popular seasonal corn chowder that has been a tradition since 2006. 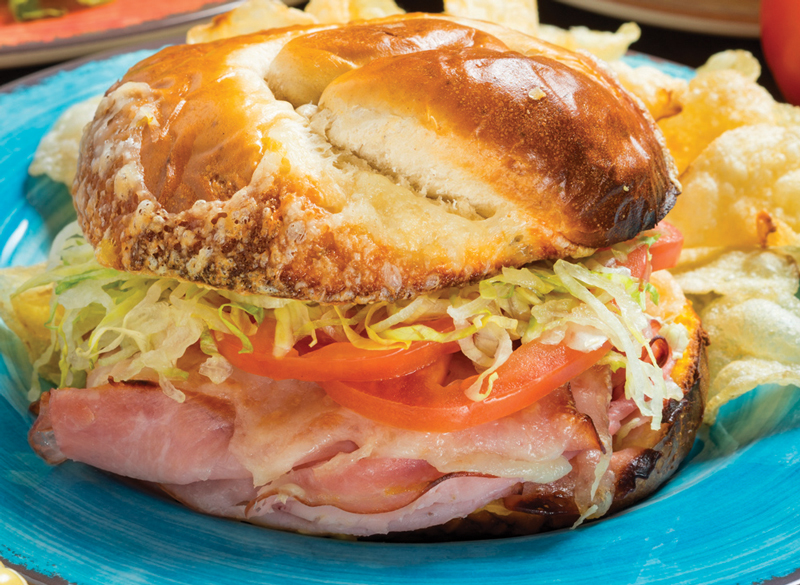 As for the menu, Isaac’s soups (including the top-selling pepperjack tomato) are made fresh daily in each restaurant. Isaac’s employees spend a lot of time in training to perfect their soup-making skills. The recipes that have been created over the years are collected in a soup recipe book that each location receives to ensure consistency and quality. Sandwiches, which carry fanciful bird-themed names, are also made-to-order. 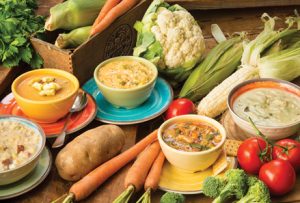 In order for Isaac’s to remain “fresh,” the menu has evolved over the years to include salads, sliders, wraps, seasonal items, flatbread pizzas and sandwiches, and vegetarian and gluten-free offerings. He points out that Isaac’s has been ahead-of-the-curve on several trends including pretzel sandwiches (rolls are made locally) and wraps. “Any of our grilled sandwiches taste special, and that’s due to our grill,” he notes.

“Most of the original flock remains on the menu, including our very first sandwich, the Bird of Paradise,” Johnny remarks, adding that some limited-time items proved to be so popular that they joined the lineup. “We listen to our customers,” he says.
In addition to the regular menu, Isaac’s offers a children’s menu. A catering menu, which is perfect for business-related meals and meetings, is also available.

Isaac’s Restaurants has eight locations throughout the county. Information on locations, hours, menu and soup calendar may be found at isaacsrestaurants.com.