Born and raised in Lancaster County, Doug is a graduate of Hempfield High School, which is where he met his wife, Beth. Doug continued his education at Pennsylvania State University. After graduating, he and Beth moved to Las Vegas, where he worked in the healthcare industry for the next two years.

Upon returning to Lancaster, the two married – they live in Strasburg and are the parents of two boys, Jackson and Cooper – and Doug began working for a physical therapy practice as the practice administrator, eventually becoming a partner.

After the practice was sold to a regional physical therapy practice, Doug spent 4.5  years as the CFO of Orthopedic Associates of Lancaster. He then joined American Insurance Administrators (AIA). 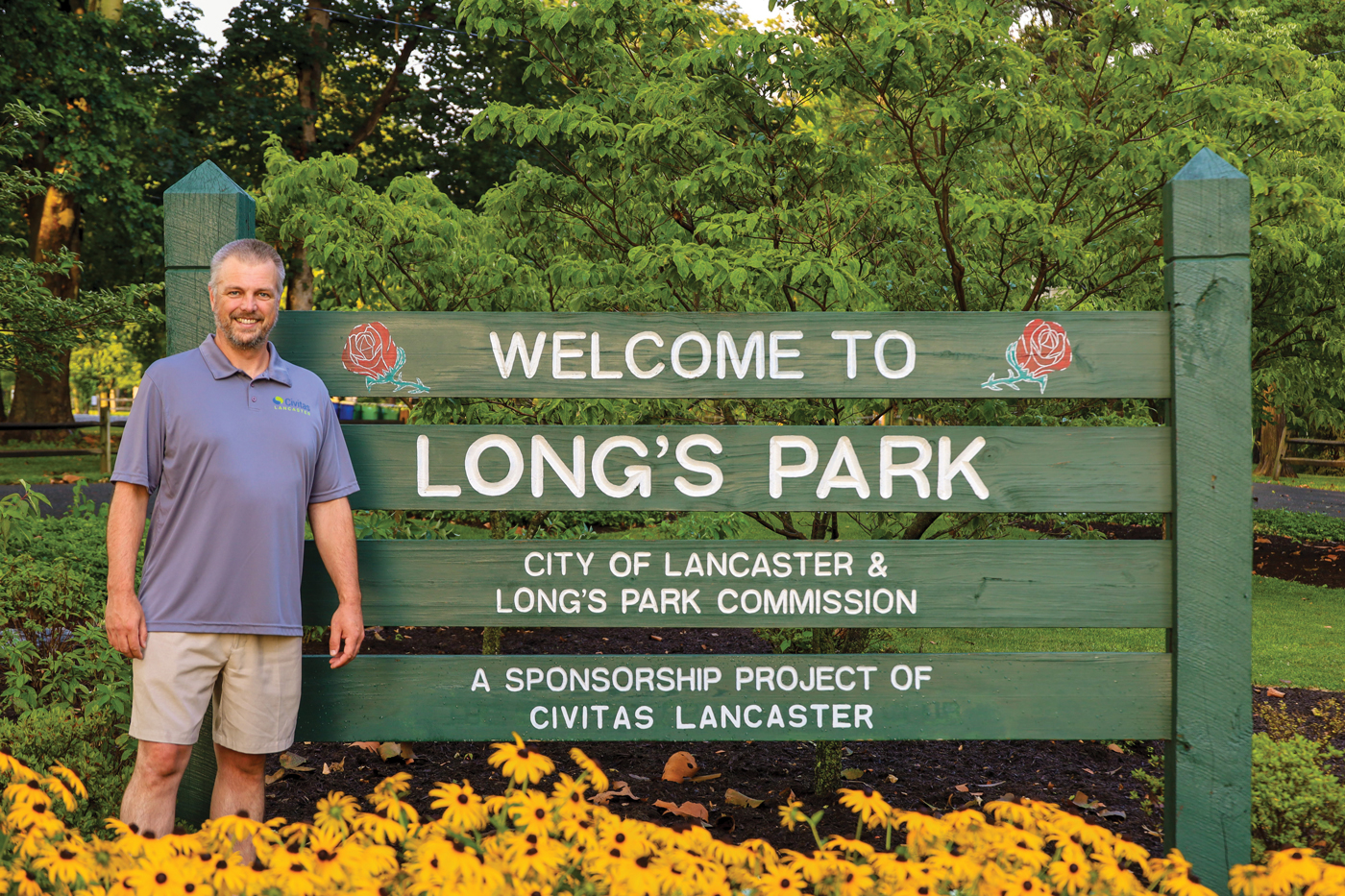 After leaving AIA, he became a system consultant at Cargas Systems, implementing Sage Intacct, a cloud-based ERP software that provides business process consulting to companies across the country. He is currently a manager of Cargas Systems’ consultants, as well as an employee-owner at Cargas in downtown Lancaster.

Doug shares that he has “a passion for the community and volunteering,” as is evidenced by his positions on the national board for National Association of Rehab Agencies, as well as local boards, including Lancaster Business Group on Health and Lampeter-Strasburg YMCA. He’s especially proud of the fact that he is currently serving as president and 2021 barbecue chair of Civitas Lancaster. He also takes pride in serving as the scoutmaster for Boy Scout Troop 56 in Strasburg, and that his son, Jackson, has earned his Eagle Scout award.

History: The first chicken barbecue was held in 1953. This is an annual event that is held on the third Saturday in May – except in 2020, when it was canceled, and 2021, when it was postponed until October due to Covid.

Prior to October 16, tickets are $10. Day-of tickets, which can be purchased in the park, are $12. One meal includes: ½ chicken, Herr’s chips, Unique Splits pretzels, Hershey Twizzler nibs, Turkey Hill drink and ice cream, a Pepperidge Farm roll and Wegmans applesauce.

How to Purchase Tickets

You can purchase tickets through the website, civitaslancaster.org, or connect with any Civitas member.

Why the Switch from Sertoma to Civitas?

According to Doug, “Our mission has always been to support the Lancaster County community. Being part of Sertoma’s national organization took some of the focus away from our mission, which is why branching out on our own was the right move. Being on our own enables us to invest 100% of the money back into the Lancaster community. By stepping away from Sertoma, we needed a name change. We chose the name Civitas Lancaster – Civitas means citizenship in Latin – allowing our members to band together to continue to support our local initiatives of Long’s Park, at-risk teens and feeding those in need.”

Who Benefits from the Proceeds?

Doug shares that “Long’s Park is the primary beneficiary of the barbecue proceeds. Our support helps with the cost of park maintenance and beautification and funding for capital-improvement projects. This year a portion of the proceeds will go to our co-sponsor, Blessings of Hope, which is a food distribution center for other food banks in the area. They also directly help people and families in the community who are in need of food.”

In His Own Words
Doug’s Perfect Lancaster County Day

I wake up and the air is crisp. The dew on the grass that gathered from the night before makes it smell like fall. The weather is as close to perfect as you can get – 75 degrees, sunny, with no humidity and almost no chance of rain. I’ve lucked out because today is the day I’ve planned and prepared for all year long – the annual Civitas Lancaster (formerly Sertoma) Chicken Barbecue.

The barbecue is held at one of Lancaster County’s most beautiful parks, Long’s Park. It won’t be a quiet day, but it will be a satisfying day filled with excitement, laughter, camaraderie and a strong sense of community. I will reunite with over 400 other Civitas barbecue volunteers and we will work toward one common goal – serving 15,000 chicken dinners to the community in one day.

For some volunteers, the day begins as early as 1 a.m. That’s when we fire up the coals and prepare the grills for barbecuing. As dawn turns to daylight, more volunteers roll in and start performing their given tasks. It may seem like organized chaos from the outside, but for those of us behind the scenes, we are confident that after 68 years, we have this event down to a science. If you are a first-time volunteer, one event is all it takes to keep you coming back as a volunteer year after year.

It’s personally fulfilling for me to see friends and neighbors come together to support the community. Most people don’t realize that 100% of the proceeds from this one-day barbecue goes directly back into Long’s Park and the Lancaster community. Civitas was able to donate $150,000 toward the new playground that was built in Long’s Park in 2018. Proceeds also benefit the Lancaster community by funding programs for at-risk youth and other local nonprofit organizations.

When I think of my perfect day, it ends with me being tired but satisfied knowing how well we worked together and that the strength of our community means we can accomplish anything!