Imagine Covid doesn’t exist and you have a day off from work. You are free to spend the day doing exactly as you please. Inspired by U2’s It’s a Beautiful Day – “It’s a beautiful day, don’t let it get away” – we asked Kristin Groff Barry to describe her perfect Lancaster County day.

Kristin grew up in Kirkwood in southern Lancaster County. Her green thumb can be traced to her great-grandmother whose gardens – at the family homestead in Kirkwood and later at her home in Quarryville – developed into show-stoppers. Her young grandson, Carlton Groff (Kristin’s father), became her gardening assistant at the house in Quarryville, where she tutored him about ecological and economical strategies such as composting and dividing plants. At one point, the savvy gardener and her protégée had divided so many plants that one of the garden beds grew to 30-by-200 feet in size. As Carlton notes on Groff’s Plant Farm’s website, he became “hooked” on plants. 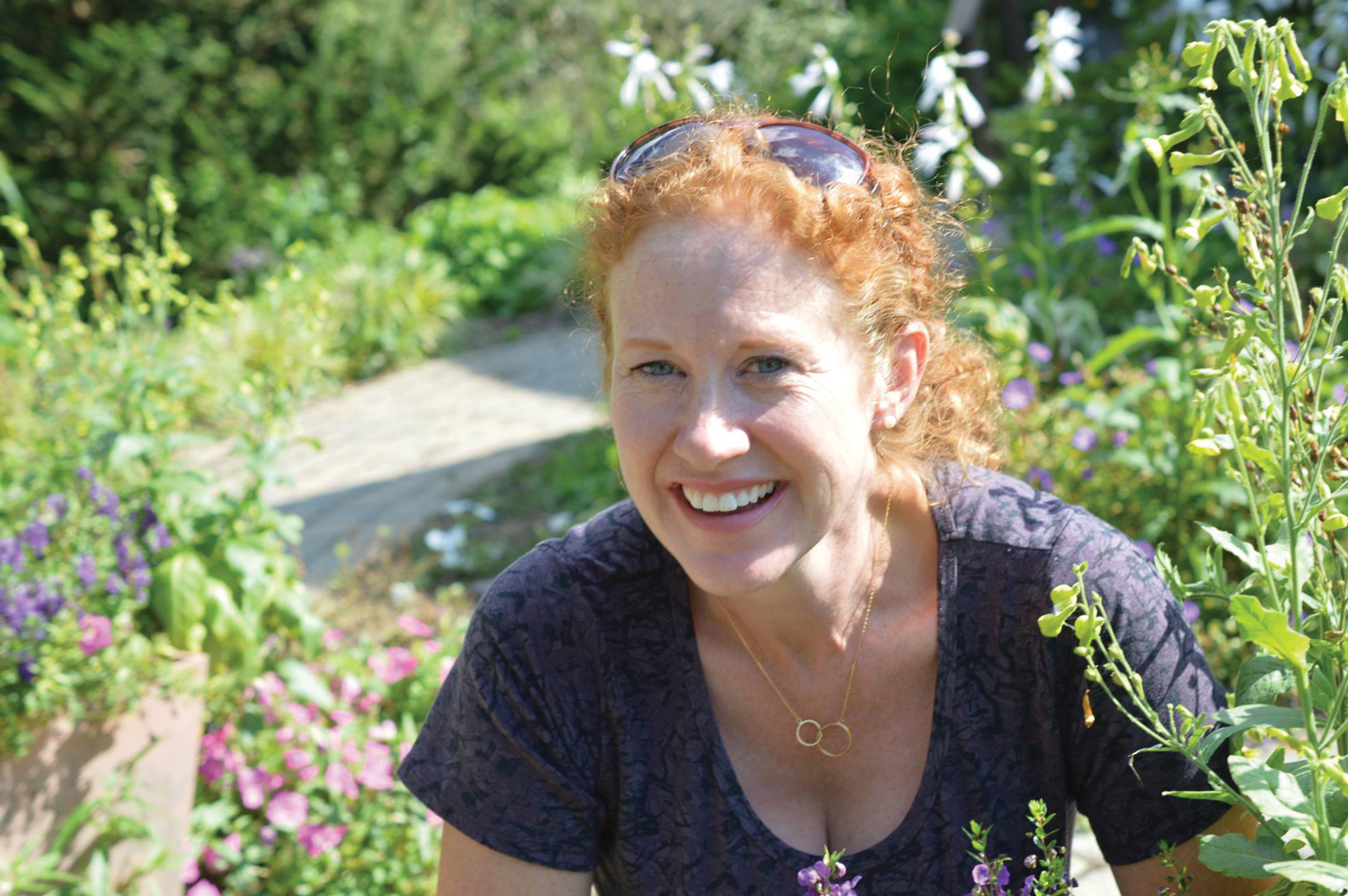 The Groffs’ family farm, which originally specialized in tobacco and cattle, was launched by Kristin’s great-grandparents, who operated it from 1912 through World War II. When her grandparents took over, an orchard operation was added, offering pick-your-own strawberries, peaches, cherries, apples and in the fall, pumpkins. The farm was also known for its cider.

When Carlton and his wife, Carol, took over the farm in 1976, he saw it as opportunity to diversify into plants and greenhouses began to spring up on the acreage. Fourteen years later, the Groffs sold a portion of the farm (including the orchard) in order to focus on growing plants in their five greenhouses.

Groff’s Plant Farm, which opened to the public in 1992, has grown into a complex of 28 greenhouses and outdoor areas offering annuals, perennials, herbs, native plants, vegetable plants, shrubs and more. For many gardening enthusiasts, a visit to Groff’s is a rite of spring. Pull into the parking lot on a busy Saturday in May and it’s not unusual to see license plates from Pennsylvania, Delaware, Maryland and New Jersey.

Kristin grew up helping first in the orchards and then in the greenhouses. Always interested in plants and genetics, she earned her bachelor’s degree in biology from Carleton College in Minnesota, and a doctorate in environmental horticulture from the University of Florida. Career-wise, she has worked as a plant breeder for PanAmerican Seed Company in Chicago, and briefly managed a cotton-breeding biotech greenhouse for Bayer Crop Science in Lubbock, Texas, before returning to Lancaster County.

The move home in 2006 was prompted by her parents’ looming retirement. Kristin and her husband, Jon Barry, took over the business in 2012. Family ties were also important, as they wanted their now-teenage children, Liam and Alison, to enjoy a close relationship with their grandparents. “My kids are very close to their grandparents and their cousins who live only a few miles away,” Kristin notes.

“We are known for our wide variety of perennials and native plants,” says Kristin. “One of my favorites is the spring-blooming Amsonia hubrichtii, blue star. In the fall, the foliage turns a blazing yellow.”

Kristin is also a fan of the 2021 Perennial Plant of the Year, Calamintha nepetoides, lesser calamint, which she describes as “a fantastic plant that is underrated. It has fragrant minty foliage and is covered with delicate white flowers for most of the season. It’s great for sunny, well-drained spots. It attracts pollinators and is rarely bothered by rabbits or deer.”

She also predicts that vegetable gardening will continue to be on trend in 2021. “Last season, veggies and herbs were popular since people were home and had the time to devote to their gardens. I expect that trend to continue.” She adds that the staff at Groff’s “is excited about the downy-mildew-resistant ‘Devotion’ basil.”

In Her Own Words

As you can imagine, April, May and early June are prime time at Groff’s. We’re busy from sunup to sundown, so having a day off would be a luxury. Spending it in a relaxing  way would be my idea of a perfect day.

The Southern End is home to so many beautiful natural and recreational areas and we are fortunate to live within walking distance of one in particular – Theodore A. Parker III Natural Area. I love to take the kids or dogs on that easy hike along Stewart Run in the spring. Of course, I like to take note of what’s growing and blooming. At this time of the year you’ll see a ton of ferns and spring ephemerals like trout lily, bloodroot and trilliums. The exposed glacial-till rock formations and little waterfalls are beautiful. There are good swimming holes to be found in the summer, too.

After working up an appetite on our hike, we’d take the kids to Maplehofe Dairy for hand-dipped ice cream cones or milkshakes. For dinner, we’d grill out. The menu would include steaks or seafood from Yoder’s Custom Cuts & Grill at the Oxford Farmers Market. We’d end the day by watching the sunset from our patio.