Imagine Covid doesn’t exist and you have a day off from work. You are free to spend the day doing exactly as you please. Inspired by U2’s It’s a Beautiful Day – “It’s a beautiful day, don’t let it get away” – we asked Martine Cajas to describe his perfect Lancaster County day.

Born in Lima, Peru, Martine and his family emigrated to the United States in 1985. “My mother’s little sister was pen pals with a boy named David Brill from York County,” he explains. Years later, David would visit her in Peru and, as fate would have it, true love blossomed and they got married.

The Cajas family settled in New Oxford, Adams County. “We were the first Spanish people – actually the first minority students – in the school district,” he recalls. “I remember the teacher taking me out to the playground that first day. At first, the kids just stood and stared. Then, they began approaching me, wanting to touch my skin and hair. Nobody looked like me – all I saw were kids with blonde hair and blue eyes.”

Martine and his brothers, David and Ivan, also faced a language barrier. “We spoke minimal English,” he explains. Their aunt, Julie Torres, took the boys under her wing and tutored them after school. 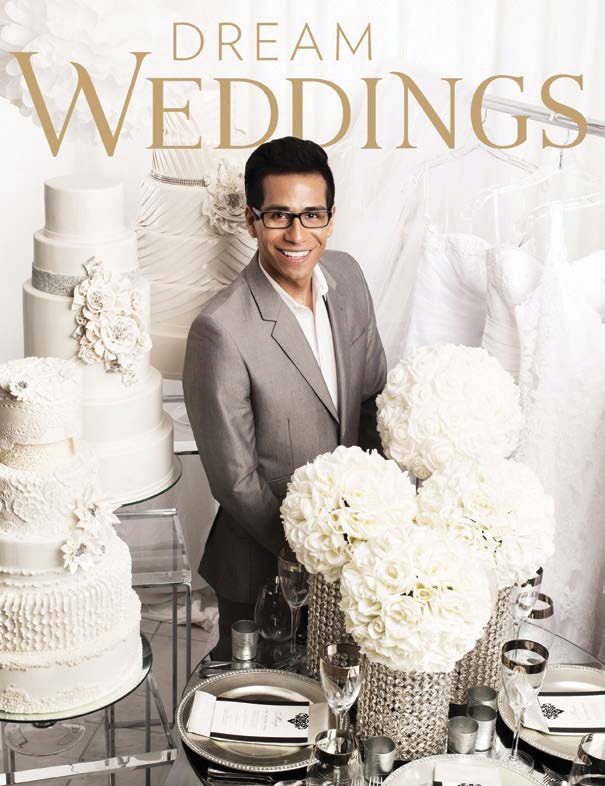 Grateful for the opportunity they had been given to pursue the American Dream, Martine’s parents, Ivan and Carmen Cajas, worked multiple jobs. They encouraged their children to become involved in as many school activities as possible. “I was involved in everything!” Martine recalls. “I think being the new kid at school forced me to be the best I could be and taught me to be a leader. I pushed myself to be the best because I didn’t want to be judged in a negative way and I didn’t want to let my family down.”

Martine’s go-getter work ethic emerged at the age of 12, when he began doing odd jobs at his Uncle Manuel Torres’ restaurant, El Serrano, in York. He went on to attend Penn State York and later landed in New York, where he pursued modeling. “I love fashion!” he says. He worked in banking and retail for a time, as well.

He also continued working for his Uncle Manuel at El Serrano’s Lancaster location, prompting a move to Lancaster in 2001. Through El Serrano, he became acquainted with Julie Bashore, the owner of House of Clarendon. He went to work for Julie and, in the process, learned how to design and bake cakes. When Julie decided to sell the business in 2004, Martine became its new owner.

“I learned so many things along the way,” he says of his career path that led him to become a business owner. “Still, things were tough in the beginning. I had to make a name for myself and prove myself.”

He has also had to confront two crises. The first came with the Great Recession beginning in 2008. “The next three years were tough,” he admits. Still, he kept an eye to the future. Through the House of Clarendon, he became involved in the wedding industry, adding event planning to his résumé. His involvement in weddings led to the creation of the multimedia platform, Dream Weddings, which once included a television show and now consists of a website/social media and a magazine (now on hiatus). In 2012, he moved House of Clarendon to Harrisburg Avenue.

Of course, nothing could have prepared him for ramifications of the pandemic. “We normally create 80 to 100 wedding cakes a year,” he notes. “Five-tier wedding cakes are our bread-and-butter. In 2020, we lost all that. The few orders we did get were mostly simple, two-tier designs or cupcakes, which are all the rage again. Fortunately, we’ve been able to pivot and put more emphasis on special-occasion cakes. We offer local delivery through DoorDash and other services.” An online “store” for cupcakes – shipped anywhere in the U.S. – is set to debut.

The State of Matrimony

“Covid changed everything,” Martine says. Outside of the obvious vendors who have been impacted, he notes that hotels, restaurants and shopping were affected. “Over the last 10 years, Lancaster has become a wedding destination thanks to our unique venues,” he says of barns and chic urban sites. He is of the opinion that weddings as we once knew them won’t return until sometime in 2022 or perhaps 2023.

He has enjoyed working with couples to design (or redesign) their dream weddings that obviously look different than they originally imagined. “Couples are liking micro-weddings,” he remarks. “They bring a different vibe and energy, as they are more intimate and sentimental. They even allow you to splurge on items – food, beverages and flowers, for example – that you would not have been able to do for a larger wedding.” He notes another trend: couples going ahead and getting married on their chosen wedding days and planning fab receptions once restrictions are lifted.

Whether you are newly engaged or are planning a post-Covid reception, Martine advises you to contact vendors and venues NOW for 2022 and 2023 dates. “Everyone’s going to be busy,” he predicts.

In His Own Words
Martine’s Perfect Lancaster County Day

I miss so many things. I miss being creative and networking with other vendors, many of whom have become my friends. Pre-Covid, we would unwind after a wedding by going out for drinks – The Exchange was a favorite – and dancing the night away at Tellus360.

From a personal perspective, I miss being with my family. I have aunts and uncles I haven’t seen in over a year. I miss seeing my three nephews, who are 10, 11 and 20 years old.

I miss kissing and hugging everyone! I miss going out for lunch and dinner. I just miss people! I think of myself as a social butterfly whose wings have been clipped.

Because of all that I miss, my perfect day would revolve around throwing a huge party. In my perfect world, it would be a party that celebrates life as we knew it and, hopefully, one we will come to know again. There would be no masks or social distancing; guests would be free to greet each other with hugs and kisses. There would be lots of fun, laughter and, of course, dancing.

As this would be a perfect party, guests would be treated to delicious food, flowing drinks, beautiful flowers and linens and, of course, fabulous desserts! I think pink (or white) Champagne would be the perfect – and most appropriate – flavor for the cake and mousse filling. We’ll party like it’s 1999 or, fingers crossed, a Covid-free 2022.