What is Christmas, a birthday and the Super Bowl all rolled into one? For seven local communities, the answer is easy … It’s Fair Season!

The International Association of Fairs and Expositions defines a fair as “an event that offers multiple competitions that involve produce or farm animals.” While that may be the core aspect of a fair, according to Deb Martin Berkoski, a fair is also about community.

The queen of the fairs – Deb and her mother, Dorothy M. Martin, took home 150 ribbons from this year’s Pennsylvania Farm Show – likes to emphasize the “giving” nature of Lancaster’s farming community. On a personal level, she is indebted to the countless people – and organizations such as 4-H and FFA – who have guided and supported her over nearly 40 years of competing locally, state-wide and nationally.

She also admires the individuals and businesses that pay top dollar for animals, produce and baked goods at the fairs. In many cases, their purchases help to fund a college education or a future downpayment on a piece of land. “Sometimes, I can’t believe what a person is willing to pay for a piece of my pie,” she says of auctions that benefit farm-focused youth organizations.

Deb also credits her success to people who taught her how to raise lambs and to her mother, who can determine if a pie crust will be good with just a touch of her hands. And, then there are the people who kept a watch over the teenaged Deb during her travels to the Pennsylvania Farm Show and other competitions across the country. “It definitely is a different age in which we live,” she says of going to Harrisburg as a youngster and spending the week at the Farm Show building. “I’d call my parents and ask them to send more money along with whomever was coming up the next day,” she recalls. 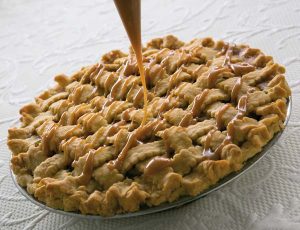 n Deb’s estimation, community spirit – and more importantly, community service – is what drives the success of Lancaster County’s fairs. Volunteerism is an incredible aspect of the fairs. Thousands of people devote countless volunteer hours to the various fairs. And, according to Deb, that devotion to and pride in Lancaster’s agricultural tradition never skips a beat. “If you did well at the fairs as a child, you feel the need to give back as an adult,” she says of what motivates succeeding generations to become involved. For the volunteers, the year-round planning sessions are simply a labor of love. “I’m not aware of one person in Lancaster County who gets paid for running the fairs,” Deb says. In their viewpoint, Lancaster’s agricultural heritage must be celebrated.

Deb, who lives on the family farm in Conestoga with her husband, Steve, is especially dedicated to the West Lampeter and Southern Lancaster County fairs. “Mom and I always enter those fairs – we consider them our ‘home’ fairs,” she says, adding that she has become a volunteer at West Lampeter.

Lancaster’s fairs also have a social aspect connected to them. “On one hand, you develop lifelong relationships through the fairs,” says Deb. “And, on the other, there are some people I only get to see at the fair.”
That may be the bedrock of fairs. To this day, they provide farm families with the opportunity to take a break from chores, celebrate the harvest, visit with neighbors, participate in competitions, and see new products and machinery. “I think people are more into the fairs than ever before,” says Deb, noting that city dwellers and suburbanites have joined the audience.

Statistics back her up. Last year’s North Dakota State Fair was attended by nearly 40% of its residents. That equates to more than 300,000 visitors. The York Fair, which is regarded as “America’s First Fair” (1765), draws upwards of 400,000 visitors in early September. And, the Pennsylvania Farm Show, which is regarded as the nation’s largest indoor agricultural expo (6,000 animals, 10,000 competitive exhibits, 300 commercial exhibits) attracts a similar attendance. Locally, the various community fairs attract residences and visitors alike.

“I think for many families the fair provides a night where you can learn something, have fun, eat French fries and funnel cake, and pet a pig,” Deb says. “Where else can you do that?” She credits the farm-to-fork movement for inspiring families to learn about Lancaster’s agricultural heritage and its long-held reputation as the “garden spot of America.” She also points to a newfound fondness of gardening, canning and preserving for the interest foodies are showing in fairs. Even the popularity of competition-cooking shows on television impacts fair attendance.

Deb traces her competitive spirit to her mother, the daughter of tenant farmers. Deb’s father, the late Melvin H. Martin, grew up on a farm that has been owned by generations of Warfels. Raised by an aunt and uncle, Melvin’s choice of a bride dismayed his aunt. “According to my mother, my father’s aunt made the comment that she didn’t know what he could be thinking of to marry her – she couldn’t can, she couldn’t cook and she couldn’t arrange flowers.”
The comment apparently raised Dorthy’s ire. “Sixty-five years ago, she set off for the West Lampeter Fair with chow-chow, sugar cookies and a vase of asters,” Deb reports. “And, she came home with three blue ribbons!”

Deb says that her mother’s determination came to define her own spirit. “As farmers, we’ve come to view every day as a contest,” she says. “Farming has made us into very competitive people. We need to earn our keep every day, every year.” Like many Lancaster farming families, the Martin clan – Deb, Steve, and her brother, Brian – work off the farm and lease the fields to others farmers. “You either have to do that or go big and raise everything – cash crops, animals – plus diversify with market stands and other ventures,” she remarks, noting that health benefits are a major incentive to work off the farm. “I remember my father’s uncle, Joe, had an egg route.”

Deb made her debut on the fair circuit at the age of 12. “I bought my first market lamb and entered the West Lampeter Fair,” she recalls. Her first blue ribbon only whetted her desire for more. Thanks to the generosity of others who shared their time and knowledge with Deb, she was schooled about the nuances – breeding, genetics and diets – of raising prize-winning lambs. “A lot of work and money goes into raising an animal,” she says. “It also helps to have luck on your side.”

Two of her lambs, Jenny and Chisholm, took her all the way to the Pennsylvania Farm Show. She laughs at the memory of them. “We didn’t even have a truck to haul them around,” she says. “We just put them in the backseat of our ’72 Chevy Nova and drove them to the fair.” She will always be grateful for the experience of raising lambs. “For kids, it’s a learning process that will stay with them throughout their lives,” she explains. “Caring for an animal teaches responsibility and other life lessons. On the fair circuit, you’ll shed tears of joy and tears of frustration.”

From lambs, Deb transitioned to baked goods, jams/jellies and floral displays (she grows her own flowers and has taken classes at Longwood). “Between the two of us, we’ll enter 100 items at a fair,” Deb says, referring to her 89-year-old mother. For Deb, the holy grail of competition is the state-sponsored contests for apple pie, chocolate cake and angel food cake (there is also one for a youth-division brownie). Here, winning the blue ribbon is nice, but it’s the cash that matters. We’re talking between $100 and $500 for a pie! “You really need to study the premium book and learn the rules of the contest,” Deb explains.

Again, she points to the Food Channel and pastry chefs with their own shows for driving competition – even on the local level. “Everything has been taken up a notch,” she remarks. “Now your product has to be better than good. That’s why I added creativity to my pies.”

Eric Lukacs, who is a member of the city’s Mounted Police Unit, enters the conversation. The unit’s horses make their home at Long’s Park, where Deb is the maintenance supervisor. “Her apple pie is the real deal,” he says. “It’s insane!” And, her whoopie pies? “They’re amazing!” he says of the perks of being at the park.

What’s Deb’s secret to baking an award-winning pie? She says it’s the crust. “It must be very flaky – almost like a croissant – and rich. The ratio of liquids to dry is critical. My mother can feel if it’s right with her hands. I’m getting there.” She also credits apples from Cherry Hill Orchards for her award-winning pies. “I use Crispin or Granny Smiths,” she reports.

Deb plans to begin her quest for another Pennsylvania Farm Show championship at the Elizabethtown Fair. She did a practice run in Intercourse in June, where she and 27 Amish ladies competed in an apple pie contest. She proudly claimed the blue ribbon.

The rules state that a win at one local fair punches your ticket for January’s big show in Harrisburg. Deb likes to get that win early. Otherwise, chasing after a blue ribbon becomes a nerve-wracking process. That occurred several years ago with one of the cake categories. A final opportunity came at the end of fair season in Dillsburg. Deb was grateful to walk away with the blue ribbon and a ticket to the Farm Show’s competition.

Deb vows to always be a part of fair season, whether it’s as an observer, a competitor or a judge (she earned her credentials in January). “Every September, I’m 12 years old again,” she says. 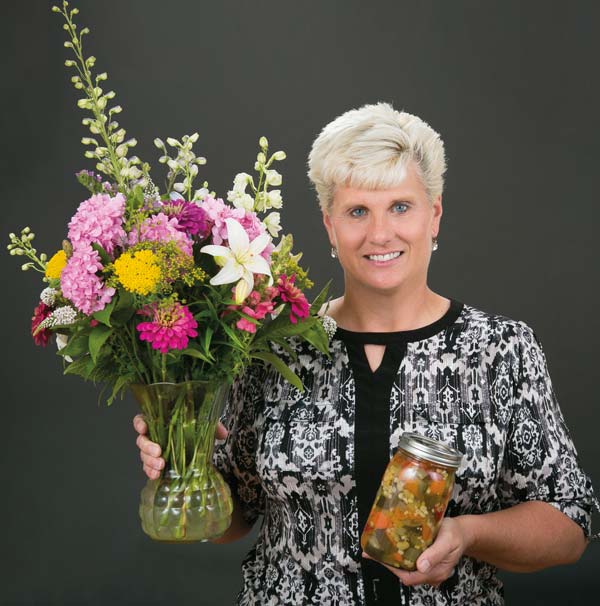