The stores! Fresh air! Penn Square! On a Sunday in March, Lancaster’s fashionistas agreed you can “keep Manhattan” and give them the Red Rose City! Fashion Week may rule New York in February, but Lancaster was the place to be in early March, when Kathy Frey, owner of Festoon, unveiled her own fashion line, Selga. 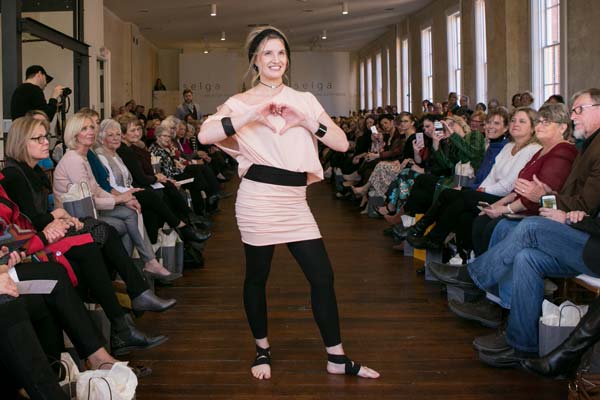 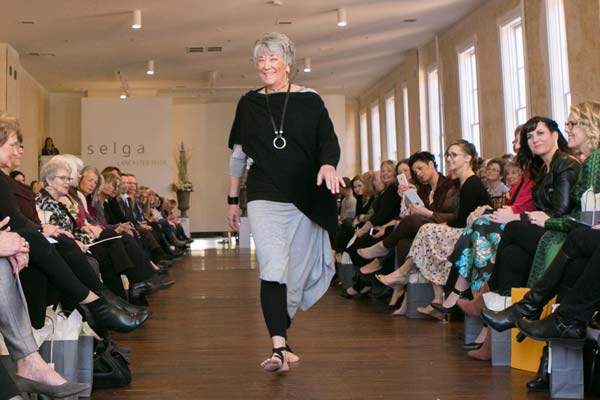 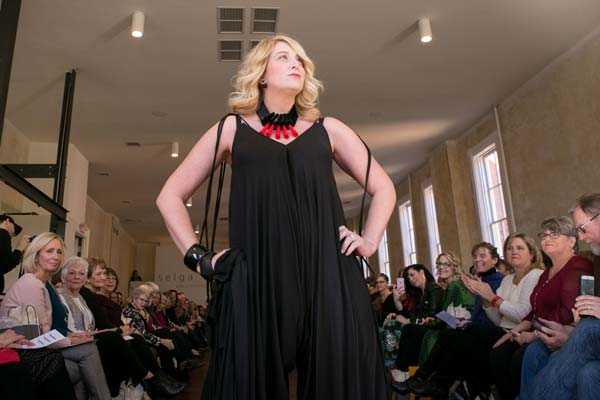 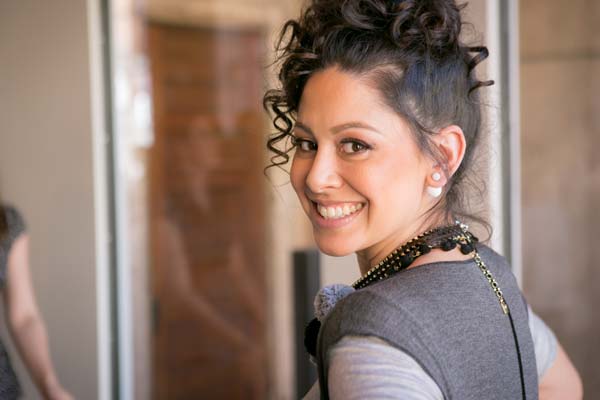 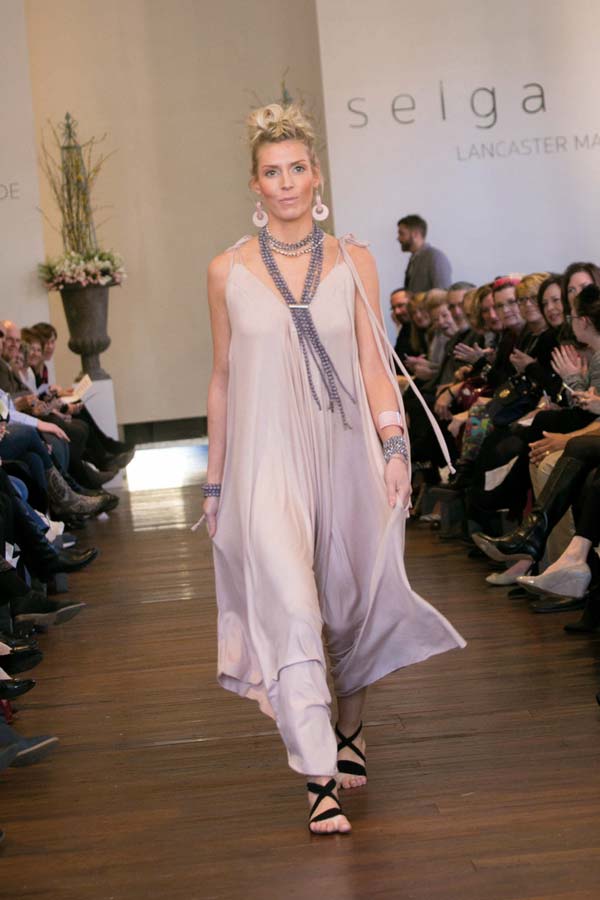 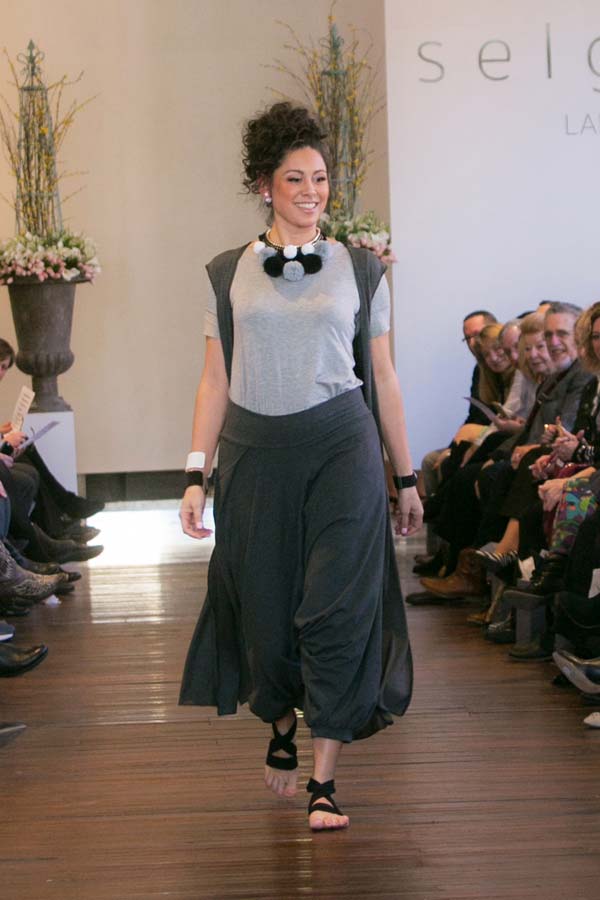 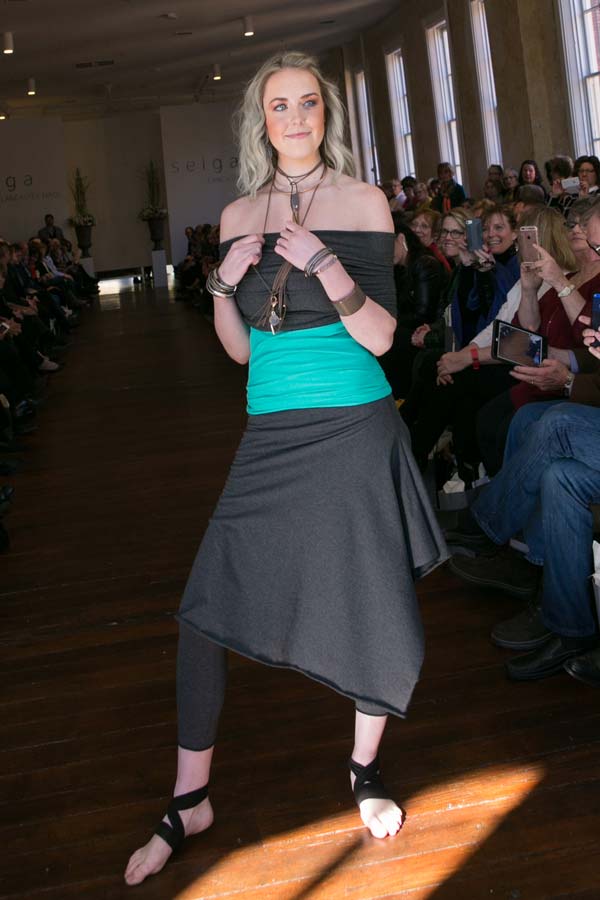 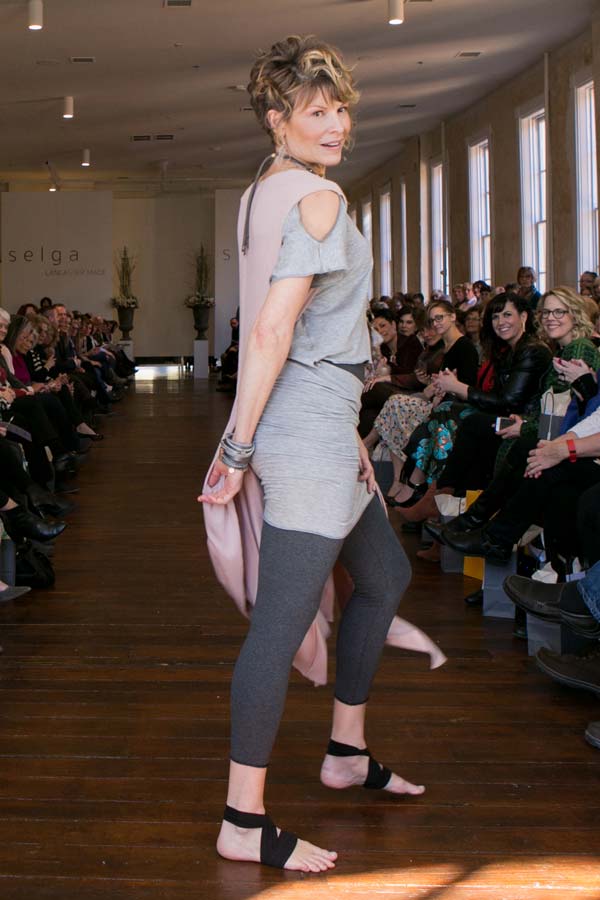 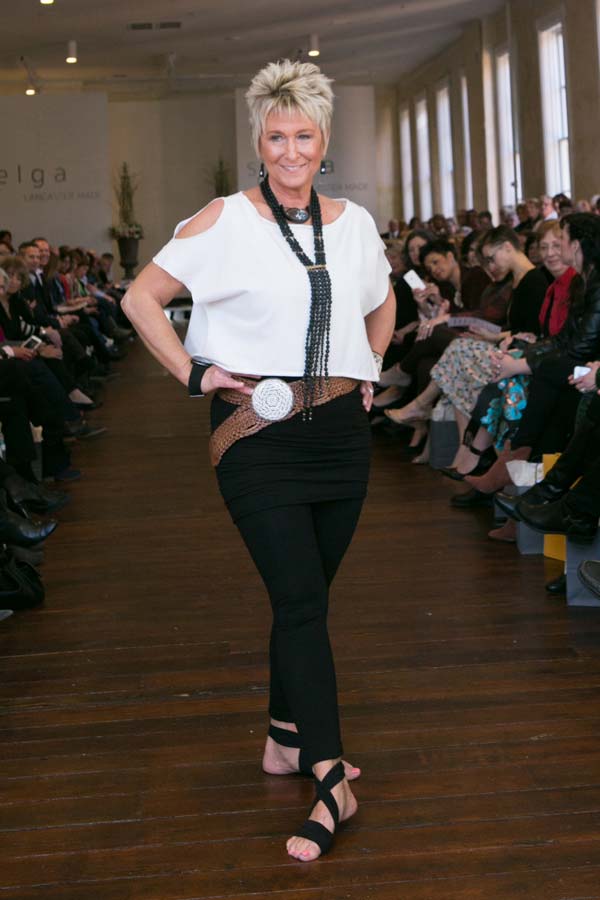 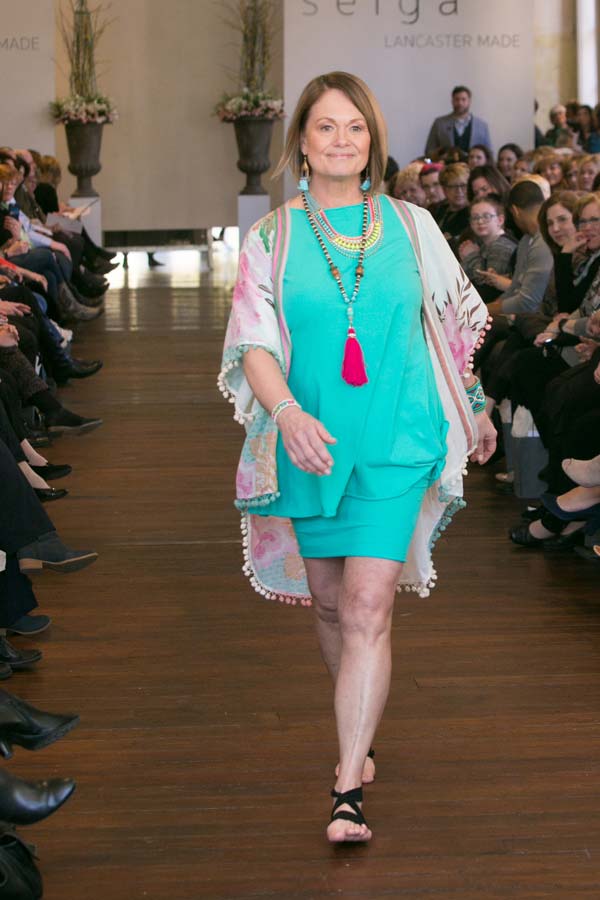 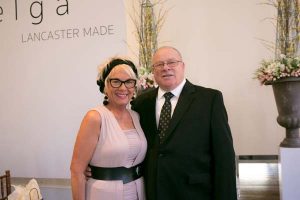 Selga is a dream come true for Kathy. “I’ve dreamed about my own clothing line for a long time,” she explains. While Kathy has “always had her finger in the apparel world,” she has been enmeshed in all-things design since she was a child. “My mom made all my clothes,” she says. “She also knitted and crocheted,” she adds, speculating her own creative talents are genetically gifted.

Growing up on a farm in Manheim helped to foster Kathy’s love of animals. “I can’t be without animals!” she says, expressing a special fondness for dogs and horses. The farm also contributed to her relentless work ethic. “My parents believed in working hard,” she recalls, noting that her business acumen is rooted in successfully operating a celery-selling enterprise beginning at age 9.

After graduating from Manheim Central, Kathy enrolled at the Art Institute of Pittsburgh. Returning to Lancaster, she noticed a help-wanted ad in the newspaper for an illustrator at Hager’s Department Store. She went to the interview brimming with confidence. “I don’t allow fear to control me,” she says of landing her first dream job of illustrating fashion ads for one of Lancaster’s landmark department stores.

In the ‘70s, Kathy went in another design direction by opening Kathy’s Flower Werks in Marietta. “I was there for 20 years,” she recalls.

Her next stop – in 2004 –  was a return engagement at the Hager building, which, following the closure of the store in 1977, had became home to condos, a restaurant and boutique-style shops. “How ironic is it that I ended up back there?” she asks. Her return marked the opening of a unique shop she named Festoon. While it began as a home-oriented store, Kathy offered a small collection of fashions that were unlike anything you’d find locally. She eventually opened a second location in the Bent Creek area.

When an adjacent space became available in the Hager Arcade, Festoon was able to enlarge. It became a feast for all the fashion senses. Kathy credits “a lot of time spent in New York and Atlanta” for the wonderful and unusual mix of fashions – for home and to wear – that define Festoon. “We had so much fun there,” she recalls, alluding to events such as tea parties held in the hallway and the unveiling of her much-anticipated holiday decor.

Three years ago, Kathy faced a dilemma. She was losing her lease at the Hager building. Fortunately, she found a space on North Duke Street that provided that same airy and repurposed feel she so loves. The building that once housed fire engines became Festoon’s new home.

The larger space allowed her to expand and add pet products and an ever-growing line of Lancaster-Made items to her inventory. “Lancaster-Made products are a growing segment of the store,” Kathy reports. The Makers Movement has evolved beyond the “arts-and-crafts” craze of yesteryear. Crafters have developed into entrepreneurs whose products – apparel, candles, textiles, handbags, home goods and more – are driving the success of stores like Festoon.

“It’s a win-win for all of us. Lancaster is filled with creative people. We want them to surface and help them show off their talents,” Kathy says, noting that one of her first finds, Christina Maser, now supplies her products to Whole Foods.

Lancaster’s entrepreneurial spirit encouraged Kathy to delve into her own talents. She began designing a clothing line through which she could give back to the community that has supported her for the past 40 years.

First, she wanted to support women who were looking for fashions that would take them through their busy lives comfortably, affordably and in style. “Women are working toward having smaller but workable wardrobes,” Kathy explains. Hence, she designed her line with that in mind – colors and pieces need to mix and match. “You’ll be able to create a number of looks with some core pieces,” she explains. For example, the piece she calls “The Thing,” can multitask and be used as a skirt, a headband, a tube top, a layering piece, etc.

The forgotten women in the fashion world – plus-size and the older generation – are also being addressed by the Selga line. “I want to accommodate every size, shape and age,” Kathy says, noting she is going back to the drawing board for her fall and winter lines in order to make certain sizing is perfect.

Convenience was also taken into consideration: The cotton/lycra and rayon/lycra blends, which are made in Allentown, travel with ease. “Everything washes well, too,” Kathy says.

Kathy also did her homework regarding color. “I did a lot of research,” she says, referencing companies such as the Pantone Institute. Hence, her color choices for spring/summer – nude (pink), turquoise, gray and peach – are on trend. “The nude pieces sold out immediately,” she reports. “It’s a color everyone can wear.”

Kathy also wanted to support women-owned businesses and discovered a pattern-making/sewing company in Reinholds called Pattern Design Unlimited (PDU), which is headed by Pam Urban. The collaboration proved perfect: PDU was willing to take on what the industry would consider to be a relatively small order (initially 1,400 pieces), plus it allowed Pam to shelve layoffs that were looming at the company.

Kathy also plans to support animal shelters, rescues and other such organizations with her fashion line. “Selga was my first dog after I became independent,” she explains. “She was with me for 17 years. She was the sweetest, kindest and most loving dog. She just went with the program!” In honor of Selga, a portion of the proceeds from sales of Selga items will go to animal-related nonprofit organizations. “My first donation went to the Pet Pantry,” she notes.

Fashion Icon: Kathy names Katharine Hepburn as her muse. Kate the Great had style! She looked equally comfortable in a menswear-inspired “pantsuit” as she did in an evening gown. “I loved her aura,” Kathy says. “She had confidence in her look.”

Must-Have Accessory: A scarf. “You can wear a scarf in your hair, across your shoulders, as a belt … a scarf can change the look of an outfit.”

Must-try Look for Spring/Summer: The cold-shoulder look is huge. And, according to Kathy, women of all ages can carry it off. “Shoulders don’t show signs of aging, and the sleeve portion of the garment covers your arms. It’s an easy look to wear.”

Favorite Fashion Era: This child of the ’60s doesn’t hesitate to name that decade as her favorite period in fashion. “Boho calls my name!” she laughs.