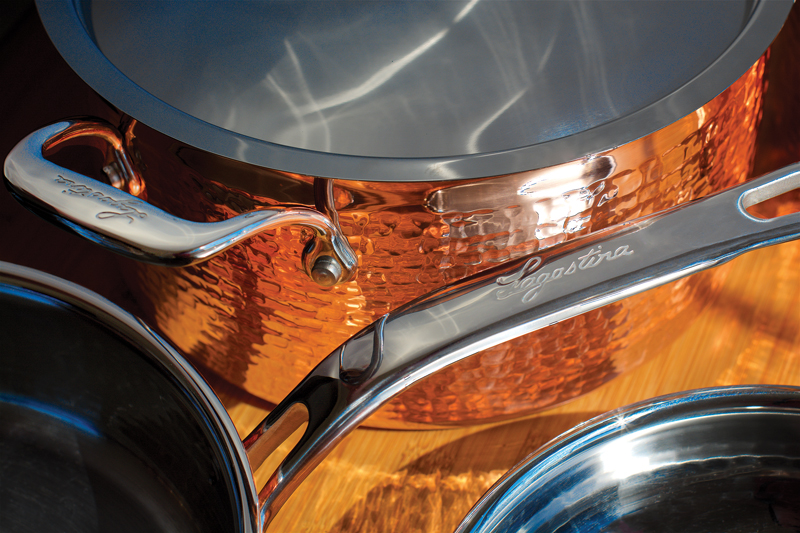 Whether you’re a newlywed or simply new to the kitchen, gadgets will help you master cooking.

As much as I love cooking gadgets, I must choose them wisely – we have a small kitchen, which means space comes at a premium. As we started to establish our culinary arsenal, everything needed to count and offer as many functions as possible. What follows is my Top 10 list of essentials that will keep you cooking for years to come.

Another modernization of small kitchen appliances, instant pots are becoming a staple in many homes. An instant pot can replace a rice cooker, slow cooker (or crockpot) and pressure cooker, thus consolidating appliances and creating space. Add a steamer basket for vegetables, eggs and seafood. Most feature programmable cook times for convenience, and some offer a sterilization feature, which is helpful for specific methods of canning food and preparing baby bottles.

From cooking frozen meat to checking baked goods for doneness, the peace of mind that food is cooked well and properly is worth a great deal. This is especially true for new cooks, as the instant-read speed of a digital thermometer makes this a must-have tool in the kitchen. Keep a close eye on the quoted speed and accuracy when buying, as there are inexpensive options that won’t be as reliable as others. 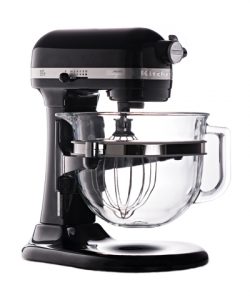 Before my fiancée, Jessica, started using her KitchenAid mixer, I had no idea how versatile these machines are. Stand mixers seem to be a staple of wedding registries, and it’s for good reason. They are an investment, to say the least, but the utility makes it a value. Unless you enjoy mixing endlessly by hand, stand mixers take the elbow grease out of food prep.

The sheer number of attachments available is astounding, from pasta rollers and food processors to meat grinders and ice cream makers. In KitchenAid’s line, there are two primary sizes, the Artisan and the Pro 600. The Artisan is designed for smaller batches and can often do a better job of mixing reduced quantities. The Pro 600 handles more volume with ease and features a slightly more robust motor.

Convection ovens work faster by moving hot air around the food, cutting down on cooking time. For example, if you have unexpected visitors or you’re in need of a late-night snack, Nestle’s pre-made cookie dough transforms into a small batch of chocolate chip cookies in about 12 minutes flat. Leftover pizza and French fries, perhaps with mozzarella cheese added, come out hot and crisp. Ours has saved a lot of leftovers that a microwave would have left rubbery. The oven negates the need for a conventional toaster, making it a trade-off for countertop space.

Depending on the cooktop you use at home, either one of these can be great for cooking larger meals. A non-stick, electric griddle will heat evenly and add to your cook space without occupying a burner. They’re perfect for breakfast items such as scrambled eggs, bacon, French toast and pancakes. Clean-up is easy. A cast iron griddle is ideal for a gas stove or outdoor grill, providing similar properties, but the density retains heat, ideal for searing meat or putting a crunch on toasting bread. 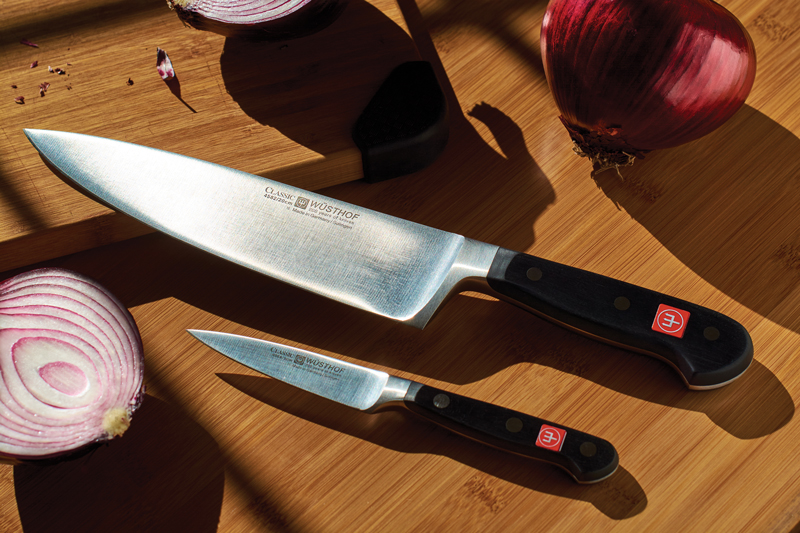 At a glance, dropping $100 on a kitchen knife might seem frivolous. A high-quality knife can last a lifetime, making it a bargain in the long run. Improving your knife skills will amplify that utility and save you from buying a number of kitchen gadgets while working more efficiently. Having a really good knife (or two) means you won’t have to rifle through drawers of inexpensive, dull knives. There’s also less risk of injuring yourself as you’ll use less force with a sharp blade. When I took a cooking class a couple of years ago, the usefulness of a great knife was one of the first major revelations.

A lesson often learned the hard way: clean your knives as soon as they’re used. Acidic foods can mar the blade, and the coarse side of a Brillo pad can leave scratches, so use the soft foam side. Knives are also meant to be honed, not sharpened, before each use. Make a couple of passes and wipe the blade with a damp cloth so it’s free of any loose metal. Wusthof, for instance, makes a knife sharpener that holds the precise angle for both coarse and fine honing. 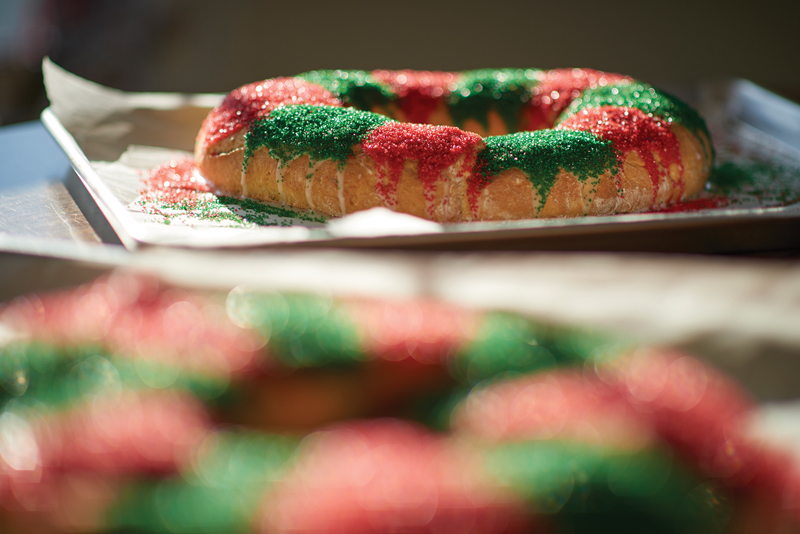 From baking large cakes to cooking bacon in the oven, thick-gauge baking trays see most of their use outside of the more expected cookie world. The trays come in handy at Christmas and Fat Tuesday, when I often bake King Cakes. The heavy-gauge baking trays are durable enough for transporting the sizable and weighty cakes to a dinner party or event. Paired with a cooling rack, I prefer Nordic Ware’s aluminum half-sheet baking trays for their commercial-grade rigidity. 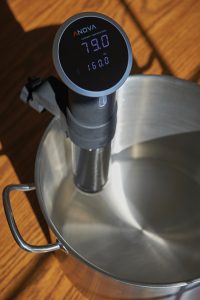 For many folks, this is unfamiliar ground. Sous vide is a method of slow cooking whereby food is sealed in plastic or glass containers – locking in the moisture and flavor of the food – then submerged in water. The immersed cooker will heat the water to a precise degree, and the food will be heated up to that temperature the whole way through, and not one degree more, for an even, juicy cook. Temperatures hover around 130 degrees Fahrenheit, with cook times as short as an hour and as lengthy as a workday.

The process is akin to a crock pot mixed with a water bath canner, using the low-and-slow mentality of smoking foods. French Chef Georges Pralus developed the method in the 1970s, but precision cookers today feature Bluetooth connectivity to control and monitor your precision cooker with a smartphone. This is a prime example of how food and home cooking are continuing to change. 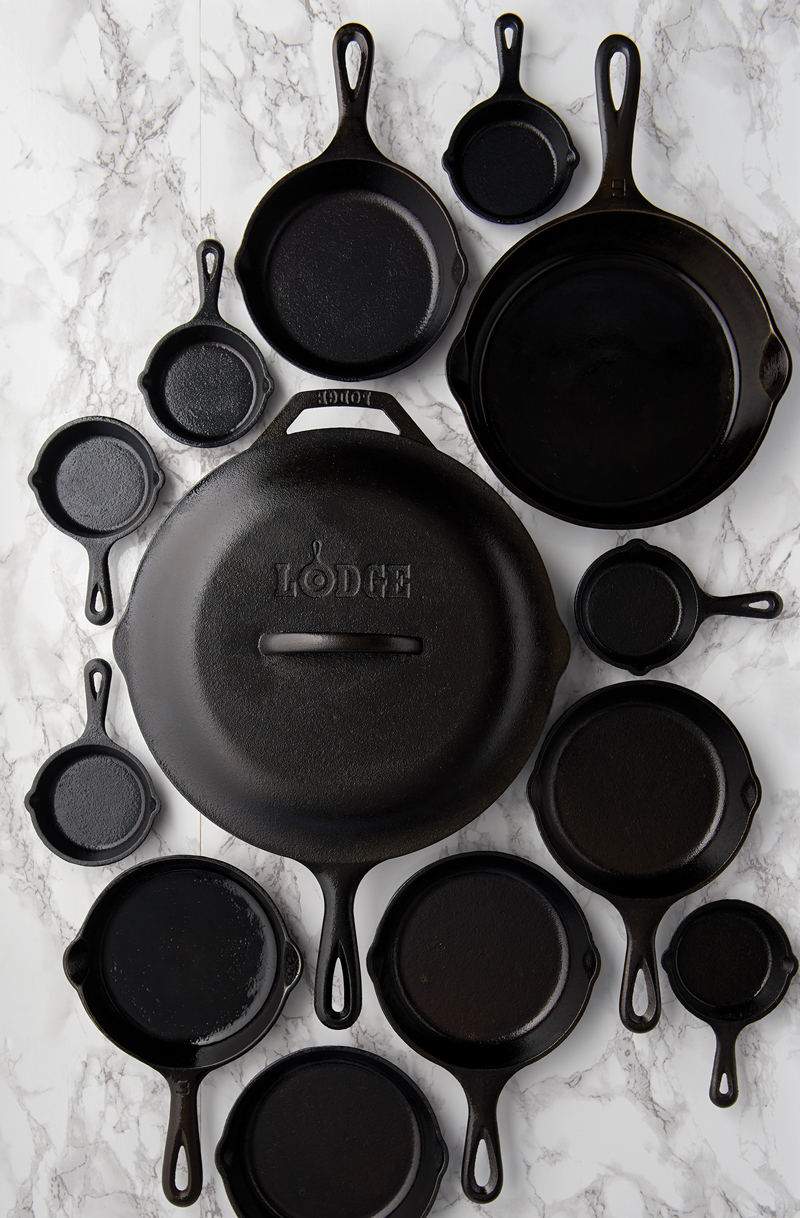 From the stovetop to the grill and right into the oven, cast iron is durable enough to do it all. Add a braising lid and it’ll function as a small Dutch oven, surrounding food with consistent, direct heat and limited airspace. I’m nearing two dozen skillets in my collection, but at the core, 12-inch and 8-inch skillets are the two most used in our household. 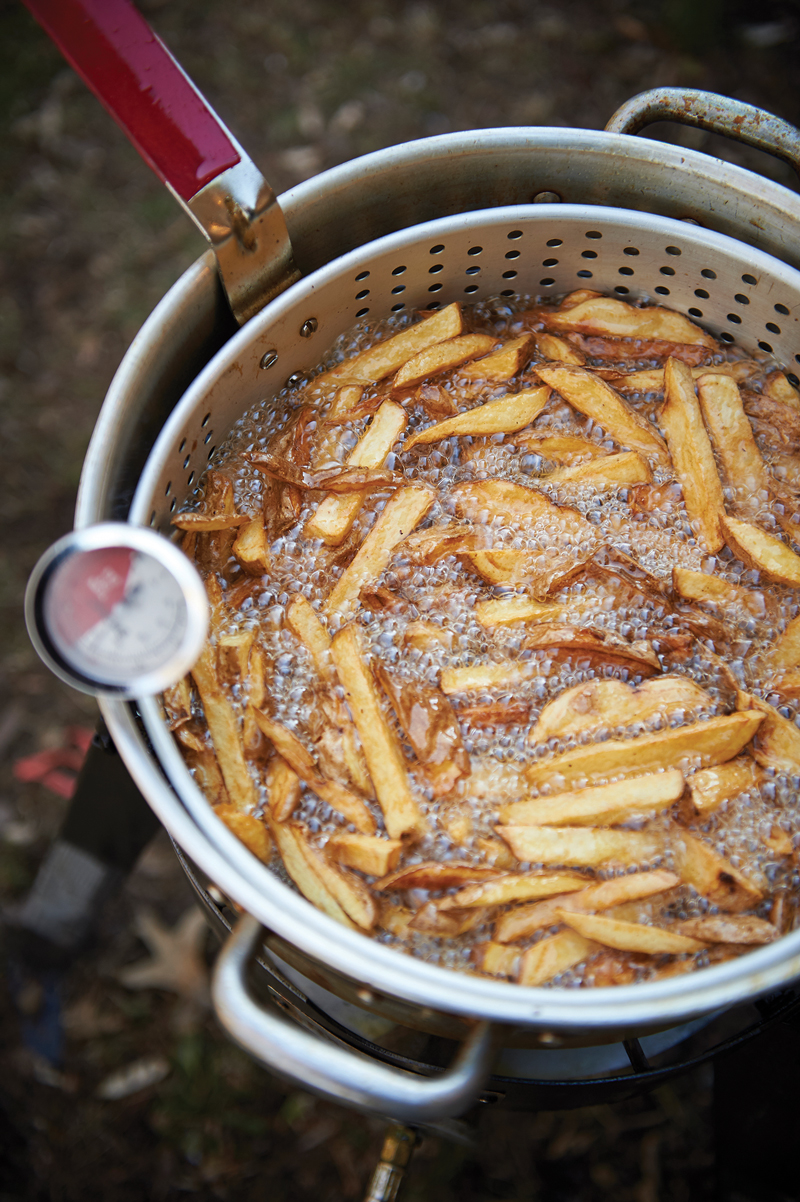 A large, heavy-bottom stockpot will see a lot of utility. From corn-on-the-cob to chicken corn noodle soup, 16 quarts (or more) is large enough that it can be paired with a propane burner outdoors to fry wings on game night, fries at a picnic, or a turkey at Thanksgiving. It can double as a water-bath canner for preserving high-acid foods simply by adding a rack to the bottom of the pot.

Taking care of your culinary investments is a step that should not be overlooked. Every kitchen needs a miracle worker, and Bar Keepers Friend is one of them. I’ve used it to safely polish copper pots and clean tarnished stainless-steel kettles that appeared beyond saving. Do you have hard water problems? Have you ever left a kettle on a heated stove and forgot it was there? Not a problem – Bar Keepers Friend can help. Available in a liquid and powder form, I prefer the former for more delicate surfaces. 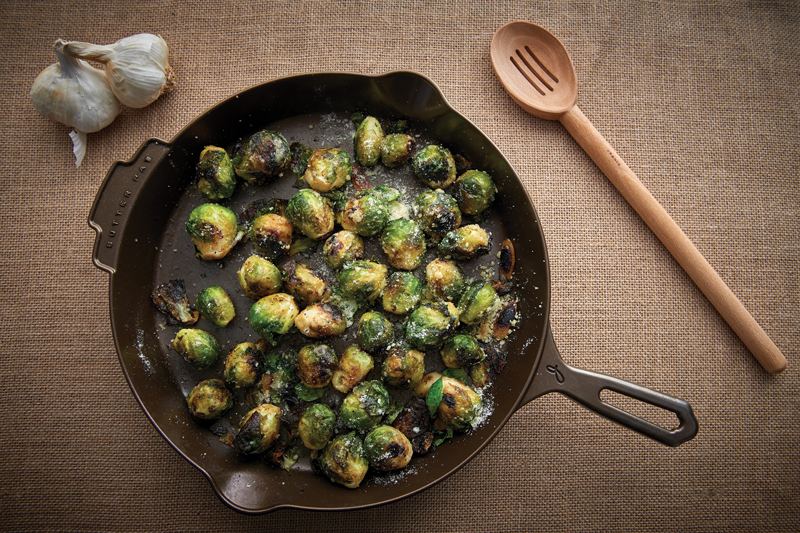