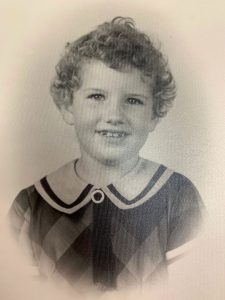 I was born in 1951, which makes me a Baby Boomer. Looking back over my life, it’s odd what I remember. It starts at the very beginning with my parents. My mother was from Cabbage Hill and my father was from North Carolina. They met during World War II, when he would travel from the Navy’s training center in Maryland to Lancaster on weekend leave. After living in Rhode Island to fulfill my father’s Naval service, they settled in Lancaster. Did I mention she was Catholic and he was Southern Baptist? That created some fireworks around the house!

When I was little, summer vacations were often spent in North Carolina, on the farm where my father grew up. One of my earliest memories was the chain gangs that worked on the roads. Seeing men – most of them Black – wearing those black-and-white prison uniforms and chained together with guns trained on them was frightening. I also remember the drinking fountains that bore signs above them that I now know said, “Whites Only” and “Colored.” No explanation was ever offered … it was just the way things were.

My parents persisted in using the word “Colored” to describe African Americans all their lives. My sister and I supposed it was a generational thing. It would drive my brother-in-law – who grew up on Monument Avenue in Richmond, Virginia, of all places – nuts, so he’d always ask, “And, what color are they?”

We found it kind of ironic that one of my mother’s best friends was a Black woman she worked with at a local factory. Anita was a friend to the end. I don’t know how we would have made it through those difficult final years of my mother’s life without her help.

Back to the religion thing. My sister and I were brought up as Catholics, although sometimes we’d go to church with my father. I attended parochial school from first through fifth grades. One thing that always bothered me was being instructed by a particular nun to not talk to the public school kids who walked past our schoolyard on their way home for lunch. “They’re not Catholic,” she would say. I found this very confusing. After all, my father was not Catholic. I constantly worried that he was going to end up in hell.

During the summer between fifth and sixth grades, I was informed I’d be going to public school. Those first few weeks were rough. The Mennonite girls avoided me like the plague. I’d hear them whisper, “She’s that Catholic girl.” Finally, a nice Lutheran girl took me under her wing and I gained the acceptance of my classmates.

I lived for the summer. Spending the day at the pool was my idea of perfection. One day in the early 60s, I remember the pool suddenly got very quiet. An Asian couple walked to a spot near ours and spread out their blanket. Everyone stared.

The pool manager soon appeared. He and the couple engaged in conversation and suddenly they were packing up their things and being escorted out. Kids’ questions were met with vague parental answers.

Many years later, my mother would become friends with a Japanese co-worker who had spent part of her childhood at an internment camp on the West Coast during World War II. I saw her obituary recently and had to smile at the memory of the crane-inspired crafts she made and shared with us. 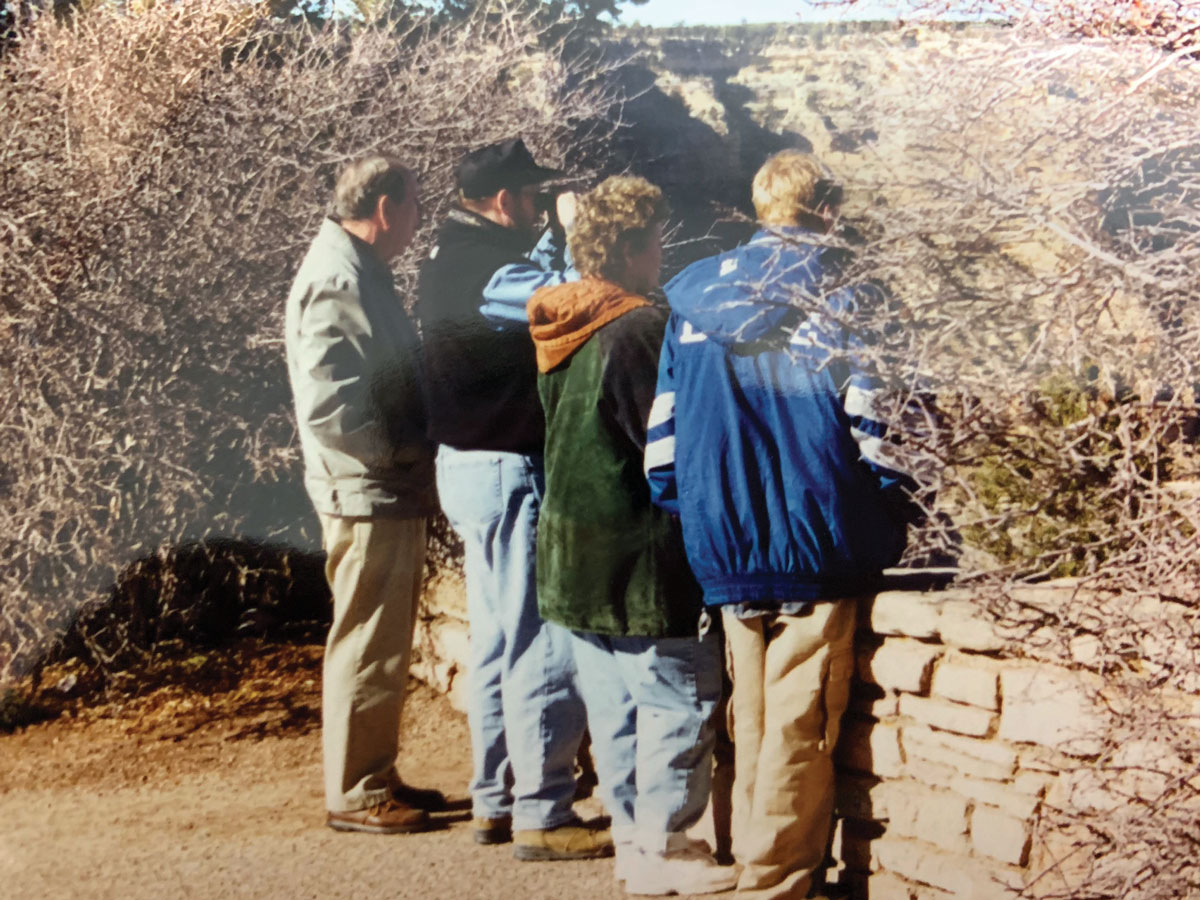 Ticking an item off my dad’s bucket list – seeing the Grand Canyon.

As much as we love Lancaster County, we have to admit it has always been a very segregated community. When I was growing up, Black residents lived almost exclusively in the Southeast area – the Seventh Ward – of Lancaster. When someone simply said “the ward,” you knew what area of town they were referring to. The suburbs were essentially lily white. At the suburban high school I attended, there was one Black family and they moved to another district my junior year.

In the burbs, we were “segregated” in other ways. One was through the course load we took – i.e., college prep, business or general. We were kept in our own little worlds, never to mingle with the kids in the other curriculums.

Years later, you would meet classmates from outside your circle at reunions and think how nice they are and wonder why you didn’t get to know them in high school.

When it came time to choose a college, I wanted to spread my wings. My parents agreed to a small liberal arts college in North Carolina. As the song goes, the times they were a changin’ due to movements focused on civil rights, women’s liberation and ending the war in Vietnam.

One of my freshman suitemates was from a small town near Charlotte. The first time we (my other roomies were from New Jersey and West Virginia) went home with her, we were shocked to discover her family had a Black maid. They lived very comfortably but were in no way wealthy, which we – the Yankees – thought was the qualification for having a maid of any color. And, her mother didn’t work, so we wondered why she would even need a maid.

Allison (my roomie) adored that woman. Her name was Elizabeth and whenever we visited, she would make her specialty: shrimp creole. It was delicious!

We soon came to discover that most of our classmates from the South had Black maids. Heck, we even had maids at our disposal in the dorms. When I saw the movie, The Help, it brought back a lot of memories.

One of the best parts of attending college in the South was going to the beach – namely North Myrtle Beach, Ocean Drive – almost every weekend starting in early March. One Friday, eight of us set off for OD and about halfway through the drive, we stopped at a store/gas station in South Carolina that made Wally’s Filling Station on The Andy Griffith Show look like a palace.

Upon asking to use the rest room, we were directed to go “out back,” where we discovered two outhouses, one for whites and one for “coloreds” (despite it being more than five years since the Civil Rights Act was signed by Lyndon Johnson and the elimination of Jim Crow laws). There we stood in the broiling sun, eight college coeds in a row waiting our turns for the white outhouse. I announced I was going to use the other outhouse. Pandemonium ensued. You would have thought I said I was going to walk down the road naked. In the end, I was the only one to break ranks. To my surprise, I wasn’t booted from the car.

My dad remained a “farmer” all his life. He had the most amazing garden and grew stuff that was regarded as Southern, including collard greens, okra and yams. He gladly shared them with his Black co-workers who also grew up in the South and liked the taste of home he provided each summer.

My dad was also devoted to his lawn. He fertilized it on a strict schedule and mowed it at least twice a week, which drove my mother nuts.

What drove him nuts was the house across the street. It was owned by an Indian family and they weren’t picky about the way their lawn looked. On occasion, when they were away, my dad would sneak over and mow the lawn. My mother would say, “Why don’t you just go over there and give them some pointers?” He preferred to remain the mystery lawn mower.

My sister and her husband had a time share and they often invited me, my son and our dad to go along with them to what became our favorite destination: the American West. Exploring Native American culture was fascinating.

One Sunday afternoon, my sister and I made a run to a grocery store in New Mexico. Two Native guys approached us and began asking touristy questions: where were we from, etc. We engaged them in conversation, asking for their opinions on where to go and what to see.

Soon, the store manager swept in and said, “Ladies, I’m so sorry these men are bothering you,” and told them to be on their way. We were shocked. I told him they were not bothering us, thank you very much. As we checked out, the manager again apologized. God forbid that the locals bother the tourists!

Visiting a reservation is quite an eye-opener. Poverty permeates them. The first time we went on the Navajo Reservation in Arizona, my father was genuinely shocked by what he saw.

After retiring from nursing several years ago, my sister became interested in Starling family genealogy. One day she called with news of her latest discovery. She was incensed that one of our Scots-Irish ancestors traveled to the New World for the sole purpose of killing Native Americans.

My son works at a big food distribution center in Allentown. The past year has been a whirlwind. A year ago, he was tasked with learning all he could about the spotted lanternfly. In March, he had to become coronavirus-literate. In the beginning, he was working 24/7 just to keep stores supplied. Then, when the virus began to affect the workforce, he had to keep employees updated on the ever-evolving policies of the state. Now, it falls to him to don a hazmat suit every two hours and take everyone’s temperature.

One particularly busy night, he admitted a truck driver to the office. He instructed him to put on a mask. The driver (who was Black) asked why the other person (who was white) in the office wasn’t wearing one. Charlie explained he had a medical excuse. The debate went back and forth. Finally, the guy apologized, put on a mask and said, “You don’t know what it’s like to be Black.” Charlie responded with, “I have an inkling; my wife is Arabic. Everyone assumes her family are terrorists.” 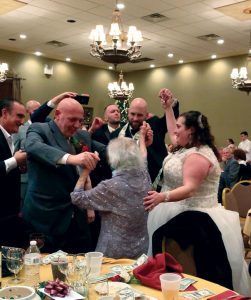 The Longs become part of an Arabic family.

It’s been quite an education becoming part of a Syrian family. They celebrate Thanksgiving in a huge way. The hors d’ oeuvre course features Arabic food and then, out comes the All-American smorgasbord of turkeys (done several ways), ham, veggies, salads, casseroles and bread. Fruit is their idea of dessert. They love American whiskey. The men sit around and discuss politics (in English) and football (in Arabic). Go figure.

They don’t like the American custom of shaking hands. Their preferred greeting is a kiss on each cheek. If you’re at a party, you must greet each person with a kiss-kiss. It takes forever for everyone to say hello.

The biggest thing I’ve noticed – and appreciated – is that they go out of their way to make the “white” in-laws (which they jokingly call us) feel welcome. If I make a mistake, I laugh and ask for their forgiveness, explaining I’m just an “uptight Pennsylvania Dutch woman from Lancaster County.”

What’s the point of all this? Perhaps it’s due time that we acknowledge our awareness of the prejudice and social injustice that have existed in the world since the beginning of time. As for Lancaster County Magazine, we pledge to work harder to be a better neighbor and be more inclusive of everyone who calls Lancaster home. 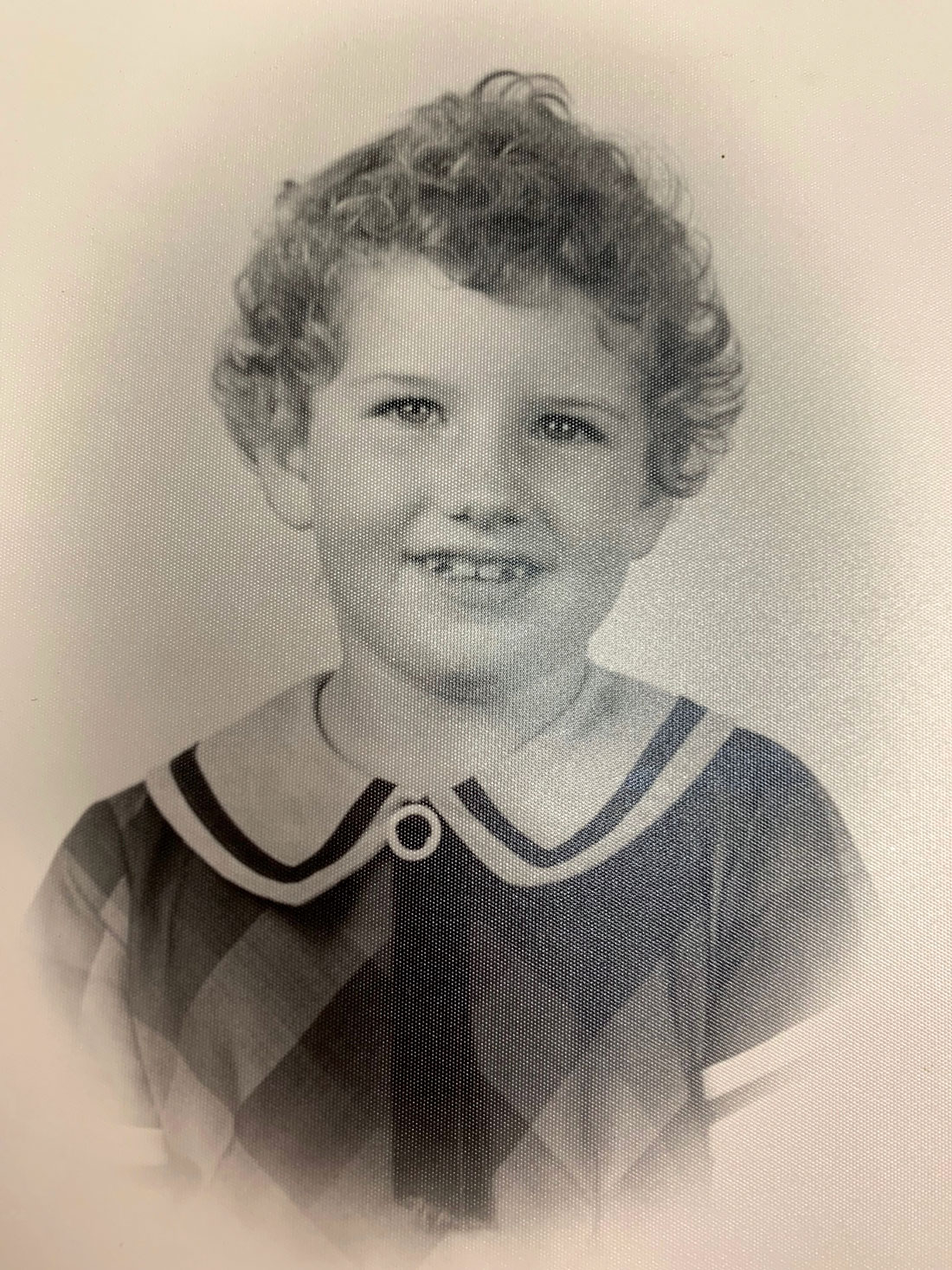