I’m a sucker for weddings and have always enjoyed working on the January issue of the magazine. I’m a devoted fan of Say Yes to the Dress and have probably seen each episode at least five times. Interviewing the show’s Randy Fenoli (twice!) was a thrill of a lifetime.

In doing research for this year’s issue, I kept coming across a term, micro wedding – a concept that seems to be making inroads in Lancaster County. Even the largest venues – barns and hotels – are addressing the preference for smaller weddings. Yes, the full-blown wedding extravaganzas are still popular, but thanks to the millennials, small, intimate gatherings of family and close friends are also trending. 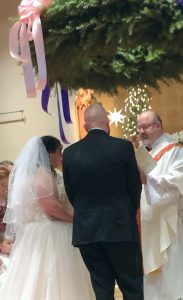 Well before micro wedding entered my lexicon, I was afforded an up-close view of the planning of a millennial wedding. My son, Charlie, who just barely qualifies as a millennial, was married December 22, 2018. He and his fiancée, Jenny, planned a small wedding for 250. Jenny’s heritage is Syrian, so by her culture’s standards, 250 is considered micro. Her sister’s wedding was twice that size.

Coming up with a guest list for our side of the family took no time at all. Over time, our numbers have dwindled. Only-child Charlie invited the cousins he is close to, a favorite uncle, a few close friends and some co-workers. I dissuaded him from inviting relatives we haven’t seen for years or live on the other side of the country. To me, it looks like you’re just fishing for gifts.

As for myself, I was initially comfortable with taking the solo route. But, the more I thought about it, the more I envisioned myself looking like Meghan Markle’s mother and called down to Virginia to make certain my sister, Ginny, was coming to Bethlehem for the wedding. (By the way, Bethlehem is a beautiful place for a Christmas wedding.) She said she was working on it, but the timing – the weekend before Christmas – wasn’t the best. At the time, she had eight dogs. All her dog sitters were out of town or busy that weekend and boarding them was cost prohibitive. In the end, her husband volunteered to stay home with the dogs so that she could attend the wedding. 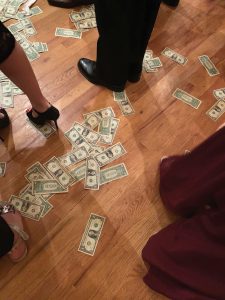 The Catholic ceremony was very traditional, but as Ginny and I settled in at our table at the reception, we looked at each other as if to say, “I don’t think we’re in Lancaster County anymore!” Panic set in when I learned the wedding party had to dance down the aisle – to Arabic music – as each was introduced. I would be first up. I suddenly developed a taste for cranberry juice and vodka, downed a few and sort of danced/ran down the aisle. Next up was Arabic hors d’ oeuvres (very tasty), followed by dinner, which was a mix of Arabic and American dishes. Then, the Michael Bublé of Syria burst onto the dance floor to belt out some tunes. There must have been code words in the songs because guests would suddenly shower Charlie and Jenny with dollar bills. It was all very fascinating.

Finding a dress was not a picnic. I’m not a dress person, but I got the distinct impression from Jenny that I needed to go all out. I asked what their colors were and upon being told “burgundy and gold,” my initial reaction was, “You mean like the Redskins?” I was told “yes and no” – they alluded to the fact that their first date was a Redskins-Steelers game in D.C., but they also qualify as Christmas colors. 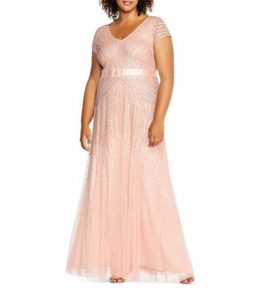 Jenny’s attendants would be wearing burgundy and her mother already had dibs on gold. That didn’t leave me much leeway, so I decided on rose/pink. I started perusing the internet for ideas and visited a few local shops (unfortunately, I was cutting it close to order anything).

Because I had worked retail, I was familiar with the labels and started an online search. I found something I liked through a department store, ordered it and had it in two days. I found a pair of bedazzled flats through another department store and had them in a matter of days. I dug out my prom-era Watt & Shand clutch for a touch of vintage.

I was set. Or, so I thought. The dress needed hemmed and the more I tried it on, the more trouble I had with the zipper. I called Country Threads by Gail and made an appointment for alterations. Owner Gail Heckrote Mendenhall and her staff were wonderful. The dress was hemmed in a week and when I went for a final fitting, Gail said she had concerns about the zipper. She wanted to replace it. Again, the alteration was handled quickly, and the new zipper worked beautifully. Disaster averted! I also found the perfect pair of earrings there. 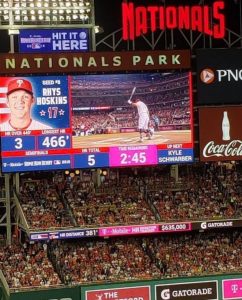 I don’t know if it’s a tradition or a trend of any kind, but Charlie and I enjoyed a very special mother-and-son outing – sort of a last hurrah – a few months before the wedding. We are huge baseball fans, and that summer the All-Star game was in D.C. We managed to get tickets for the home-run derby. We got to D.C. early in the day so that we could visit the Capitals team store (they had just won the Stanley Cup), take in Fanfest at the convention center (more shopping), eat at our favorite Navy Yards restaurant and go to the Nats team store at Nationals Park. (The boy likes to shop. Needless to say, he’s bought every Nationals World Series tchotchke that exists.)

We only had one glitch the entire day – at my direction, we boarded the wrong Metro train and ended up somewhere in Virginia. As for the home-run derby, which was an awesome experience, some guy named Harper was the winner. 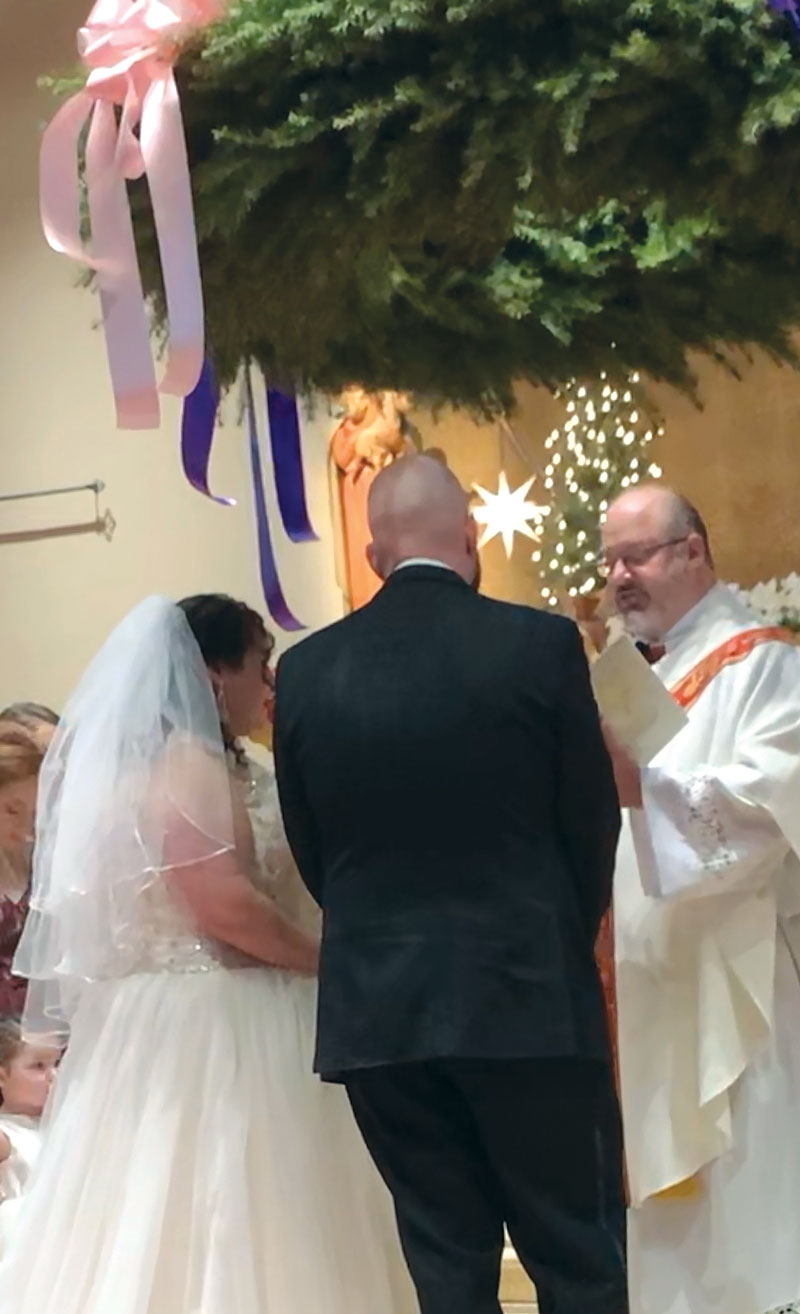