Joy and Dan Hobson are not only living among antiques, but they’re enjoying a lifestyle that was once a tradition for small business owners – living over the shop. 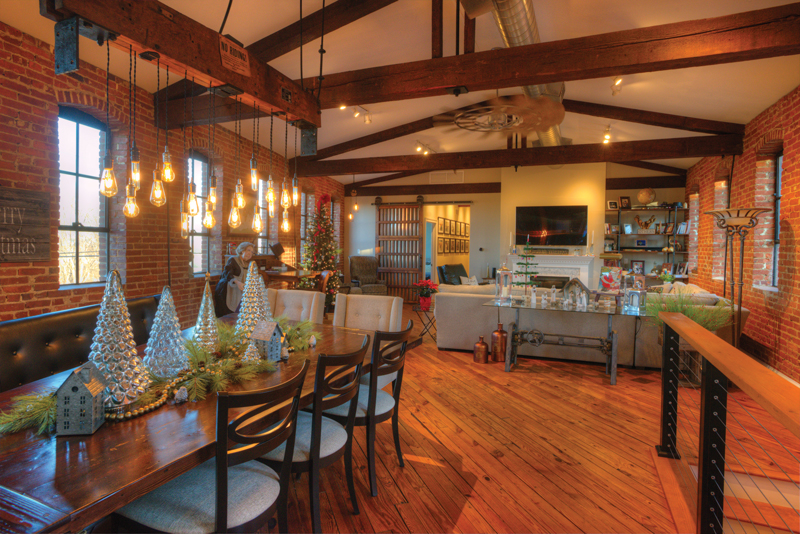 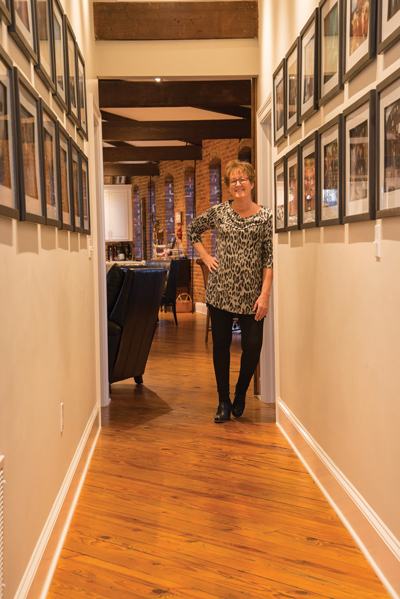 Last December, as tour-goers for Strasburg’s annual Holiday Tour of Homes awaited their turns to climb the stairs to the second floor of the Strasburg Antique Market, they heard oohs and aahs coming from those who had entered the Hobsons’ loft-style apartment. The combination of modern meets antiquity simply wowed the unsuspecting audience. “So many people came through,” Joy says, still surprised by the appreciative and complimentary comments she received.

While such a design is more akin to urban centers like Philly, New York and even Downtown Lancaster, the Hobsons’ home provides breathtaking views of another kind – farmland as far as the eye can see, as well as Strasburg’s quaint Main Street.
How did the Hobsons come to live here? The empty nesters decided they no longer needed a house with eight bedrooms and a pool that nobody used. “One day my husband asked, ‘Why are we doing this?’” Joy recalls. They sold the property (along with much of their furniture) and moved to their beach house, where they began to plot their next move. “My husband still had a business to run, so we’d come to Lancaster and stay in a hotel during the week and go to the beach house on weekends,” Joy explains. “That got old very quickly!”

So, they began to search for a house in Lancaster County. “We were game for anything, but we weren’t finding it,” Joy continues. “One day my husband was searching the online listings and came upon this.” 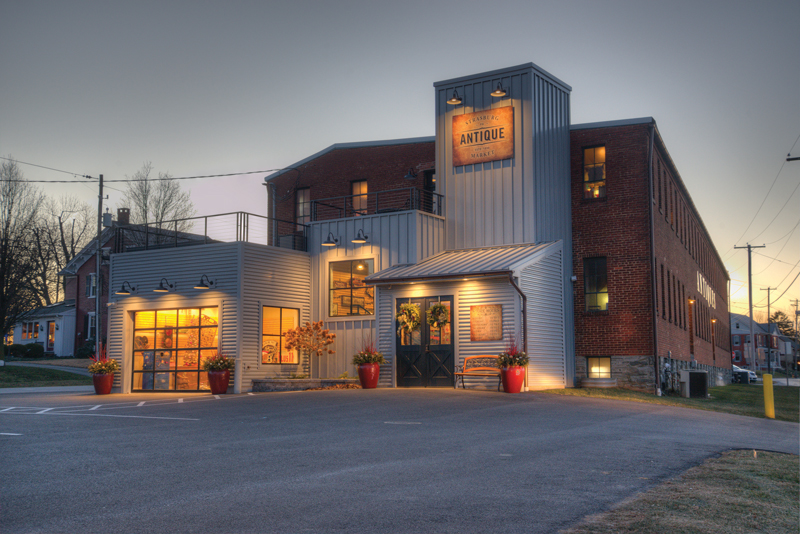 This” is a former tobacco warehouse that sits at the “Y” in the road where Main Street splits into routes 896 and 741. Built in 1898, it was situated between two train tracks, making it a perfect shipping facility for tobacco. Joy points out that a creamery once sat where the market’s parking lot is now located, and a mill stood farther down the tracks. 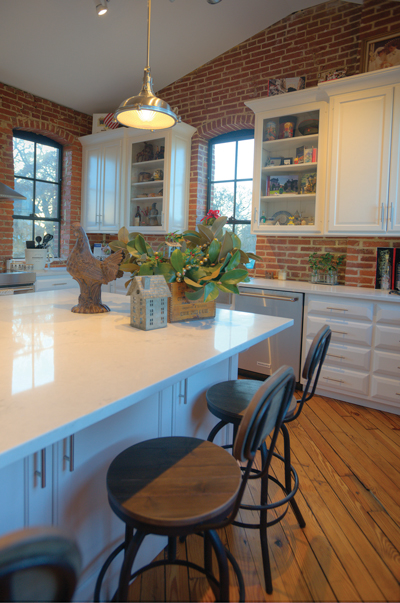 More recently, the building served as a store that specialized in all things Irish, and after its owner moved to Ireland, it became an antiques market. “There was already an apartment on the second floor, but it was much smaller than it is now,” Joy notes.
The Hobsons immediately saw potential and made an offer in January 2016. “It was easy to envision what it could become,” Joy says of both the apartment and the antiques market.

The couple worked with architect Doug Phillips to design an open-concept living area and create an “addition” that would provide space for a master suite, two bedrooms and a bath. While the design was coming to life, paneling and drywall were removed from the walls and ceiling, and carpet was pulled from the floors, revealing original brick, beams/trusses and hardwood.

Space for the addition was created by removing the freight elevator. However, the elevator was repurposed to create decorating elements, including the barn-style sliding door that separates the living area from the bedrooms and the hoist that was used to create the chandelier over the dining table. Other elements from the elevator serve as decorative accessories. 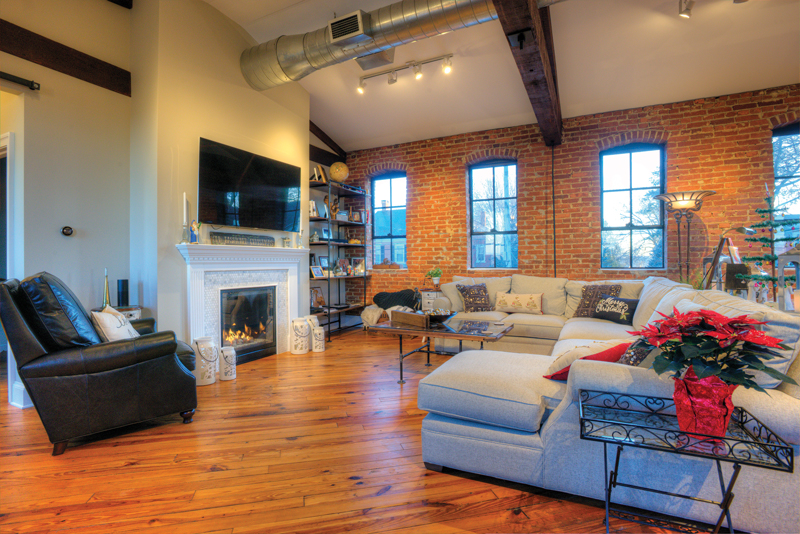 Floors were refinished and, while the original window frames remain in place, the glass in them was replaced with double-paned glass. (While it’s energy-efficient, it doesn’t eliminate the sound of Amish buggies passing by or the train whistles from nearby Strasburg Rail Road.) Mechanicals were also replaced throughout the entire building. Finally, JR Home Improvements (Paradise) built and installed the cabinetry for the kitchen and bathrooms, as well as installed a new elevator.

Through buying the property, the Hobsons added another business to their portfolio. (Their daughter, Abby, is the creative force behind Tiny Estates, a former campground in Elizabethtown that now offers travelers tiny-house accommodations.) The remodeling effort didn’t stop with the apartment. With Doug Phillips’s help, they created a more welcoming entrance to the market, including a window-filled room in which special items are displayed. The antiquated computer system was replaced. Vendors now fill the lower level, as well as the first and a large part of the second floors. 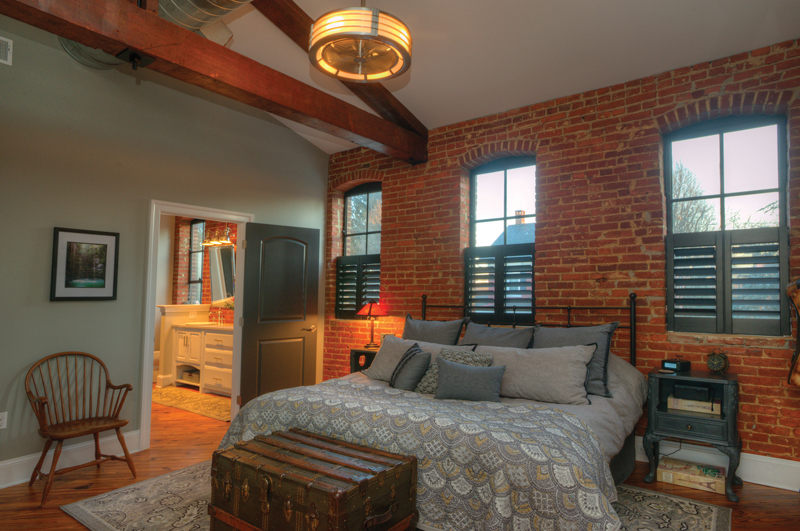 “We have wonderful dealers, and we are so grateful they’ve stayed with us,” Joy says, adding that the same sentiment applies to the employees. Business has been stellar. “People come from everywhere,” she observes, noting that Lancaster’s reputation as an antiques mecca might be explained by the fact that Lancastrians tend to stay put and are avid “collectors.”

The Hobsons are enjoying life in Strasburg. “It’s such a welcoming community,” Joy notes. “When we moved in, neighbors and other business owners would stop in to say hello.” She loves the shops and restaurants and is especially excited about the arrival of Strasburg Marketplace.

You, too, can stop by and say hello, as the Hobsons’ home will once again be a stop on the Holiday Home Tour being held December 1. 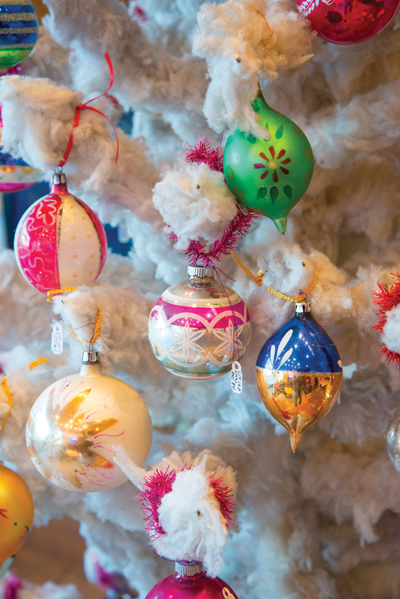 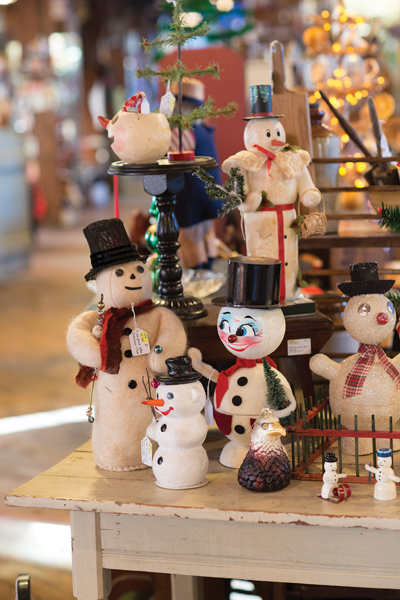 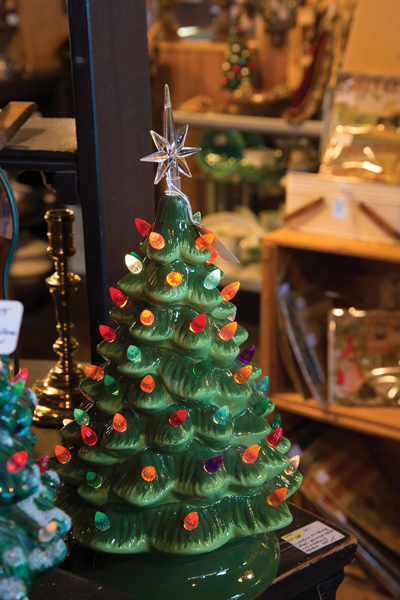 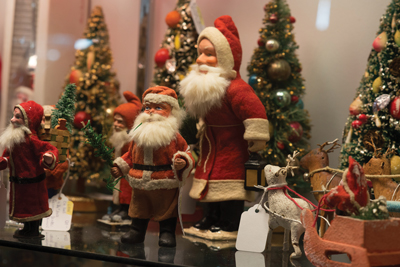 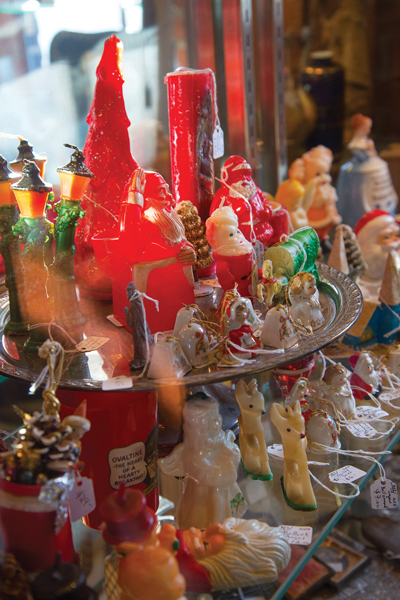 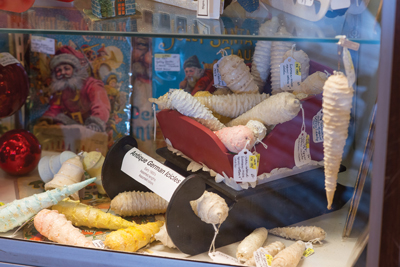 Ten homes dating to the 1700s through modern day will be decorated for the holidays. One of the stops will be a train display whose scenery was inspired by its owner’s trips through the West. The Shroy House, which is the headquarters of the Strasburg Heritage Society, will also be open during tour hours.

Also on the agenda are the Public Holiday Market (9:30 a.m.-3 p.m.), the Holiday Pantry and a silent auction, the winner of which will enjoy a colonial hearth-cooked dinner for six. Those activities will take place at the First Presbyterian Church of Strasburg, 101 South Decatur Street.

Advance tickets are priced at $20 and can be purchased through November 29 at Main Street Antiques, Speckled Hen, Java Junction and Hart Road Potters. Tickets can be purchased on the day of the tour for $25 at the First Presbyterian Church of Strasburg. Proceeds benefit the Strasburg Heritage Society.