As you may know, Engle Printing & Publishing purchased Lancaster County magazine from Brookshire Printing nearly three years ago. For the six months that followed the transaction, our home office remained on Hazel Street in Lancaster. It was convenient: a 20-minute commute and an auto mechanic around the corner.

Next, we moved to Centerville. I now had a 10-minute commute, plus our office building was located at the junction of Route 30 and Centerville Road, which made getting to appointments a breeze.

After a year in Centerville, we received the dreaded news! We would be moving to Mount Joy. While I didn’t go kicking and screaming, pouting might be more apropos. It didn’t help that when people asked where my office is located, they’d come back with “Mount J-o-o-o-y!!!!” as if I had been banished to Lancaster County’s version of Siberia.

It’s now been a year since we made the move. I’ve used that time to learn the lay of the land. I discovered travel time takes no longer than going into Lancaster. Whether I zip up 283 or take the backroads, it’s a 20-minute trip. However, I like going through town and doing my version of drive-by window shopping, so it usually takes a little longer. Traveling the backroads is definitely a nice way to end the day. By doing so, I’ve come across some wonderful mom-and-pop garden centers and farm stands. I also discovered Grandview Winery is just five minutes away from our office.

I can’t say enough about Mount Joy’s Main Street. If I need anything from potting soil to a dishwasher, I can pop into J.B. Hostetter’s. My bank has a branch in town, which is conveniently located across the street from the post office. If I need a dose of Halloween, Christmas or Easter, I can stop at Floral Designs of Mount Joy. Sheri Smoker’s Room with a View is also inspiring. A pie? Pies Galore! Candles? As the Crow Flies. Fresh produce (and more) can be purchased at the Corn Crib. Jewelry repair is as close as Koser’s. Oh, and Higher Grounds Café has the best chai and treats. If I want takeout, Isaac’s is on the way home.
In March, I discovered Keystone Pet Place. This store is fabulous! They carry the dog food Miss Paisley likes, plus they have the cutest dog park out front and a self-service dog washing facility in the back. Best of all, I don’t have to walk a mile to reach the dog food, plus what I buy is $2 cheaper per bag.

And, I can’t rave enough about the Giant. The Turkey Hill ice cream always seems to be on sale, and they have the best salad bar (it’s never empty, and they offer cauliflower and red cabbage, my faves). I’ve gone from picking up odds and ends to doing all my shopping there.

What really impressed me was how the store handled the January snow storm. In the days leading up to the storm, I stopped in a couple of times just to pick up a few things. Each time I stopped, I noticed that personnel were constantly restocking the bread and milk departments and asking customers if they could be of help. I stopped by late on Friday afternoon – just hours before the flakes were forecasted to fly – to stock up for the weekend. You would not have known a storm was approaching. The store was fully stocked, and customers were not in panic mode. The atmosphere truly equated to the calm before the storm.

Of course, I got home and realized I had forgotten a critical ingredient for my spaghetti sauce (OK, it was the jar of Ragu), so I went to another store where pandemonium reigned supreme. It made me yearn for little old Mount Joy.

This month marks the 30th anniversary of the magazine. It seems like just yesterday our former publisher, Jim Weaver, offered me the job as editor. I told him that I didn’t know anything about the world of publishing, and he assured me I would learn. Truth be told, I’m still learning! Dr. Richard L. Bitner, our gardening columnist, kicks off our anniversary year with his list of 30 things you can do for your garden. 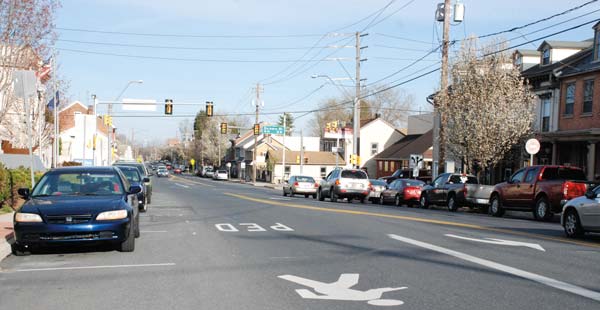