Even though this issue is literally about your health, there may be a few occasions on the horizon where you might want to raise a toast to it.

if you’re having a winter get-together – perhaps binging on past seasons of Mad Men, which will air its final episodes this spring – that will entail some simple mixology, you’ll want to consider the food you will be serving as well.

Pairing cocktails with food employs the same concepts as pairing beer or wine with food: Match weights, match or contrast flavors, or use the cocktail in the preparation.

I’ve paired three classic cocktails – the Manhattan, the Moscow Mule and a Martini – with some appetizers. If you want to channel your inner Don Draper, do give them a try. They may be just the break you need from the same old, same old. You just might be surprised by the taste some of these oldies but goodies deliver. 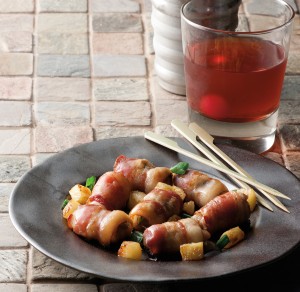 One of the most classic of cocktails is the Manhattan. Initially made with rye whiskey, sweet vermouth, bitters and a maraschino cherry, the famous cocktail is a substantial sipper. The flavors are a little fruity, yet somewhat dry, with a touch of spice.
In order for food to share the spotlight with this libation, it needs to be equally as substantial. For some reason, the combination of the rye and the cherry makes me think of Hawaiian pork barbecue. Feeling inspired, I wrapped hardwood-smoked bacon around pieces of chicken thigh and green onion. It then gets baked until crisp. Finally, the bundles are lightly brushed with a roasted-pineapple and soy glaze. There’s something about the way the subtle flavor of the cherry in the drink finishes off the “Polynesian thing” that the food provides. 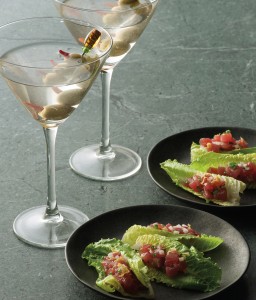 Martinis are about as classic as it gets. Of course, nowadays Martinis are made with just about anything, but the classic gin and dry vermouth combination, garnished with a few olives, is the original. The taste sensation is citrusy, herbaceous and briny and just begs for something like chilled salmon, oysters or tuna. I chose the latter: Raw, sushi-grade tuna, which is finely diced “tar tar-style” and dressed with a little olive oil, lemon, radish and chives and served in heart-of-romaine leaves, is just the ticket. A “dirty” Martini, where some of the olive brine is added along with the olives, would introduce a Mediterranean flavor. And by using chili pepper vs. pimento-stuffed olives, you would be set for that cold winter night! 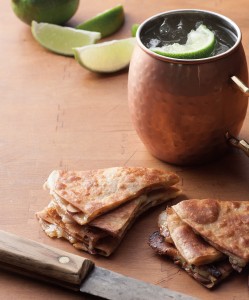 The Moscow Mule reigns as one of my new favorite drinks. Concocted in the 1940s at Los Angeles’ infamous Cock and Bull Tavern Ω reportedly it was created to help sell the newly arriving Russian “Stoli” Vodka Ω this vodka, lime and ginger-beer combination still manages to be a new discovery for many. I especially love the refreshing qualities of the ginger and lime. If possible, make an effort to use Jamaican or Bermudian ginger beer as opposed to ginger ale. Ginger beer is a little sweeter, spicier and much more flavorful.

Figuring I’d pair exotic flavors, I chose to go with “quesadilla-like” brie en crut that entails toasted almonds and apple chutney. Whole-grain honey tortillas are stuffed with the cheese, toasted nuts and chutney and are then folded in half and browned in nutty, clarified butter until crisp. The tortillas are then cut into wedges for an appetizer that’s super-easy to pick up and enjoy. Cheers! 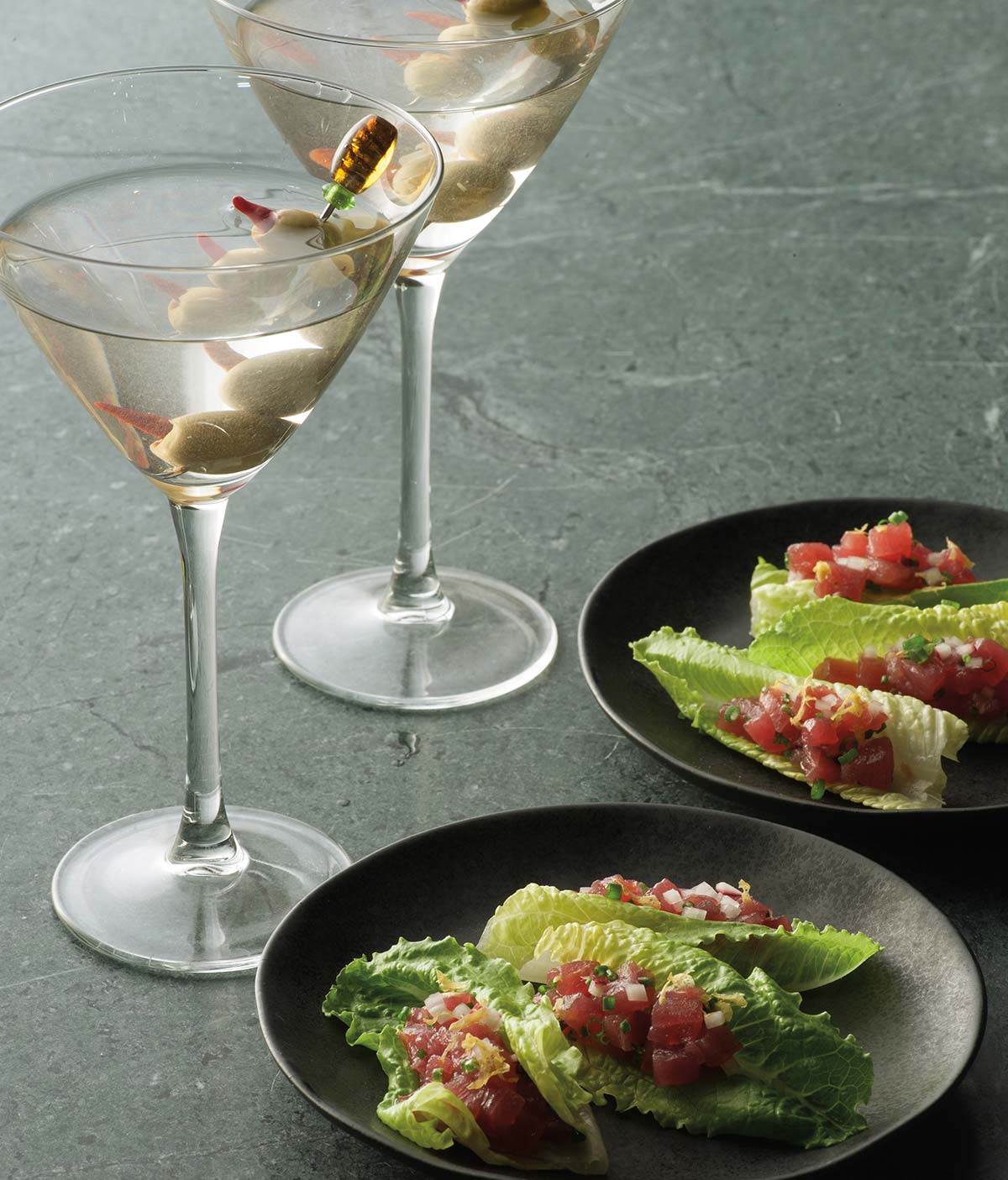