Life’s celebrations, both monumental and minor, often call for a toast. Even a simple gathering such as a casual dinner party is made more special with an eloquent, succinct and clever phrase that joins all in raising a glass to recognize the host, the guest of honor or simply the fleeting joy of being together.

Now comes the difficult part: choosing those few magical words that make a wonderfully memorable toast. If your default toast is “Party on, dudes,” or one that references the trite “eat, drink and be merry,” allow us to humbly make a suggestion: You definitely need a toast makeover.

We’re happy to provide you with our toasting primer. Let’s get started!

The best toasts are the briefest. Unless you’re being paid millions to share your wit – even Academy Award hosts work from professionally written scripts – you can use an editor. Weeks before the event, let someone take a look at your remarks, and invite them to edit. Do you recall anyone ever saying, “I wish he had stayed up there longer and said more?”

At a complete loss for words? Cue the ghost writer.  According to a recent New York Times article, the Brooklyn-based company Oratory Laboratory will craft a toast for you, based on a lengthy questionnaire about the subject’s likes and habits. Across the nation, ghost-writing “toast whisperers” are cropping up in larger cities and charging $500 and up for the service of untying the tongue-tied. Their most frequently used skills? Organization of rambling thoughts and censorship.

Which brings us to self-control. Please be professional. Think of who else will be listening besides the person – your BFF – being toasted: his or her boss, co-workers and Aunt Martha. Hey, it’s your friend’s brand you’re toying with and nowadays toasts live on, thanks to social media. And, oh yes, it will be posted. In the YouTube universe, your toast will outlast the event’s gorgeous centerpieces, the splashy food stations and the open bar. And speaking of the bar . . .

Keep your distance, pre-toast. No vodka-fueled toast has been an improvement over the original, composed-when-you-were-sober version. Don’t go rogue – stick to the plan. Spontaneity is not your friend, and neither is that third beer to “loosen you up.”

Don’t “just wing it.” Rehearsing your comments won’t destroy the sincerity factor. Rehearsing will help you lose the umms, uuhs, and, like, you-knows.

Don’t try to be the next Jerry Seinfeld. You weren’t asked to give the toast because you are a comedian. You were chosen because you have a special and enduring relationship with at least one of the celebrants. If the hosts wanted a stand-up comedy act, they would have hired one along with the band.

Don’t be too serious. We’re not suggesting that you eliminate humor from your toast. Just be sure to balance it with sincerity – experts recommend 70% humor, 30% sincerity. What’s not funny? References to money (how much the wedding cost), and stories relating to that time “you all got so wasted and  …”

We understand you want to leave the party thinking, “People were talking about my speech during the entire reception.” Just make sure they will be talking about it for all the right reasons: because it was eloquent, succinct, clever and, most of all, touching. 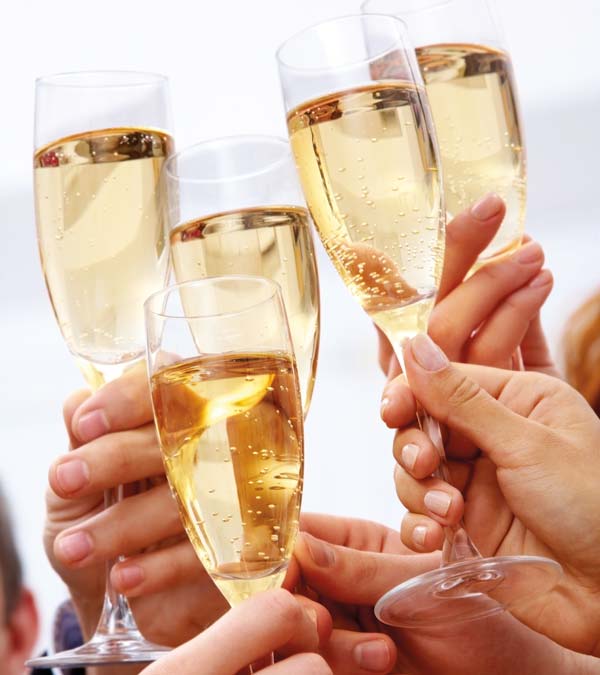