At a young age, Megan Sofilka Tomsheck – chairman of the 62nd Annual Lancaster Sertoma Chicken Barbecue – was always encouraged by her family to be involved in school, extracurricular activities and within the community. That encouragement has followed her throughout her life.Hometown: Megan was born and raised in Lancaster County and hails from the Millersville area.

She graduated from Lancaster Catholic High School in 1998. Megan was enrolled in a dual degree program and went on to earn a Bachelor of Arts in English Writing Journalism and Communications from the University of Pittsburgh.

s a child, Megan participated in numerous activities. She played soccer for many years, from the time she was a youngster through her high school years, and was active in the Girl Scouts. At age 14, Megan informed her parents, Cathy and Jack Sofilka, that she wanted a job. At that time, her parents told her she was too young and inexperienced for a company to hire her; therefore, they persuaded Megan to look at volunteering options. “So, I volunteered at Rock Ford Plantation. I was a docent (a tour guide) there … because I wanted to do something that would keep me busy,” Megan fondly remembers. She also had babysitting gigs that helped pay her wages through high school summers and even during her college years.

The Apple Doesn’t Fall Far From the Tree:

Megan credits her parents for her active and benevolent upbringing. She tells how her mother started working for a nonprofit organization after years of volunteering.

Megan recalls going through her closet as a kid and donating clothes to Goodwill and toys at Christmas. “I guess the way I was raised to give back and help other people was kind of instilled in me without really knowing it,” she says. “I had always been encouraged to give … and it just kind of became part of my everyday life.”

How Did I Get Here?

Before moving to Pittsburgh to attend college, Megan confessed that she wanted to become a lawyer like her father. After he casually talked her out of wanting to follow in his footsteps, Jack brought to light her love for writing, which she says eventually evolved into her degree in writing and communications. “Even through college, I never thought I’d be at a nonprofit. I was going to be at a PR firm or in some big city, and that’s not how it turned out, but I wouldn’t change a thing.”

Megan remained in Pittsburgh for a year after she graduated before deciding to move back to Lancaster. She explains how she looked and applied for jobs in the public relations domain while living in Pittsburgh but says no one would hire her without previous experience. Her first job after returning to her roots was in retail management, but that didn’t last long before she snagged a job as a freelance writer for the alumni department at Millersville University. A coworker of Megan’s at MU told her about a position opening at the Susquehanna Association for the Blind and Vision Impaired (now known as VisionCorps). After submitting a resume and being called in for an interview, Megan was “hired on the spot” as the agency’s marketing coordinator.

The Right Place at the Right Time:

She held that position for a year while at the same time the company’s foundation was being established. “The former president of VisionCorps, who was then presiding over the foundation, asked me to join him as the director of marketing and programs for the foundation,” Megan recalls. “I was in that role for two years, and then he retired, and I applied for that and was hired to replace him.” Megan has been the Vice President/Chief Development Officer at VisionCorps Foundation for five years and says she loves it. “Working here, seeing the difference that is made when the community comes together to support a mission – and our mission is to empower individuals who are blind to attain independence – and the challenges that are overcome because of the support from the community and the changes in these people’s lives, it’s all very rewarding.”

Megan says that VisionCorps not only has a great managerial team, allowing its employees flexibility to reach their goals and engage in creative thinking, but it also encourages its employees to become involved within the community. Megan was already involved with the Lions Club, but she wanted to join another group. “A neighbor, who’s in Sertoma, kind of recruited me to join,” Megan says. “It’s a good service club, and it just fits in well with my schedule.”

As soon  as an individual becomes a member of the Sertoma Club of Lancaster, Megan says he or she is automatically enlisted to take part in the ever-so-popular annual chicken barbecue. She joined “the World’s Largest Chicken Barbecue” crew five years ago when she joined the club. During her first two years, Megan unloaded the chickens from the crates. A year later she found herself on the Barbecue Committee, where she has remained for the past three years: first year as co-chairman, second year as chairman and this year as chairman. Normally, each year brings a new chairman for the event, but having the same chairman consistently for two years is a first for Sertomans.

Not My First Rodeo:

Megan agreed to take on the challenging task again for a second year in a row. Being deprived of sleep, directing hundreds of volunteers, checking and rechecking sponsorships, meal contents and other hassles do not keep Megan from enjoying the end result: providing monetary support for Lancaster’s Long’s Park to benefit its beautification, upkeep and expansion, as well as financially supporting speech and hearing impaired programs, children “at risk” via Kids’ Kamp, the Interpretive Trail, and other programs. “The barbecue is a year-long event that culminates into one day of active work, nonstop work. The atmosphere at the park for the week leading up to the barbecue is just a rising energy,” Megan enthusiastically recounts. “When you pull into the park at night and see the pits lit up, you just get this adrenaline rush. And, it goes for the next 24 hours. You’re up all night, there all day, and it just doesn’t stop. … There is so much work that goes into it, but to see the results with the money that we raise to support the park makes it all worth it.”

Megan has been attending the chicken barbecues since she was a young girl. She remembers the long lines, sitting in her parents’ car and waiting to pick up the tasty dinner. A lot has changed since then, Megan says. Her committee and approximately 500 volunteers will work to put together and sell 26,000 dinners this year. Megan says the barbecue’s “crunch time” is usually in March, with ticket sales going on in April and finally having the barbecue in May.

Heading the event two years in a row has been an advantage for Megan, and she is setting her sights on new goals. For instance, she helped to add two new meal components to the menu this year: Charles & Alice Applesauce and Hershey’s Twizzlers candy. Also, the chicken dinner will receive a 1-ounce bag of a Herr’s snack rather than a 0.5-ounce bag from previous years.

Last year’s barbecue raised $92,000, but Megan set a goal of wanting to raise more than $100,000 for this year’s festive occasion. “I think I bring some energy and new ideas that are supported by the committee, and we just need to keep improving it every year and to not be set on cruise control. … It has become a tradition for families, and we just want to keep it that way, where the quality and what they come to expect from it doesn’t get stagnant but just keeps improving.”

What Do You Do During Your Spare Time, If Any?

Megan married husband Ryan Tomsheck this past December. She says they enjoy traveling to different places over long weekend breaks or during weeklong vacays. They have three dogs – Buddy, Rooney and Charlotte – and delight in spending time with family and friends. Megan is also involved in the Court Appointed Special Advocates (CASA) program where she is a court-appointed volunteer advocate for abused and neglected children. She loves helping people any way she can, whether it is making a difference in a community through clubs or making a difference in the life of one individual through various programs.

The 62nd Annual Lancaster Sertoma Chicken Barbecue will be held Saturday, May 16. Hours are 10 a.m.-6 p.m. Tickets may be purchased in advance for $8 at all Lancaster County Turkey Hill Minit Markets or from Sertoma members. Day-of tickets will be available in Lancaster’s Long’s Park (Harrisburg Pike and Rt. 30) for $10. For more information: lancastersertoma.org, lancastersertomabbq.com or Facebook. 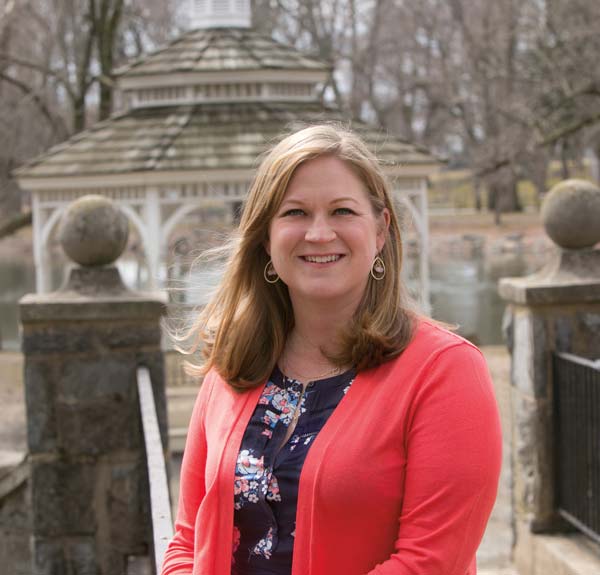