Throughout a sunny Saturday in September 2021, approximately 7,000 people strolled into the New Holland Community Memorial Park for the Latin American Festival. At first, the pairing between the small-town venue in rural eastern Lancaster County and an international event seemed a bit unusual, but it turned out to be a perfect fit. 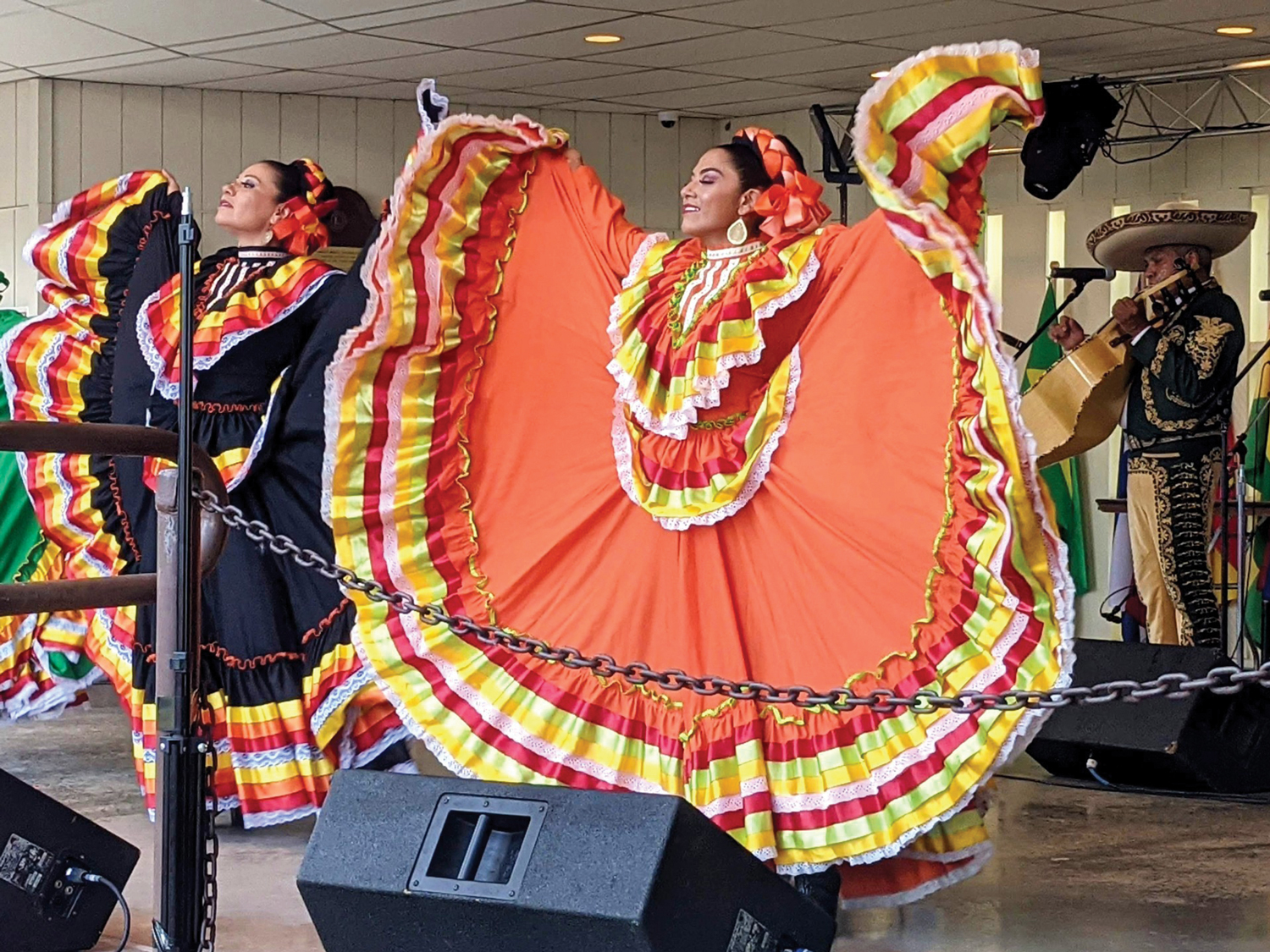 The county’s premier Latin American celebration, which had packed 15,000 attendees into Long’s Park in 2019, was looking for a new home after a Covid-respite and New Holland turned out to be a perfect and welcoming fit. “We couldn’t ask for anything better than the way [New Holland Borough] received us, the way they treated us, the way they helped us out. It was beyond, beyond, beyond expectations,” says Jaime E. Zabala, the founder and president of the Latin American Alliance. “We felt so welcome from the very beginning.”

The festival, which provides an entire day’s worth of music, food and fun inspired by a host of Latin American cultures, had its beginnings in the early 2010s. When Lancaster City’s most well-attended cultural event, the Puerto Rican Day Parade, came to an end after more than 30 years, Jaime and other Latin American leaders noticed a lack of events representing the diverse cultures of the community. He then set out to create a not-for-profit organization that would maintain, develop and share traditions and values of the many Latino cultures. According to the United Nations, 33 countries define Latin America, including Jaime’s native Ecuador. 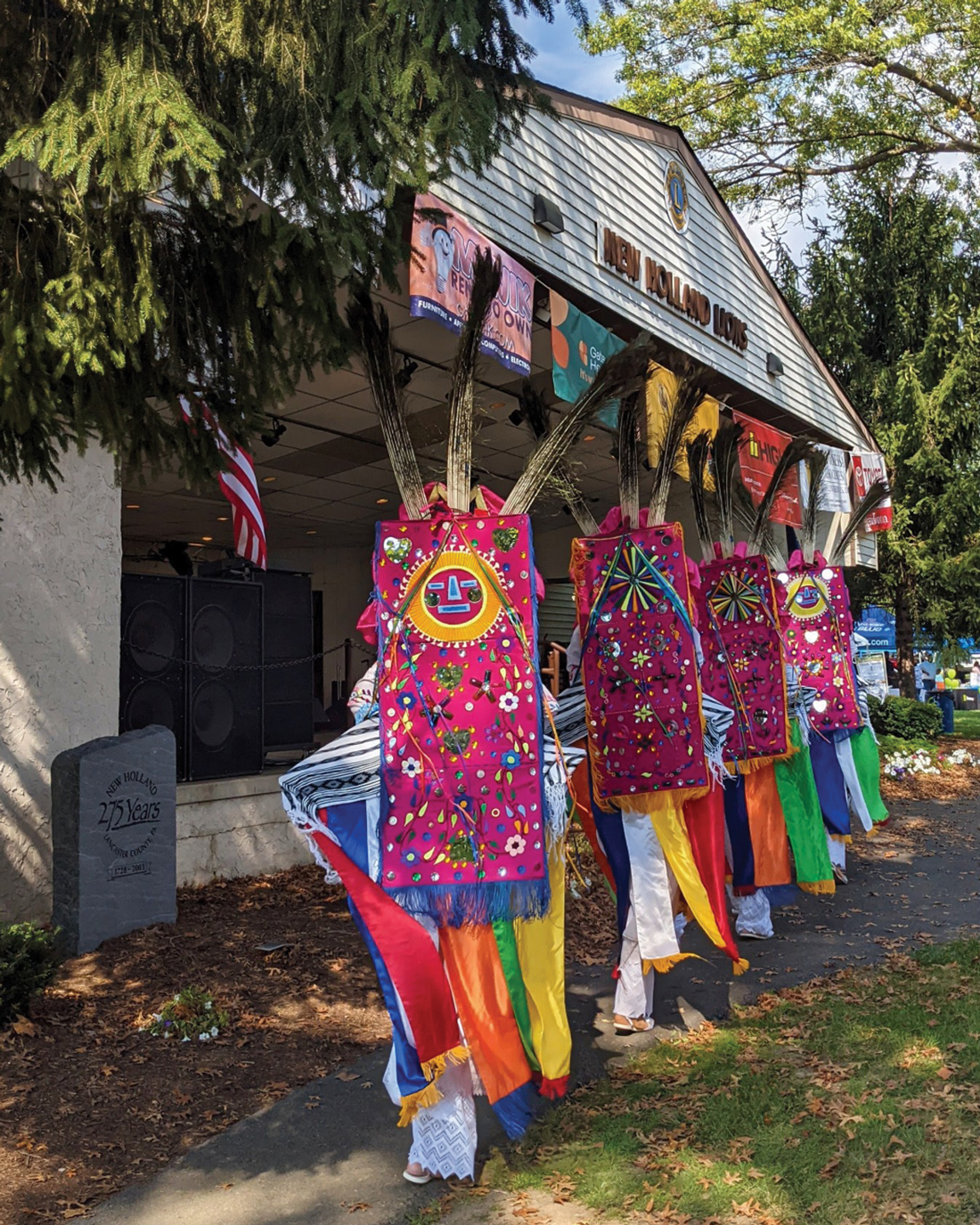 An Ecuadorian dance troupe prepares to take the stage.

“Being married to someone who is from the United States – Lancaster County actually – and having two children, we thought it was important for them and other children to have something where they can learn about the roots, traditions and cultures of all Latin American countries,” Jaime says. “I introduced the idea of working together [with other organizations and community members] to create a parade, but in the end, no one was really interested in a parade. Then the idea for the Latin American Festival was born. I had never in my life organized a festival.” 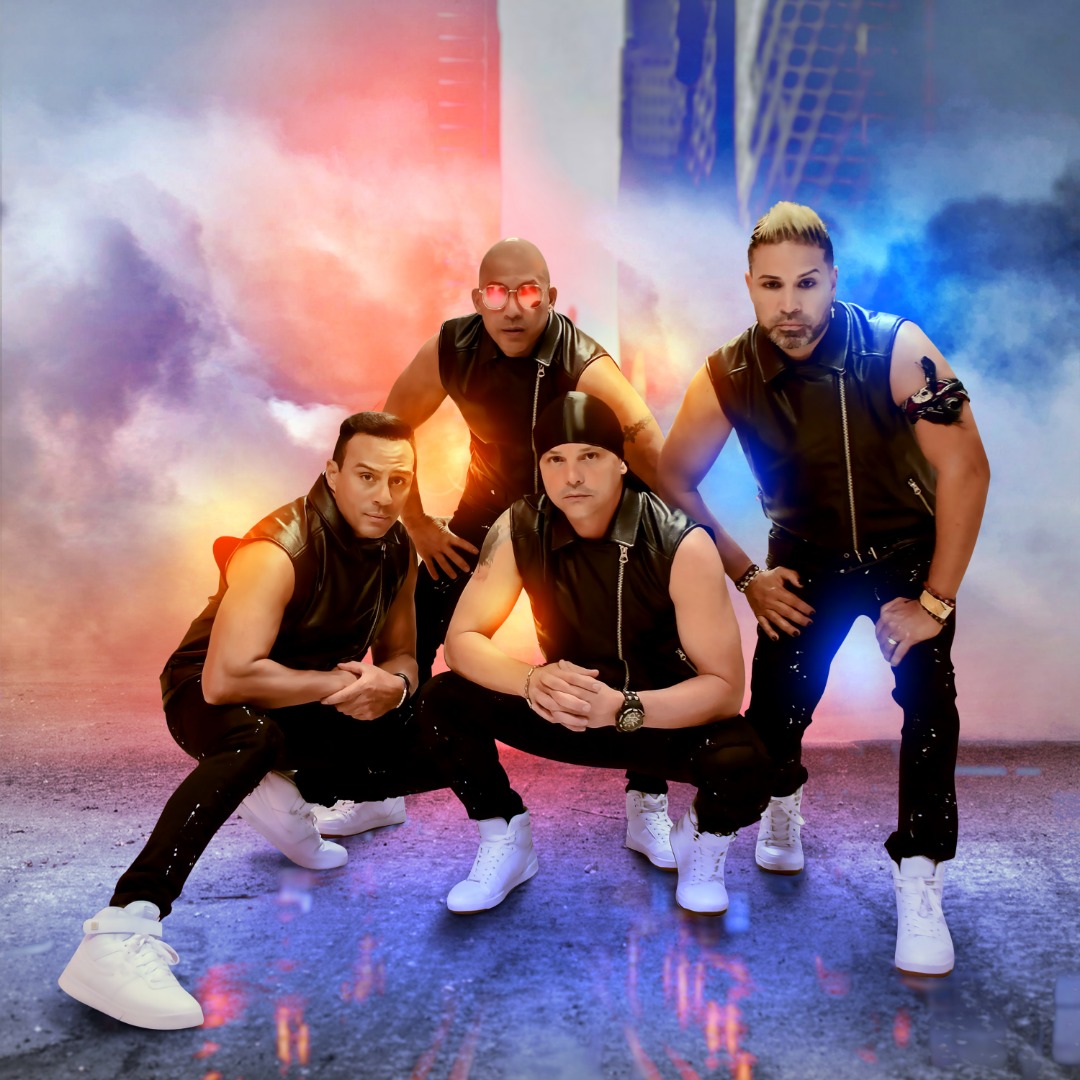 Grammy Award winner, Grupo Manía from Puerto Rico, will be this year’s headliner.

Despite Jaime’s amateur status in festival organization, the first Latin American Festival took place in Lancaster City’s Binns Park in 2013 and immediately filled a cultural void. Having attended the 2013 event, I can agree with Jaime describing the first festival as a “great success.” The event grew in popularity each year and eventually outgrew the downtown location, prompting a move to Long’s Park. After a hiatus in 2020, Jaime started looking for a venue that was both intimate and could handle the crowds he hoped to attract. He was familiar with New Holland Community Memorial Park because he had lived in the Borough for several years. By choosing New Holland, Jaime could show how the festival is a county-wide event.

“This is an event organized by a group of Latinos, but it is for the entire [Lancaster County] community,” says Jaime, who throughout our chat could not put enough emphasis on the fact that the festival is a family-oriented event. “For Latinos, family is a very important part of our culture.”

Although the largest, the September festival is not the only event the Alliance holds. Throughout the year, Alliance committee members are busy with a student Spanish Literature Contest, Miss Hispanic scholarship programs and the Sharing the Culture educational music workshop. “The Latin American Festival is our signature event,” Jaime says. “It started everything.” The festival, which is being held September 17, coincides with National Hispanic Heritage Month, which runs from September 15 to October 15. 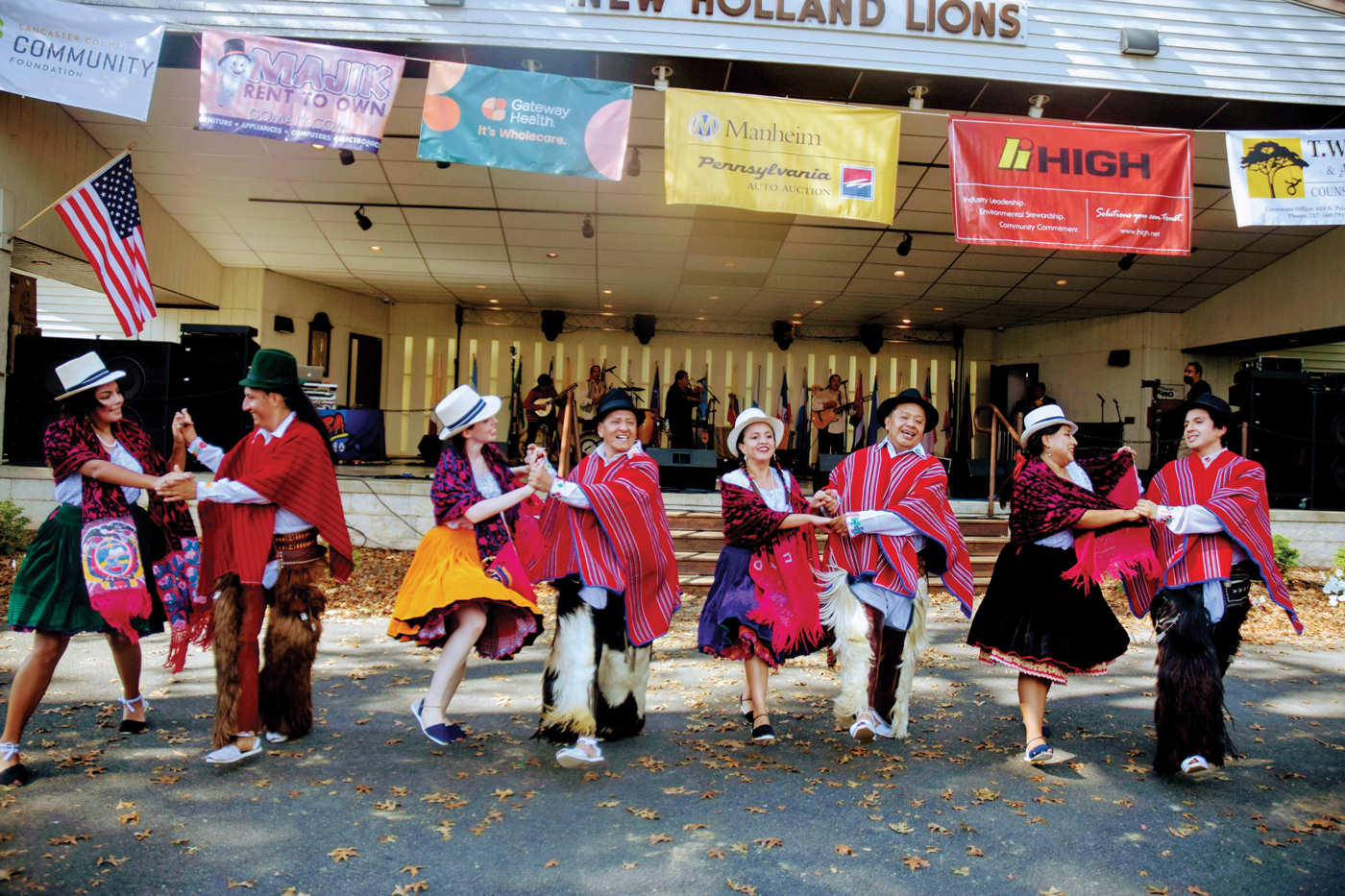 When it comes down to it – and the reason I try to attend every year – the festival is about music, food and family fun. Once again, the musical lineup for this year’s festival is stellar! This year’s event will begin with the opening ceremony, Latino flag presentations and The Star-Spangled Banner performed by Then Sings My Soul from Strasburg. The day will include performances by Puerto Rican dance group Danza Fiesta from New York City and an appearance by an Argentinian tango group. Jaime encourages everyone to learn some new steps.

The flags of Latin countries are presented during a ceremony that’s held at the start of the day. Photo courtesy of Latin American Alliance.

Next to take the stage will be a mariachi group with accompanying dance troupe, then local balladeer Rammiro de Colombia, followed by the U.S. Navy Band’s Cruisers, an eight-piece “contemporary entertainment ensemble” formed in 1999. “You have to be a great musician to be in the U.S. Navy Band. They play all types of music, but for the festival they are going to try a lot of Caribbean rhythms,” says Jaime. “I don’t like to say this year is going to be better than last year. Every year we try to do the best possible based on what we have. But, we always conclude with a famous artist, and this year we have a three-time Grammy winner.”

Urbanda, a large and fast-paced merengue típico band, will be opening for the headliner, Grupo Manía. Grupo Manía formed in Puerto Rico in the early ’90s and has produced many merengue hits. Since 1993, Grupo Manía has released 16 albums. 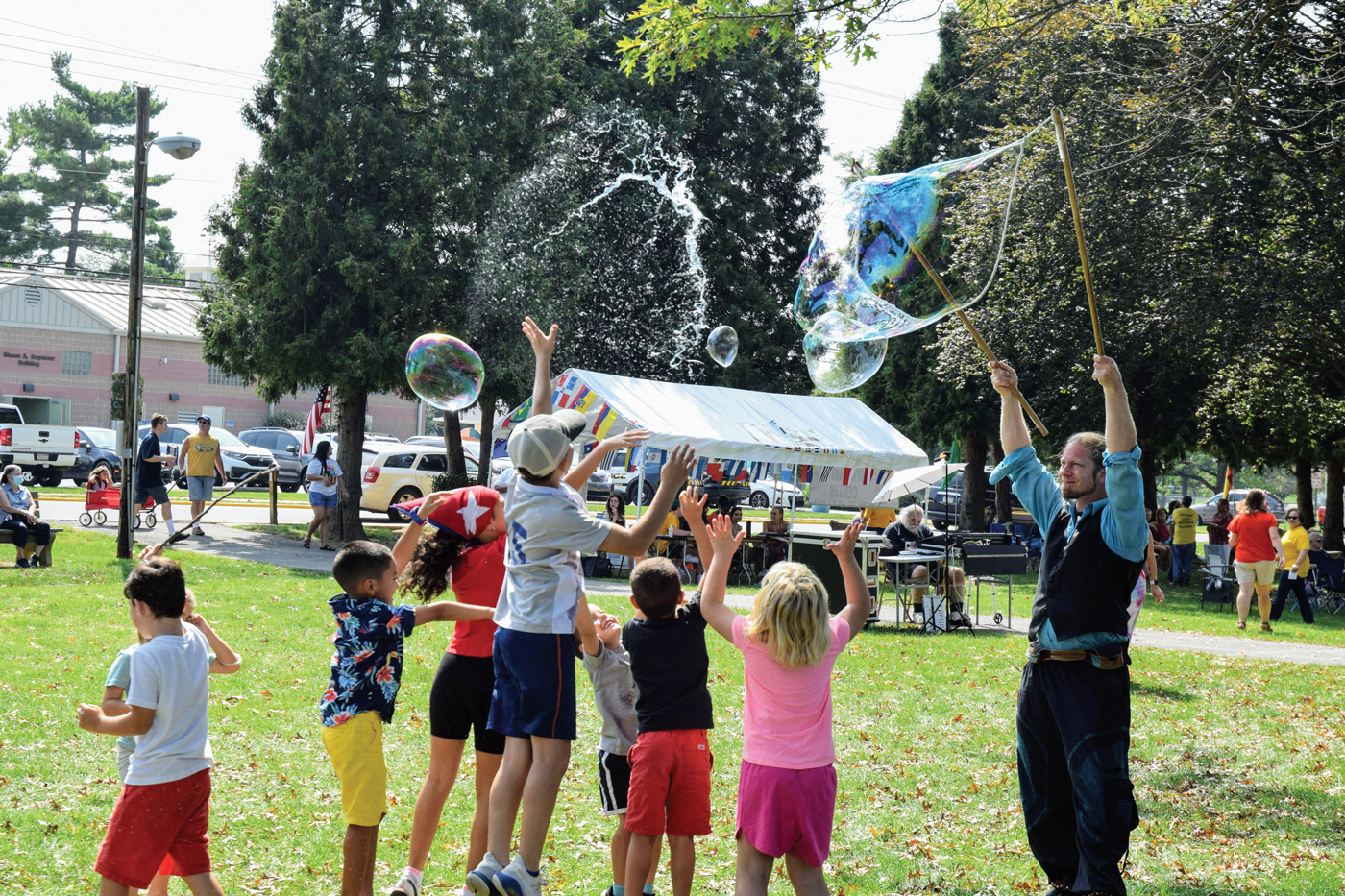 The festival is family-oriented and offers activities for children of all ages.

“You’re going to see a bigger crowd this year because of Grupo Manía,” says Jaime, who hopes to top the 10,000-visitor mark. The event will also have a wider variety of food vendors for what Jaime expects to be a bigger crowd. And he made sure to remind me about the children’s entertainment going on throughout the day all over the park. He reiterates, “This is a family-oriented event and a cultural gift to the community.”

Best of all, it is free. I will see you at the park along Jackson Street in New Holland!

This year’s festivities will start at noon on Saturday, September 17, and run until 8 p.m. The park is located at 400 E. Jackson St. in New Holland. For more information, visit latinamera.org.