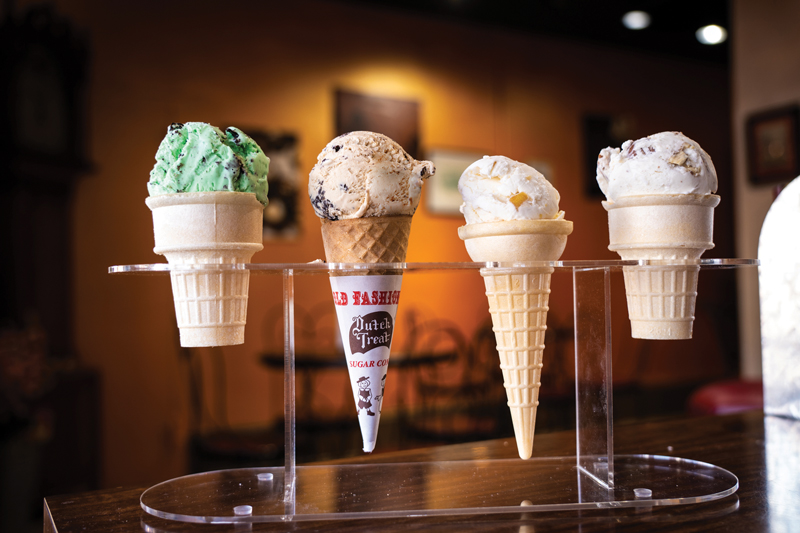 Fans of the ice cream made by the Penn State University Berkey Creamery no longer have to travel to State College for a taste of one of Pennsylvania’s most famous confections. There is now a Lancaster City connection – Miesse Candies has returned to its roots and is home to an ice cream parlor that features Penn State’s iconic ice cream. 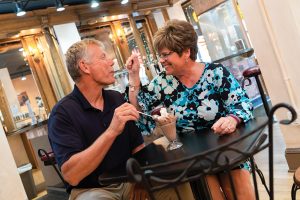 Fans of the ice cream made by the Penn State University Berkey Creamery no longer have to travel to State College for a taste of one of Pennsylvania’s most famous confections. There is now a Lancaster City connection – Miesse Candies has returned to its roots and is home to an ice cream parlor that features Penn State’s iconic ice cream.

Mention the word “candy” and people instantly envision chocolate. However, chocolate for the masses didn’t go mainstream until the years following World War I. In fact, Roy Miesse, whose father, Daniel Miesse, began operating a confections shop in Lancaster in 1875, remained in Europe following the war with the intent of learning all he could about making chocolate. “He toured confectioners’ homes and shops,” explains Tracy Artus, who has owned Miesse since 2010.

Initially, Miesse sold items such as caramels, taffy and peanut clusters. He also made his own ice cream. Chocolate was eventually added to the menu, and Miesse became a local sensation, growing to as many as eight stores and specializing in chocolate candy that was made from only the purest of ingredients. “We’ve always been a Wilbur-based company,” Tracy remarks.

“At the turn of the [20th] century, there were probably 30 candy stores operating in Lancaster,” Tracy notes. Miesse is one of the last to carry on the tradition, making it one of the oldest, continually operating confection companies in the country. “We have 200 different candies,” Tracy explains, adding that confections made from milk, dark and white chocolate are Miesse’s signature products. Custom and specialty items for celebrations such as weddings, corporate events and gift-giving have become a Miesse trademark. 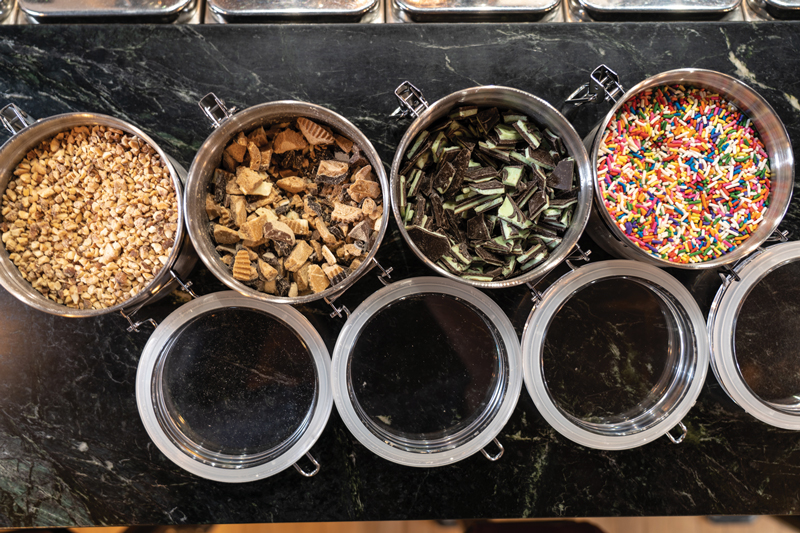 Ten years before Daniel Miesse began making ice cream, Penn State University launched its dairy research program. Regarded as the oldest college creamery in the nation, the operation was originally housed in barns located behind what is present-day Old Main. In 1889, the creamery was relocated to a newly constructed building that provided for a cream-ripening room, office space and working areas. By 1892, Penn State had become the first collegiate institution in the country to offer a short course for those interested in learning how to make ice cream.

Further progress accompanied the arrival of the 20th century. The newly built Patterson Building allowed milk-processing operations to increase; research and development contributed to the introduction of pasteurized milk. The university also added the Dairy Manufacturing major to its curriculum. By 1932, 300 area dairy farms were supplying milk and cream to Penn State’s dairy operation, which serviced customers in the State College/Altoona region.

Ice cream became Penn State Creamery’s best-known product, which prompted the university to open a retail shop on campus. With the debut of “gourmet” ice cream in the 1980s, the creamery’s renown grew. Even Ben Cohen and Jerry Greenfield came calling – via a $5 correspondence course.
In 2006, after a decade of planning, the state-of-the-art Rodney A. Erickson Food Science building opened. It became the new home of the ice cream shop, whose name lengthened to the Penn State University Berkey Creamery in honor of two donors, Jeanne and Earl Berkey, whose Berkey Milk Company made it a practice to hire Penn State graduates. Martha Stewart toured the creamery as did The Food Network. 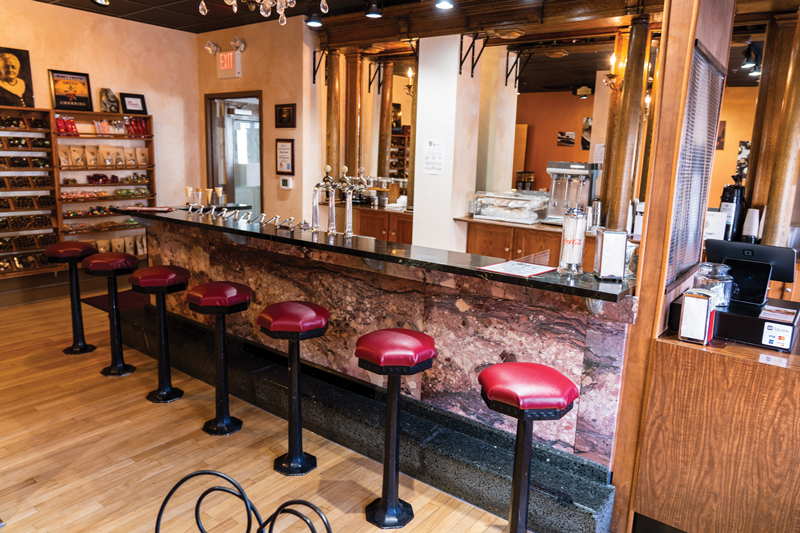 Penn State’s ice cream has only continued to garner more fans through cyberspace – the creamery’s products are shipped to 48 states on an annual basis. The menu has grown to include 120 flavors, 20 of which are in rotation at the shop at any given time. One flavor, Peachy Paterno, was named in honor of the football team’s second national championship in 1987. 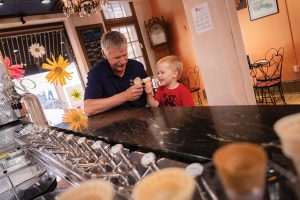 The process hasn’t changed all that much in the last 153 years, as it still takes four days – milking to finished product – to produce ice cream. The recipe still entails four main ingredients – milk, cream, sugar and stabilizer. Penn State takes pride in the fact that every scoop of ice cream supports education, research, development and the community.

It seems only natural that Tracy Artus would choose ice cream from Penn State to serve at Miesse’s new ice cream parlor. Giving back and supporting the community are part of the reason why Tracy and her husband, Bob, bought the business. Fundraising functions across Lancaster County either have Miesse products on the menu or are part of silent/live auctions. “I love to help people,” Tracy says. 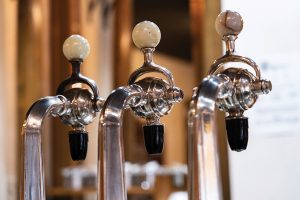 A graduate of Lancaster Catholic High School, Tracy grew up eating Miesse’s candies. She became a Miesse employee as a result of visiting the Willow Street store just prior to St. Patrick’s Day. “The woman working there looked frazzled,” she recalls of the store’s hectic, pre-holiday pace. Still, Tracy was intrigued and thought it might be fun to work in a candy store, so she applied for a part-time position. She parlayed her background in human relations into growing Miesse’s wholesale business. By the fall of 2010, she was a co-owner and three months later, she became the sole owner (the last Miesse family member had exited the business in the 1980s). 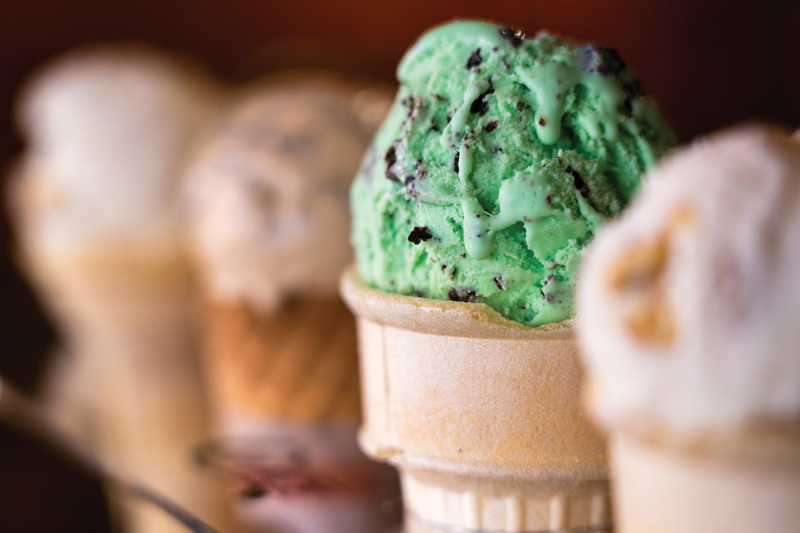 Tracy says her biggest challenge was convincing the public that “we’re still here.” Candy lovers assumed Miesse no longer existed in the aftermath of a devastating fire that occurred at the factory on Lafayette Street in 2006. Shuttered stores and a lack of advertising and marketing only reinforced the public’s notion that Miesse had closed.

Tracy went to work growing the menu and becoming the face of Miesse. Five years ago, she moved the entire operation to North Water Street. At the time, the location wasn’t exactly high-profile, but today, the block is bustling. “We consider ourselves part of Gallery Row,” she says, noting the store is surrounded by galleries and restaurants. Lancaster Marionette Theatre is a few doors down, while Zoetropolis Theatre and Columbia Kettle Works are opening ventures at the other end of the block. The upper floors of the 125-year-old repurposed tobacco warehouse are home to Steeple View Lofts, which is operated by Landis Homes and is geared to residents over the age of 55. 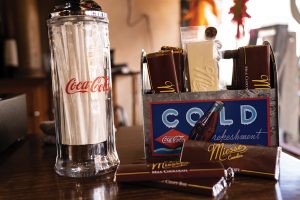 And, Tracy also began opening satellite locations, including Central Market and the new Lancaster Marketplace, which replaced the store in Overlook Park. Located in Hawthorne Center, Lancaster Marketplace is a consortium of other food-oriented shops offering “fresh, local and artisanal” products. It’s located in the space that was vacated by Alfred Angelo.

The ice cream venture was always part of Tracy’s game plan. “We needed something that wasn’t geared to holidays,” she says, referring to the big three candy-driven days on the calendar – Christmas, Easter and Valentine’s. Six months of the year it’s a feast (they will begin gearing up for Christmas this month), while the other six can be near-famine for stores such as Miesse. 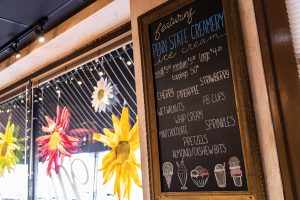 Tracy began exploring her options. Her goal was to bring high-quality ice cream made fresh with no preservatives to the city. Friends recommended Penn State’s ice cream, so she and Bob took a day trip to taste the toast of the Nittany Valley. The Penn State University Berkey Creamery agreed to sign on with Miesse.

Because of the long tenures of both Penn State’s creamery and Miesse, Tracy deemed that the look of her ice cream parlor would be important. Tracy acheived that goal when she was gifted a vintage soda fountain by the Shultz family of York. Its original home had been the Shultz Drug Store. It then spent another part of its life in the retail shop at Wolfgang Candies before finding a new home at Miesse Candies & Ice Cream Parlor. 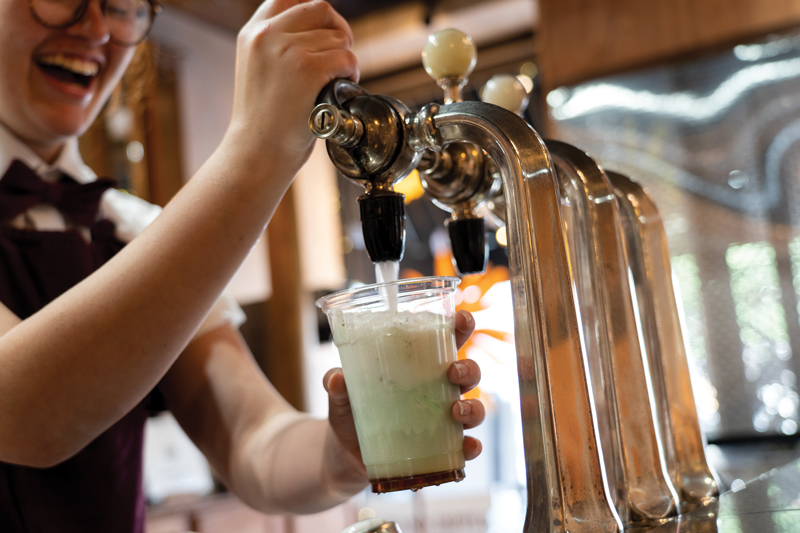 In need of some TLC, she and Bob drove the fountain to the American Soda Fountain Company in Chicago, where it was serviced and restored. “The job took a year,” she notes. While the soda fountain was being restored, Bob took charge of customizing the antique mirrored backbar for the space. “None of this would be possible without him,” Tracy acknowledges.

Tracy sees the ice cream and candy complementing each other. Topping selections for the ice cream include Miesse candies. And, Tracy hopes that visitors to the ice cream parlor will be inspired to take a candy treat home with them.