Valentine’s Day is all about chocolate. But what happens if your significant other dislikes the “most popular sweet treat” in the world? Options do exist! 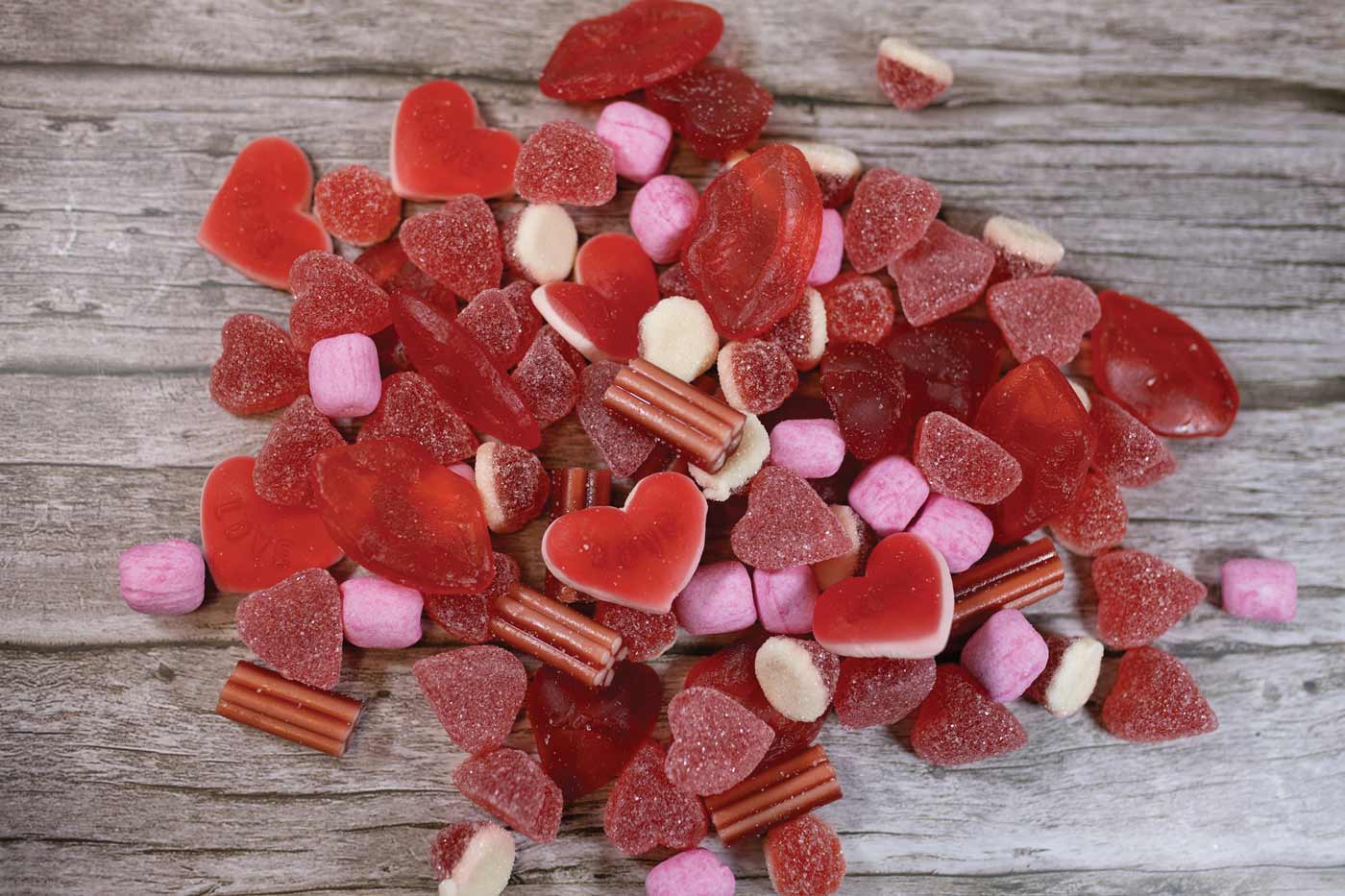 Love and chocolate – the connection goes well beyond our modern affixation to February 14, Valentine’s Day. In the 5th century B.C., when a mere 100 million people were estimated to inhabit the Earth, the Mayan people were roasting cacao beans and grinding them into a paste mixed with chiles and cornmeal. This base was turned into a warm drink, which we may associate with hot chocolate today.

Aztec Emperor Montezuma II was said to consume mass amounts of chocolate to increase his libido, something science would later connect with small amounts of tryptophan and phenylethylamine found in the tasty product. Chocolate was forever bonded with love.

Europeans embraced drinking chocolate in the 1600s, and “eating chocolates” was marketed to those celebrating St. Valentine’s Day by British confectioner Richard Cadbury, who introduced the world to chocolate-filled, heart-shaped boxes in 1868.

Alas, not everyone loves chocolate. I set out to find some ways to satisfy the sweet tooth of love by visiting a few Lancaster County sweet spots and exploring their non-chocolate options. 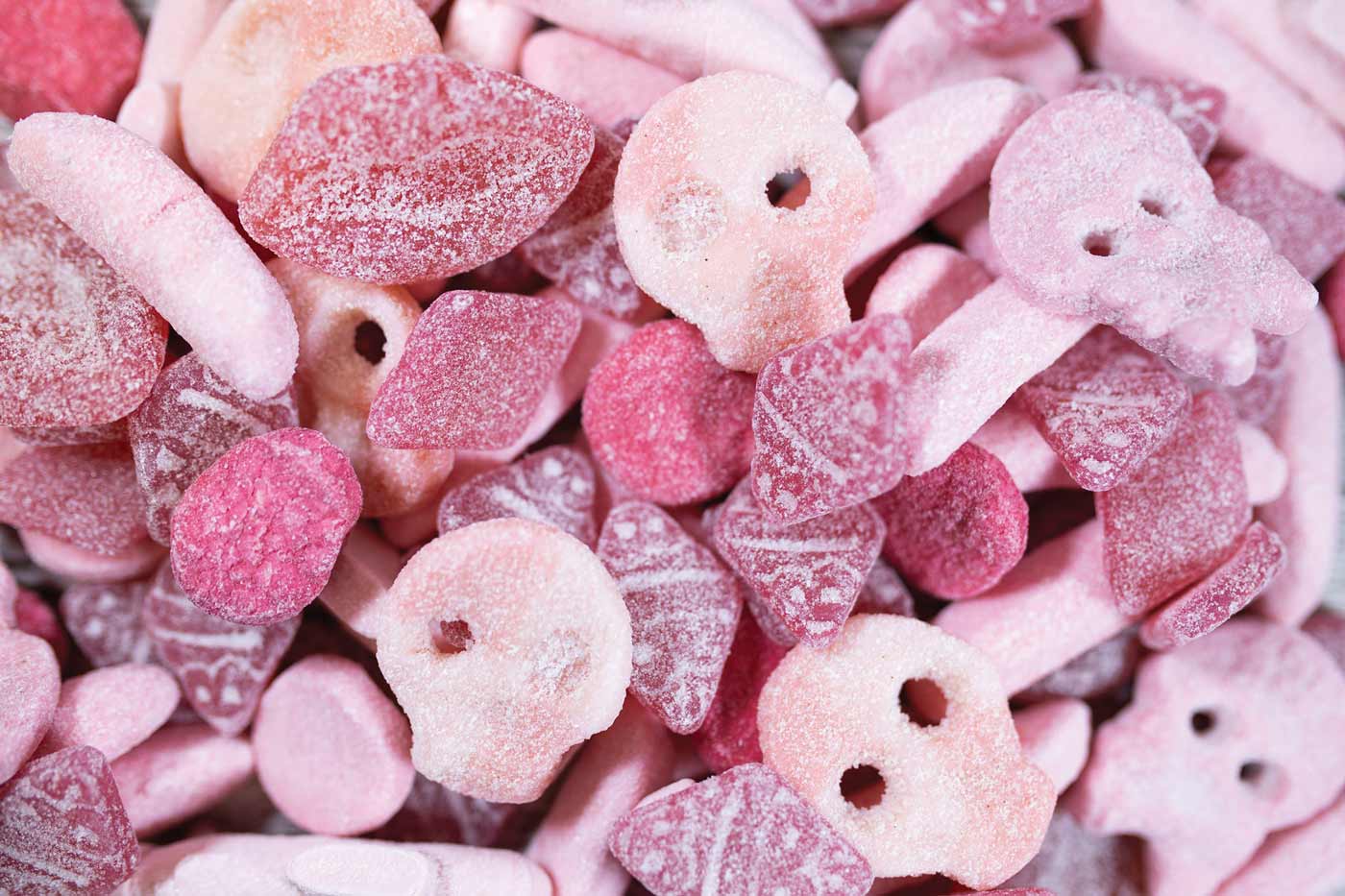 My personal favorite go-to place for filling my own stash of candy is Sweetish on the 300 block of North Queen Street. There are two reasons why that is so. One, I have an affinity for all things northern European. And two, I love black licorice.

Sweetish is a play on Swedish, as the primary source for the candy in the bins adorning the wall is the Scandinavian country. It’s not all Swedish Fish, either. A variety of gummy candy can be found for all ages, interests and tastes. Here, you’ll find candy bars from Iceland, and a selection of drinks from Swedish cola-maker Apotekarnes and others. There’s also a big selection of vegan candy. Some new arrivals to check out include Läkerol Dents (a chewy, caramel mint), Yoghurt Jordnötcluster (yogurt peanut clusters), and potato chips from Swedish maker Gotlandschips. 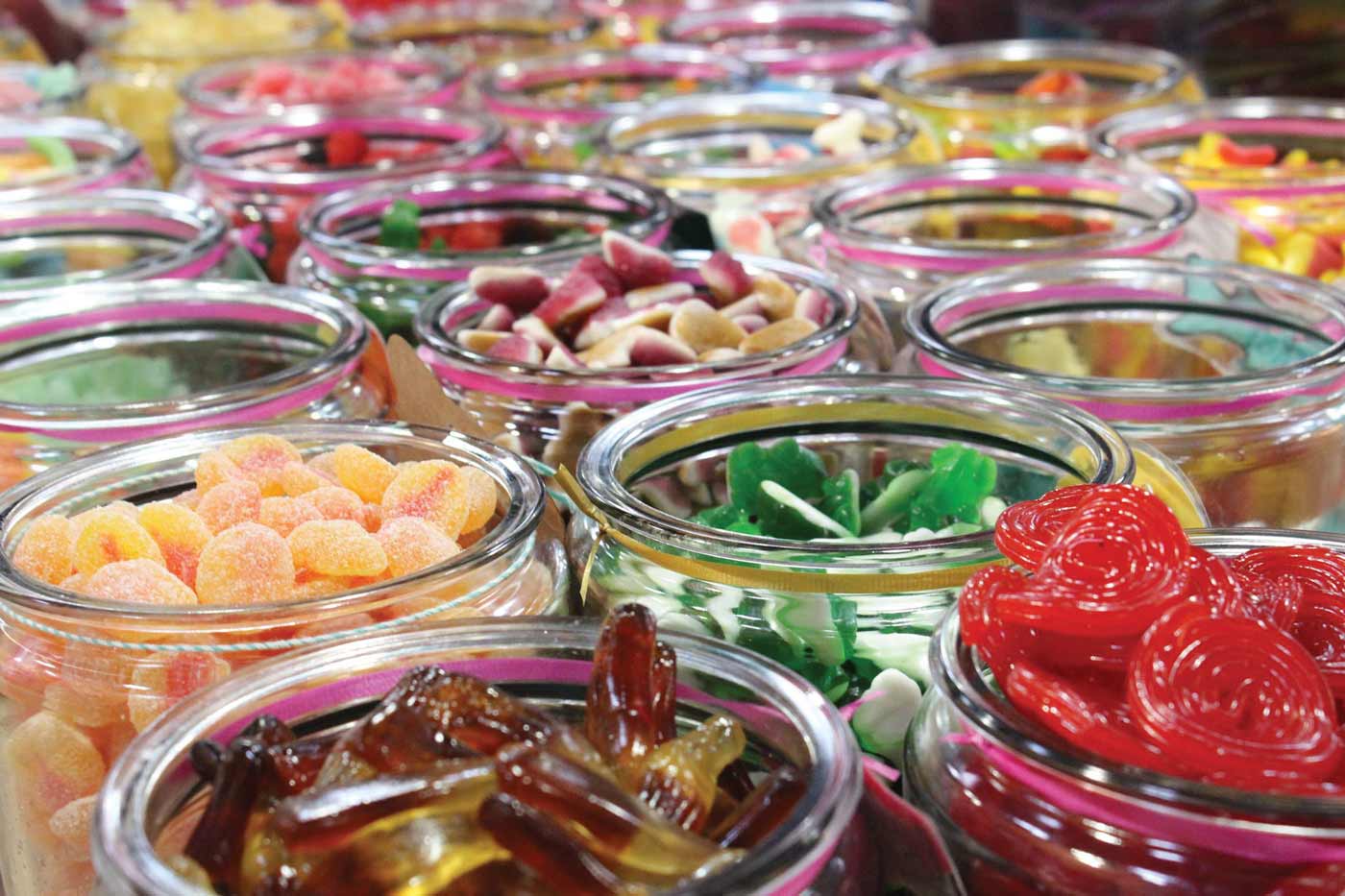 When I was a kid roaming the aisles of Lancaster Central Market, I always tugged my mother’s sleeve when we approached The Candy Stand. Things were a lot bigger to me then, so the stand I remember encompassed much of the entire market …
or, so it seemed.

Today, The Candy Stand is owned and operated by Ann and Richard Miller, and it remains a colossus of candy. What I like about this modern-day stand are the throwback items like rainbow coconut strips, clear candy toy pops and spearmint leaves. The cash-only stand also offers everything for younger sweet tooths, including gummy dinos, sour bottle pops and Airheads Xtremes. If you’re in a hurry or are just adventurous, pick up a $1 grab bag.

Speaking of Central Market, there’s a stand that can provide you with a treat for your other Valentine – your furry BFF. Owned by Lindsay and Joshua Gring, Lancaster Pet Bakery offers treats that are made with fresh, “human-grade ingredients.” 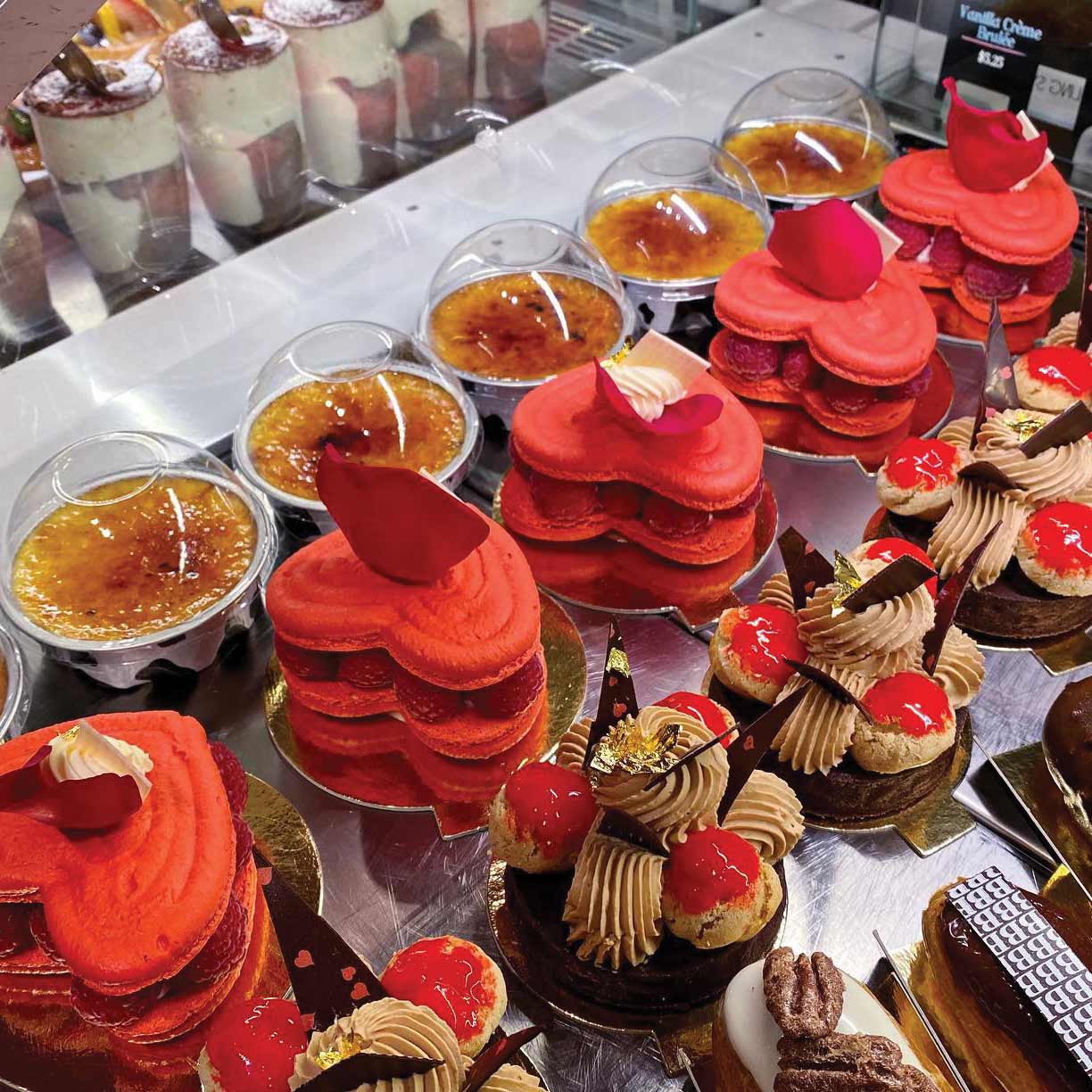 For those who want a delicate and refined gift, Bistro Barberet & Bakery is a shining example of confectionary elegance. After moving to Lancaster in 2015, Chef Cedric Barberet and his wife, Estelle, opened the namesake eatery and bakery and became an immediate force in the city’s culinary scene.

In November 2019, Cedric won the Neapolitan Delight edition of Food Network’s Chopped Sweets, so he knows what he’s doing when it comes to desserts! Some of the wonderful, chocolate-free specialty items available at Barberet include cream puffs filled with either vanilla or pistachio cream; Ruby, a raspberry mousse with a key lime center on top of yellow sponge cake; and Success, a hazelnut dacquoise with praline cream. A selection of stunning Les Macarons Parisiens include such flavors as raspberry, lemon, coffee, strawberry, pistachio, vanilla and lavender. 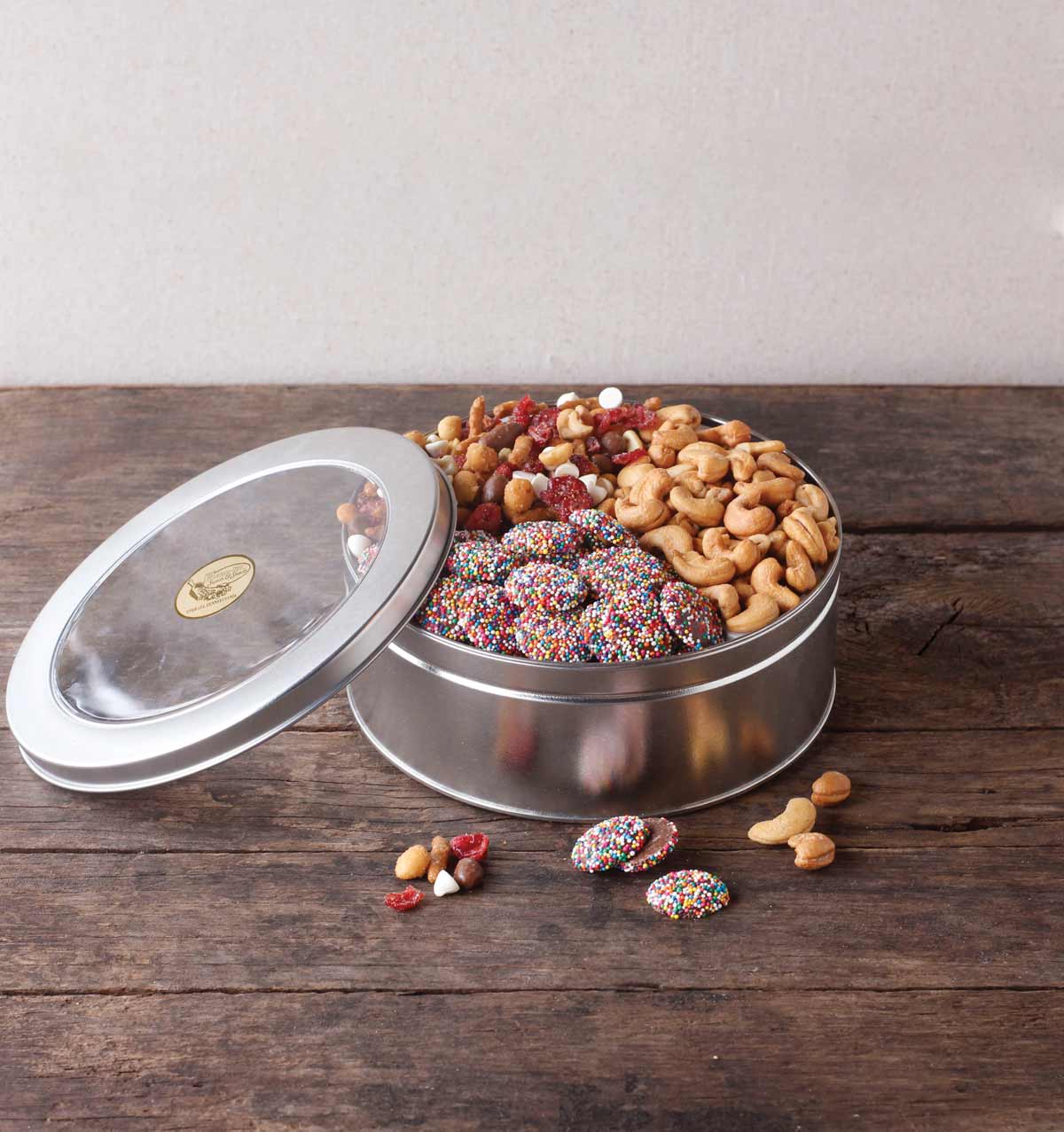 Like the phoenix, Weaver Nut’s retail store has returned to prosperity after an explosion ripped through the company’s Ephrata facility in August. Not too long after the blaze summoned a response from 50 regional fire companies, the storefront returned to business while the warehouse underwent rebuilding. The life-size – uhm, well, human-size – Jelly Belly jelly bean mascot sits happily outside welcoming visitors.

Inside, shoppers can find everything from homemade vanilla opera fudge to a 50-pound sack of Spanish blue poppy seeds, although the latter will probably not sit well on Valentine’s Day unless your beloved has wings and a beak … or really likes to bake. For the sweet-toothed sweetie, Weaver’s offers a huge selection of bulk candies, including licorice whips and gummy worms, as well as cute displays of nostalgic candies and gift ideas.

Note:
It was recently announced that this location will be closing on February 14, 2022. 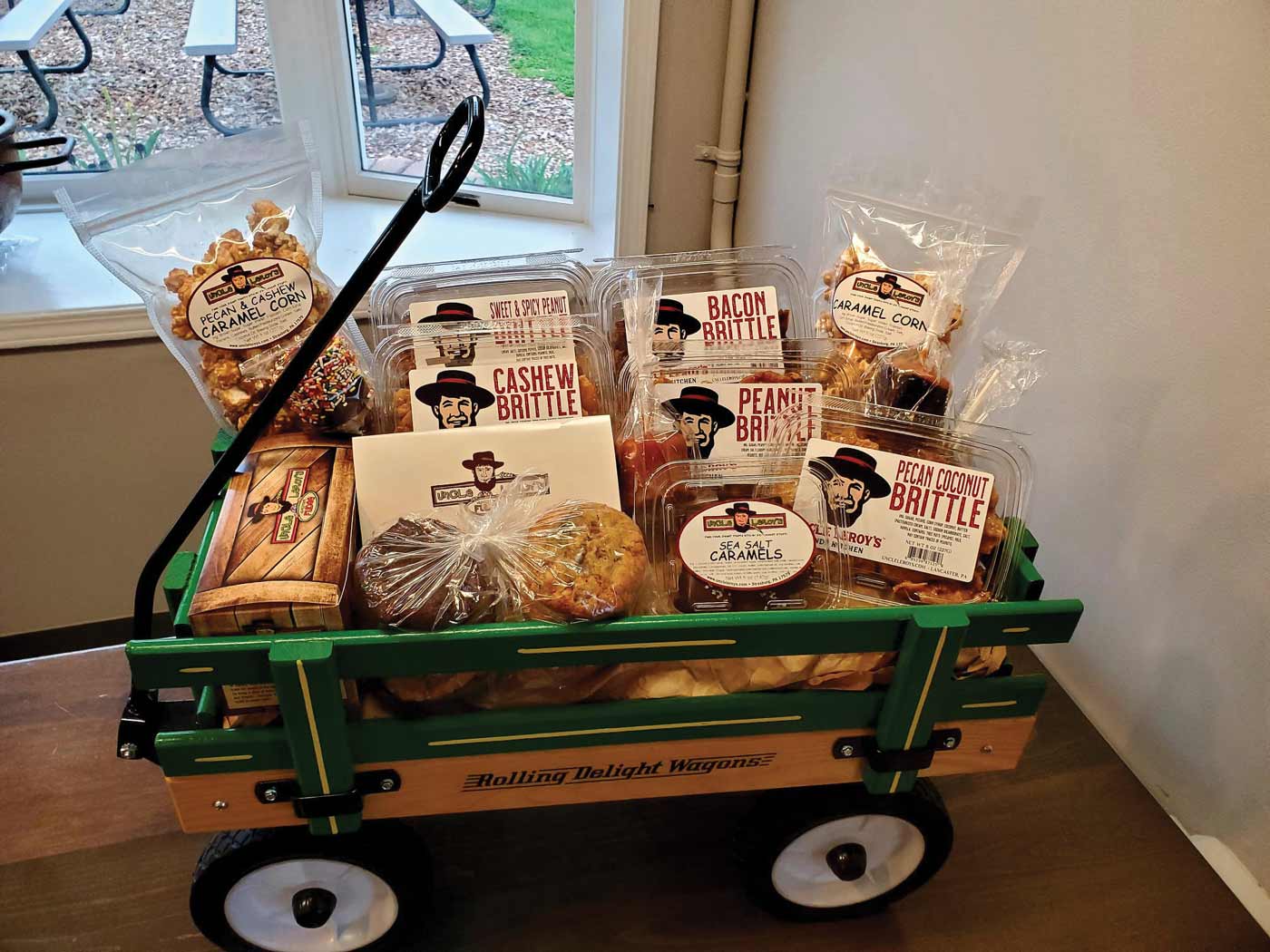 If fudge, brittles or caramel creations are your loved one’s desire, check out Uncle Leroy’s. My daughter loves their fudge, which is prepared by mixing ingredients in a traditional copper kettle after which the finished product is poured onto a marble slab and worked into loaves. Popular, non-chocolate flavors include vanilla, peanut butter and maple pecan. People also like the brittle from Uncle Leroy’s, which comes in traditional peanut, cashew and pecan/coconut. They also make a bacon brittle for the savory lovers out there!

I’m most familiar with the Old Philadelphia Pike location, but Uncle Leroy’s can also be found at Lancaster Central Market and Bird-in-Hand Farmers Market. 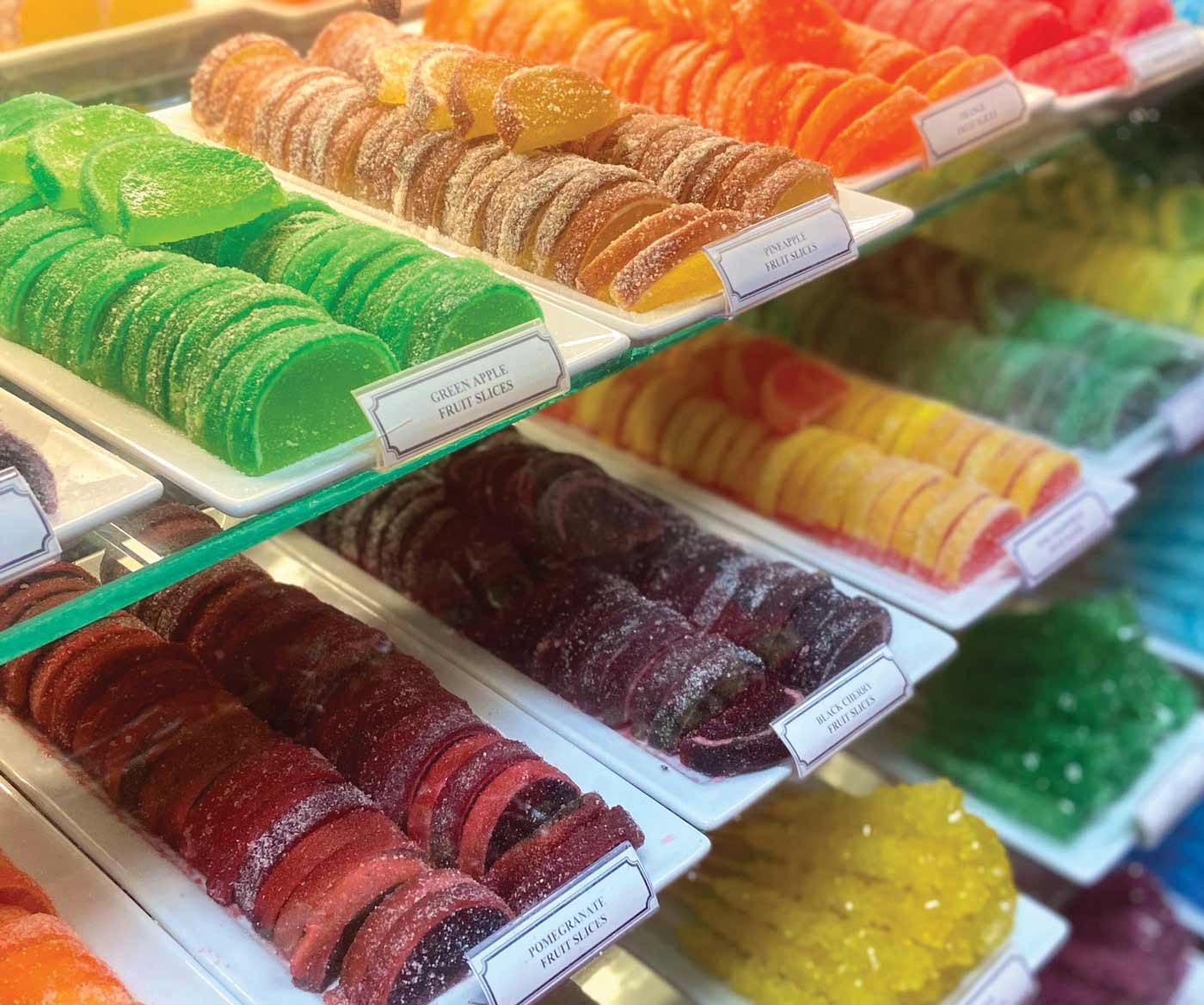 This national chain of sweet shops has a location in the Tanger Outlets on Route 30. The biggest plus about this store is that the shelves are always well-stocked with everything from old-time candy to the newest craze. With the option of buying hard candy by the pound from a dizzying array of colored tubes climbing to the ceiling, this store is just as much fun to visit as it is to find the perfect gift of candy. Runts, Sprees, Skittles and everything in between, River Street Sweets is a hard-candy lover’s dream. Anyone still like Jordan Almonds? They have those!