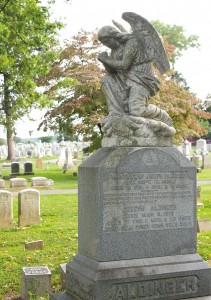 One of the most-photographed monuments at Mount Bethel Cemetery is the angel statue belonging to Joseph Aldinger, a Civil War veteran, and his wife, Annie.

For a final resting place, Mount Bethel Cemetery is surprisingly lively. “Cemeteries can make you question and spark your inquisitive nature,” says Jane Moore, a member of Mount Bethel’s board of directors and a passionate sharer of the stories contained within the 10-acre cemetery.

There are the stories of Columbia’s most notable citizens, many of whom are buried here. There are the Wrights, the Blunstons, the Houstons and the Bethels, all of whom helped establish the town. Members of the Mifflin family – poet and balladeer Lloyd Mifflin may be the most well-known – are here, too. So is Thomas Boude, the Revolutionary War general who helped escaped-slave-turned-millionaire Stephen Smith obtain his freedom. The Civil War is well represented by more than 200 veterans including Gen. Thomas Welsh, plus four of the men who burned the bridge on June 28, 1863 to halt the advancing Confederate troops.

Then, there are stories of everyday people, especially in the Potters Field portion of the cemetery. “That’s where African Americans were allowed to bury if they had no other place,” Jane says, noting that’s also where Susannah Wright arranged for Native Americans to be laid to rest. There are many markers from 1902, when a smallpox outbreak forced special restrictions on burials (including only being held at midnight, and only with the doctor and health officer attending). And, there’s the marker of one William Campbell: an 18th-century fur trader, attacked by his own dog that was mad with rabies, who carved his own epitaph before he died.

Officially, there are about 10,000 people buried in Mount Bethel, although Jane believes there may be as many as 14,000. (A scarcity of records prior to the Civil War accounts for the discrepancy.) And, she says the board of directors tries to maintain the final wishes of as many as possible – which, needless to say, requires resources.

To that end, Mount Bethel is hosting a series of events to highlight its rich history – for a complete list, see the Rivertowns calendar of events starting on page 62. But, visitors are welcome any time. “The gates are never closed,” Jane says. 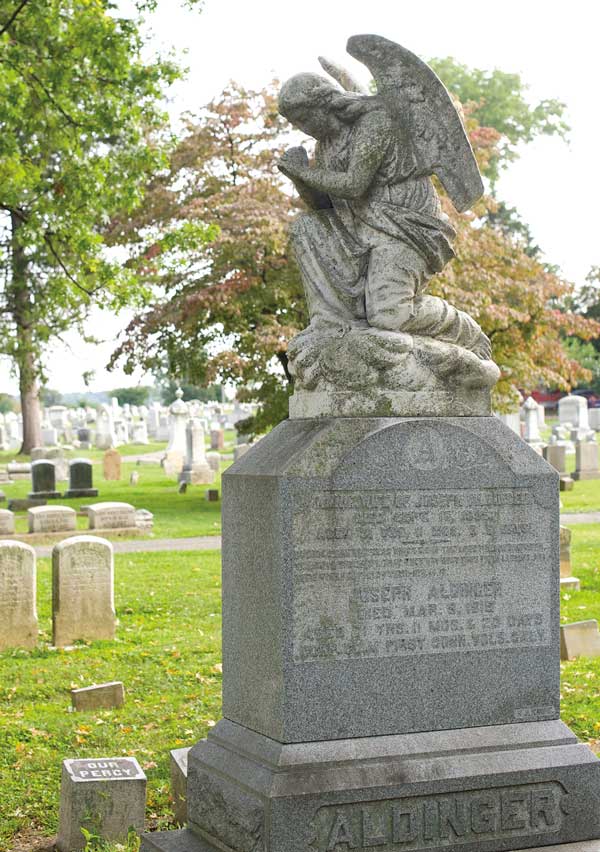 One of the most-photographed monuments at Mount Bethel Cemetery is the angel statue belonging to Joseph Aldinger, a Civil War veteran, and his wife, Annie.