There is simply something special about listening to music under the stars on a summer evening.

When Brian Norcross founded the orchestra in 2002, his goal was to break down the barriers that can separate the audience and performers and create a light and happy environment for all. On a musical level, Allegro seeks to inspire all generations by keeping classical, instrumental music alive; therefore, the music ranges from the classic to the contemporary. Allegro also changes the tone of its concerts to ensure variety. At times concerts exclusively feature brass instruments, loud and full of excitement. Other times the concerts are dominated by strings, beautiful and melodic.

Musical barriers are most clearly brought down through Allegro’s “Music in the Round” concert series, which is held three times a year on Friday evenings. Prior to the concerts, guests can mingle in the Ware Center’s Grand Salon, as they enjoy wine and hors d’oeuvres from area restaurants. The concerts are held in the Atrium of the center, which allows the audience to gather round the performers. As a result, “Music in the Round” has evolved into a social event that provides guests with quality music, food and hospitality.

Allegro’s Summer Concert Series kicked off last month and continues through August at the Ware Center. The schedule includes Beethoven 5 on July 11 and 12 and Movie Music on August 8 and 9. Concerts begin at 7:30 p.m. on Saturday and 3 p.m. on Sunday. 42 N. Prince St., Lancaster. Details: Visit allegrochamberorchestra.org or Facebook.

Bring a picnic or take advantage of the vendors/food trucks that set up shop around the amphitheater each Sunday evening through August 30. Concerts start at 7:30 p.m. Admission is free: Proceeds from the Long’s Park Art & Craft Festival (Labor Day weekend) help fund the series. Details: Visit longspark.org.

July 12: Tizer is up and coming in the world-fusion genre.

July 19: Lake Street Dive, which is composed of four alums of the New England Conservatory of Music, delivers an indie jazz and soul sound that is influenced by The Beatles, ‘60s soul and rock n’ roll.

August 2: The Landreth Brothers’ sound is reminiscent of The Eagles, Allman Brothers and Jackson Browne.

August 23: Socks in the Frying Pan delivers Irish melodies that range from traditional to modern.

August 30: Amanda Shaw is always a draw at the New Orleans Jazz and Heritage Festival.

Music in the Orchard

The Hans Herr House in Willow Street is home to a lovely orchard that is the setting for summer concerts. Picnics are welcome, or items are available from OCB Bakery and Java Junction. Concerts begin at 6 p.m. 1849 Hans Herr Dr., Willow Street. Details: Call 464-4438 or visit hansherr.org.

July 11: Jake Lewis & The Clergy (winner of the TriState Indie Award for Central PA Band of the Year) is known for its indie folk-rock sound. Special guest is Lackawana, which is composed of David Rose (native flute) and Russell Ferrara (classical guitar).

August 15: Silver City Rodeo is a Lancaster-based, seven-member band whose brand of Americana includes such influences as the blues, folk, bluegrass, country and indie rock. Special guest is Justin Angelo & The Experience.

Mountville Church of the Brethren

Now in its 21st season, this concert series offers everything from big band and oldies to music provided by community bands. The concerts are free (donations gladly accepted), as is the ice cream served at intermission by community organizations. Concerts begin at 7 p.m. Church is located at the corner of College Avenue and Clay Street in Mountville. Details: Call 285-5122 or visit mountvillecob.org.

August 2: Third Stream has been playing jazz for 40 years.

August 16: Herm Miller Big Band made its debut in 1935 and has had three leaders: Don Peebles, Herm Miller and John Hess.

Music in the Vineyards

Those who appreciate music and wine will want to visit Nissley Vineyards, where the 33rd season of music and dancing kicks off July 11 and continues through August 22. Bring a picnic (food vendors will also be on hand), buy some wine and dance the night away to the live sounds of big band, jazz, oldies and Top 40. Over 21 only, no pets permitted. Music begins at 7:30 p.m. 140 Vintage Dr., Bainbridge. Details: Call 426-3514 or visit nissleywine.com. 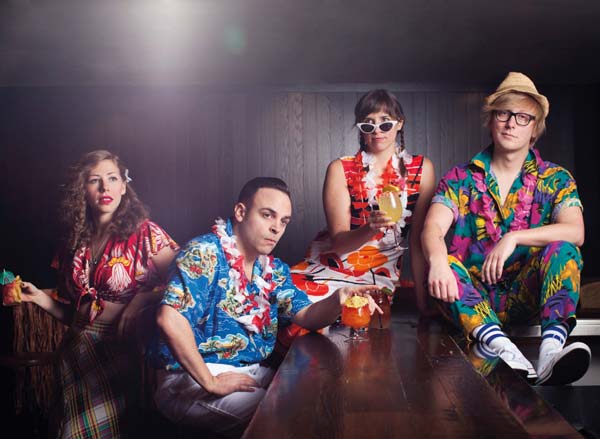 Lake Street Dive will bring its indie jazz and soul sound to Long’s Park on July 19. The Boston-based band’s influences include The Beatles, ‘60s soul and rock n’ roll.