This year, wanting to learn something new, I set out to find some kind of activity that would be challenging from a creative perspective. As I discovered, such opportunities are plentiful in Lancaster. 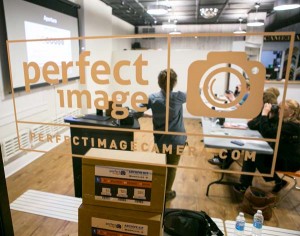 With the advent of the easily accessible, digital, single-lens reflex (DSLR) camera, photography has become a hobby – and in some cases an extra means of income – for many people. Brian Evans, director of marketing and education at Perfect Image, recommends discovering the value of a new camera through classes. “I think when a lot of people get into photography, they purchase some nice, fancy gear,” he notes. “People think getting a fancy camera is the solution to getting better pictures, but that is just part of it.”

Brian points out that simply keeping your camera on auto mode will produce photos as good as those captured with modern smart phones. It’s the bells and whistles of a digital SLR camera that help you create high-quality photographs. “The goal of our Intro to DSLR Photography class is to really get people off that auto switch,” he explains.

The one-time, three-hour class takes the creative control away from the device and gives it to the photographer. Participants can use whatever brand of camera they prefer. The class delves into the aspects of different scene modes on the camera, the functions of ISO and white balance, plus other basic concepts like composition, exposure and how to use the flash. These small, hands-on classes are held periodically at Perfect Image’s downtown location. 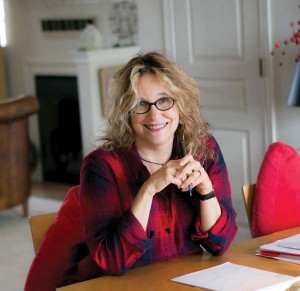 Actress turned writer Melissa Greene launched Write from the Heart after moving to Lancaster in 2001.

As a writer, I often hear the comment, “I wish I could write.” Well, you can, and Melissa Greene is here to show you how. Melissa began instructing people on writing in 1990 and started Write from the Heart in 2001. Business is booming. “My work combines my love of writing and my love of people,” says Melissa.

A little-known fact I uncovered while speaking with Melissa is that she did not start out as a writer; instead, she was an actress. In the mid-70s, she had parts in such hit TV shows like The Six Million Dollar Man and The Rockford Files. She even penned a few episodes, which led her to discover a love for writing.

Write from the Heart offers classes for all skill levels. Her introductory workshop is titled “Writing Without Fear” and is described as a free-spirited look at how creativity flows when inhibitions are let go. The group meets for two hours each week for five weeks. All genres are welcome; it’s a good time to start a poem or a story.

“My interim class can help any writer who wants to be jumpstarted,” Melissa reports. And, she’s found that most men are more comfortable writing with other men, so she’s created the Men’s Sort of, Truly, Wonderful Workshop. Another workshop focuses on memoir writing. Classes for children and teens are also offered.

“This is a creative place where creative people can be themselves,” says Melissa.

Write from the Heart. Call 393-4713 or visit writefromtheheart.us. 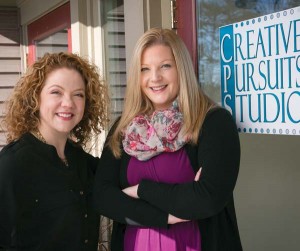 My daughter recently started taking voice lessons to help with her interest in musical theatre. Sarah Cope, who works out of a cooperative space called Creative Pursuits Studio, came highly recommended. As I was in the waiting area one evening, I heard a woman working through a show tune in one of the other studios. It dawned on me that voice lessons could make for a creative New Year’s resolution.

Sarah, who is constantly upbeat and smiling, studied privately for five years with Dale Moore, the senior professor of voice at Eastman School of Music. She co-founded Creative Pursuits with Jessica Dey, who holds a BFA in Musical Theatre from Penn State with a focus on contemporary and musical theatre vocal technique. Jessica and Richard Repkoe – voice and acting instruction – bring a connection from Fulton Theatre, where they both have previously performed. Rounding out the faculty is Phillip Freeman, who brings a wealth of knowledge to the team and offers instruction that ranges from opera to metal. When not in the studio, Phillip can be found on tour with his band, Small Town Titans.

If vocal lessons are not the right fit, Creative Pursuits houses instructors specializing in yoga, violin, piano, guitar and dance.

I first heard about Parkour from a season 6 episode of The Office that showed a group of goofballs make an attempt at Parkour knowing little about the extreme sport. More recently, Parkour was the focus of a skit on Comedy Central’s Tosh.0.

What is Parkour? It’s insane. It is defined as a sport of moving rapidly through an area – typically an urban environment – negotiating obstacles by running, jumping and climbing. YouTube has some amazing videos of people flipping, flying and twisting over walls, poles and urban architecture.

Thinking it might be a waning phase, I went online to check out if anyone in Lancaster is into Parkour, and I found Andy Keller. Now 25, Andy started doing Parkour when, as a 15-year-old, he had watched a documentary on the Discovery Channel. Growing up, he wasn’t into traditional sports but nonetheless considered himself to be athletic. He made good use of the family’s trampoline and often climbed the trees on the property. 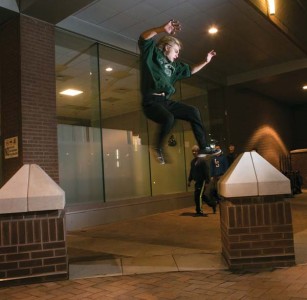 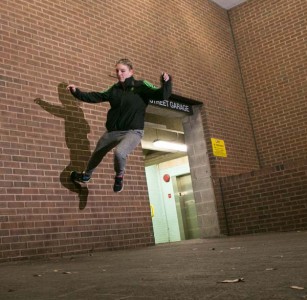 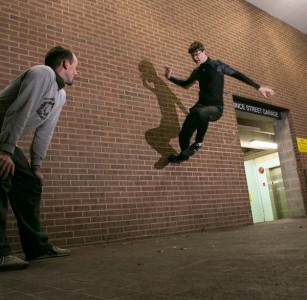 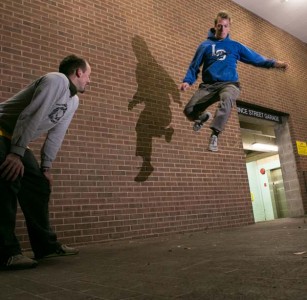 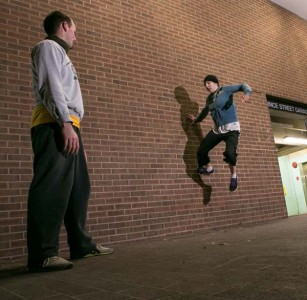 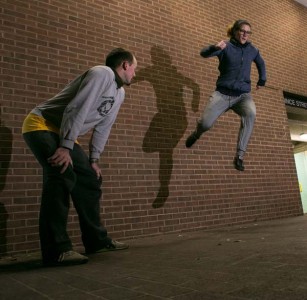 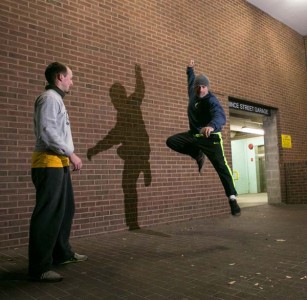 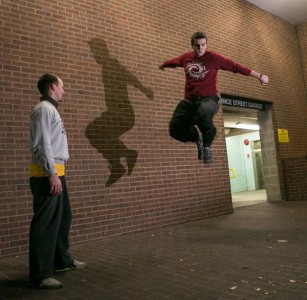 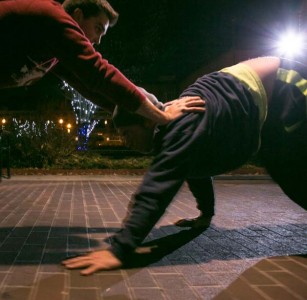 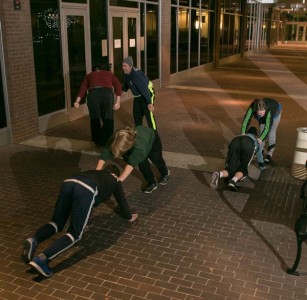 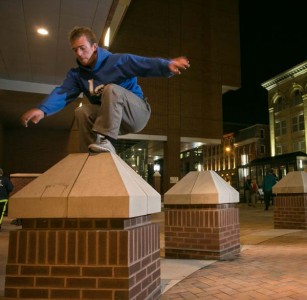 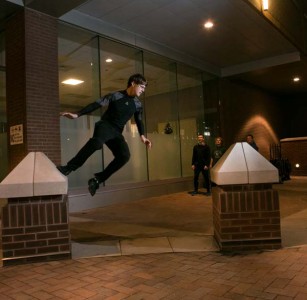 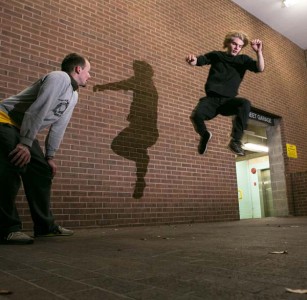 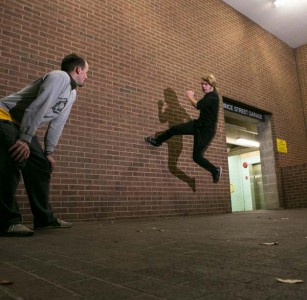 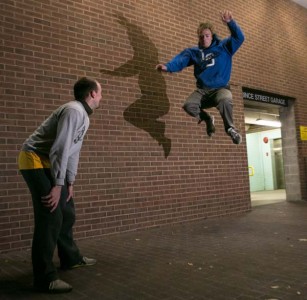 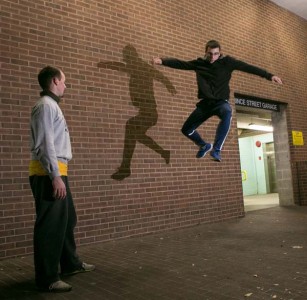 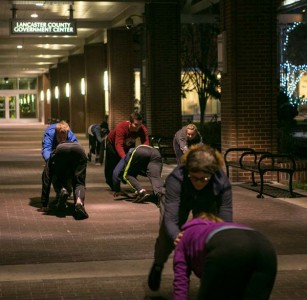 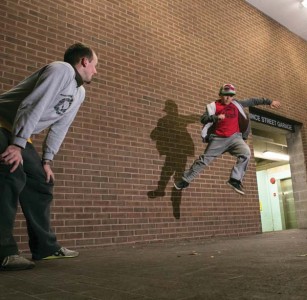 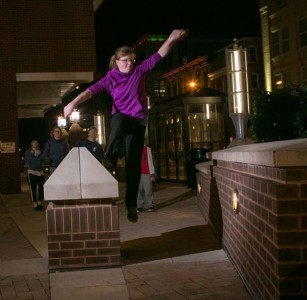 Setting his own pace, he learned more and more Parkour skills and eventually started coaching his friends. Still in its infancy as a sport, Parkour doesn’t have an official sanctioning body in the U.S., but while attending a conference, Andy found Parkour Generations. He started a Lancaster Chapter of the UK-based group
in 2014.

As part of Parkour Generations Lancaster, Andy meets up with other traceurs in Binns Park. Membership is open to kids (ages 8+), teens and adults; sessions range from beginner to advanced.