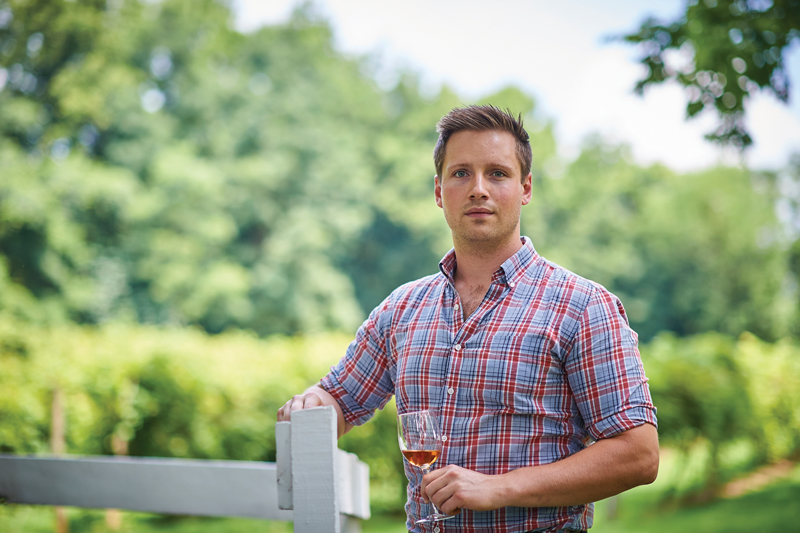 Nissley Vineyards is “rooted” in tradition. What started as a hobby for J. Richard Nissley has turned into an internationally award-winning vineyard. But, the estate is turning over a new leaf, so to speak. 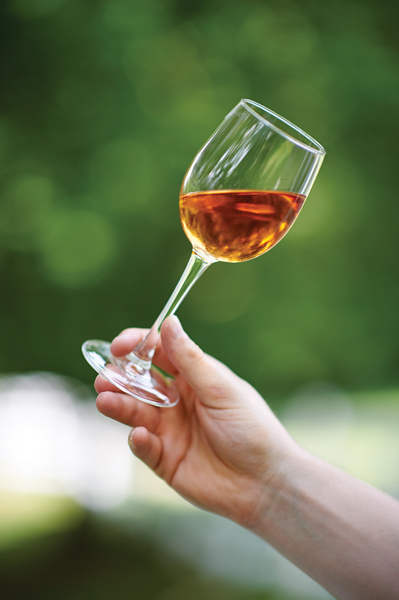 Located on 300 scenic acres in Bainbridge, the vineyards and estate consist of the stone-arch winery – which was once an old tobacco barn – an 18th-century mill and miller’s house, a winding creek, open meadows and family residences. The first plantings were established in the mid-70s by Nissley and his son, John. Soon afterward, John’s three sisters – twins, Judith and Joyce, and Mary Lee – joined the family business.
According to their website, “Judith expanded the enterprise, organizing, and executing plans to open the off-premise extension shops. She also conceived and began the Music in the Vineyards series. Joyce applied her mathematical and organizational skills to our business accounting and management of our personalized wine service. Mary Lee moved home later, applying her knack for horticulture to the preservation and beautification of the property.”
The earned success of the vineyard was a true family affair. However, as years passed, the family began to wonder who would carry on the winery and its tradition.

That question was answered by third-generation vintner Jonas Nissley, who decided to jump into the family business with both feet, but it wasn’t exactly what he had planned. “As a kid, I worked here at the lawn concerts and out in the vineyards, and I didn’t really enjoy it that much,” he admits. “I wouldn’t say I hated it, but I disliked it, and I think it’s because at that age I couldn’t appreciate the final product. It was like all this work goes into what? Well, I couldn’t enjoy it because I wasn’t 21,” Jonas laughs. “As time went on, I got an appreciation for the wine, and I started to see what all this work was going toward and the value of a family business.”

Jonas had plans to become a teacher. Then, about two months before finishing his master’s degree, he said it “all of a sudden became clear to me. It wasn’t last minute, but no one was really expecting it. I wasn’t expecting it. It was one of those ‘a-ha’ moments,” he says. “So, I finished my master’s degree and about a month after graduation, I came back here and started full time, which was June 2016.”

A new generation signaled a time of transition for Nissley’s. For instance, the Nissleys appointed Kyle Jones as the head winemaker in May of this year. He came on board in September 2016 as a full-time assistant to former head winemaker Jen Wampler. When Jen left, Kyle easily transitioned into his new role.

And, speaking of transitioning, as Jonas’ father, John, who is the vineyard supervisor, prepares for retirement, a new supervisor will step into his position. Steve Foreman, who has worked at the vineyard since 2004 and, according to Jonas, has been his dad’s right-hand man for many years, will continue the daily duties of overseeing the vineyard. 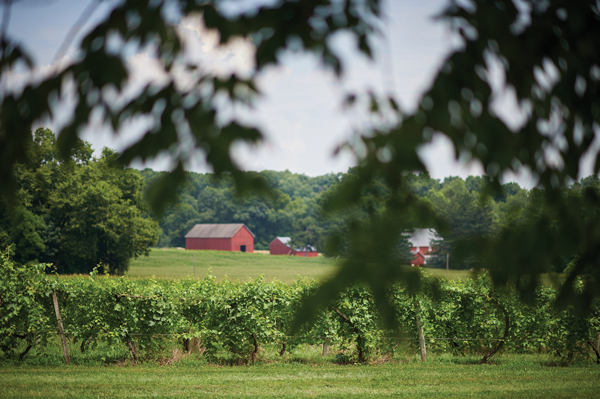 Another idea brought to fruition in 2016 was Yoga in the Vineyards, which came about when Jonas’ mother, Melody, took a yoga class in Marietta. “I bought my mom a Christmas gift: three private yoga instructions at Vital Tree Yoga in Marietta. And, she began talking to the owner about working at Nissley Vineyards and how we’re doing more events,” Jonas says. “The owner said she does these pop-up yoga events at different places, and that kind of got the conversation rolling. My mom told her that we have a really beautiful property and that it would be an ideal place to do yoga. So, the three of us started talking and got it going.”

As for the main event – the wine – Nissley celebrated its 40th anniversary in July by introducing a new sparkling wine, Strawberry Kiss. The wine made its debut during a mid-July Music in the Vineyards event, where thousands listened and danced to the sounds of the band Mama Tried. 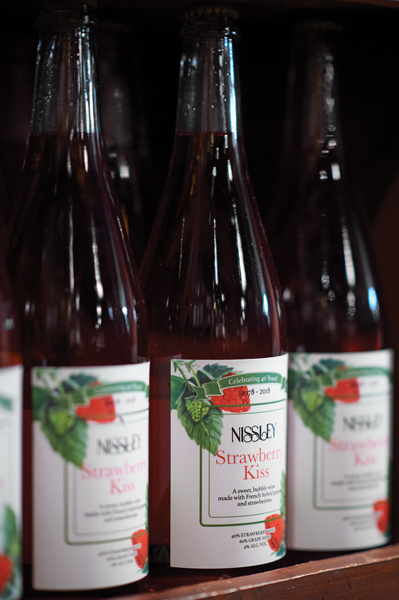 As Nissley Vineyards enters this new chapter of life, more changes come with it, such as new partnerships. “This fall and in the winter, we’re going to be partnering with Giant Food Stores to do wine and food pairings,” Jonas explains. “Giant will bring in some of the items they sell on their shelves and in their deli, and we’ll pair that with wines. We’re also going to have a nutritionist from Giant come in and talk about the health ramifications of certain foods, and we’ll talk about the wine and how they all go together.”

Currently, in addition to state stores, Nissley wines can be found in Weis Markets and at Wegmans. Jonas says their wines will soon be sold in several Rutter’s stores and local Giant stores that carry liquor licenses.

Hosting private events is yet another addition that is on the horizon. “We had people constantly calling and contacting us for weddings, birthday parties, this and that. And, why not? We have this great property,” he shares. “Right now, we have four weddings booked. It’s a great way to introduce people to the property and the brand.”

And, with hopes of it happening in late summer/early fall, Jonas shares Nissley will soon release a reserve line of wines. “They’re the first barrel-aged wines that we’ve done in years. It’s going to be a Cabernet Franc reserve and a Merlot reserve, and they’re all aged in oak.” 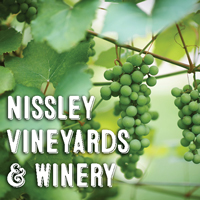