The U.S. military’s concept of “no man left behind” goes back centuries. No one knows who originally coined the phrase, but one Lancaster County public relations specialist, Cathy Kornfield, can tell you firsthand it is a statement that is still taken very seriously.

December 7 is Pearl Harbor Remembrance Day. On this day, Americans will remember what President Franklin D. Roosevelt called “a date which will live in infamy.” Respects will be paid to the fallen of World War II, as well as to all service personnel alive, dead or missing in action (MIA). 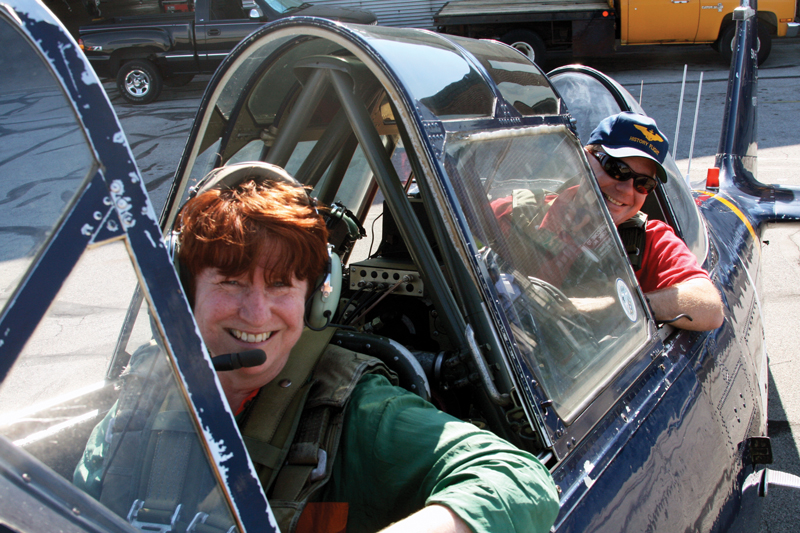 While Cathy can claim a wide range of clients over the years, one in particular has earned a special place in her heart. History Flight, a client since 2006, is a non-governmental organization dedicated to finding, recovering and repatriating America’s World War II dead to American soil. Simply put, they search for and find the bodies of MIAs from World War II and help to bring them home. The task is daunting, as there were more than 78,000 MIAs from this war.

Cathy, who is a graduate of Lancaster Catholic High School and Millersville University, began her career in 1969 as a reporter with the Lancaster Sunday News; she was named editor of the Women’s News & Views section (renamed Montage) two years later.

Looking back, she didn’t realize her two college majors (English and Philosophy) and two minors (History and French), coupled with her newspaper experience and years as the co-owner of an ad agency (Schreiber & Charles), would one day aid her in launching her own public-relations business. “I’ve been very lucky,” Cathy acknowledges. “Things just worked out along the way, leading me into PR work.” Since 1995, Cathy Kornfield Company has focused on marketing, graphic design and public relations for a wide range of clients.

Little did she know, however, that marriage would “propel” her to become involved in providing publicity for a company in search of MIAs. Cathy has been married to her husband, Jerry, for 26 years. Jerry is a private pilot, and early in their relationship, Cathy felt the need to take flying lessons, saying, “If something were to have ever happened to Jerry while we were in the air, I would have at least been able to land the plane.”

History Flight, which is based in Florida and currently has offices in Europe, Tarawa and the Philippines, was initially in need of a PR person knowledgeable about advertising. A friend of Cathy’s who knew Mark Noah, founder and director of History Flight, Inc., recommended her for the job because of her flying experience. Intrigued, she signed on with the project.

For the first five or six years of working with History Flight, she had never met Mark face-to-face; they communicated by either email or phone. They finally met at Thomasville Airport in York, during one of History Flight’s Barnstormer Tours.

At that time, the organization was providing plane flights – via vintage WWII planes such as a North American B-25H Mitchell medium bomber, a North American AT-6 Texan advanced trainer and an N2S Stearman primary trainer – as a way of funding their searches for MIAs. 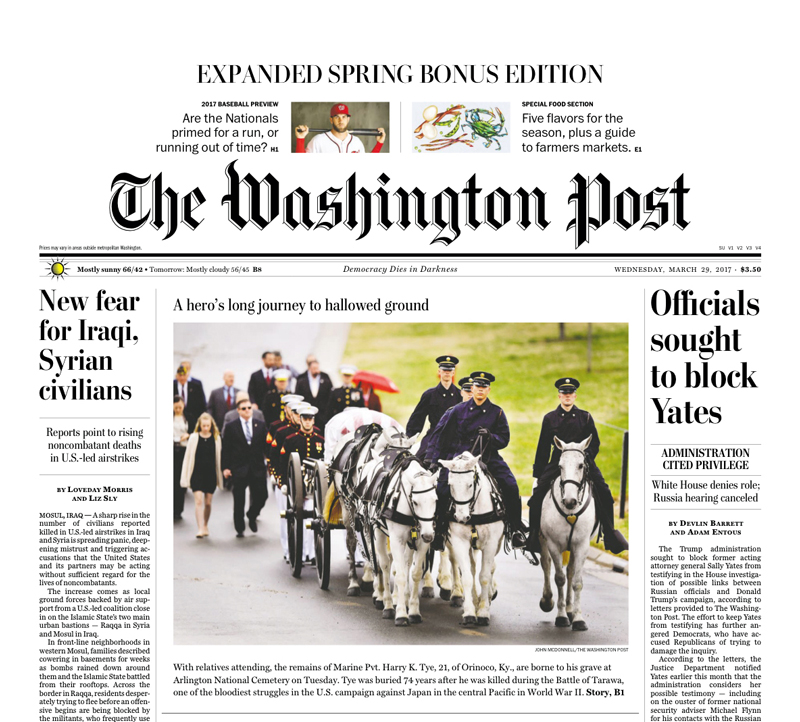 Achieving placement “above the fold” in The Washington Post was an honor for Cathy and History Flight.

Mark has been flying airplanes since he was 15. Today, while he flies a Boeing 767 as a captain for UPS (his “day” job), History Flight is his passion. His search team at History Flight consists of anthropologists, geophysicists, historians, surveyors, forensic odontologists, unexploded ordnance specialists, medics and even a cadaver dog and handler.

History Flight has invested over a decade of work and more than $6.5 million in the recovery of an extremely significant number of military personnel. There have been numerous expeditions to Europe, and since 2013 History Flight has been carrying out a massive ongoing project on the Pacific atoll of Tarawa, where one of World War II’s bloodiest battles was waged.

Just as History Flight’s focus has changed, so has Cathy’s. She is now responsible for supplying the press with the information that’s needed for them to cover History Flight’s latest discoveries and their journeys home. She provides news organizations with the backstory for each MIA recovered. Coverage has been substantial; it’s not unusual to be on the phone with her and be put on hold because “CBS is calling” or “CNN is on the line.” She has every major TV network’s phone number in her computer for easy access as well as all the major newspapers and periodicals in this country and abroad. Her years as a history major also come into play – because so many reporters are generations removed from World War II, she often has to supply them with some history lessons.

She is in awe of the dignified handling of each and every recovered MIA by the military. From the flag-draped coffins to the “Dignified Transport Ceremonies,” each MIA receives a full military funeral whether it takes place at Arlington National Cemetery or at a family burial site. 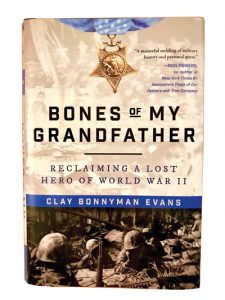 Cathy remains absorbed by one find in particular – Lt. Alexander “Sandy” Bonnyman, Jr. Seventy-one years after his death at Tarawa, his remains were discovered and initially identified through the gold fillings in his teeth. Bonnyman’s grandson, Clay Bonnyman Evans, was there in Tarawa with History Flight when his grandfather’s body was found. As a result, Evans has written a compelling book, Bones of My Grandfather, Reclaiming a Lost Hero of WWII, about his search. Cathy is currently reading the book.

Cathy confides, “In the beginning, I didn’t understand it [the long searches maintained by families for their loved ones], because I never lost a family member to war. I get it now, though.”

The unanswered questions that torment many families of MIAs have come to be referred to as “ambiguous loss,” a term which conveys the grief that can linger across generations. Today, thanks to the “no man left behind” mentality of organizations like History Flight, more and more World War II MIA families will be able to experience closure.

For more information about History Flight, Inc., visit historyflight.com. Donations are always appreciated. Bones of My Grandfather is available through Amazon.