“Every party needs a Plan B,” a seasoned event planner once said. Plan B used to mean preparing for a downpour during a tented party. Or, how to handle the bride’s pre-ceremony, bridezilla-caliber meltdown. Or, what to do when the band drinks all the champagne before the guests arrive. (Yes, all these things really did happen.) Plan B has quickly shifted to Plan C – for Covid, of course – and all the aforementioned crises now seem like tiny pebbles in one’s shoes compared to the chaos the pandemic has created for nonprofit organizations.

While brides and their families reluctantly send out change-the-date cards announcing postponed weddings and milestone birthdays pass by with a tepid toast on Zoom, our charitable organizations have not had the luxury of postponing their annual fundraising events. Their shows must go on due to the fact that the very survival of nonprofit organizations depends on the monies that are raised during those annual galas, auctions, golf tournaments and 5K runs. 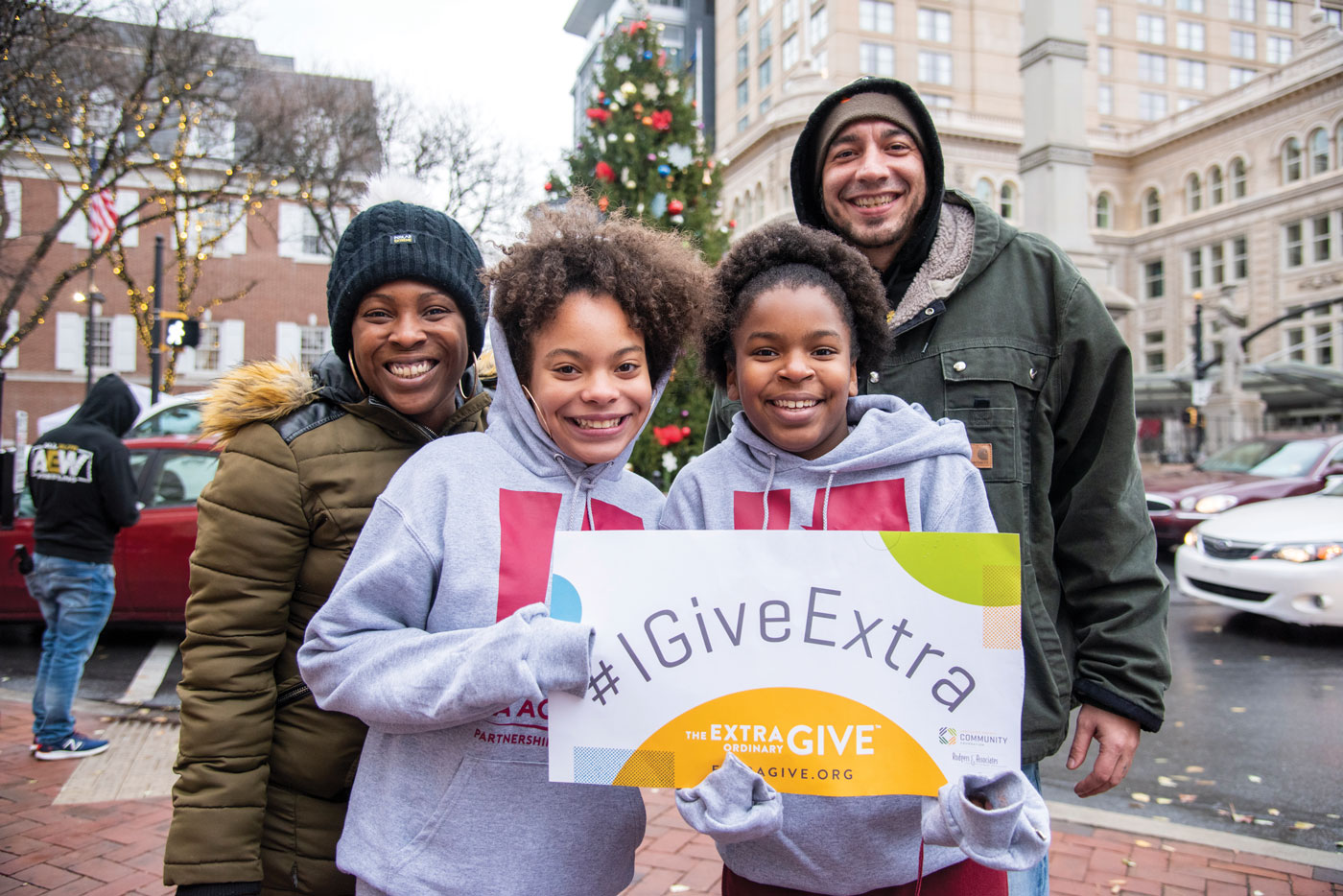 Give Water Street Mission (wsm.org) a gold star for its creativity. With less than 30 days to go before its annual Top Chefs of Lancaster fundraiser, the event that provides 40% of Water Street Health Services’ operating budget, leadership pivoted. “We aren’t canceling,” wrote Vice President of Advancement Jon Eisenberg to the 280 patrons who had reserved for the 7th-annual, sold-out event. “Water Street’s guests need the community to invest in their health now more than ever.” Instead, the Water Street Mission reinvented its event. 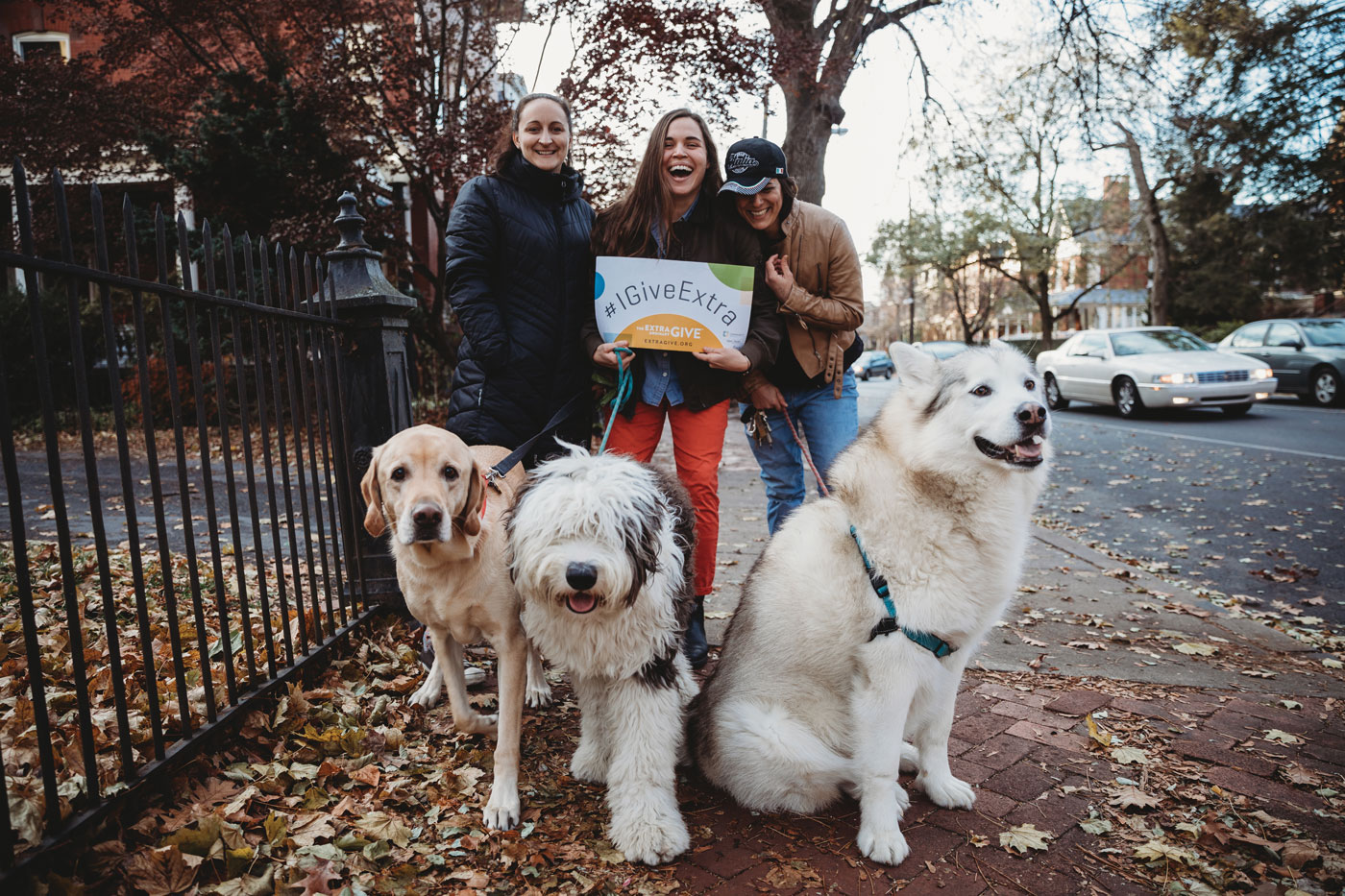 Images from past years serve to remind us that this year’s Extraordinary Give will probably be a lower-key event – fewer parties and more social distancing. Because it has always emphasized online giving, Lancastrians have grown accustomed to supporting their favorite nonprofits on the third Friday of November and no doubt will continue to give in 2020.
Traditionally held at the Lancaster Country Club each spring, the evening is a salute to some of Lancaster’s most outstanding chefs and restaurateurs through a multi-course dinner, with each course contributed by a chef’s preparation or his/her proprietary recipe artfully executed by Lancaster Country Club’s executive chef and staff. A silent auction is followed by an energetic live auction of one-of-a-kind experiences, all to provide funding for health, dental and behavioral-health services to those in greatest need, Lancaster’s homeless and at-risk individuals and families.

Giving their patrons an “experience” was a top priority among Water Street’s leadership. Rather than simply go online with a plea for support, Water Street enlisted the participation of some of their selected “Top Chefs” to create videos of cooking demonstrations for the new normal – at-home dining. Joining those videos with a taped testimony of a life transformed by Water Street’s health services and a respected community member’s inspiring message citing why he or she personally supports the Mission, the “event” became a powerful online presentation with a limited timeline for making donations, a clear financial goal and a launch on the same weekend as the original date of the event.

In keeping with the Mission’s culture of “giving back,” every registered event guest also received a $50 gift certificate to use to support one of the “Top Chefs” participating restaurants – a way to help Lancaster’s restaurant owners who also desperately need the community’s support at a critical time.

The result was miraculous: 100% of the event’s financial goal was met.

Carol Heth was determined to hold some sort of food event in support of Lancaster County Field of Hope (FOH), which aids individuals and families in dealing with unexpected medical costs. Fortunately, she had two U.S. Navy chefs on board who are accustomed to making last-minute pivots.

The two became acquainted with the organization as a result of one of them attending FOH’s 2019 dinner in support of their U.S. Navy colleague, Michelle Vinelli Adams. He was impressed and by the end of the evening, offered Carol his and a colleague’s services for 2020.

Carol’s determination was fueled by the fact that so many of FOH’s 2020 fundraising events had to be cancelled, including a Spring Raffle/Auction, a golf tournament and a summer dance. She held out hope that the September 12 dinner could continue with its farm-to-table format for which guests are seated at a long table in a field that’s surrounded by woodland. (Last year’s table accommodated 160 guests.) 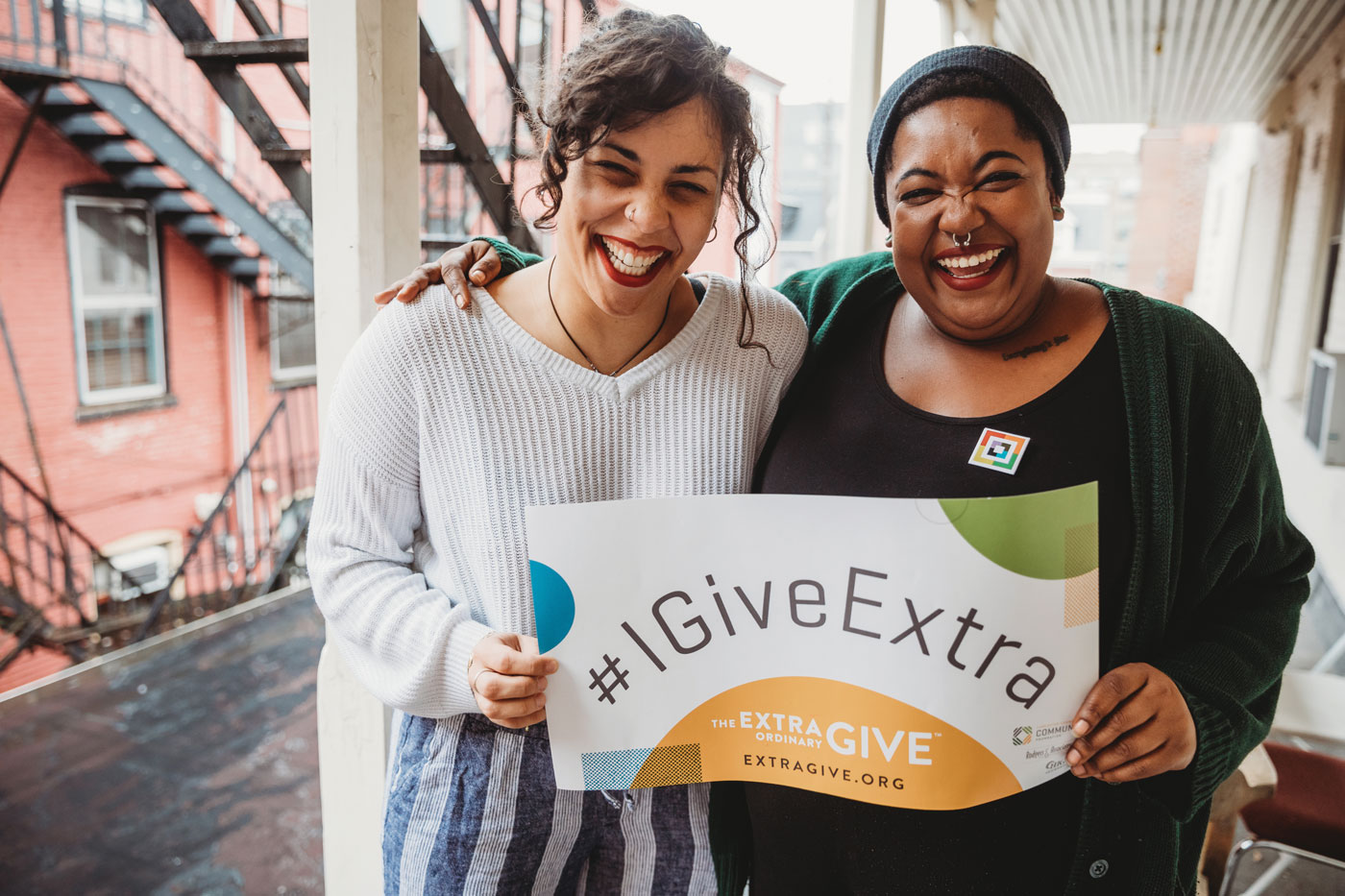 A Sampling of Fundraising Strategies

Fulton Theatre (thefulton.org) turned to a telethon, emphasizing This is Our Home, and enlisting WGAL-TV’s broadcasting of the fundraiser. The effort raised over $330,000 to help keep the theatre operating while its stage remains dark until 2021.

The North Museum (northmuseum.org) made its splashy Cosmic Bash virtual, with online bidding on auction items.

Hospice & Community Care (hospiceandcommunitycare.org), which is celebrating its 40th anniversary, has turned its annual Labor Day weekend auction into a fundraising juggernaut, raising a record $870,000 in 2019. Vowing to continue the tradition, the organization turned it into a virtual event that ran over a two-week period in September and raised $457,000.

The Lancaster Symphony (lancastersymphony.org) maintained its touch with the community by providing online glimpses into its musicians’ lives at home while in quarantine, and earlier this fall, launched its reinvented 74th season with a week-long series of collaborative performances with the Penn Square Music Festival called Harmonize Lancaster.

The Lancaster Science Factory (lancastersciencefactory.org) replaced its annual Taste of Science Gala with a Virtual Science Trivia Night that included early prizes for the most creative team names.

The YWCA’s Race Against Racism (ywcalancaster.org), which is held in April, was transformed into a virtual event and raised $61,000.

Humane PA (humane.org), which includes the Humane League of Lancaster County, has had to cancel many of its events but is forging ahead with Art for Arf’s Sake (November 14). The art-auction gala will become a virtual event this year, with patrons being given the opportunity to pre-order Pawty in a Box packages that will contain wine, beer, artisan cheeses, bread and other delights.

The Lancaster Conservancy’s (lancasterconservancy.org) Harvest Moon Gala evolved into a “streamed” event whose focus was A Night for the Susquehanna Riverlands. People who use the riverlands for recreation were invited to submit videos and selfies for the hour-long appeal that was streamed on October 2. An online silent auction was also conducted. The effort generated more $323,000.

VisionCorps (visioncorps.net) will be holding its annual repelling event – Eye Drop 2020 – in conjunction with the Extraordinary Give on November 20. This year it will have a twist – in view of the struggles the nonprofit community is experiencing, VisionCorps is welcoming all nonprofits to participate. Any monies they raise in excess of $1,500 will be theirs to keep.

Pennsylvania SPCA (pspca.org), of which the Lancaster Center is an affiliate, will be holding its annual Bark & Whine Gala on November 14. This year’s version – Bark & Whine 2020: Happy at Home – will feature online silent auctions, raffles and engagement with adoptable animals. Bark in a Box party kits are available.

Pet Pantry (petpantrylc.org) The organization’s annual Howls & Meows Bingo Bash has evolved into an online extravaganza – Howls & Meows Raffle Baskets – that will feature baskets filled with goodies and a 50/50 raffle. Tickets are available through November 3. Drawings will be held November 4.

Each of these fine organizations continues to rely on the community’s support to weather this wretched, virus-induced storm. We’d encourage you to reach out to your favorite organization and help them in any way you can. 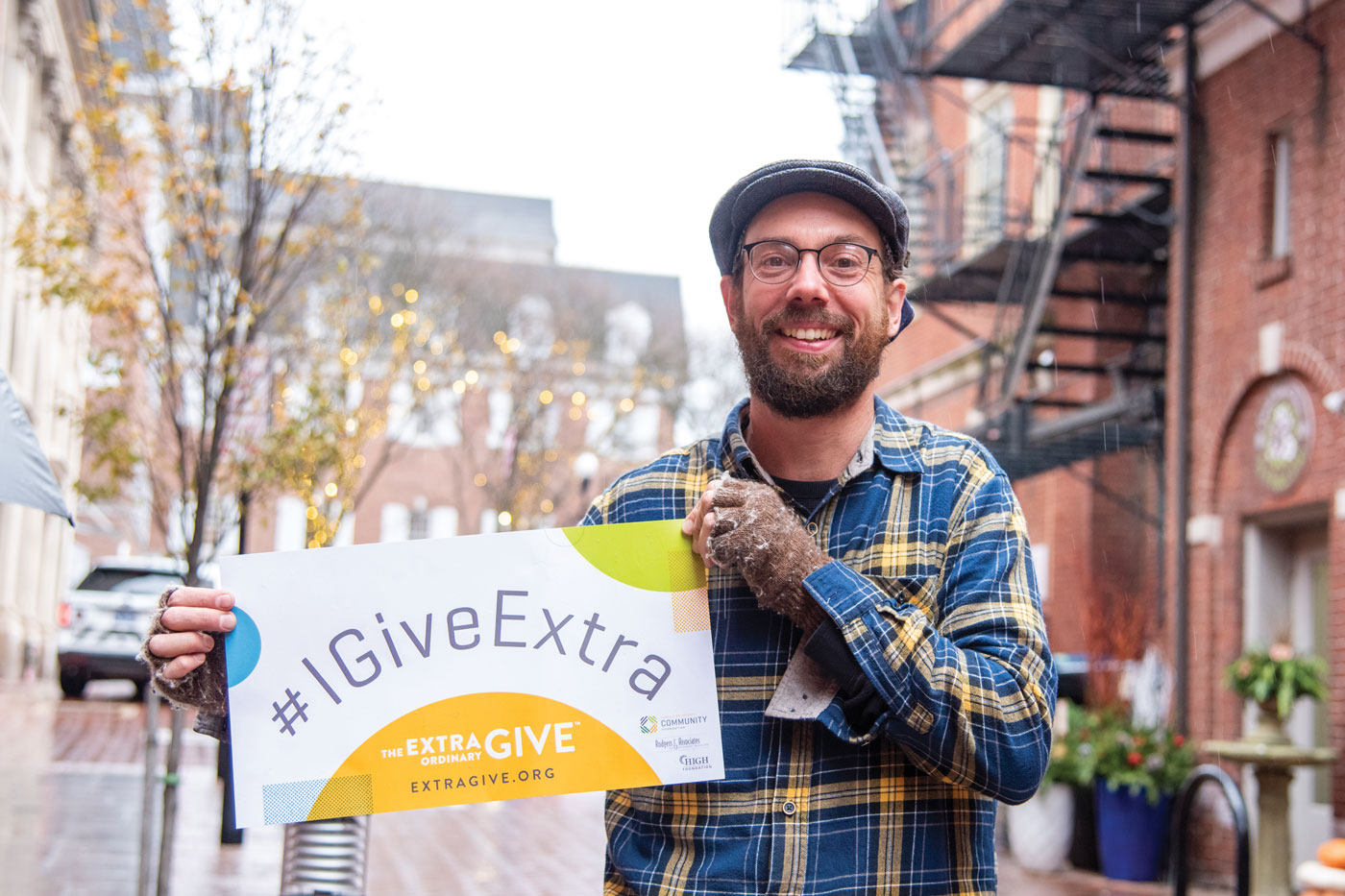 But, what about Lancaster’s biggest day of collective giving – the Extraordinary Give (extragive.org)? Friday, November 20, marks the event’s ninth year. It continues to be the most generous per capita giving day in the nation – read that again, the entire nation!  Since its start in 2012, in eight 24-hour periods, the Extraordinary Give has generated more than $53 million to support nearly 500 organizations that directly impact our quality of life in Lancaster County. 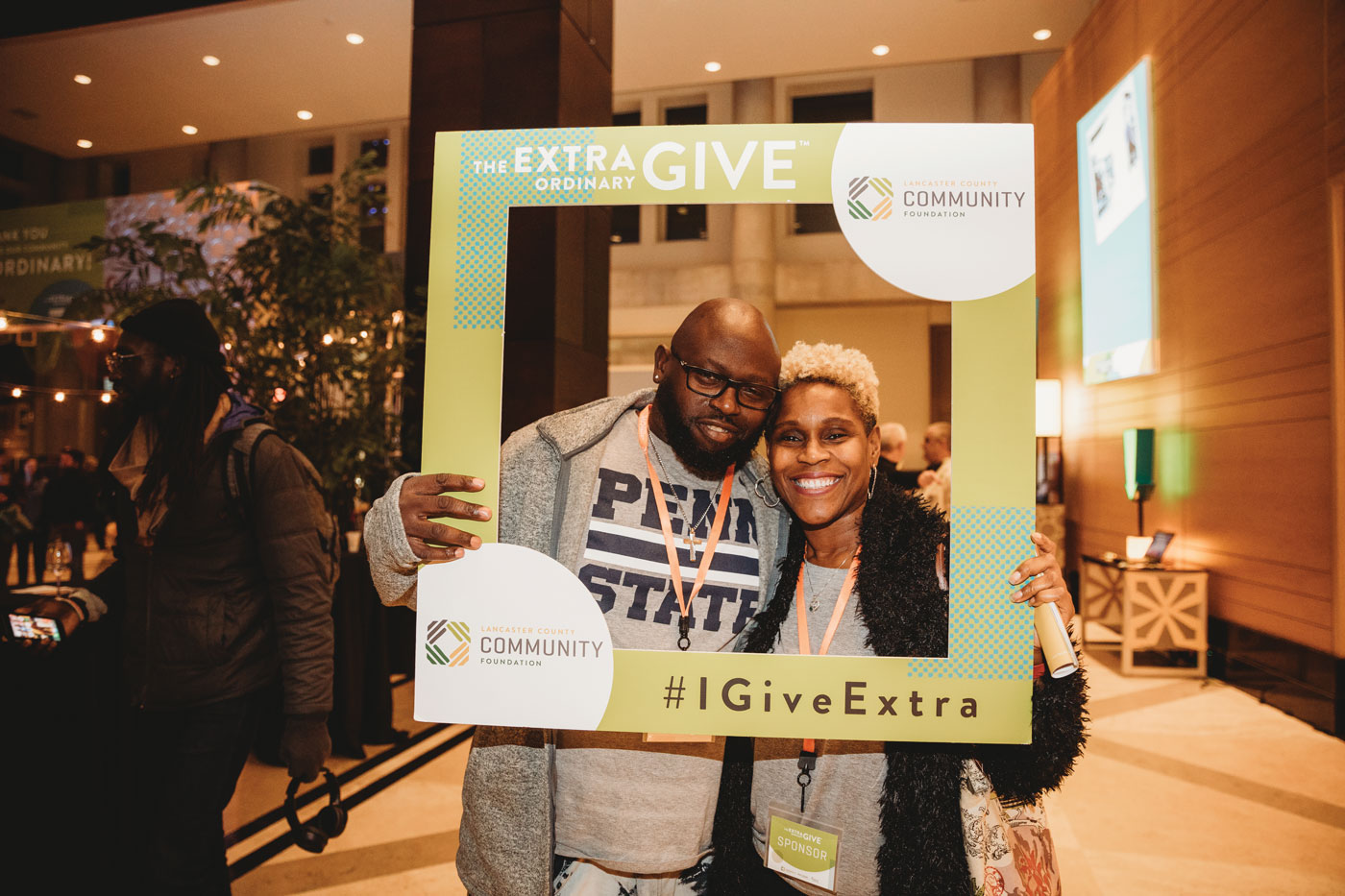 “While this year’s event will feel a bit different, the good news is that the Extraordinary Give has always been an online event,” explains Tracy Cutler, Lancaster County Community Foundation’s executive vice president. “New for 2020, the Extraordinary Give will partner with a team of creative businesses based at Rock Lititz to bring you ExtraGive CAST Live, a digital experience that will highlight extraordinary locals, music and storytelling, live prize drawings, stories from participating organizations, plus some surprise guests – right up to the countdown to our final total at midnight.”

Kudos to all our community’s organizations for their creative, nimble responses to a global crisis that has left no one untouched in its impact. Their pandemic pivots show the spirit of Lancaster County: resilience, generosity and a healthy dose of Pennsylvania Dutch determination and grit. 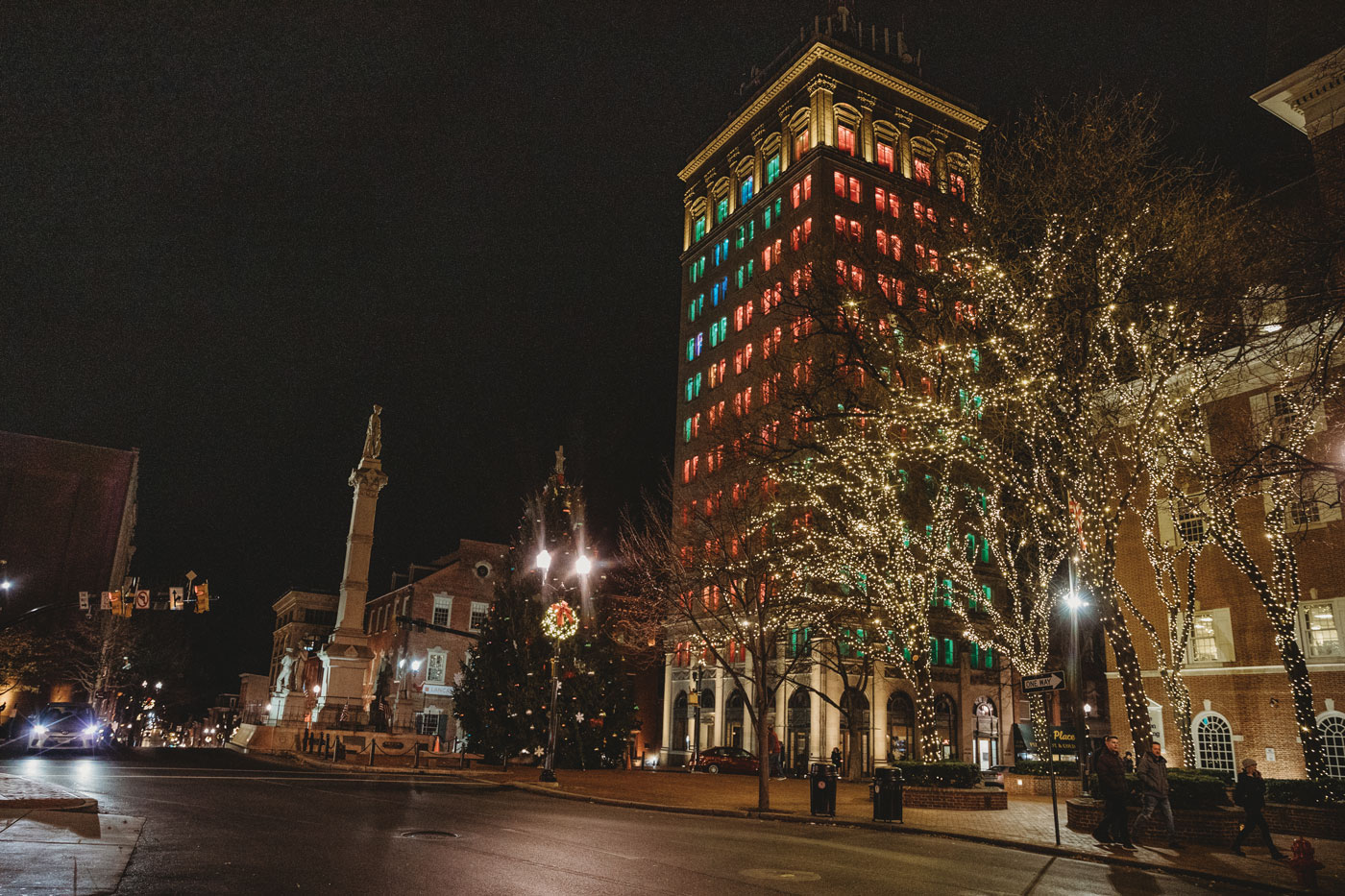 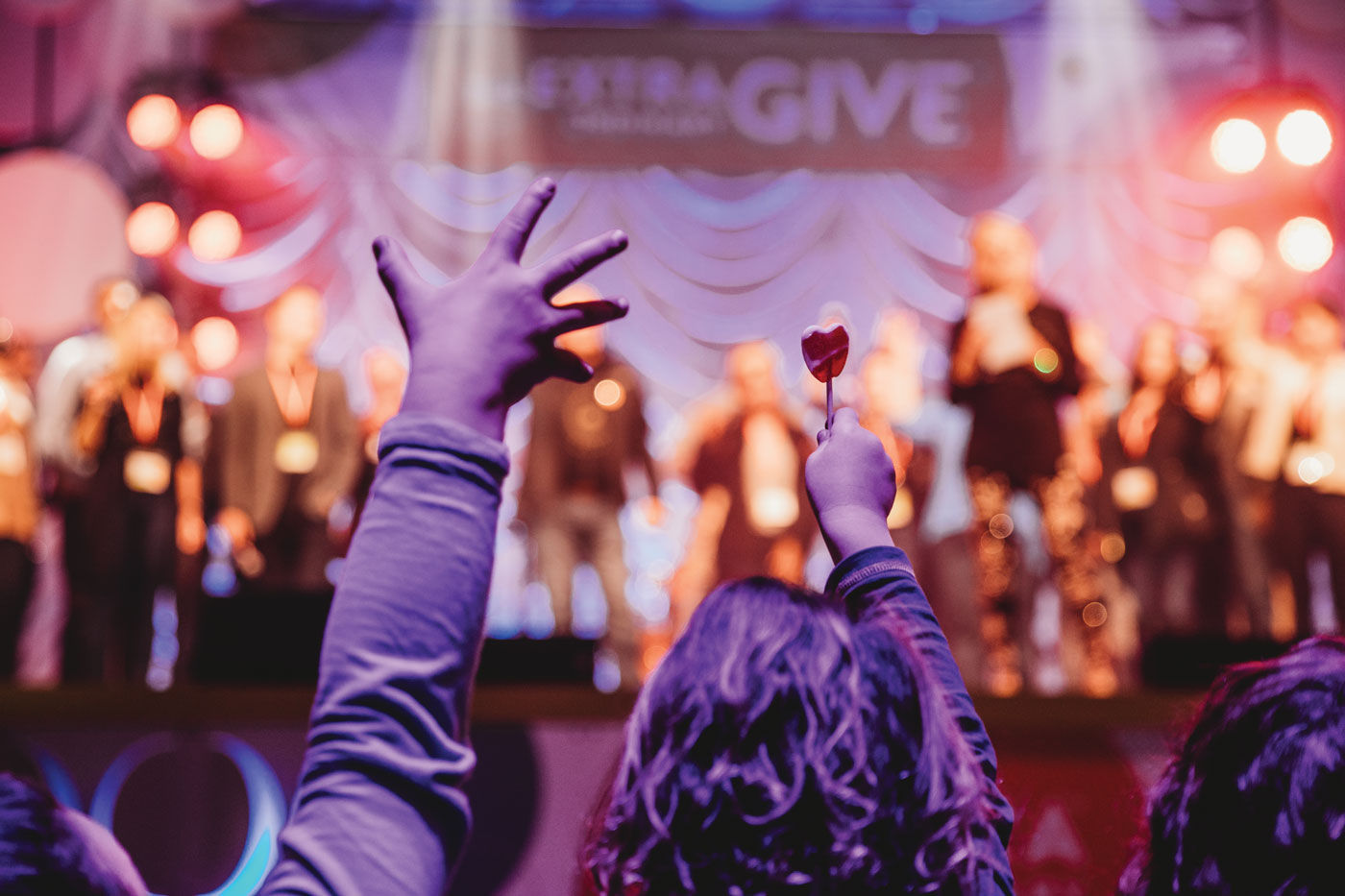