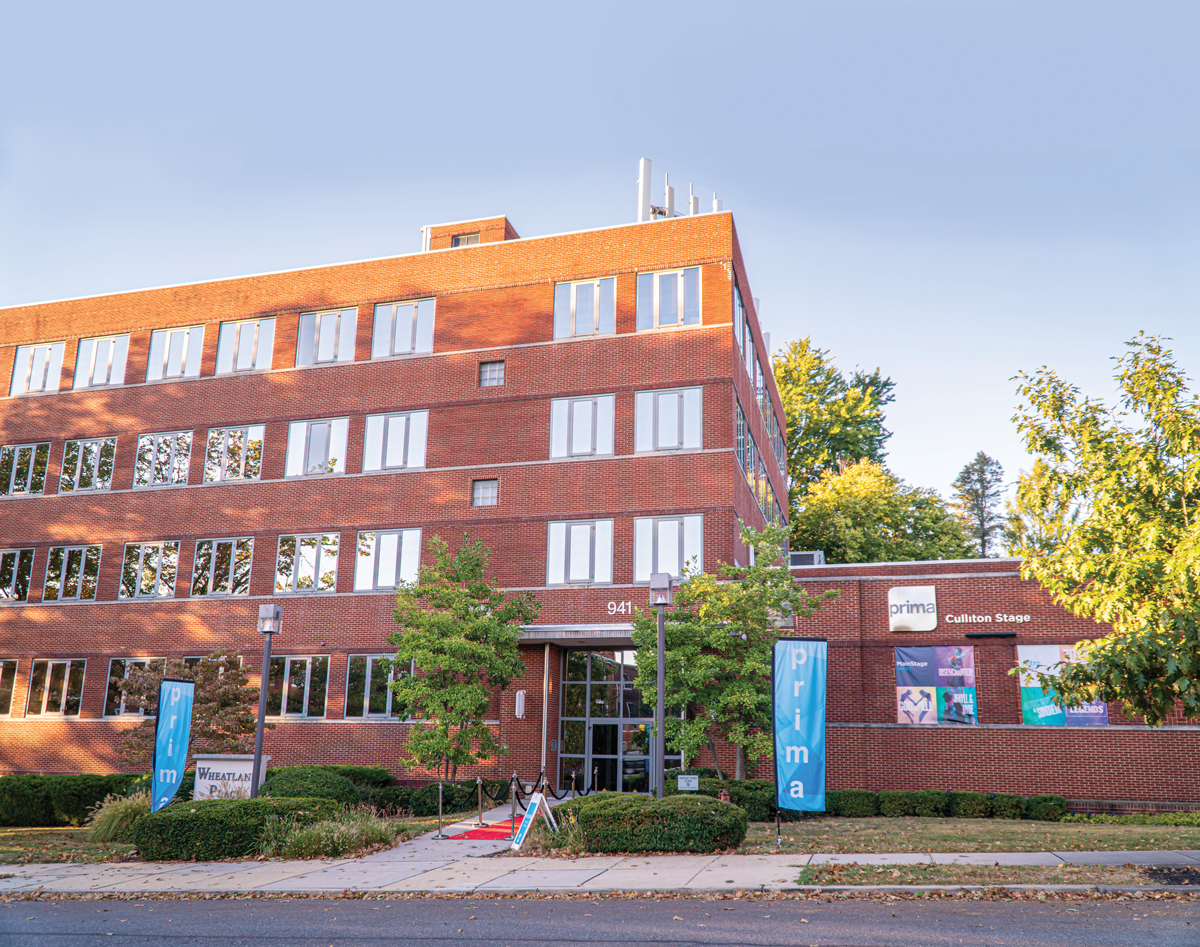 After a nomadic eight years, Prima gained a permanent home at Wheatland Place in 2018.

Before the romantic and hilarious thrill ride Calling All Kates premiered in February, I had the opportunity to talk with Mitch Nugent, Prima’s executive artistic producer. Having never been a Prima patron, I was excited to learn what makes this theatre one of the fastest-growing – trending, if you will – performing arts venues in Lancaster County.

Walking into Prima is a full-blown theatrical immersion. For example, on opening night for Calling All Kates, a spunky new musical set during a round-the-world honeymoon caught in a comedy of errors, guests were greeted by airline attendants and offered beverages from a concession cart. As the show took off, the bright lights of the little theatre tucked into Wheatland Place mimicked an airplane rising off the tarmac. Even the theatre snacks matched the onstage airline fare, an integral device in the show. 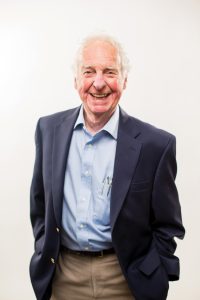 Prima’s 10th anniversary celebration will honor one of Lancaster’s most dedicated patrons of the arts, Dr. Clark McSparren. Originally scheduled for April 4, the event has been rescheduled for October 24.

Ten years ago, Prima started as a nomadic artistic experience finding homes in more than a dozen locations in or near Lancaster City. The moving-players theatre was a novel experience, but as Mitch learned, it also kept some patrons away as they struggled to be informed of each new location.

That all changed in 2018, when a philanthropist stepped up and provided Prima with the means to a home in Lancaster City’s West End. The $1.57-million project covered renovation and the lease agreement of the former Hamilton Ballroom, which is located at 941 Wheatland Avenue. The effect was transformational. Season subscriptions increased by 55 percent. Every show now comes close to selling out.

Each season at Prima is strategically planned, artistically driven and follows a set of core values. “It has to be fresh. Our mission is to invigorate people’s lives with fresh theatrical experiences,” explains Mitch. “We want people to feel like they have new pep in their step when they leave here.” 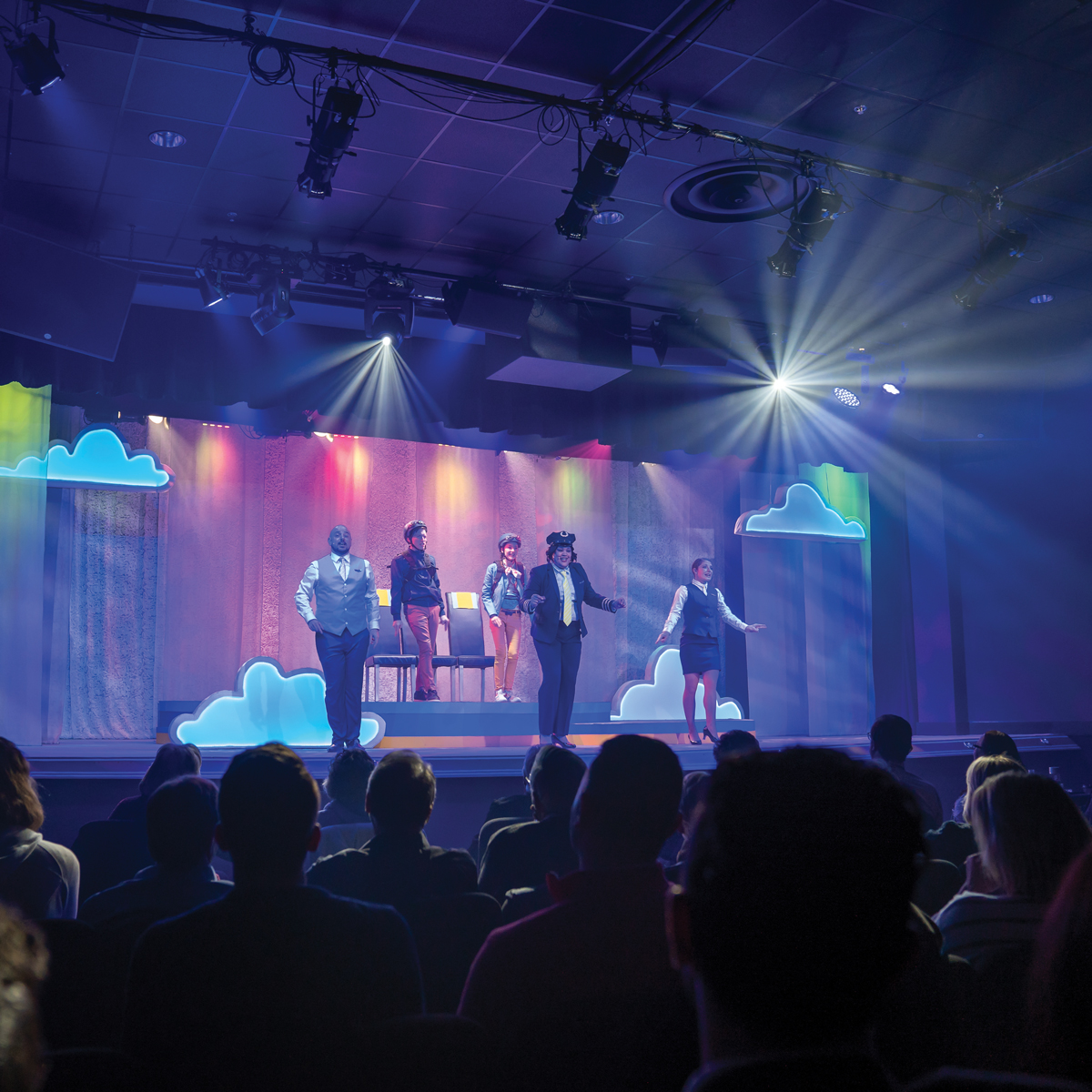 Calling All Kates kicked off Prima’s 2020 season in February.

What Prima is not is lessons in theatre history or issues-based stage experiments. However, when Mitch is planning a season, he takes into consideration the fact his audience is looking for something a little more than the standard production, something a little different than what can be found at other regional theatres.

“We’re producing Murder Ballad this year, which is a sexy murder story with a dirty rock sound,” says Mitch, who feels Lancaster has room for Prima because of its diverse tastes.

Just as the palate of the burgeoning city has moved beyond the dichotomy of smorgasbords and haute cuisine to appreciate a creative, blended dining experience, our appetite has developed a taste for new efforts on the stage. Prima is that unique flavor in the sherbet-like selection of performing arts – perhaps dragon fruit or cherimoya. “We are that boutique flavor. We’re not the theatre for everybody, but if you’re looking for something fresh, we are your cultural home,” Mitch states.

Prima’s 2020 Mainstage season kicked off with Calling All Kates and continues with Motherhood the Musical and finishes this fall with the aforementioned Murder Ballad. These are shows that will not be found on any other local stage. In fact, Kates was a regional premiere having last been performed at the Adirondack Theatre Festival in 2019.

“I went up and saw it and knew we had to do this,” recalls Mitch before explaining why the relatively unknown show was a perfect fit for Prima. “I’ve been impressed how some Lancastrian’s have embraced the new and unexpected. Lancaster hasn’t done a whole lot of new work. It is us jumping into a world we haven’t experienced before.” 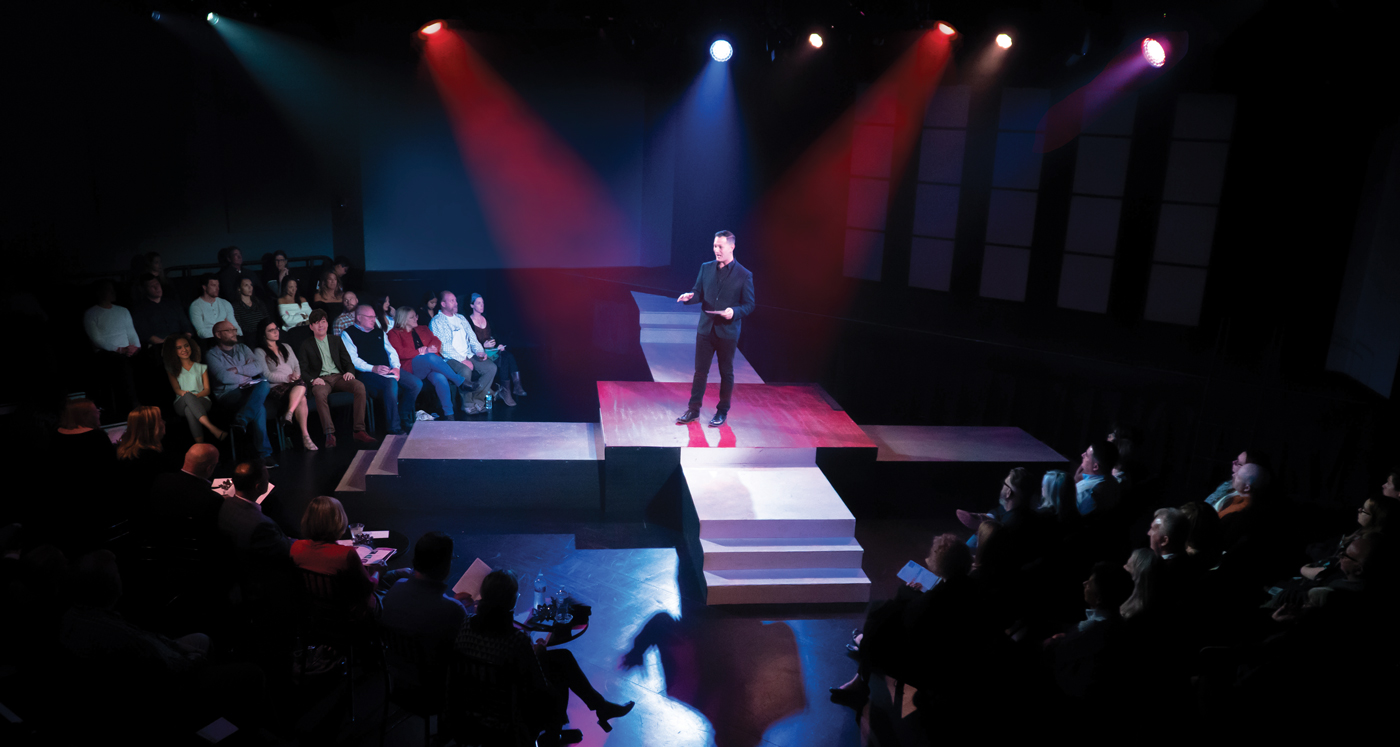 A modest idea where the story revolves around the two main characters, Kates did not require an expansive set. That’s good. Prima is “intentionally intimate,” which may be a nice way of saying the 200-seat venue is small. “What we heard from people is that they wanted intimacy from our black box theatre. They didn’t want to feel miles away from the performers,” says Mitch.

The black box approach – which is literally what it sounds like, a darkened square of a room – allows the theatre to transform as it sees fit.  While Kates operated under a proscenium arch, the room allows the theater to incorporate thrust or theatre in the round. In 2019, Prima experimented with every variation of arrangement they could.

After I gained a full knowledge of what Prima is and isn’t, Mitch led me on a quick tour of the space. Stacked with state-of-the-art lighting and sound, the visual effects of Prima productions are managed from a custom-built control booth directly above the theatre’s entrance.

“We put a ton of technology into this space,” says Mitch, who blasts the stage builders below with a few light sequences and projections. He’s showing off now. But I dig it. “It’s a rock-and-roll system. We don’t run shows at a theatre level. We run a show like a concert.”

Backstage is snug, even more than the theatre space (which is an exact opposite of the ample, free parking outside). What was once a ballroom offers easy access to a small kitchen area for simple food prep, but actors are forced to be personal and friendly in a shared, doorless green room. Storage is at a minimum. A collection of necessary equipment and props is stacked away Marie Kondo style. Almost everything that Prima is is the experience, the joy of the production; there are very few bells and whistles backstage.

Going to a Show

One of the most important things to know about Prima is how to get tickets. Since the theatre is a 3-person outfit (plus “a community of patrons and artists loyally engaged in adventurous theatrics”), box office hours are limited. (Anyone can call the box office anytime and leave a message.) As a result, says Mitch, most of their ticket sales come straight from the website. There are subscriber plans of different ranges, from full-blown VIP packages (which may include a pair of blue Prima socks) to single series seats. For details, visit primalancaster.org, call 717-327-5124 or email boxoffice@primalancaster.org.

In celebration of Prima’s 10th anniversary, the theatre will be hosting an event on October 24. The evening will honor Dr. Clark McSparren and feature a reception, a raffle, a live auction and show-stopping songs from the past 10 years. Visit primalancaster.org for details.

Calling All Kates kicked off Prima’s 2020 season in February.