Something tells me that no matter who is announced as this year’s queen, the other 11 will be thrilled for her. While Warwick’s 2017 graduating class is relatively small (when compared to other Lancaster County school districts), members of the court view that in a positive manner. “It’s nice to know everyone in your class,” one pointed out.

Members of this year’s court are in awe of the historical significance that this year’s pageant entails: Not only is it the 200th time Lititz is celebrating the Fourth of July, but it’s the 177th edition of Candle Illumination and the 76th time a Queen of the Candles will be crowned.

In addition to expressing graditude to their parents for their upbringing, members of this year’s court take pride in having grown up in Lititz. They all maintain that Lititz has nurtured them and prepared them for their next steps in life. 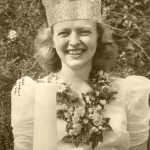 Even in 1843, Lititz’s Fourth of July celebration was searching for new ways to entertain those who gathered in the park. Taking a cue from the popular Christmas Vigil, candles made their July Fourth debut that year. From 400 candles that illuminated the park that first year, to a high of 12,000, which for liability reasons was trimmed to 7,000, what is often called a “Fairyland of Candles” continues to be a highlight of the festivities.

In celebration of the Illumination’s milestone year in 1942, the Queen of the Candles pageant was launched. The event is now sponsored by the Lititz Woman’s Club where will life take members of this year’s court? It seems they will go far, as their college plans are indeed impressive. 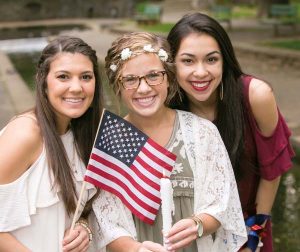 Maddie Menendez says she will miss the atmosphere of downtown Lititz when she leaves for college. She “never misses Second Friday with my friends” and counts herself as a regular at Isabella’s Ice Cream Parlor. Maddie will be attending Juniata College, where she plans to major in pre-med/biology.

Maddie Wagner, who grew up on the outskirts of Lititz, says she has always loved the early-morning drive into town for school. “Lititz has always felt like home, it’s very welcoming,” she says. “There’s a real sense of community here.” Maddie has applied to a Bible college in England and hopes to receive an acceptance letter this summer. “I also see mission work in my future,” she says.
Jordan Sweeney loves the quaintness of Lititz and will miss her job at Isabella’s. She also appreciates the fact that was able to “get to know everyone in our class.” Jordan is bound for St. Joseph’s University, where she plans to major in psychology. 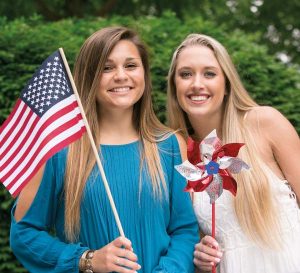 Rebecca Owsinski loves Lititz for its sense of community. “Everyone seems to know everyone,” she reports. She’s grown up attending the Fourth of July celebration and is honored to be a member of this year’s court. Rebecca will be a freshman at St. Joseph’s University, where she plans to major in marketing.

Carley Hess says she loves Lititz for its friendliness. This fall she will transition from small-town living to life in the big city, when she becomes a student at the University of Pittsburgh, where she plans to major in business. 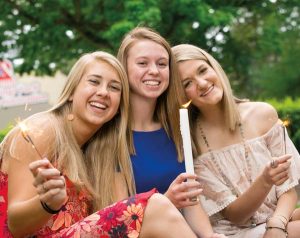 Jenna Raezer loves Lititz for the fact that there are “so many little things to do.” And, she appreciates the “close-knit” sense of community that exists in Lititz. Jenna will be attending Millersville University, where she will major in art education.

Carson Armstrong names Lititz’s “close community” as being what she loves about her hometown. Carson will be attending Lock Haven University, where she plans to major in physical education and health. She will also be playing lacrosse at Lock Haven.

Kayla Rohrbach says she is appreciative of growing up in a small community. “There are a ton of caring people here,” she says of Lititz. Kayla will be attending the Pennsylvania College of Health Sciences and hopes to become a pediatric nurse. 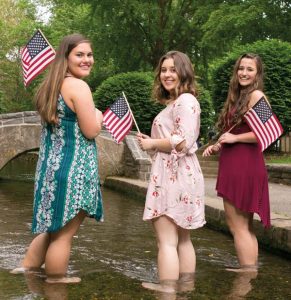 Maddie Armstrong says she will always cherish Lititz. “I feel so fortunate to have grown up in such a caring town,” she says. Maddie will be attending Virginia Tech, where she will begin her quest to become a pediatrician.

Laura Kramer possesses a unique appreciation of Lititz. Having moved here in the seventh grade, she says she “had no idea a town could be so close-knit.” Laura will be attending Penn State University (Berks Campus), where she will major in veterinary and biomedical sciences.

Taylor Gonzalez says Lititz is filled with “great people; everyone supports each other.” She will be attending the Pennsylvania College of Technology, where she will also play soccer.

Note: The twelfth member of the court, Hannah Reinhart, was unable to attend the photo shoot. 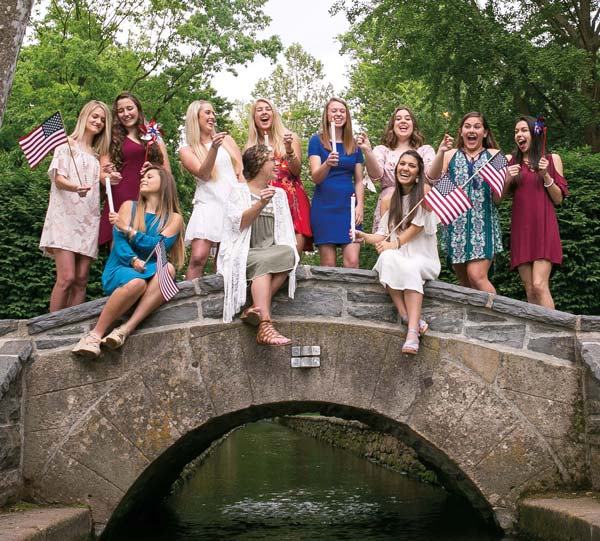