Wellness in a Bottle
Search

Even a simple soup can be tweaked and served in a shot glass to create the perfect cold-weather hors d’oeuvre. Recipe makes approximately one dozen shooters. 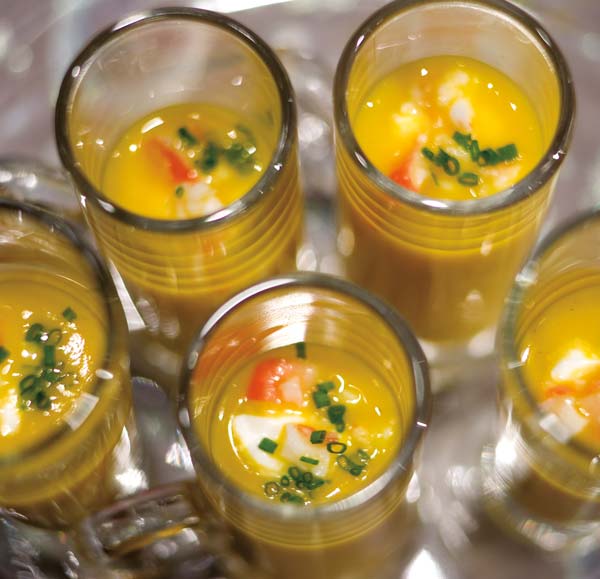