The holidays are filled with traditions. Sometimes traditions need to change. As families grow and shrink, regular customs can be lost, forgotten or just unnecessary. I thought about starting some new traditions and wondered what was going on outside my own Yuletide. 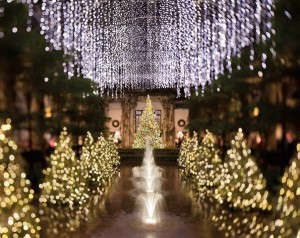 Get outdoors! The real winter winds of January and February are still a bit away. For December, Lancaster County has an average high temperature of 42 degrees, so there is still a chance to take in a hike at local parks and along trails. If you haven’t explored the Northwest Lancaster County River Trail, which now stretches between Columbia and Bainbridge, put it on your to-do list. Susquehannaheritage.org

If it’s too chilly on Christmas Day, you could always commune with nature indoors at Longwood Gardens.

A Longwood Christmas, which runs from November 25 until January 8, features 16,000 seasonal plants including poinsettias, cyclamen and anthurium inside the 4.5-acre, heated conservatory. At the center stage of the exhibit stands a 30-foot floral tree made up of poinsettias, euphorbias and white phalaenopsis orchids. A fully decorated 18-foot Fraser fir stands in a rotating music box in the Music Room, while a 22-foot tall concolor fir, decorated in red and gold, stands next to the antique baby grand piano. For those who love model trains, the Garden Railway operates during regular hours near the Terrace Restaurant.

Outdoors, more than 500,000 lights adorn 124 trees. The tallest tree is more than 90 feet high! One of the most popular displays is the Wildlife Tree, which is decorated with edible ornaments made from wheat, apples and birdseed for the local critters to enjoy. To keep visitors toasty, three fire pits created by local artisans are placed throughout the area. 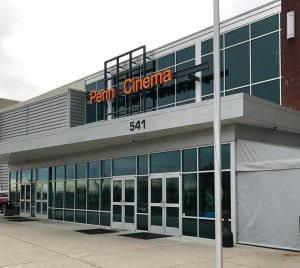 One of the busiest days of the year for Penn Ketchum is Christmas Day. His 14-screen (plus one IMAX screen) Penn Cinema sells out many shows during the day.

“We have people of the Jewish faith. We have people who are not with their families, and we also have tons of families who come out before or after their Christmas dinners. It’s a big day,” says Penn.

This year, Lucasfilms kicks off the unofficial holiday run on December 16 with Rogue One: A Star Wars Story. The film has been embroiled with reshoots and brings speculating fans back to the time between Revenge of the Sith and Star Wars: Episode IV A New Hope (a.k.a. the original first movie). On December 23, six movies will vie for top billing, Passengers, a sci-fi featuring Jennifer Lawrence; Sing, an animated story of a koala voiced by Matthew McConaughey; Assassin’s Creed, based on the popular video game; Patriot’s Day, the historic drama set around the Boston Marathon bombings, with Mark Wahlberg; A Monster Calls staring Sigourney Weaver; and the surefire money maker Why Him? with Bryan Cranston and James Franco.

For those trivia buffs out there, the highest grossing Christmas movie to ever hit the screen was 2000’s How the Grinch Stole Christmas, which raked in more than $260 million in the U.S. alone. 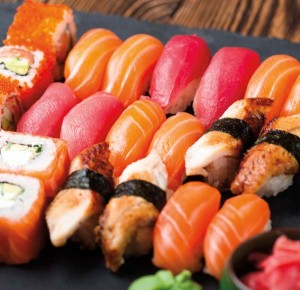 The debate over which movie is the best Christmas movie will rage on eternal. Near the top of almost everyone’s list is A Christmas Story. The 1983 comedy of errors surely ranks among classics such as It’s a Wonderful Life and Miracle on 34th Street. Who can forget the scene at Chop Suey Palace when the Parker family is serenaded by kitchen workers, and their “Christmas turkey” arrives with its head still attached.

In keeping with that theme, one of my favorite places to gather with friends and family is Dragon Hibachi & Sushi Buffet, and they are open on Christmas Day. This neo-contemporary-designed eatery offers a big enough selection so that even picky eaters can get their all-you-can-eat fill. I go for the selection of raw oysters and the sushi, which is rolled fresh. The kids always love the massive selection of desserts and fresh fruit.

If I want a more refined and intimate setting, I go to Mojo in The Shoppes at Bloomfield Village. Open since 2008, Mojo was Lancaster County’s first Asian-fusion restaurant, combining cuisine from different parts of the eastern continent with a distinct flair for presentation and high quality.

Mojo offers all the standard items expected from a place offering carryout service – like shrimp with broccoli and General Tso’s chicken – but also makes some mean curry dishes. Of course, Mojo offers a delicious selection of specialty sushi rolls, but the star here is the Peking duck.

Served half or whole, the duck is slow roasted for hours to reduce the fowl’s thick layer of fat. The result is crispy skin atop succulent meat served with scallions and Hoisin sauce and thin crepes. Mojo is also open Christmas Day, and I guarantee the Parkers would be envious. 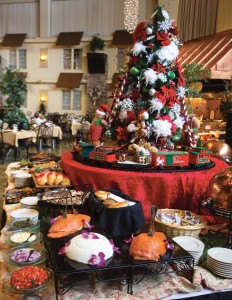 While we’re on the subject of food, maybe a staycation is in order for a Christmas Day meal. No cooking, no clean-up! If you find that appealing, check in to the Eden Resort & Suites. Central PA residents are offered an exclusive discount offer: rooms at 25% off the standard rate. Using the hotel’s club card gets diners 25% off any meals purchased at Garfield’s, Arthur’s Terrace or Encore Lounge (a breakfast buffet for two is included in the package). “We are victims of our fantastic reputation,” says Teresa Roda, director of sales at Eden Resort & Suites.

Of course, the Eden is known for its Champagne Sunday Brunch. The Eden’s Christmas Brunch is also a hot ticket, but be forewarned that it sells out well in advance. The menu differs from year to year as the culinary team at the Eden highlights seasonal fare. The grand buffet includes items such as made-to-order omelettes, crab cakes and steaks. For dessert, citrus tarts, chocolate-covered pretzels and other confections indulge the sweet tooth.

After brunch, you can get a jump start on your New Year’s resolution and burn off some calories in the resort’s fitness center or relax by the indoor pool. To take advantage of after-Christmas sales, the Central PA Residents package includes a coupon for a Tanger Outlet discount book with over $500 in savings. 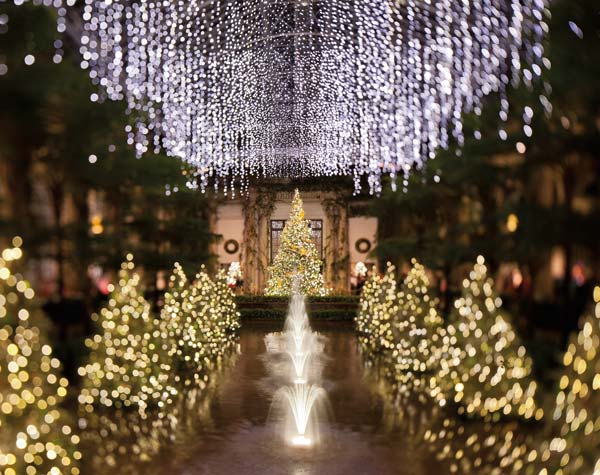